There’s quite a few prime steakhouses in San Diego, and being a big lover of steak, I’ve dined at almost all of them at some point or another. Donovan’s has been on my to-do list for quite a few years, as many have proclaimed it the best steakhouse in San Diego.

I’ve actually been to Donovan’s before, but only for their happy hour, which is quite popular because they offer complimentary samples of filet mignon sandwiches during the cocktail hours.

BF and I made a date to check out Donovan’s after discovering that they have been offering a three course prix fixe menu.  For $45, you choose from the following:

Starter. Choice of One.

Entree. Choice of One.

Dessert. Choice of One.

All dishes are also served with mashed potatoes and vegetables. With most of their steak entrees priced around $40, this is a pretty great deal to check out the food at Donovan’s.

We chose the La Jolla location, which offers complimentary valet parking. Once inside, we stepped into the dark atmosphere that is classic of many steakhouses.

We were seated in a small dining room area that was separate from the main dining room. I enjoyed the quiet this room had to offer. It was also completely decorated in San Diego Charger’s memorabilia.

Shortly after being seated, we were given some chilled filtered water and hot bread and butter. The bread was good, but nothing extraordinary. I couldn’t help but think of the bread and flavored whipped butters from Fleming’s, which remains one of my favorite complimentary starters from a restaurant. 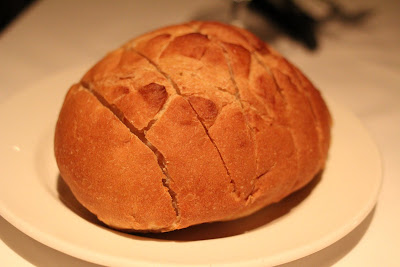 For the appetizer, I chose the soup of the day which was cream of mushroom.  Donovan’s take on it was just alright for me. I liked the variety of mushrooms used, but the base of the soup could have used some work. 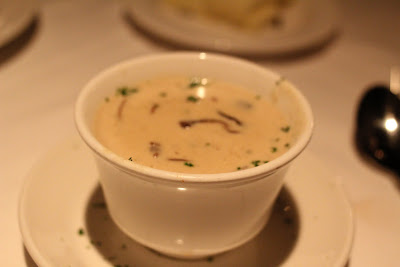 BF started off with the Caesar salad, which I preferred over my soup. 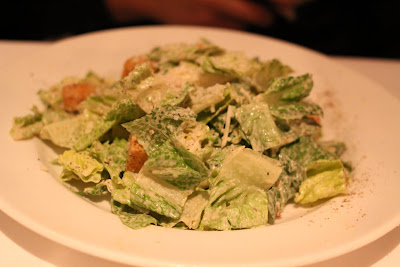 For our main course, we both chose the twin prime filet medallions. 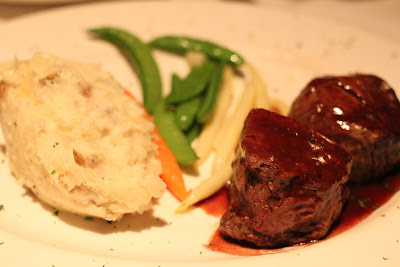 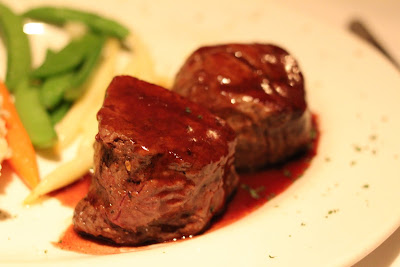 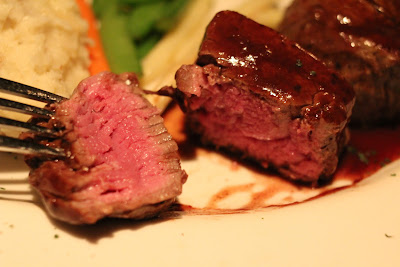 We both requested a medium rare cooking temperature, and the steak was cooked just perfectly. The steaks were cooked in a port wine demi glace sauce. I wished they were cooked without any sauce. I prefer to taste my steak with just some minimal seasoning. I thought the sauce detracted from the taste of the steak. 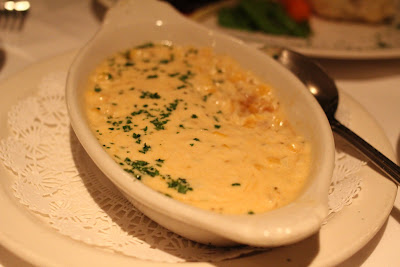 We chose to add a creamed corn side to our meal. I’ve had many variations of creamed corn and Donovan’s is my least favorite. The creamed corn sat on some crispy polenta. The polenta made up the majority of the dish and there was very little actual creamed kernels. The cream sauce was also very liquidy, to the point it was really a soup consistency. The kernels of corn was also very dry. The dish tasted to me more like a corn muffin drenched in gravy rather than creamed corn.

For dessert, I chose the chocolate mousse and BF chose the cheesecake. The desserts were pretty standard, neither of them really standing out. 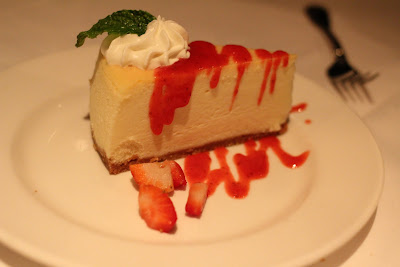 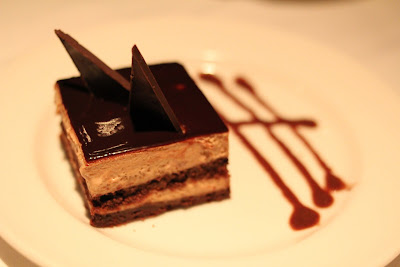 The service was attentive and the steak was cooked well. Overall though we both left a little disappointed after hearing so many good things about Donovan’s. Out of the steakhouses in San Diego that I’ve tried, I give the slight edge to Fleming’s.

I think in terms of the steak, the Big Three steakhouses in San Diego (Morton’s, Fleming’s and Donovan’s) are all on pretty equal footing when it comes to preparing their steak. But I think Fleming’s offers a better starter dish and better desserts and they have some great monthly dining deals.