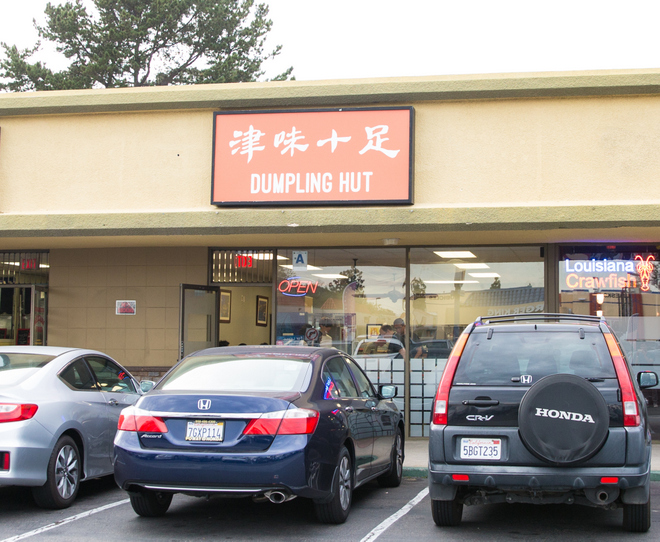 Dumpling Hut recently opened in the Convoy area. The restaurant makes all their own dumplings in-house.

I’m always on the search for good dumplings in San Diego and went in hoping for the best. Despite only being open a few weeks, the restaurant was completely packed. Luckily, we were able to snag one small open table.

Things didn’t get off to a good start. We were given menus but could not get anyone’s attention to take our order, even as we watched people arriving after us have their orders taken. There was no air conditioning and the restaurant was extremely warm and stuffy. After about 20 minutes of trying to get someone’s attention, we finally were able to place our order. 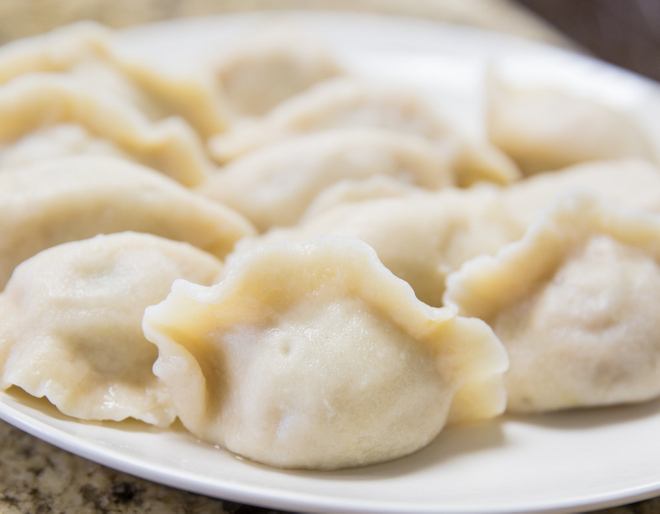 The first to arrive were the boiled dumplings. The thick skins definitely tasted homemade. They had a good chew and thickness to them that I liked. The filling itself was okay, but nothing particularly special. Still, I found the dumplings skins here far better than any of the other ones in San Diego. 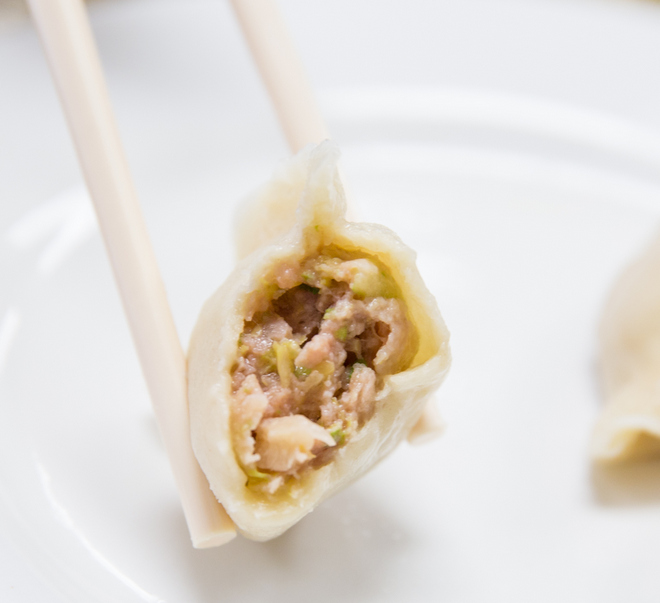 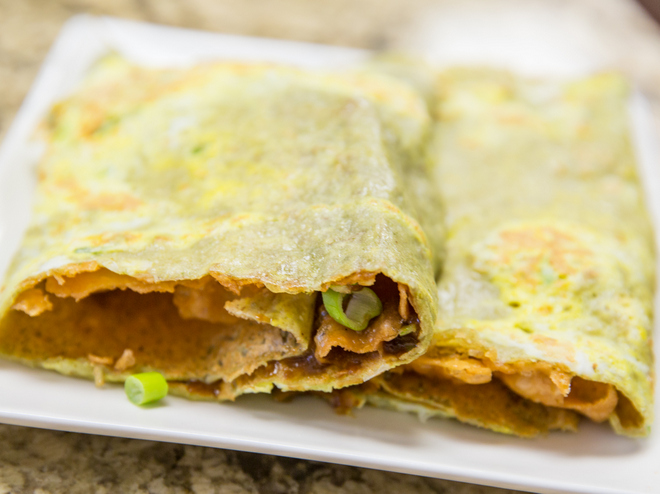 We couldn’t help but notice that nearly every table was ordering this dish, so after asking what it was, we ordered it too. I’m not familiar with this street dish and this was my first time eating it. From my research, it originated in Tianjin and is quite popular in Beijing. The version here consisted of an egg crepe, stuffed with a crunchy deep fried cracker, scallions, and a thick soy bean paste. I didn’t really enjoy the flavors, but I’m not sure if it was this version or I just don’t like the dish. I found the bean paste unevenly distributed, making some parts bland and some parts too salty. 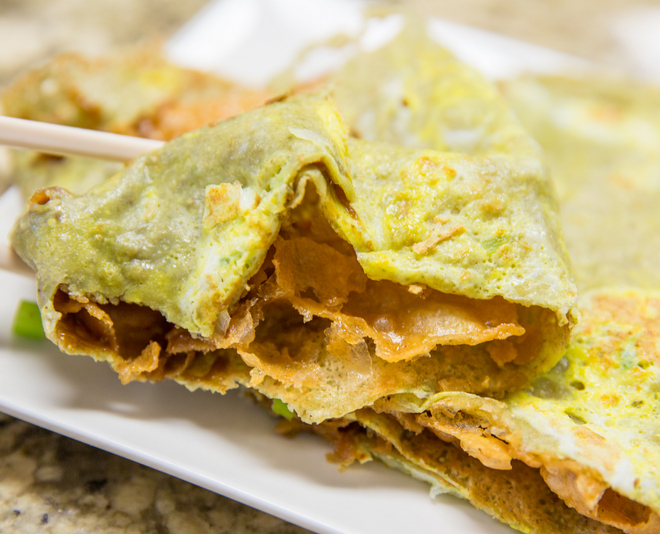 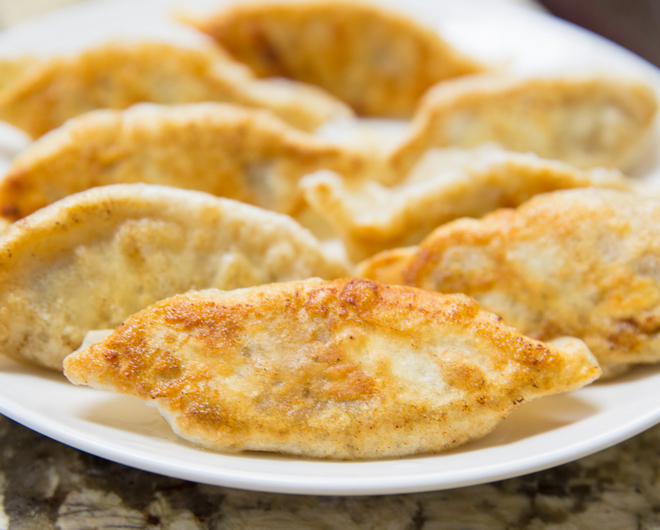 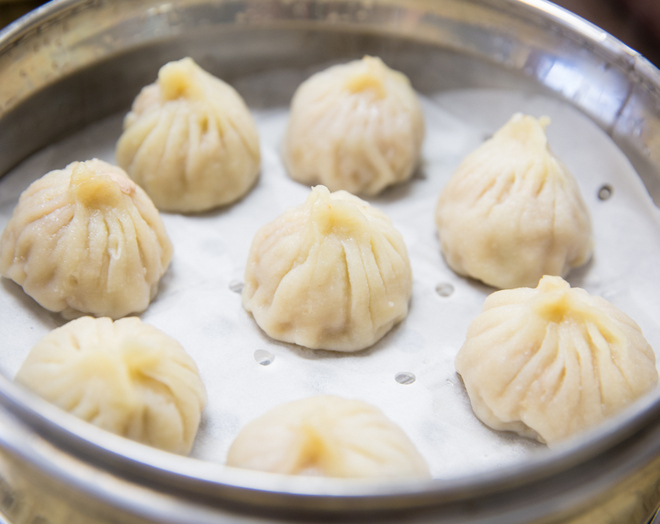 We have yet to have any good xiao long bao in San Diego, a delicate pork soup filled dumpling, but we are always looking. As soon as these came out, I knew they would be bad. Actually I think they looked much worse in person than in the photo. The skins were far too thick to be good. Good XLB have a delicate, thin skin. Not only were the skins thick and gummy, but there was no soup in the dumplings. Whatever soup they might have had had somehow disappeared and we were left with a slightly moist pork filling. 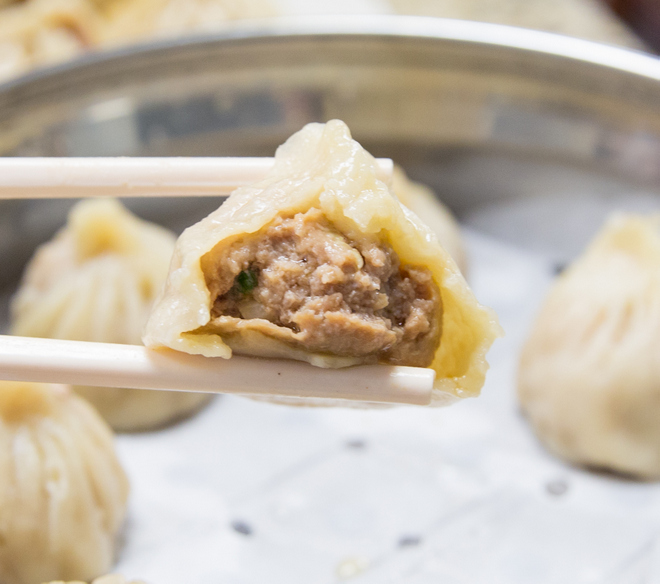 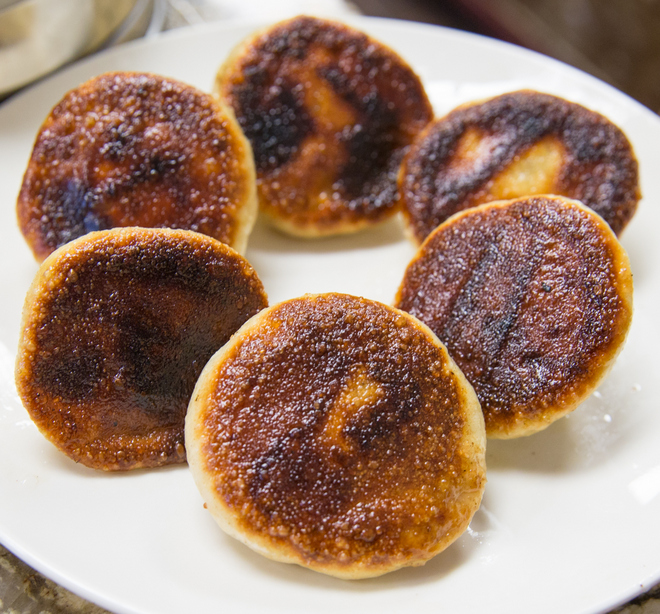 I had been most excited at seeing Sheng Jian Bao on the menu. They are similar to a Xiao Long Bao, but with a doughier skin, larger size, and the bottoms are pan fried until crispy. Our plate looked over-done, with the bottoms a dark brown, bordering on burnt. The biggest issue though, was that there was no soup in the filling, which is what makes these dumplings so special. While the XLB at least had some moisture, this filling was bone dry. 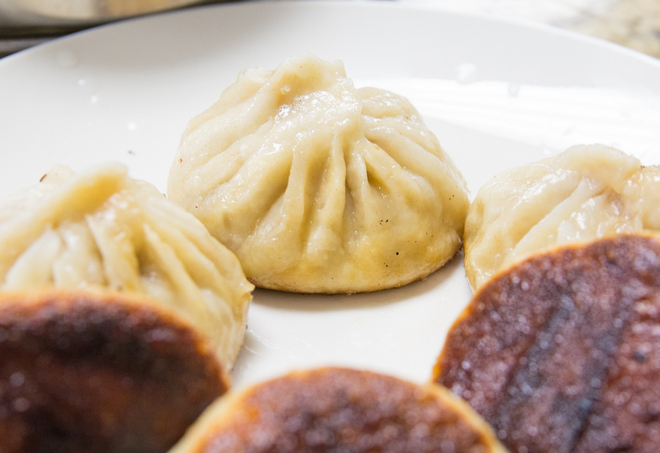 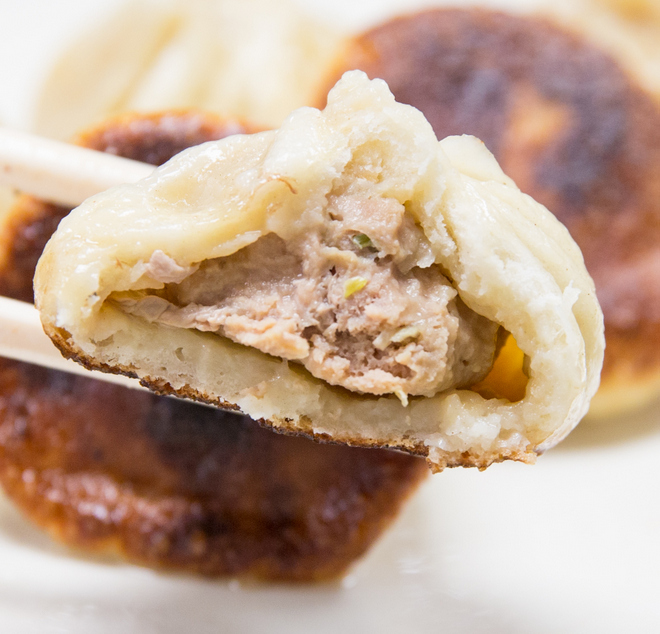 Overall, we had an okay visit here. The owners seem really nice so I hope the best for this place. I do like that they are making all the dumplings in-house and I would come back for the regular boiled dumplings and potstickers, but I wasn’t very keen on the other items. I really hope that they improve on service though because it was quite frustrating. We had to ask for napkins, silverware. We saw orders mixed up several times.

For some more takes, check out Kirk and Faye’s visits.