Welcome to another addition of Seafood Fridays. Despite my discussion last week of how easy it would be for me to stick to eating only seafood on Friday, I spent most of last Friday craving steak like crazy… Hopefully it’ll be better this Friday.

Last Friday I concentrated on the Lent fish/seafood options from fast food burger chains. This week I’m concentrating on seafood options from sandwich shop chains. And since this post is sandwich-themed, I’ve got a giveaway for 5 gift cards to Firehouse Subs, a fast-casual chain specializing in hot subs with more than 730 locations. More details about the giveaway and Firehouse Subs at the end of this post. 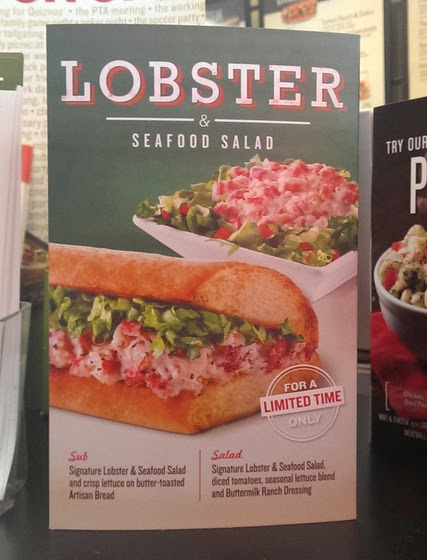 The sandwich didn’t look much like the advertised version. Inside the toasted sub is some lobster meat mixed with other unspecified seafood. The taste reminded me of the imitation crab meat, but with a slightly different texture.

This was an okay sandwich for me, but with the higher price point, I’d rather order one of my other favorites at Quiznos. 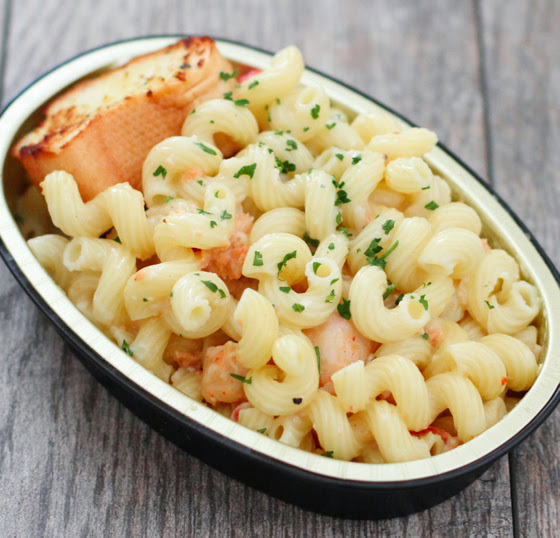 After a so-so experience with the lobster sub I didn’t have as high expectations going into this one. But I ended up really liking it. They use a mild thin cheddar cheese sauce with cavatappi pasta. Normally I don’t like thin sauces for macaroni and cheese, but for the lobster version it works well because the cheese flavor doesn’t overwhelm the delicate lobster seafood. The lobster chunks are again a mix of lobster and seafood, like the ones used in the sub. There seemed to be more chunks in the pasta, which I also liked.

One of my biggest issues with lobster macaroni and cheeses is that often the cheese and lobster don’t really mix. The lobster seems more like an afterthought. But the sauce and lobster seafood chunks for the Quiznos version was actually a good pairing. The sauce was light but still cheesy and blended well with the subtly sweet lobster chunks. I would get this again. 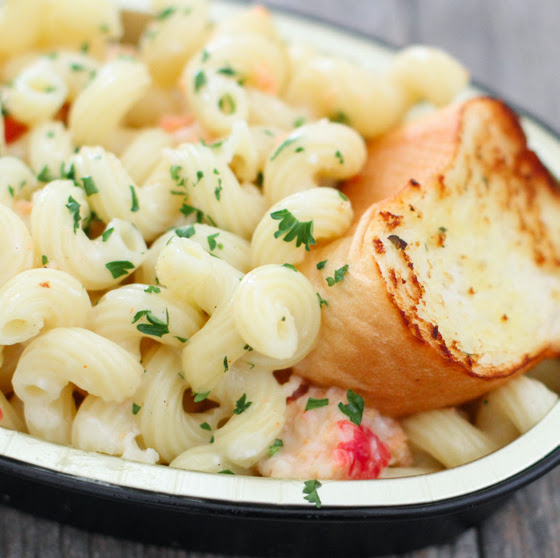 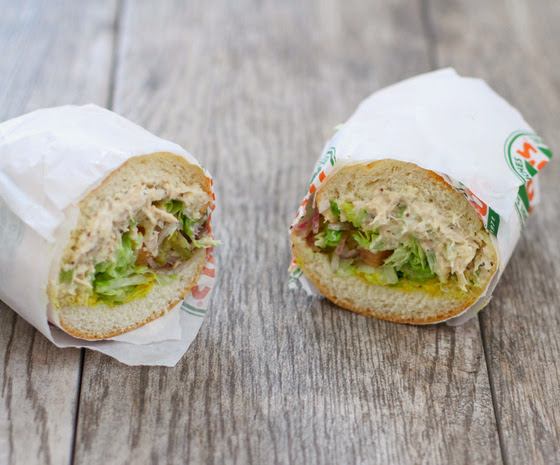 Togo’s has a regular tuna sub on the menu but for Lent they also brought back a lemon pepper variation. They do either the cold sub or there is also an option for a “hot melted” one with melted cheese. I stuck to the cold sub. The special tuna sub was priced slightly higher than the regular tuna (twenty cents more). Mr. K loves lemon pepper anything so he loved the variation on the regular tuna sub. I liked it as well, though I didn’t like the higher price.

I had a hard time finding any other sandwich chain specials for Lent. Subway offers a tuna sub, but it’s the regular one that is always on their menu. Let me know if I missed any!

And now onto the giveaway. I recently was invited to a Founder’s dinner at the San Diego Firehouse Subs location with co-founder Robin Sorensen. The founders are former firefighters and they now have over 730 locations. Robin Sorensen was quite funny and gave us a good overview of the company and their vision. We also got to sample some subs.

Some highlights from the dinner: 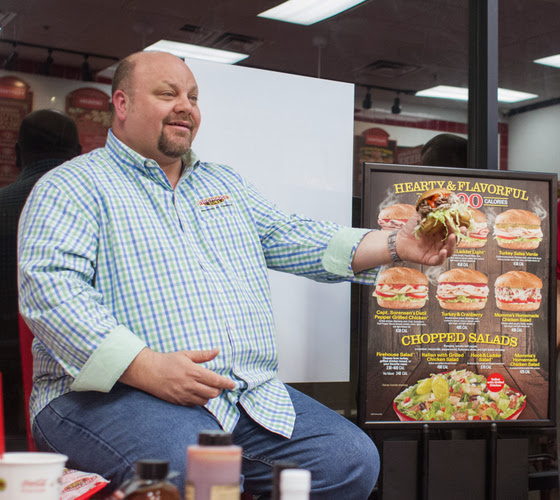 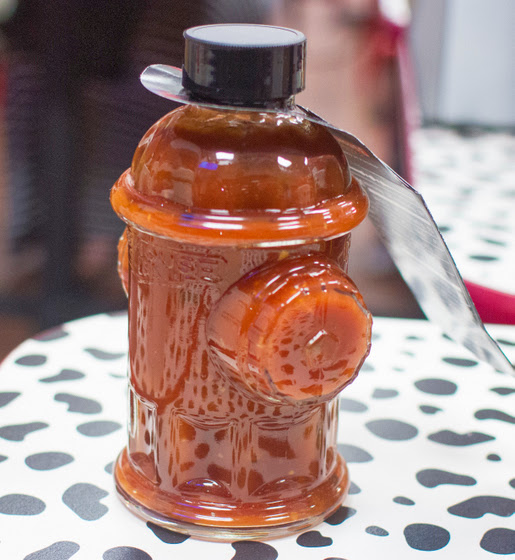 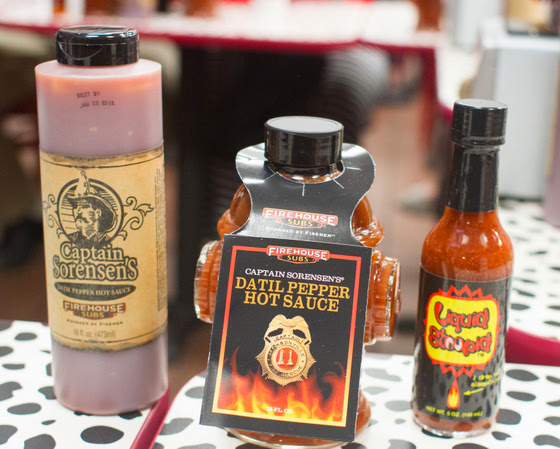 Freestyle Coca Cola machine. I’ve seen the freestyle coke machines pop up at many places and so I didn’t really think much about it until Robin told us they are the only company who has their recipe included in the machine: the cherry lime-aide. 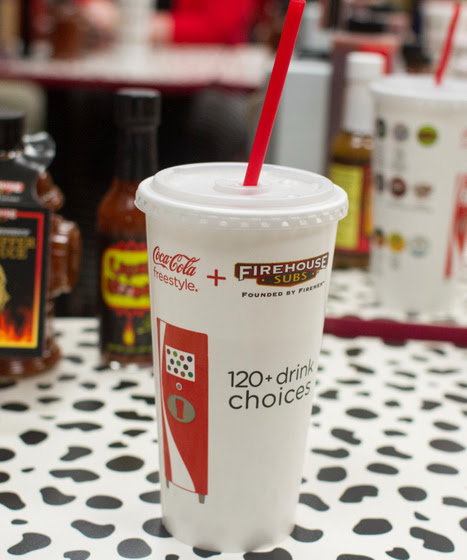 We tried a trio of sandwiches: Hook & Ladder, NY Steamer, and BBQ Brisket. My favorite was the Hook & Ladder which came as a surprise to me because I don’t usually like ham, but the ham they use is quite delicious. It’s light, slightly sweet and goes well with the smoked turkey. The NY Steamer had their signature (double yolk) mayonnaise spread on the pastrami sandwich which the former New Yorker in me just couldn’t accept. I would get it again, but without the mayo though.  The brisket was a little lacking in smoky flavor for me. 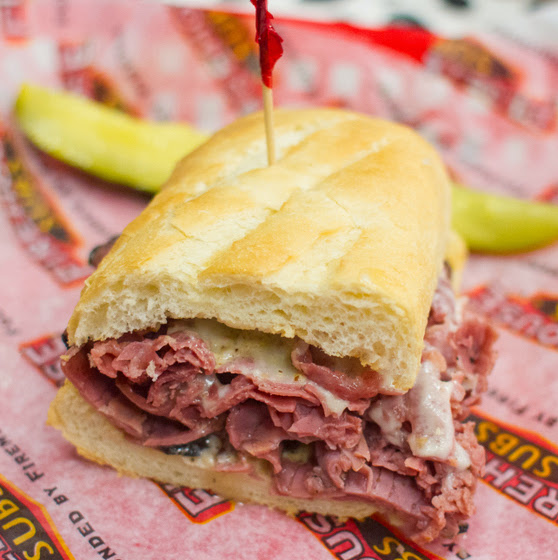 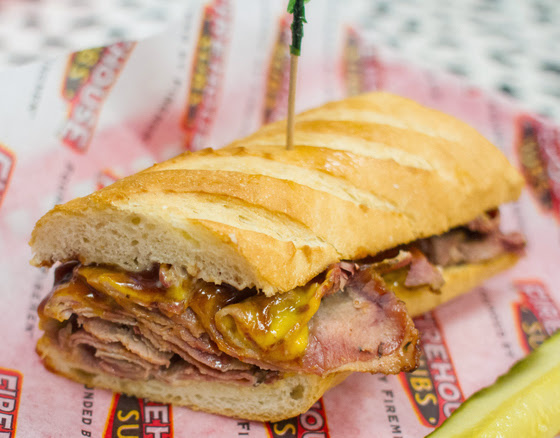 Overall, we had a good time at the dinner. It was fun to meet one of the founders and we enjoyed trying various subs. I do want to come back and try more. You can read Jinxi’s post and Mary’s post from the dinner event too.