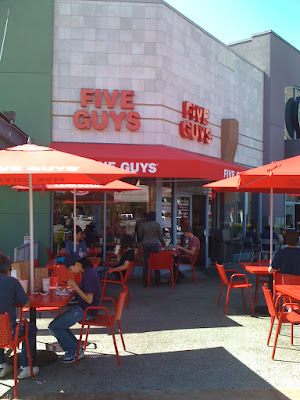 If you haven’t yet tried or heard of them, Five Guys is a popular burger chain that originated on the East Coast. It is often compared to In-N-Out for those of us on the West Coast. 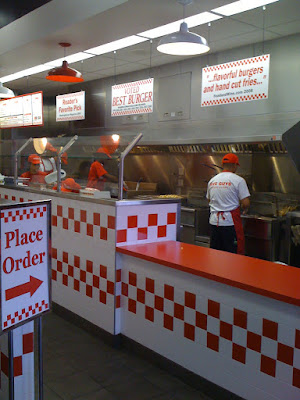 However, while In-N-Out remains only on the West (to the despair of my Cali friends who have moved to the East Coast), in the last few years Five Guys has expanded across the US, and now has many locations on the West Coast. I’ve seen quite a few pop up in San Diego this year. 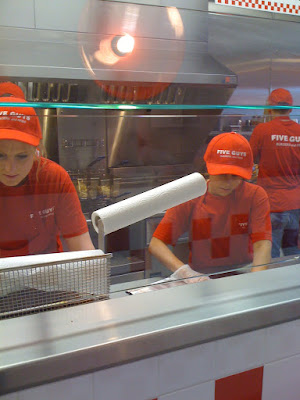 This weekend, we noticed the opening of a new one in the Costa Verde plaza, and decided to stop by for lunch.

There are many things about Five Guys which I think make it so appealing and popular. While it is a fast food shop, the burgers are made to order and completely customizable. There are a few basic burgers to select from, and then you are given a list of toppings you can add (all free). With each topping, you also have the option of choosing a light layer, regular, or extra. 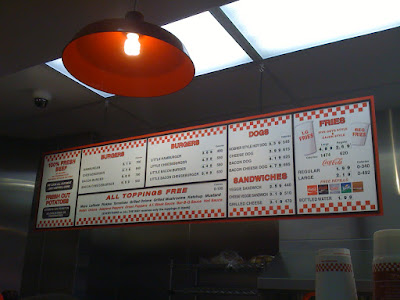 Five Guys also offers the option to place your order online, allowing you to play around with your customization and avoid lines at the restaurant. 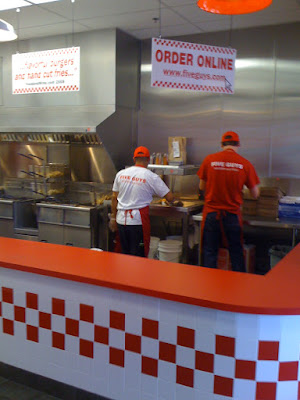 While you wait for your burger, they have roasted peanuts for you to munch on. One of the features the Future husband (“FH”) was really impressed with was the high tech soda machine. The soda choices are all on a touch screen, and rather than having several dispensers, there is only one dispenser pouring out the soda of your choice. 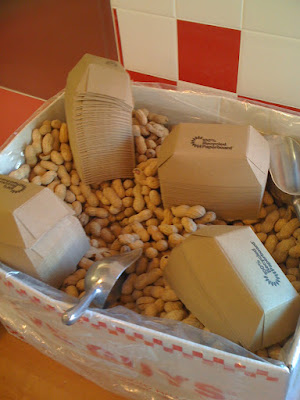 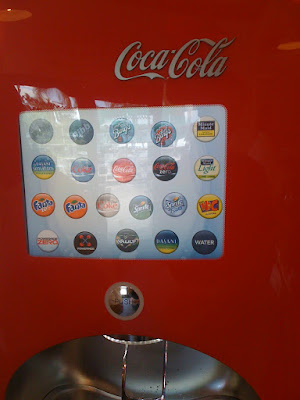 All these different features of Five Guys may be a little daunting and confusing for someone without prior knowledge of how Five Guys operates.  And by “someone,” I mean people like FH. This post is actually about our second trip. FH first noticed that Five Guys had opened up while running errands and decided to pop in and get a burger without me. He got it to go and then was yelling “OH MY GOD!” when I opened the door to greet him, making me think that something horrible had happened. Then he shoved an oily brown bag in my face, and I figured it wasn’t something tragic.  On his first visit, he didn’t know about the peanuts, waited in line for a while (peak lunch hour), and ordered a burger without most of the toppings or any sauce and then wondered why his burger was so plain. I couldn’t believe it. So we went back again the next day, and this time, we got things right.

When we got there, our order was ready, but we got some complimentary peanuts first. 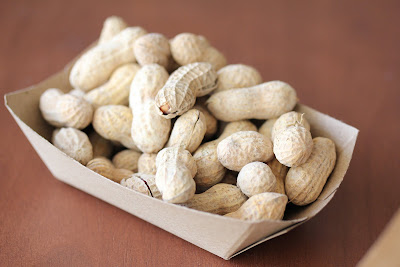 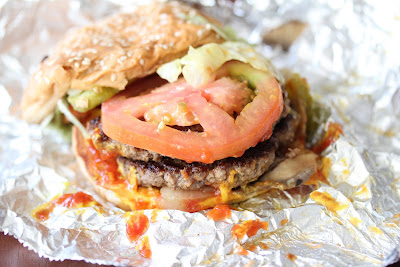 I decided to do a lot more customization. Since we placed our orders online, I didn’t feel any pressure at the register for being so picky and I got to take my time deciding on my options. I chose A-1 sauce and mustard but chose the “light” option because I hate soggy buns. This customization ended up being a perfect for me because FH’s burger was definitely soggy from his regular amount of ketchup and mustard. I also got extra grilled mushrooms (because I love mushrooms), grilled onions, lettuce, and tomatoes. 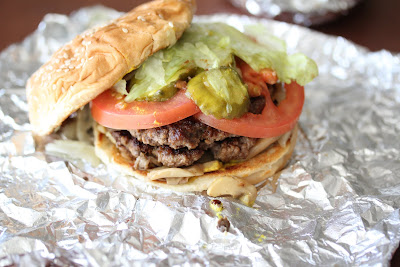 The regular hamburger comes with two meat patties. If you only want one patty, you should order the “little hamburger.”

We also got an order of the cajun fries. They were crunchy, a little spicy, but generally “meh” in my opinion. We got a regular order, which came in this cup, except that there were a lot more fries that didn’t fit in the cup that just were sitting in the bag. So the actual amount was about double this. I wish they had just given us a bigger container because the fries and spicy powder really greased up the bag. 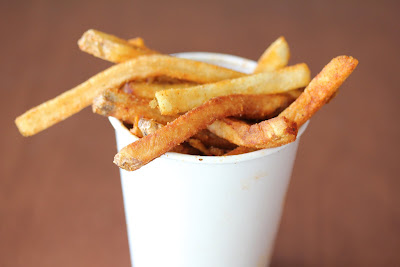 Overall, I thought my burger was pretty good. I wish they would grill their buns like In-N-Out, but other than that I enjoyed it. It’s not necessarily a mind blowing good burger, but I think it’s a good fast food burger option when compared to McDonald’s, Burger King, etc. I really love the ability to order online (they even have an ordering app for smart phones) and I like how you can customize your burger.

Here is the complete menu: 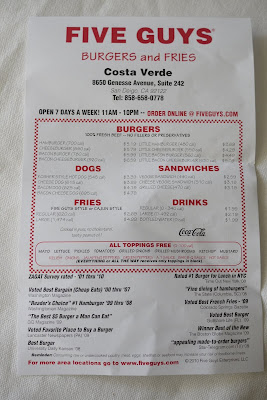