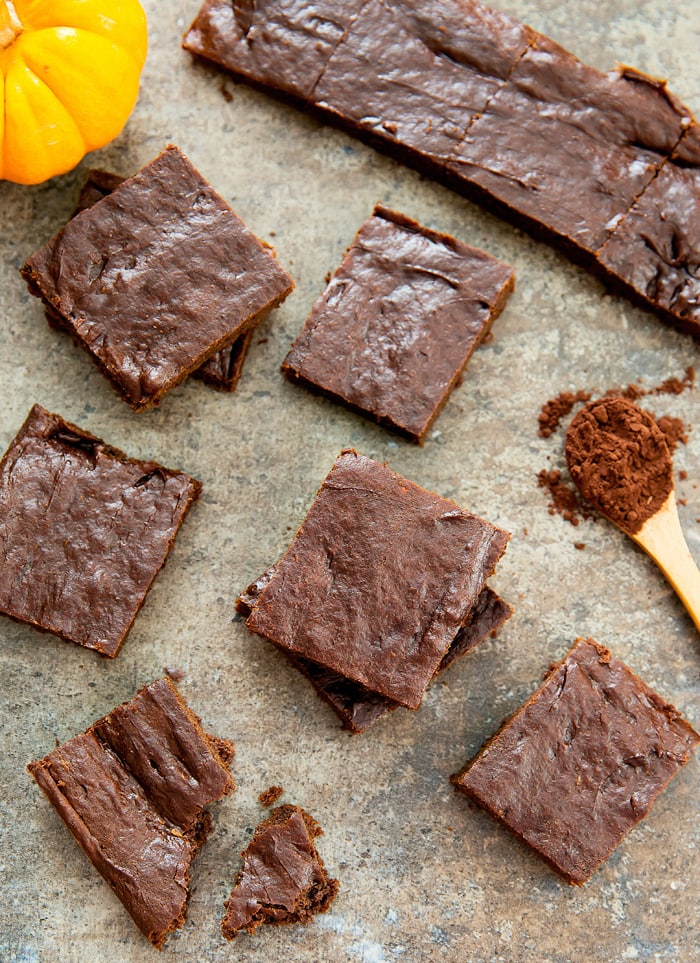 These flourless Nutella brownies are just five ingredients and easy to make. They are chewy and chocolatey but also healthier than regular brownies at less than 100 calories per piece.

Like my flourless pumpkin brownies, the secret is using pumpkin puree. You don’t taste the pumpkin, but it does lighten up the recipe. I wanted a lighter recipe so that I can feel less guilty when I eat half the pan.

These brownies use minimal ingredients. You can make them in a blender or a mixer. 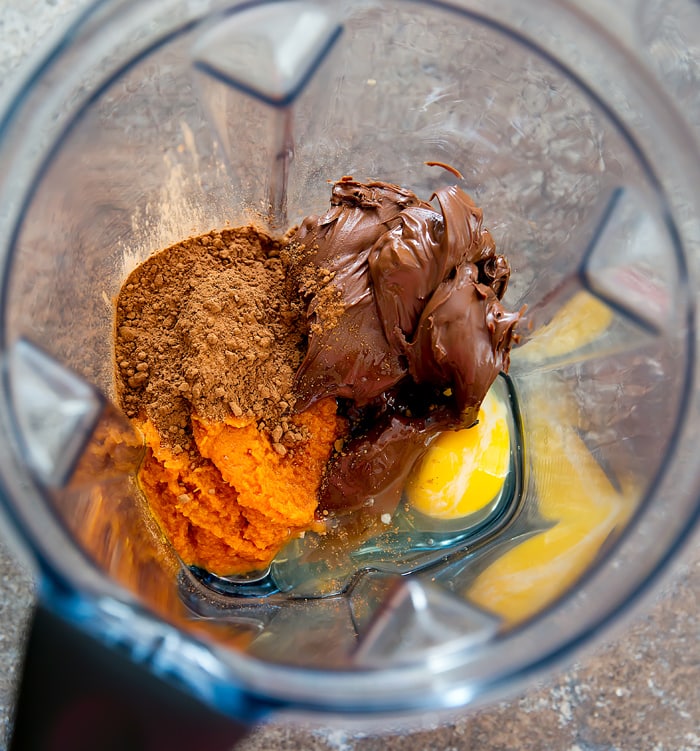 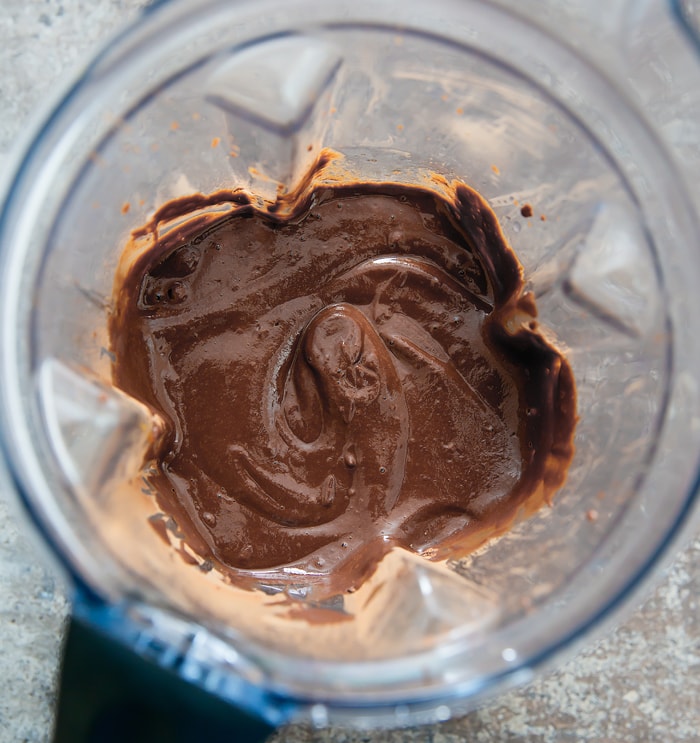 The Nutella is the star, providing the sugar, the hazelnut chocolate flavor, and contributing to the chewy texture. You won’t taste the pumpkin, but it does help create the structure for these brownies. 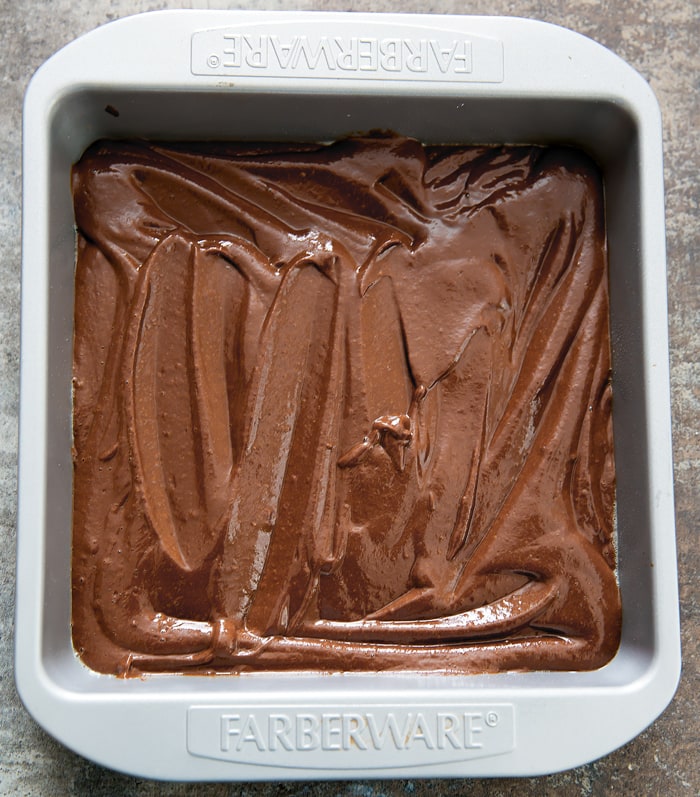 Yes, these brownies are a bit lighter than your traditional rich, fudgy chocolate brownies. They are chewy and they are chocolatey, but they aren’t as dense and fudgy. But they are still good. And it’s a great way to enjoy dessert without all of the guilt. If you divide your brownies into 12 squares, each brownie ends up being about 96 calories, 5 grams of fat and 11.4 grams total carbohydrates. 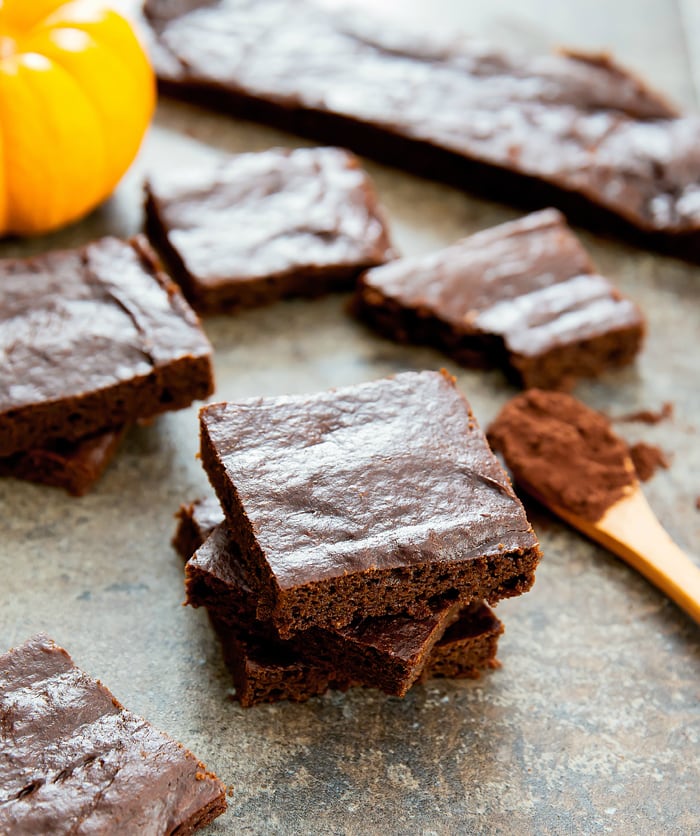 My husband was so excited when I made these, that he momentarily forgot that he lives in a house with a food blogger. He reached for a brownie while I was taking pictures before realizing what he had almost done. I can’t say I blame him– I ate two small corner pieces as soon as I took these out of the oven. 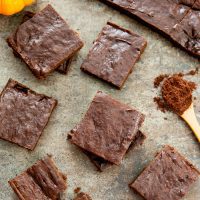