Gelato Bus Stop is located in Pacific Beach and specializes in gelato, though they also serve sweet and savory crepes. We stopped by for the first time recently after dinner.

Upon entering, I noticed a wall of Nutella jars. I knew I was in a good place. 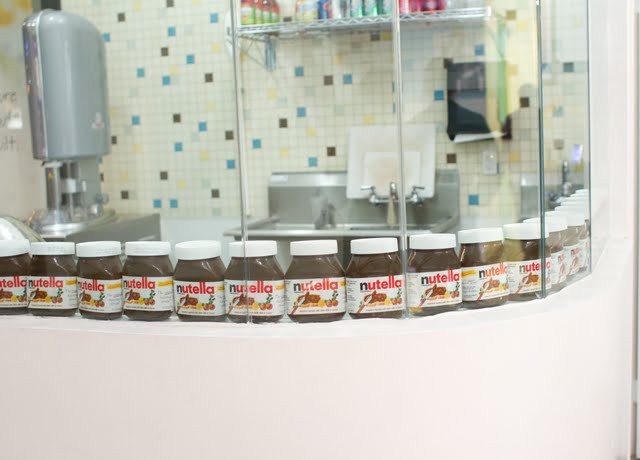 At the counter were about 18 gelato flavors offered. The person helping us was really nice and very generous with samples as we decided what we wanted. 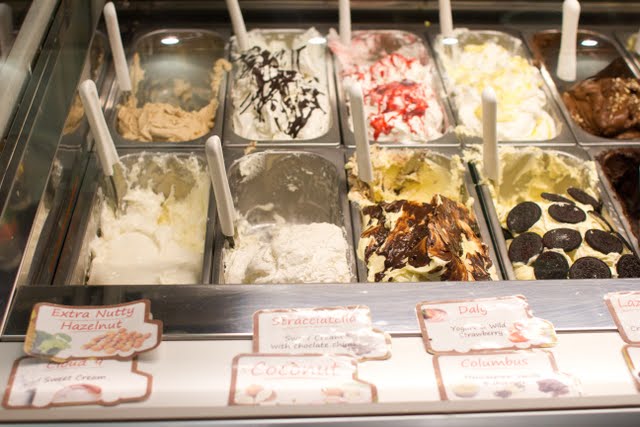 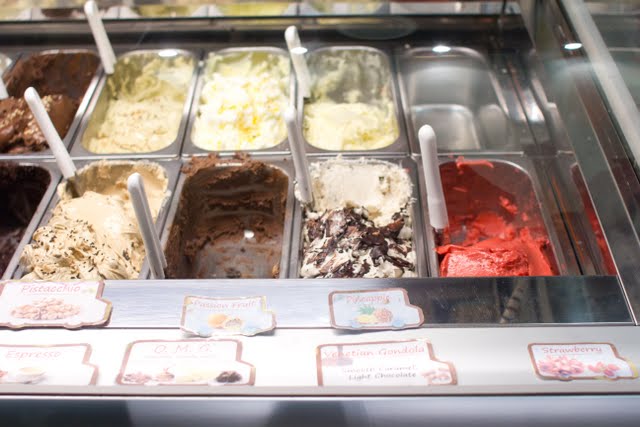 There are 3 cup sizes offered: small, medium, and large. You can also get a cone. If you want more than a small treat, you can get a larger packed quantity to go. One of the things I really liked about this shop is that you can get up to three flavors for any cup size. Most places only allow two, and some only allow more than one flavor for a medium or large, but we were able to get three in the small size. 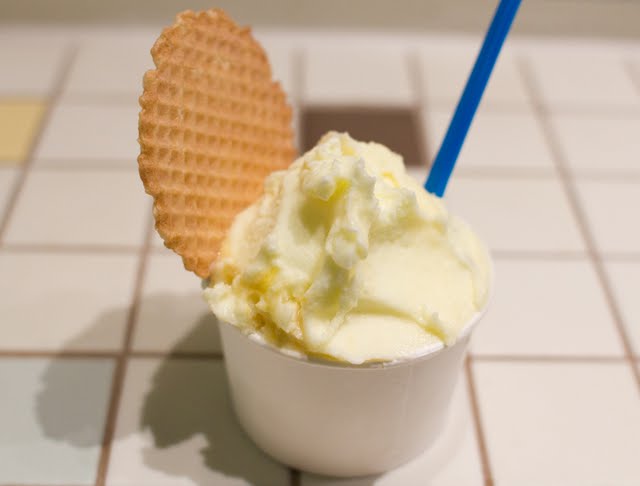 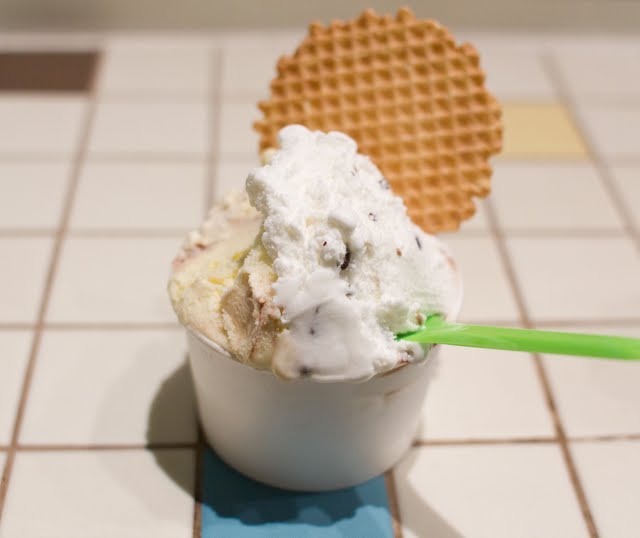 I chose pistachio, hazelnut, and twilight eclipse. I like how each cup was served with a waffle wafer. 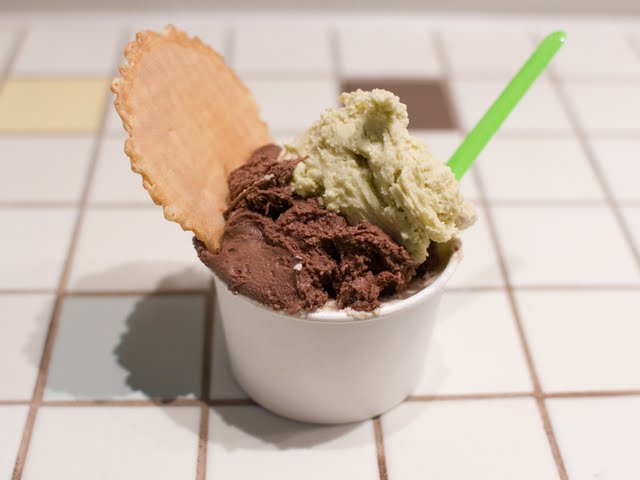 On the back wall there is a chart showing calories of various Gelato Bus Stop creations versus other cravings. I wish I remembered to take a picture of it, as it was pretty interesting to look at. I did, however, remember to take a picture of the smallest Nutella jar I’ve come across, paired with the biggest. 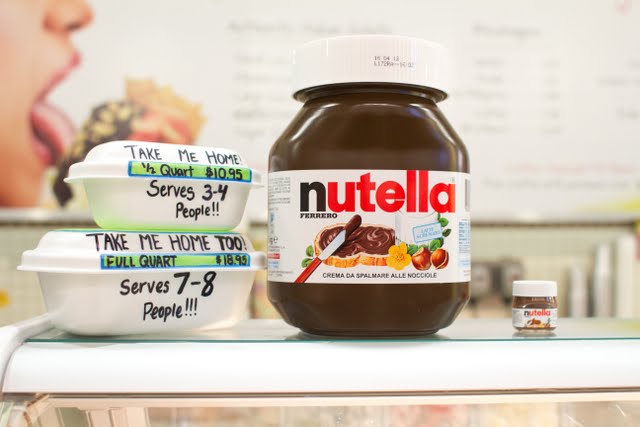 We had a good time here. It wasn’t necessarily the best gelato I’ve had in San Diego, but it was pretty good and I liked their flavor combination creations. The service was really friendly, the price is decent, the three flavors in one cup and waffle wafer are a nice bonus.