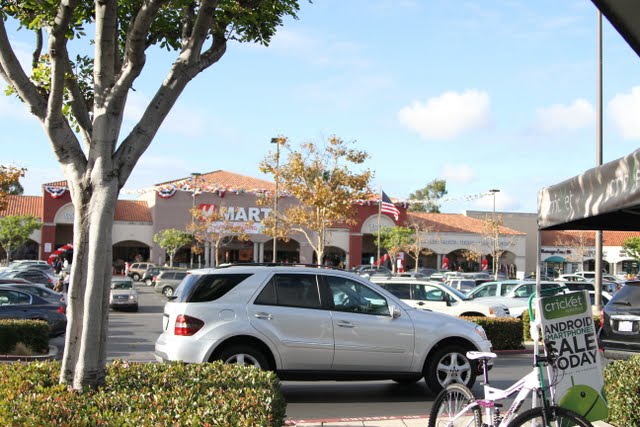 DH and I braved the madness this weekend to attend the grand opening of H Mart in San Diego. According to H Mart’s website it was to be the “Greatest Grand Opening of all time!” I found the exaggerated claim to be quite amusing

For those who aren’t familiar, H Mart is a popular Korean grocery chain. I’ve visited some of the locations in LA and love going there.  Like our Zion Market, H Mart offers incredibly cheap prices on produce (often even cheaper deals than Zion), but offers a lot more too. It sells everything from your basic household needs, to prepared foods, to live seafood, high quality meats and fresh produce.

When we arrived, parking was almost impossible to find despite the very large shopping complex it is located in. Once inside, while there were a lot of people, it was still fun to see the new shiny store. And there were so many free samples and sale specials.

Here’s a sample of the prepared food section. 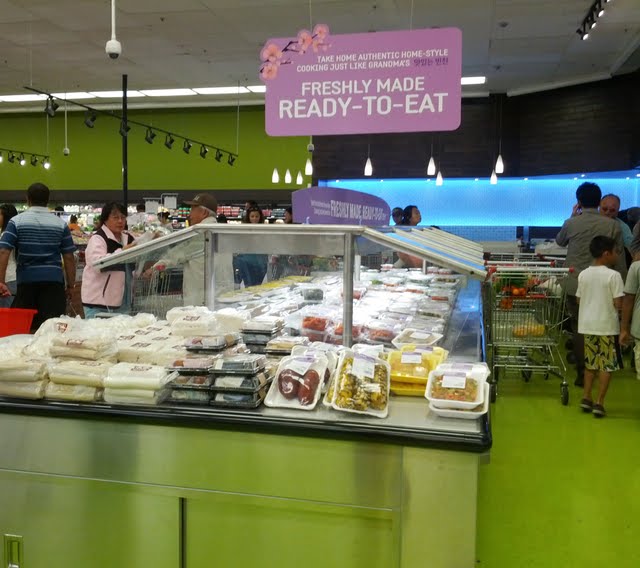 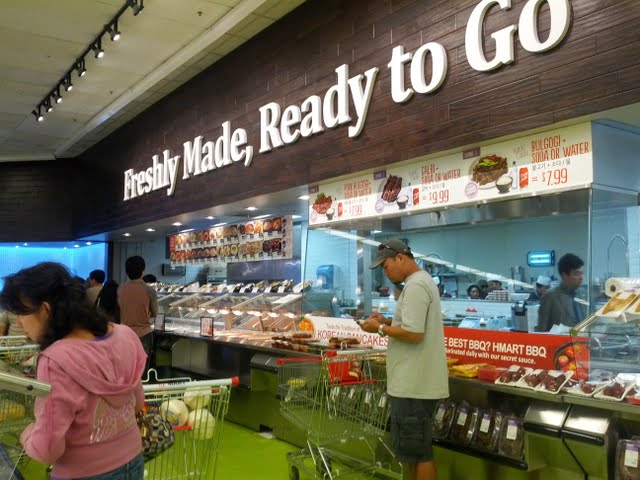 They also have a food court 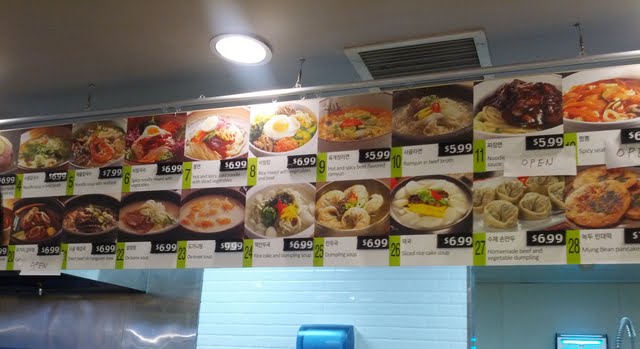 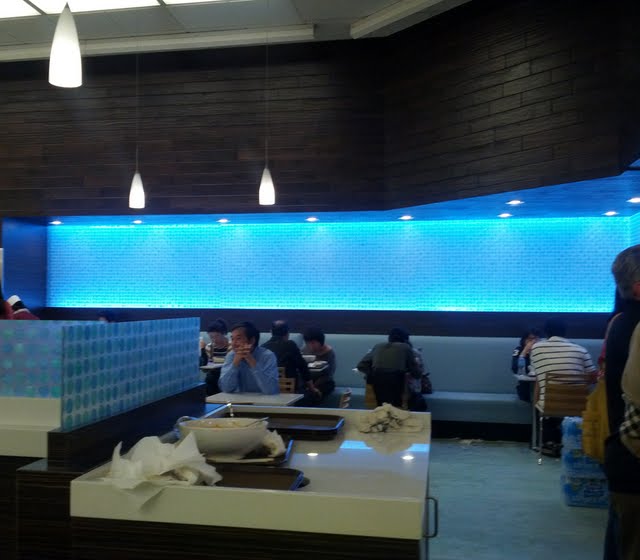 Fresh produce. Spinach was on sale, 5 bunches for $.99, just to give you an example of some of the ridiculous great sales they have going on. 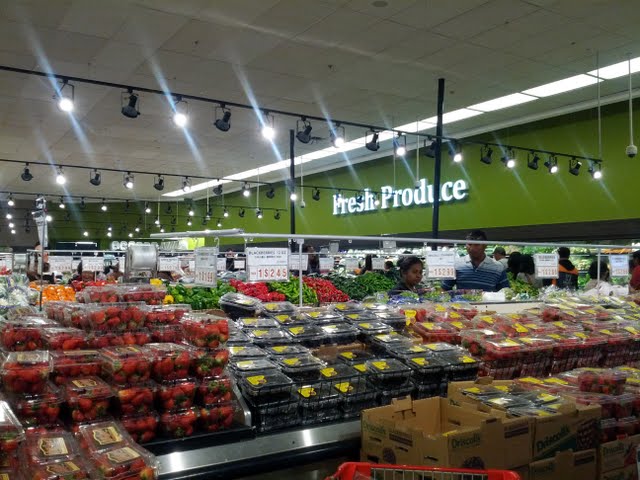 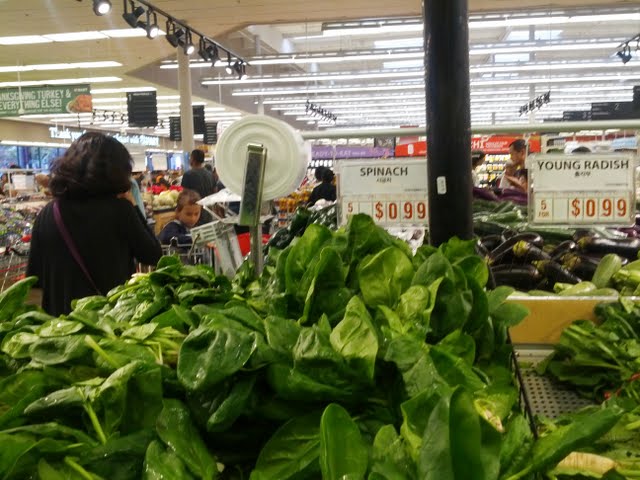 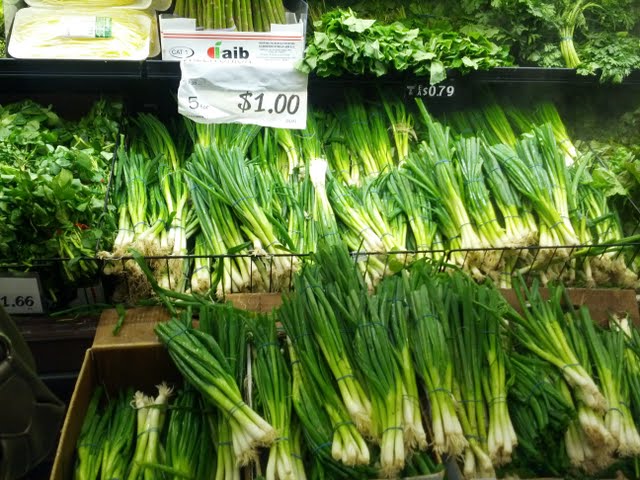 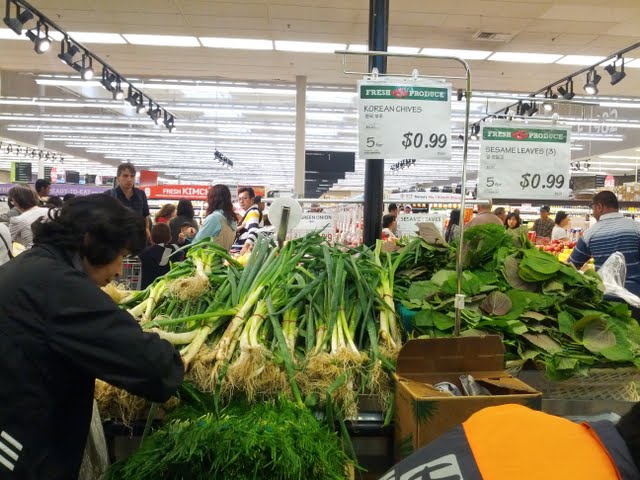 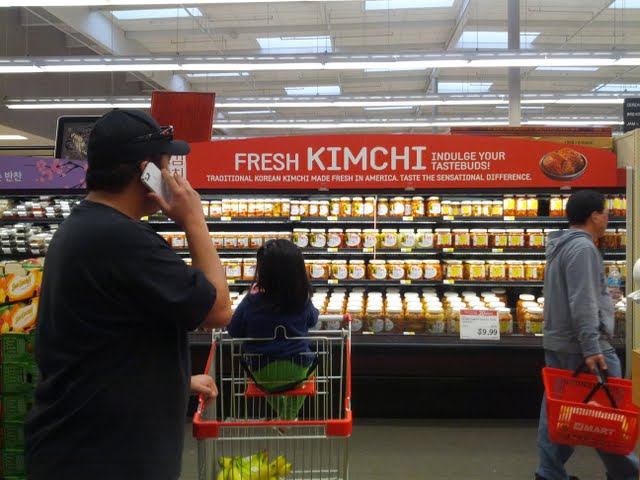 The live seafood section was quite popular. They were selling lobster $5.99/lb. They actually had tons of lobster stocked up so we were in and out of this section within minutes and had some nice live lobster to cook for dinner. 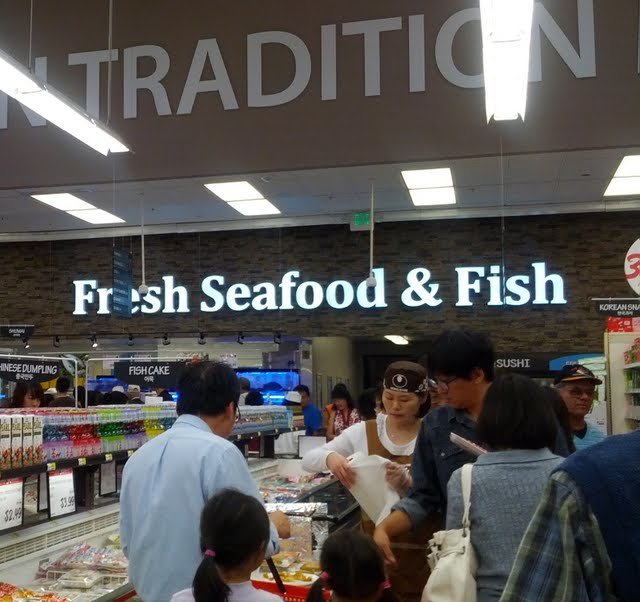 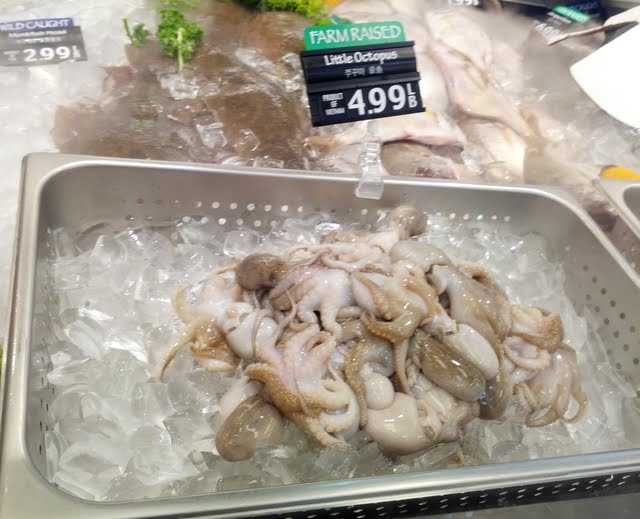 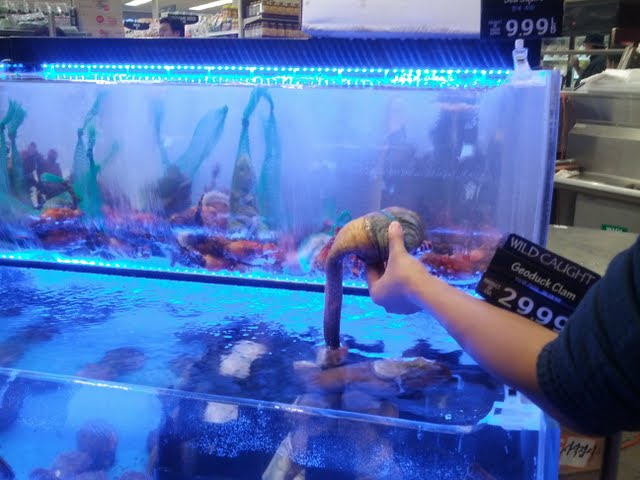 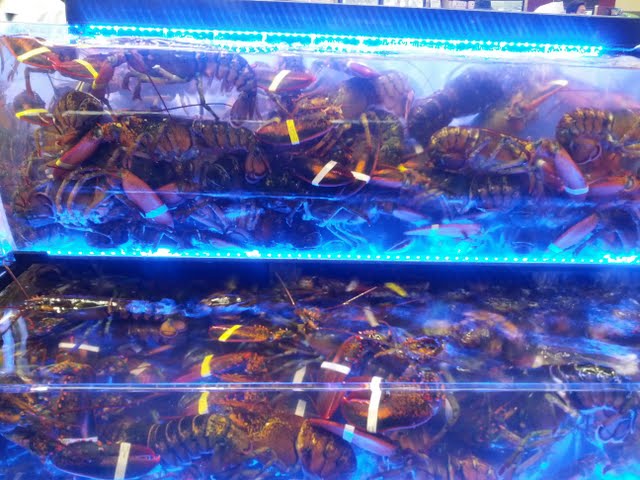 We also watched people battling with the blue crabs ($2.99/lb and you choose your own). 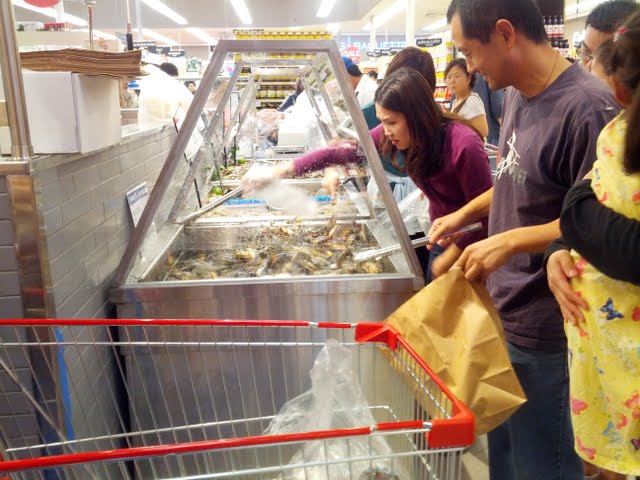 The meat selection is quite large too. 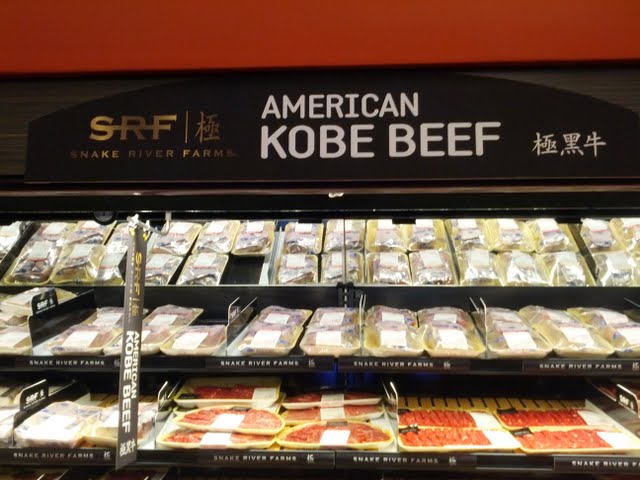 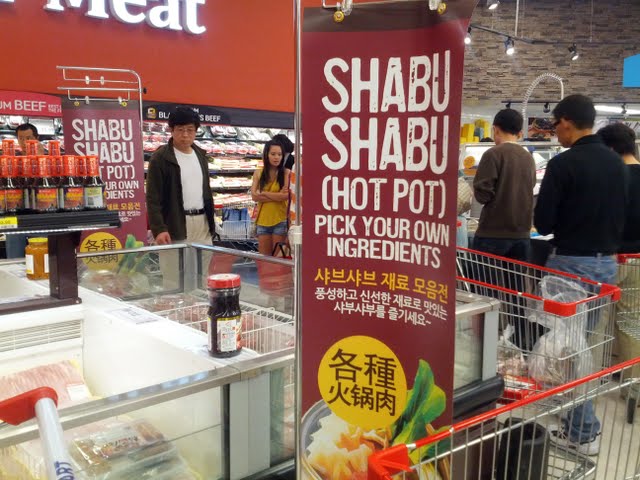 Of course they also have a large selection of marinated meats for korean bbq. 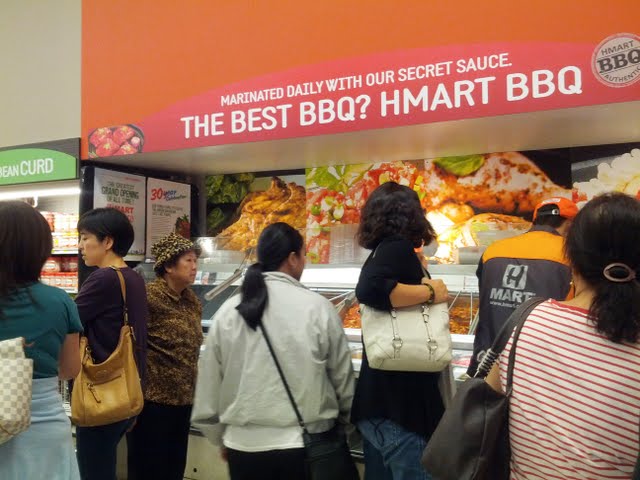 Paris Baguette, a bakery chain that sells Korean and French desserts was open for business too. I love going to the Paris Baguette in the Bay Area, so I’m happy to see a small version here. Most of the bakery is made up of the large kitchen which you can see into. The actual selection of items was sort of on the small side, but we still got a few goodies. 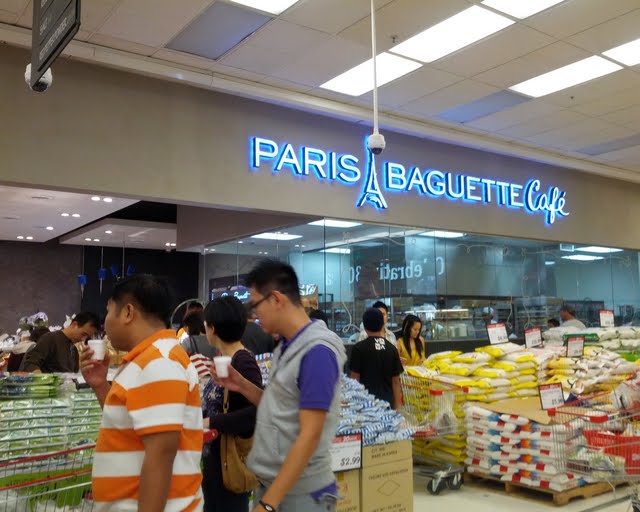 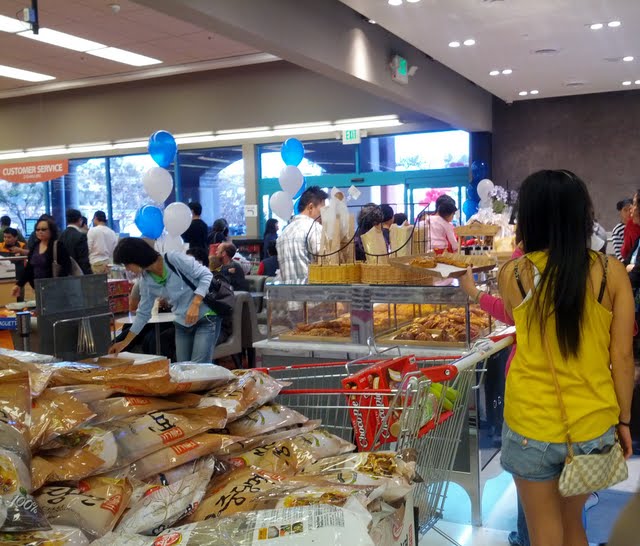 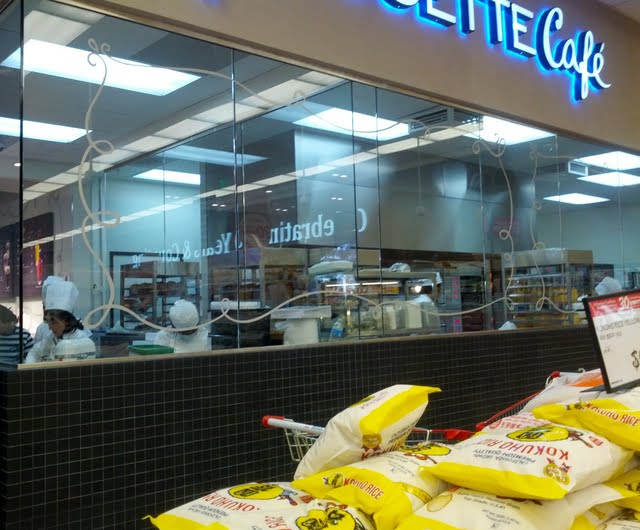 The new H Mart is bigger than the H Mart I frequent in Irvine and also bigger than the current Zion location (though perhaps that will change when Zion  moves to its new space? We finally saw a sign go up at the former Sears spot for Zion). I’m excited for the new H Mart and plan on shopping their often. It will also give me an excuse to stop by Yogurt Swirl for some Snow Ice after.