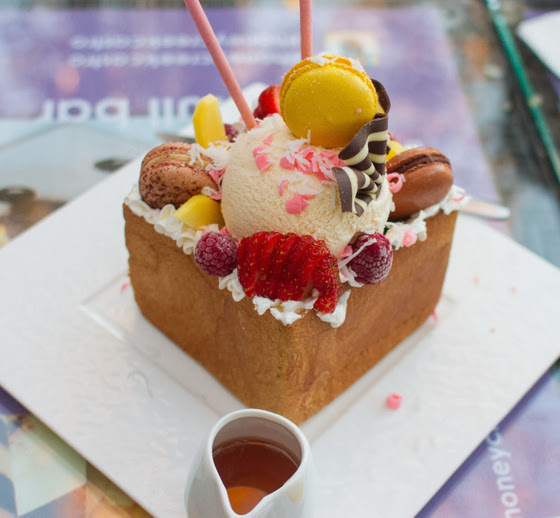 During a recent trip back to the Bay Area, Mr. K and I had dessert with some friends at HoneyCreek. We originally had planned on visiting Snow-Zen, which has gotten really good reviews for its snow ice, but there was some confusion and we ended up at Honey Creek, which also serves snow ice. 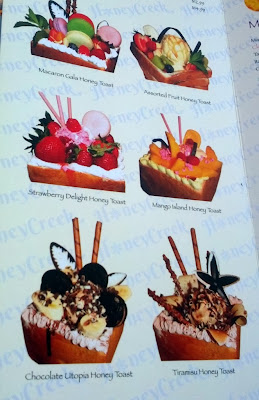 Even more exciting, they serve some elaborate brick toasts, including the Macaron Brick Toast. 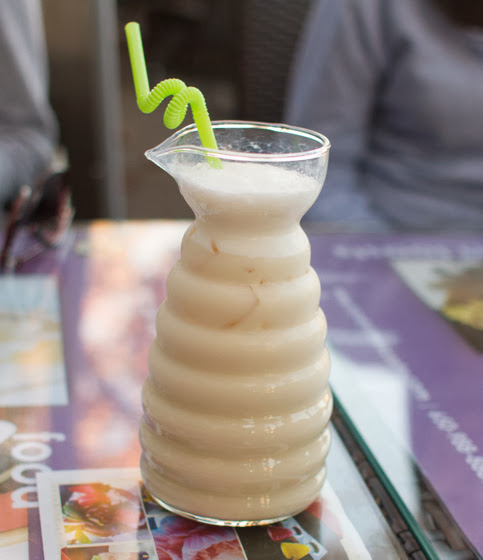 I ordered some iced milk green tea, which came in this funky looking glass. 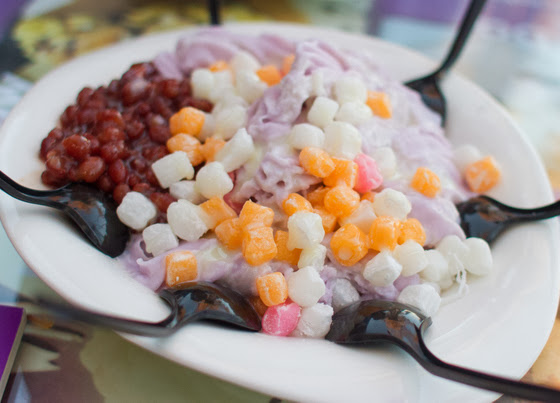 The snow ice was a little on the icy side, with the ribbons too thick. I also thought the prices for the snow ice were too high. Each ice, without toppings, is priced at $6.99. Usually for that price, you’ll get an overflowing bowl rather than a thin layer of snow ice. 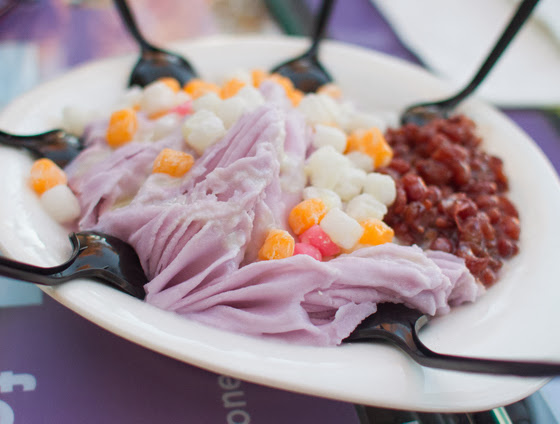 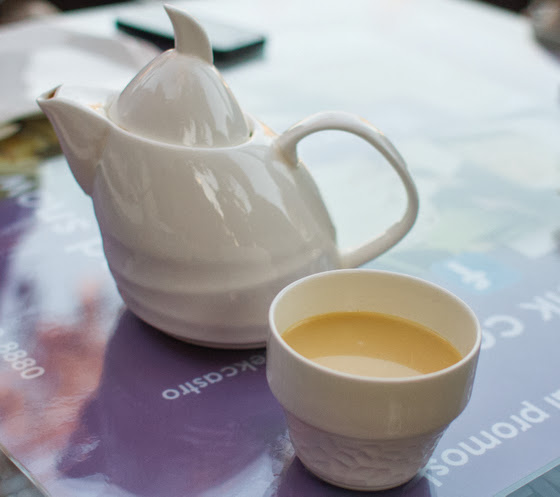 Mr. K ordered some hot milk tea, which was served in an interesting looking pot. It’s always fun when the tea cafes serve the drinks in fun tea-ware. It’s like having a grown-up tea party. 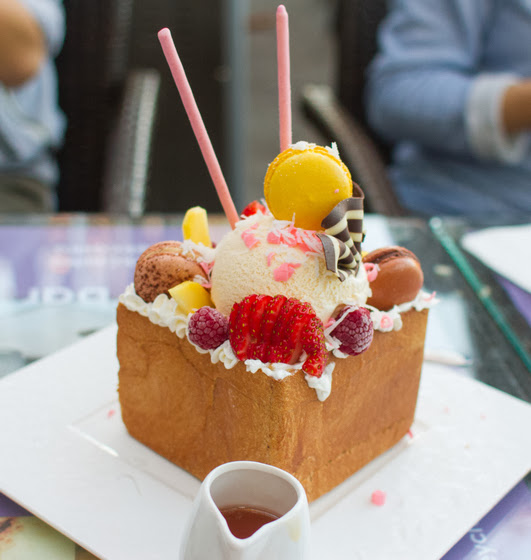 This was decorated like a masterpiece. Unfortunately, the toast itself wasn’t very good. The inside of the toast is ordinarily removed, cubed, sweetened with condensed milk and toasted and then put back in. Our toast was missing significant amounts of the inner toast, meaning we were left mostly with the tougher and dry crust. The disappointing execution is actually what inspired me to make my own version.

Overall, I thought the prices were too high and the Macaron brick toast, while spectacular to look at, was not executed well. I’m still happy to have come though because I got to see so many creative brick toast creations I can now try at home.

The menu was quite vast, including savory entrees as well. I only took photos of the snow ice and brick toast menu: