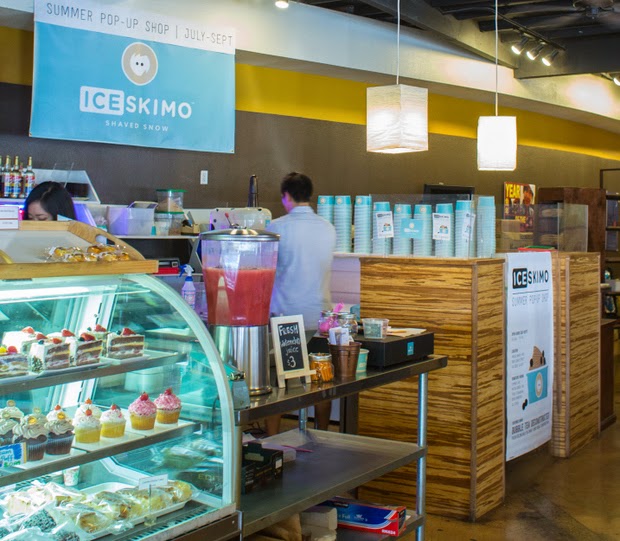 Iceskimo is a pop-up snow shaved ice spot that is spending this summer inside Pangea Bakery. It will have a permanent space on Convoy street in the Fall once its pop-up run is over.

I first learned about it from CC of Pink Candles at Ridgemont High and because of my snow ice obsession, I had to go check it out. 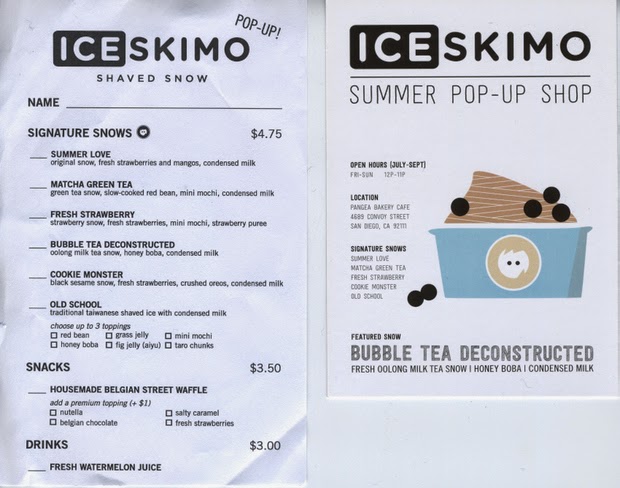 There are four flavors of snow ice to choose from, priced at $4.75. They also offer old school shaved ice, Belgian waffles and watermelon juice. 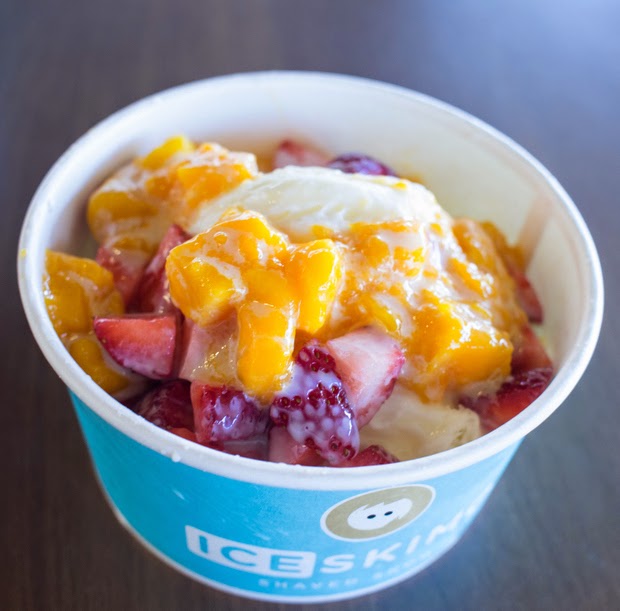 I wish they served this on a plate rather than in a to-go bowl because the delicate layers of snow ice get crushed inside the bowl, so it’s not nearly as impressive to look at. 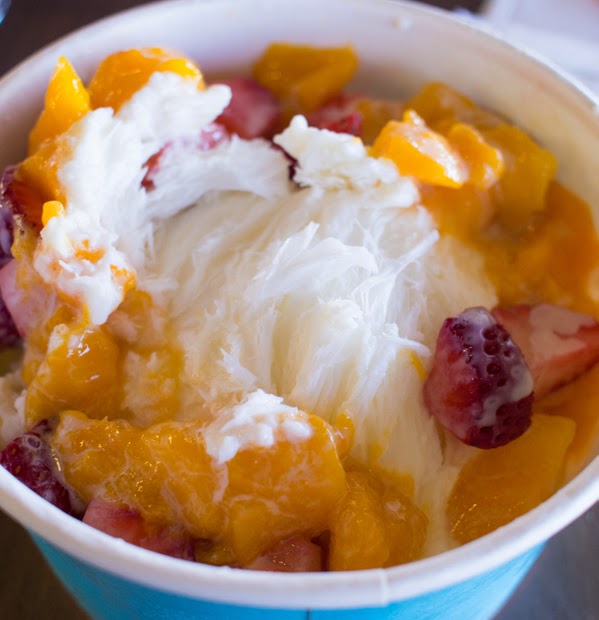 I was pleasantly surprised when I dug into the snow. Thinly layered sheets filled my bowl, just how snow ice should be. The ice was quite creamy. I’ve always enjoyed the original flavor snow ice at Class 302 but rarely order it in San Diego because even the snow ice shops seem to struggle with that particular basic flavor and it usually comes out very icy. Not so here. This was definitely the best texture of original flavored snow ice I’ve had in San Diego.

Things were off to good start, which is why our next order was such a surprise. 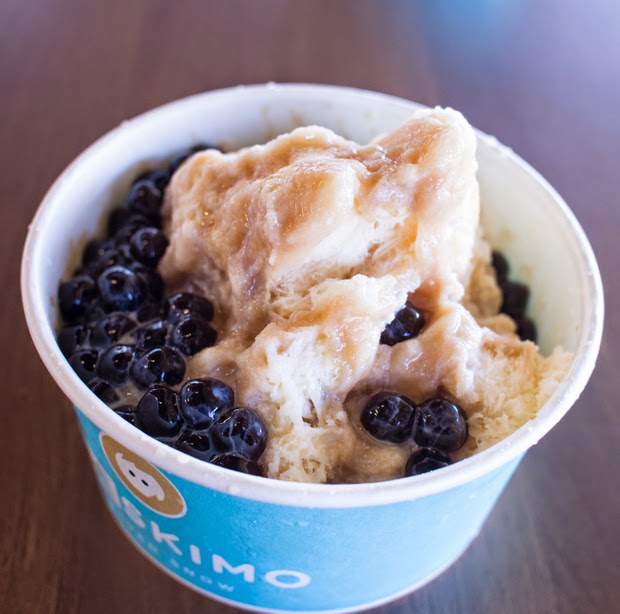 I had been all set on trying the black sesame snow ice, but instead chose this one because we’ve never had oolong milk tea flavored snow until now. When we were presented with the bowl, it immediately appeared to be icy. Once we dug in, you could see the texture was just all wrong. Rather than feathery layers, it was just crushed ice. This tasted more like old school shaved ice rather than snow shaved ice. 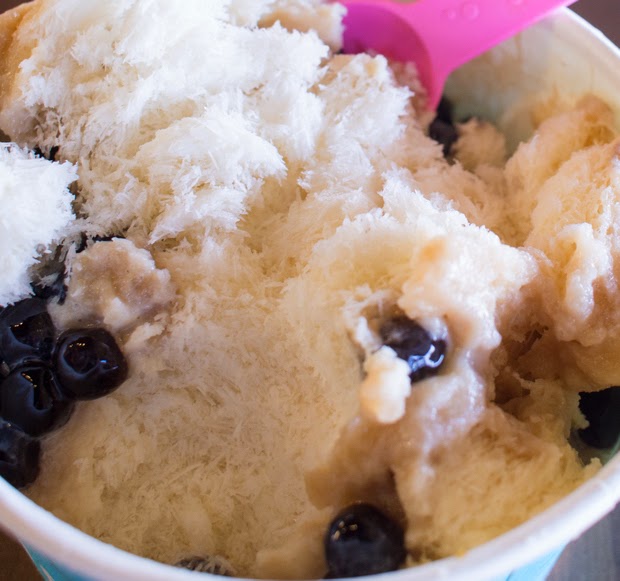 The ice was also quite bitter from the tea. We were quite disappointed by this and couldn’t believe the night and day difference between the original snow ice and the bubble tea ice.

While we were there, they were also handing out samples of the Belgian waffles. The small piece I had was quite promising. It was firm, with crisp edges and crunchy sugar pearls embedded. Next time I plan on ordering a full one.

Overall, we really enjoyed the original snow but did not like the bubble tea snow. We definitely want to be back for more original snow and also to try the Cookie Monster (black sesame) one. While the oolong one needs work, this place definitely has potential and when it opens it’s permanent shop, I think it will be a welcome addition to the Convoy area.

Iceskimo is currently only open Fridays through Sunday inside Pangea Bakery. They will be there through September.