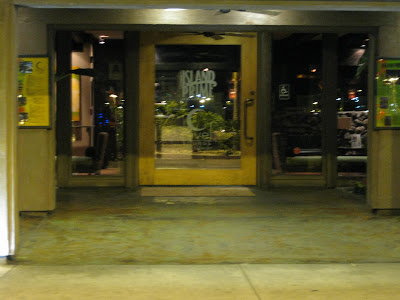 Last week I was contacted by McFarlane Promotions, inquiring into whether I would like a sneak peek at San Diego Restaurant Week.  They were offering me a complimentary 3 course prix fixe meal at one of the following locations: Cowboy Star, 333 Pacific, Island Prime, Sbicca, Kensington Grill, Café Coyote & NINE-TEN.

As someone who participates in Restaurant Week every year, the invitation for an early sneak peek, plus a complimentary meal was too good to pass up. I went through the menus of the various restaurants (all of which can be found on the San Diego Restaurant week website).  Island Prime had the menu that looked most appealing to me.

Boyfriend and I have dined at Island Prime a few times after its grand opening back in around 2005.  We enjoyed it but we stopped going back.  I don’t think we really had a reason.  There were just other restaurants we preferred more and we were busy trying other places.

We came to the dinner armed with my Canon Rebel XS camera.  Usually on food outings, I only bring my small digital camera in order to not draw attention, but since the restaurant knew who I was and why I was there, I thought I might as well bring along my nice camera and take some pretty shots.

We were given a table right next to the window, with a beautiful view of the harbor.  Though really, there is no bad view in the house.  The restaurant is designed so that the side wall is an enormous window, giving all its dining patrons a nice view of the harbor. 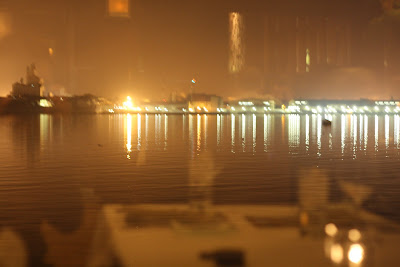 Shortly after we were seated, the supervisor for the night came out to speak to us, and provided us with the restaurant week menu.  I had a hard time getting the complete menu in my picture, but you can view it online as well. 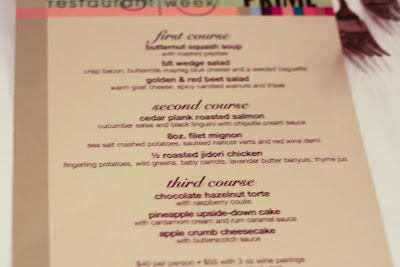 On my previous trips to Island Prime, I thought that what they did best was steak and other red meats.  The filet mignon definitely caught my eye.  I do wish that Island Prime would offer another red meat option for restaurant week, such as their lamb chops, but perhaps I feel this way because I’m a big red meat lover when I dine out.  In order to make the most of our sneak peek, Boyfriend and I decided to order completely different dishes, exploring as much of the prix fixe menu as possible.

After we ordered, we waited for a little bit before we were provided with the bread.  A server came around with a warm basket of bread, and he picked out and placed on each of our plates one giant roll.  The bread had a mushroom-like shape,.  The inside was hollow when broken up.  By itself, the bread was slightly sweet.  It was also dense and chewy rather than fluffy.  I really enjoyed the bread.  Accompanying the bread was some whipped butter.  To my surprise, it was a whipped sweet butter that was also slightly spicy.  It provided a very interesting taste with the bread. My bread was slightly burned on one side though.  But other than that, I enjoyed it. 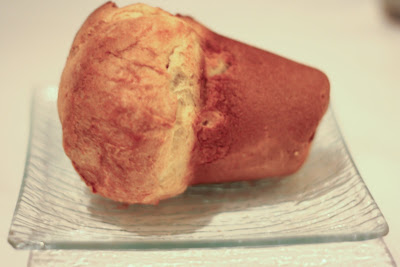 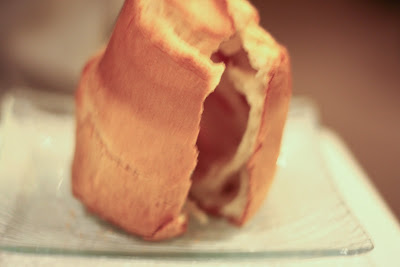 For my first course, I chose the butternut squash soup.  The bowl of soup was quite large.  The use of sunflower seeds was a great idea.  It provided the soup with a great texture, letting you chew and crunch rather than sip all night.  The soup was slightly sweet.  I do wish that it had another flavor to it.  A spicy kick to it perhaps?  After drinking about half the soup, I did grow a bit tired of it and it was making me full. 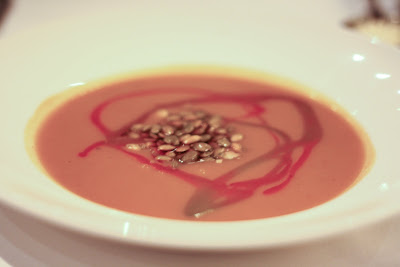 Boyfriend chose the BLT salad.  It was served on a wedge of lettuce, with bits of bacon, and accompanied with a crunchy slice of baguette.  It tasted fine, but there was nothing special about it.  It tasted like a regular BLT salad. 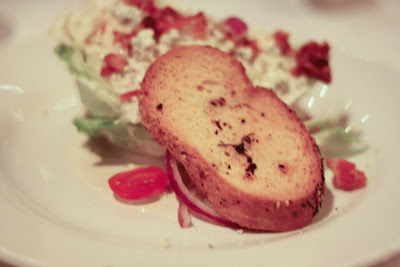 For my main course, I chose the filet mignon.  I ordered it cooked medium.  When I cut it open, I was pleased to see that it was cooked exactly right. 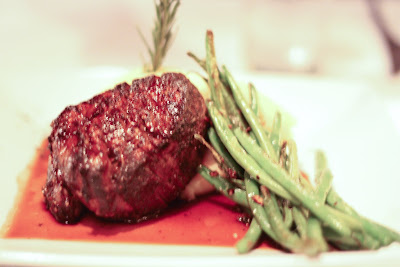 The outside of the steak was crusted with spices and salt.  Boyfriend
thought it was too salty, but I think it was fine as long as you
weren’t only eating the outside of the steak by itself.  Accompanying
the steak were mashed potatoes and french green beans.  The green beans
were crisp and cooked just right.  The helping of mashed potatoes was
quite generous, but they weren’t that special though. (Sorry for the
different lighting on some of the photos.   I couldn’t decide whether I
preferred the natural dim lighting for the food or altering the white
balance so that the food would look brighter, so I kept switching
between the two.) 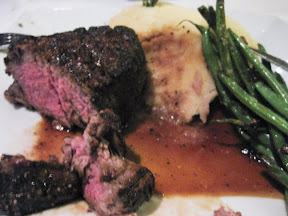 Boyfriend got the salmon. 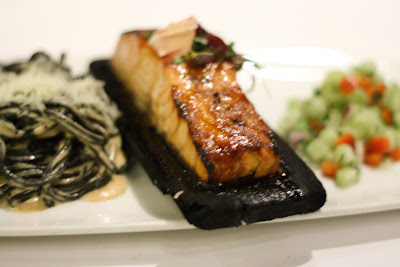 The salmon was encrusted with a sweet glaze.  The black linguine was served with a very creamy sauce.  The cucumber salad was a nice refresher.  I liked each item on their own.  Boyfriend did too, but thought that the linguine sauce didn’t complement the salmon sauce well.  Overall, I preferred my steak to the salmon. 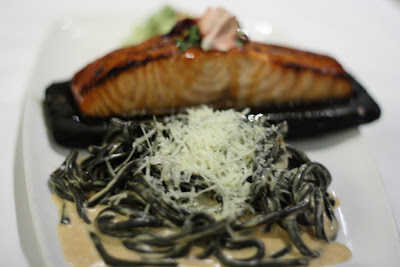 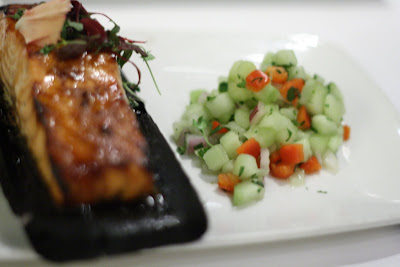 Our desserts were served together on a large plate. We ordered the pineapple upside down cake and chocolate hazelnut torte.  The torte looked so small compared to the pineapple cake, but what it lacked in size, it made up in richness.  The torte was extremely rich and chocolatey, with little bits of hazelnuts inside.  The outside of the pineapple cake was a bit dry.  But the inside was very moist and fluffy.  I also liked the rum sauce accompanying it.  It took a while to get used to, but I ended up really liking the pineapple cake.  It was a lighter dessert, after a heavy meal. 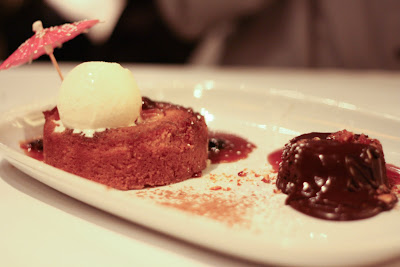 Overall, it was an enjoyable experience, much like our past experiences at Island Prime.  While some restaurants offer cheaper menu items for their prix fixe menu, I think Island Prime has fairly generous offerings, with their 8oz filet mignon option.  The food was well prepared and we were quite full after our meal.

The beautiful view and the fact that Island has its own parking lot is also a plus.  Service was very attentive and I don’t think it was just because we were there for the sneak peek.  The other tables got equally attentive service and we received good service on our previous visits.

Restaurant week runs from January 17-22.  You can visit the website to get a list of all restaurants particpating, as well as their menu offerings.  Reseverations are pretty much a necessity.