When I first started going to Sakura, I was pretty much in love with it.  You can read my previous posts here, here and here. Over the last few months, my love affair has died down quite a bit.  There are still some good dishes I like to eat there, but the raw stuff has been a bit off on visits.  Makes me want to drive to Little Tokyo instead for some good sushi.

For one of Boyfriend’s birthday dinners, we paid Sakura a visit. In addition to their regular dinner menu, they also had a specials menu, which I took some pictures of. 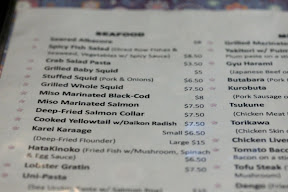 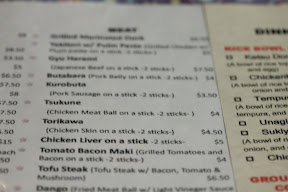 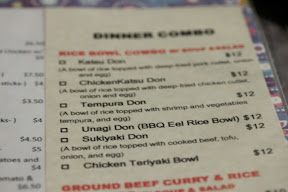 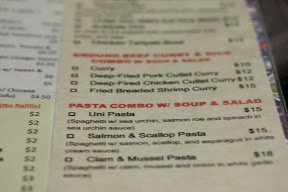 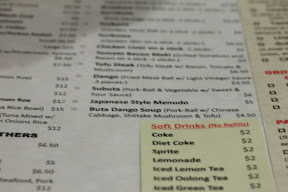 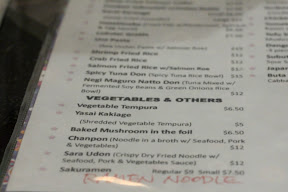 Boyfriend ordered some tuna.  It was at market price, so it ended up costing about $20 for this plate. I didn’t think the tuna was very good.  Also the little white threads inside the pieces were really chewy and hard and I had to spit them out. I expected higher quality fish for the price. 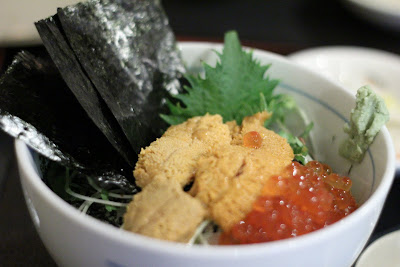 I ordered an uni don.  The uni was good.  But I felt like there wasn’t as much as usual. The seaweed accompanying the uni was hard and chewy rather than crisp and light. The uni don came with a side of pickled cabbage and some miso soup. 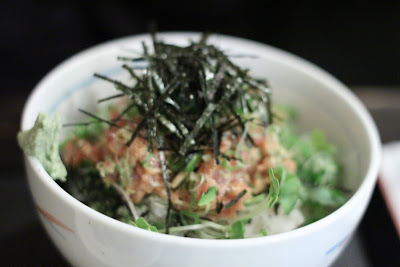 This was pretty good, but not as good as the spicy tuna bowl we had at Fukada. 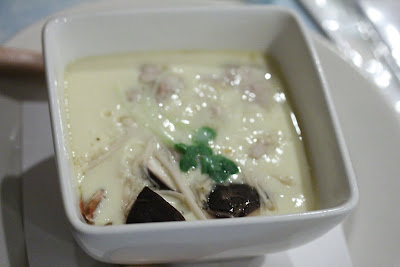 I was a bit disappointed with this dish as well. I thought it was too bland.

Next time I think I’ll stick to going to Sakura for lunch and stay away from the sashimi and sushi.