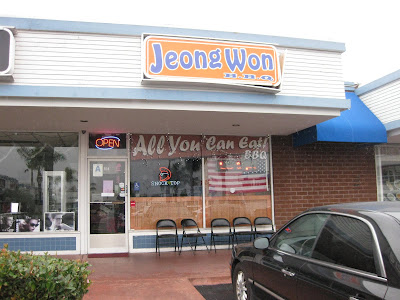 One of the things I’ve missed since moving to San Diego is the lack of korean bbq buffets. Back in the South Bay Area, there are quite a few korean bbq buffet restaurants, but they are almost non-existent in San Diego.

About a year ago, I checked out Jeong Won Korean Buffet. They offered an all you can eat option, which was the closest I had seen to a korean bbq buffet. At the time they had about 12 selections of meat, but instead of a buffet set up, you would order the meats off the menu and they would bring it out to you. You could only order about 2 at a time, and the service was really slow about bringing out your meat.

In addition to the meat, which you grilled at your table, they also provided quite a few banchan dishes and they had soft serve ice cream for dessert. Weekdays for lunch it was $16.95, and dinner and weekends were $19.95. I found the food was alright, but the price was a bit expensive.

Recently, I learned that Jeong Won changed its format to have a real buffet style korean bbq, which I read about on The Misadventures of a Diligent Diletante. I immediately had to go and check it out.

The decor of the restaurant has changed from my last visit. It is a lot darker and looks more like a bar. Inside, there is a small buffet station, where you have 15 cuts of meat to choose from (some marinated, some not), a row of vegetables, and a row of banchan dishes. 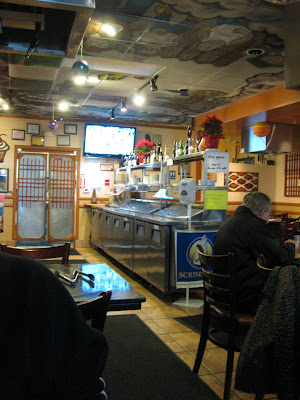 Once you are seated, the bring you out some hot korean pancake, which they had done previously as well. We were also provided with rice and miso soup. 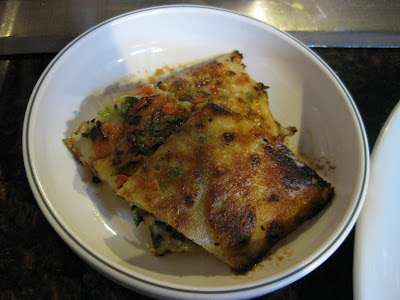 Even though there seemed to be a lot of meat and a decent amount of vegetables and banchan, the buffet station looked so small. At the korean bbq buffets in the Bay Area, they usually have other food items as well, such as some hot food dishes, sushi, dessert, etc, making the buffet section look a lot bigger.

I like the new format better than the old one because you get a lot more food since you get it yourself and you don’t have to wait on the server to bring out the food. We filled up on meat, some veggies, and the banchan. 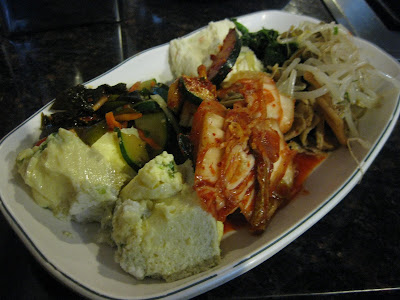 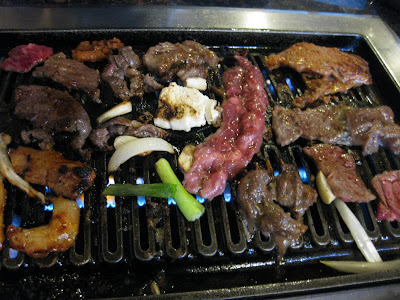 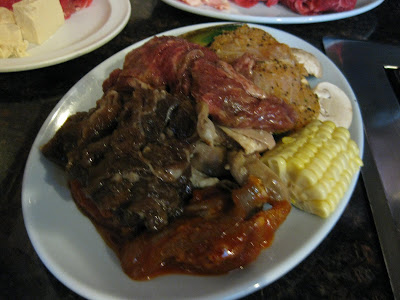 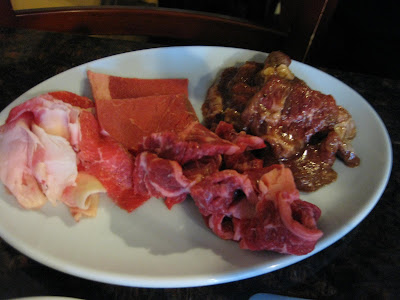 For dessert, there was still soft serve ice cream. The ice cream here is pretty creamy and not the watered down version you often find at buffets. 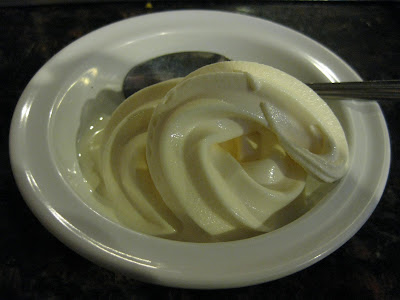 All in all, I think it’s an okay spot to satisfy your korean bbq cravings. I do think the price is high at $19.95 per person and I wish they had some more food options offered. Mmm-yoso recently informed us of a Manna korean bbq buffet that will soon be opening. I’ve seen the sign, but so far I haven’t seen when it will open. Hopefully this one will have more food options.