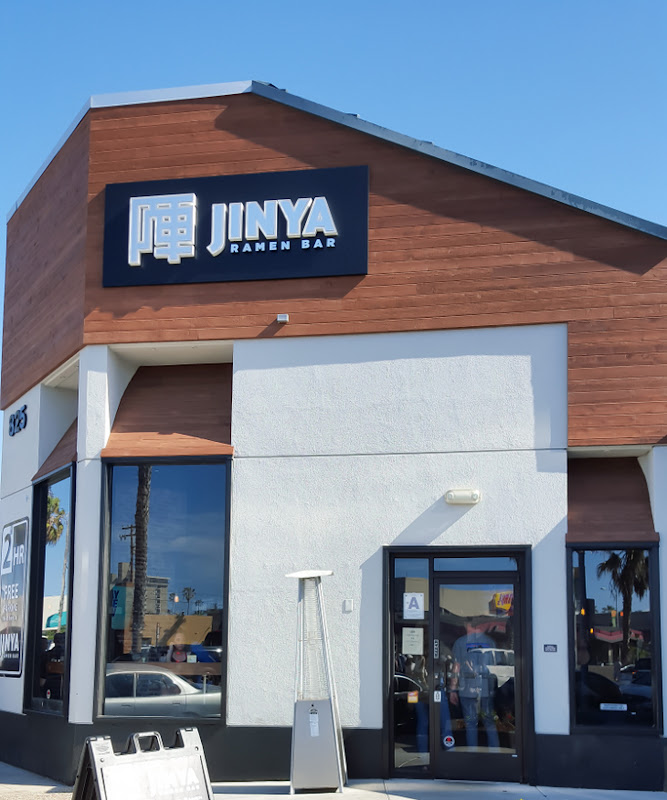 Jinya Ramen Bar opened a San Diego branch a few months ago. Originally from Tokyo, the restaurant has several locations in California as well as a handful of other states.

Normally, I can’t wait to try out a new ramen joint, but I was a little hesitant about Jinya and put it off for several months. It’s located in Pacific Beach and appears to cater to a more American clientele. The menu, in addition to ramen, has several offerings I don’t normally see at Japanese ramen shops.

The restaurant has a sleek interior, with plenty of indoor and patio seating. It was such a beautiful day so we asked to be seated outside. And even though it was daytime and warm, the fire pit added some fun and drama. 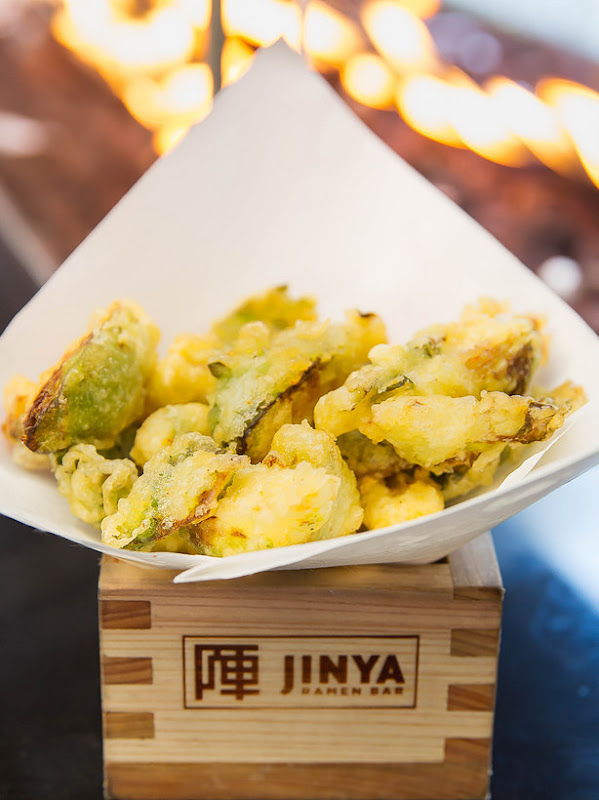 This is one of those dishes that I wouldn’t expect to see at a Japanese restaurant. Still, I love brussels sprouts so I decided to give it a try. The batter on the tempura was thick and crunchy. I prefer lighter and airier, but these were still pleasant to eat. I wish that they came with a thick dipping sauce as they tasted a little plain on their own. 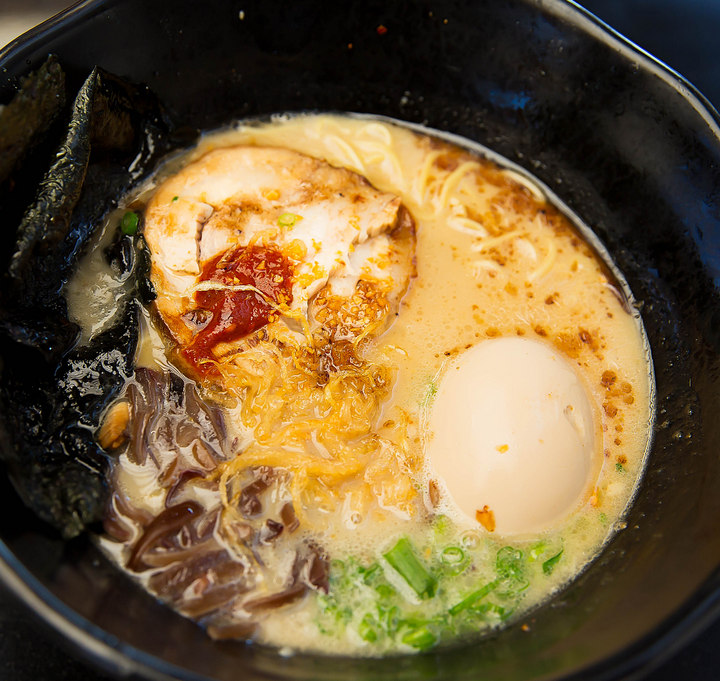 The restaurant offers nearly a dozen ramen options which can be overwhelming. However, the restaurant does helpfully highlight their most popular options and this is their No. 1. This bowl consists of their signature long-simmered pork broth, garlic chips, caramelized black garlic oil, pork chashu, fried onions, and a seasoned egg. It is also served with thin noodles. 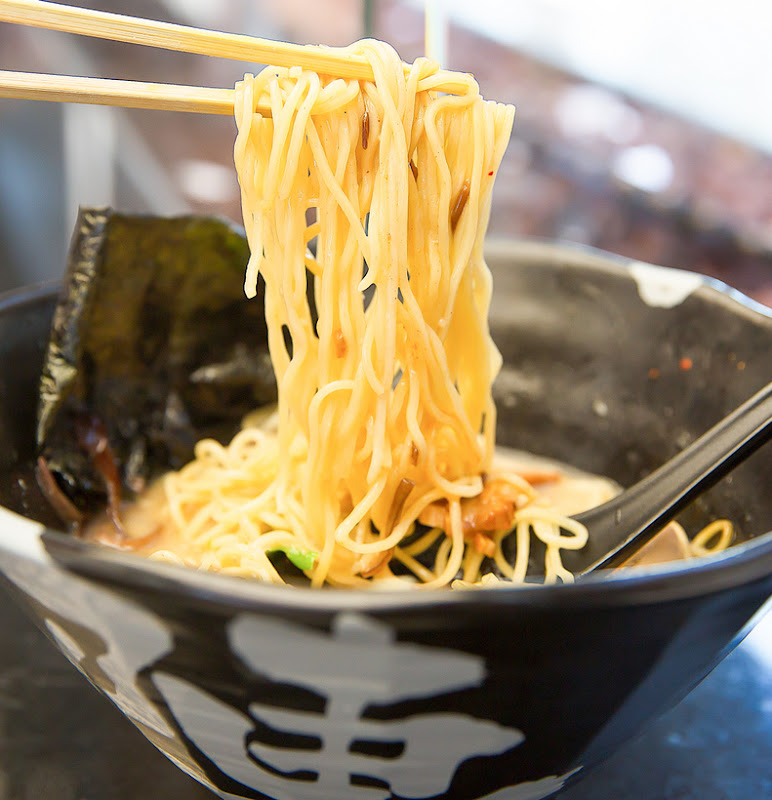 The thin noodles were perfectly cooked, soaking up just enough of the broth. The broth itself was rich, milky and very flavorful, especially with the addition of the black garlic oil. I do wish the broth had been served a tad hotter. 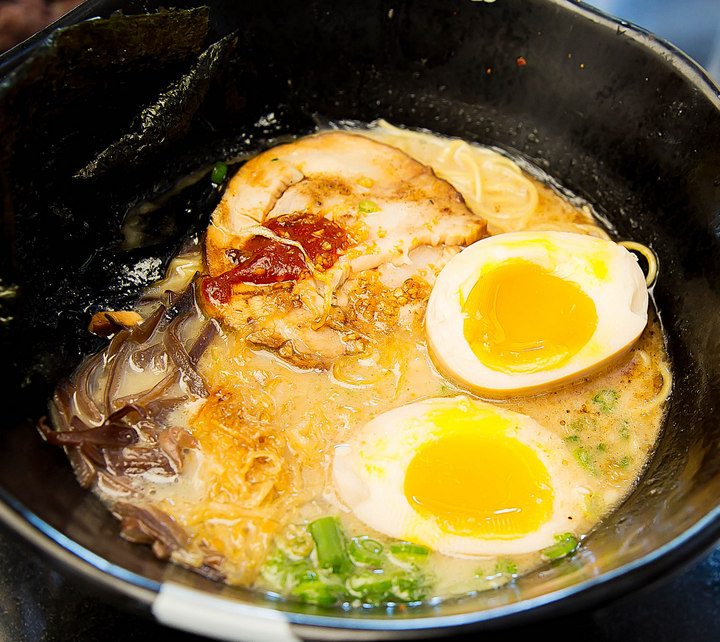 To my delight, the seasoned egg had a soft yolk. I love soft boiled marinated eggs with my ramen, but they are quite hard to find in San Diego. The egg arrived whole and I requested a knife so I could split it open. 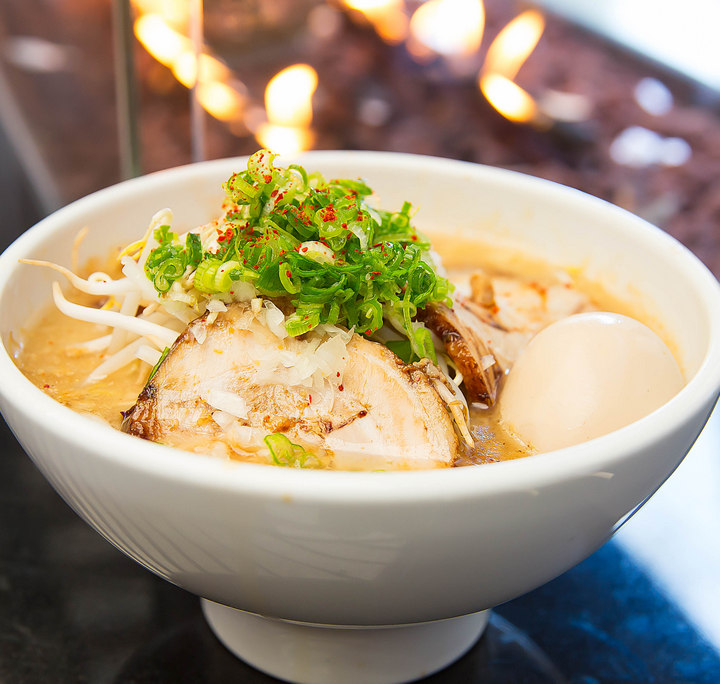 Mr. K opted for their second most popular ramen bowl. This one was a few dollars more than my pick, but it was also loaded with ingredients, including several pieces of melty chashu, bean sprouts and scallions. 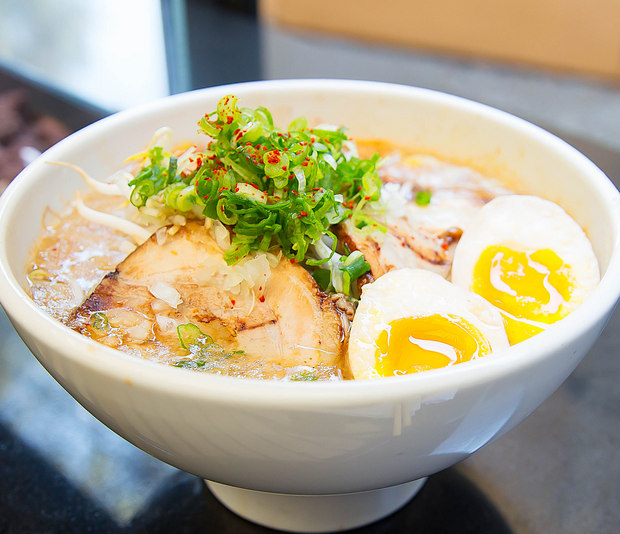 This ramen was also served with a seasoned egg, which again, had a perfectly cooked soft yolk. The cha cha cha was served with thick noodles. Normally, I prefer the chew and bounce of thick noodles, but the thick noodles did a poor job of absorbing the pork broth flavor. 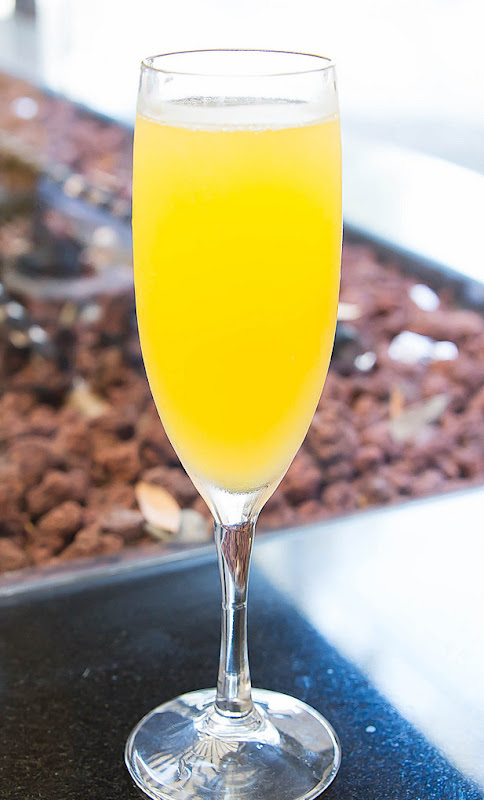 While browsing the specials, we noticed that they serve $2 mimosas all weekend long. Mimosas with ramen? Why not! These were actually surprisingly strong and you can’t beat the price.

Overall, we had a pretty pleasant experience here. The staff was very friendly and attentive and my bowl of ramen was solid. We hope to be back to try a few more menu items.

Be sure to check out Kirk’s visits here.