These low carb and keto-friendly cinnamon rolls are soft, chewy, filled with swirls of cinnamon and topped with cream cheese frosting. They are perfect for your next brunch or breakfast. 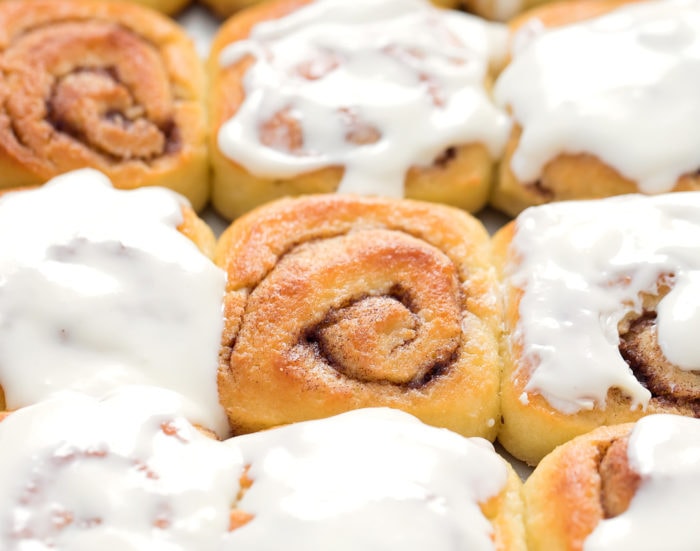 I have been determined to create keto-friendly cinnamon rolls. I don’t have as much time to recipe test these days, so I had to split my testing over several days. But I’m really happy with how these turned out, just in time for the long weekend. 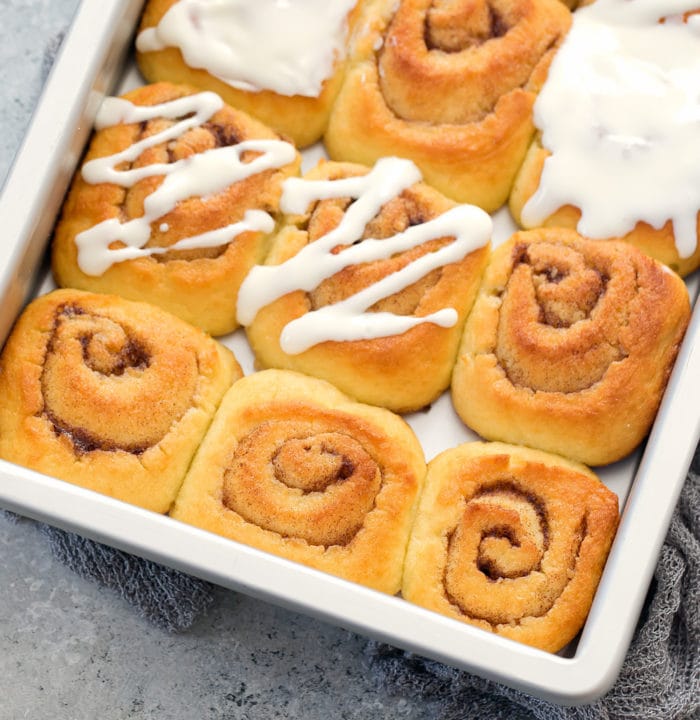 The base of the cinnamon rolls is the popular fathead dough. Fathead dough is made with melted mozzarella and cream cheese, almond flour, baking powder and eggs. The dough comes together very easily and is very versatile, working for both sweet and savory recipes.

If you’ve ever made fathead dough, then you know it’s quite sticky, which makes using it for cinnamon rolls a little trickier since cinnamon rolls require you to roll out the dough and re-roll it up. But it’s definitely possible and I provide plenty of step by step photos and tips below.

How to Make Keto Cinnamon Rolls

Tips for cutting the cinnamon rolls

Whether you prefer thick frosting or thin icing, I’ve covered both in this recipe. The cream cheese frosting starts off super thick but can easily be thinned out for those who prefer a thinner icing.

To make the frosting, you need cream cheese, butter and powdered sweetener and vanilla. To thin it out, you just need to add some almond milk. 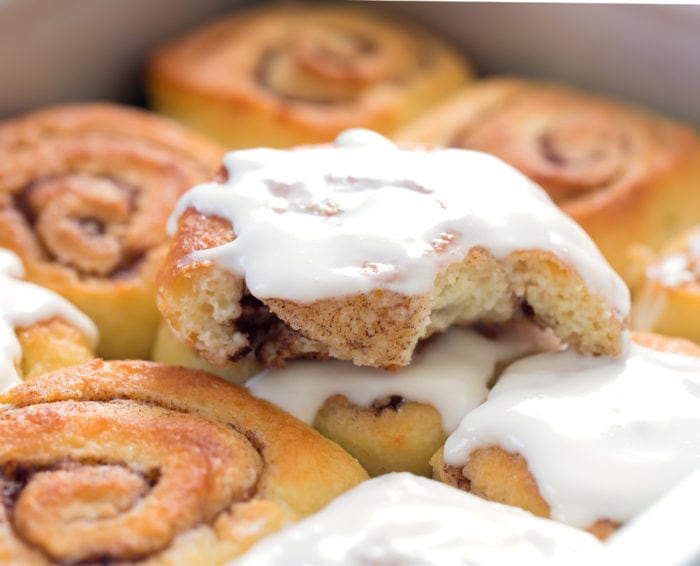 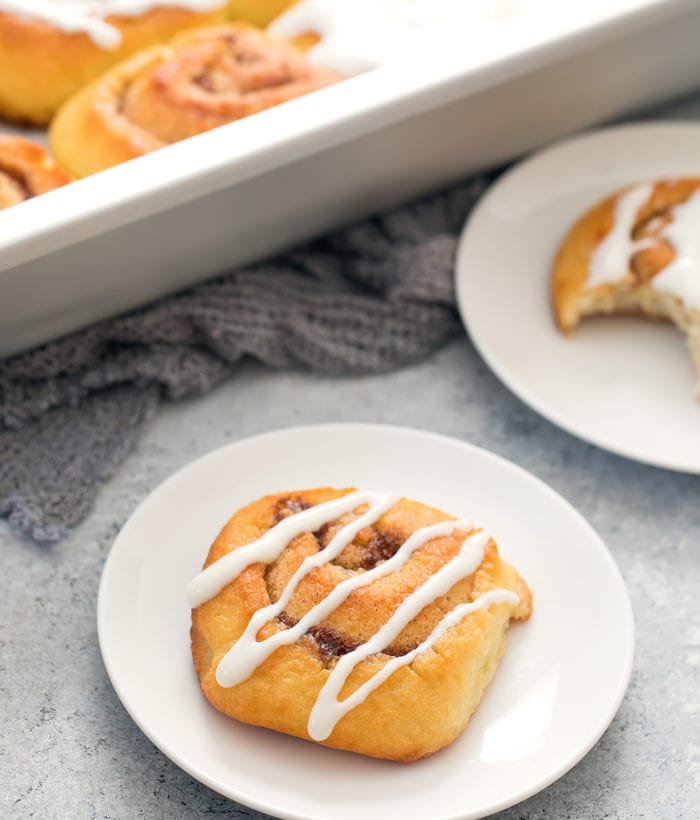 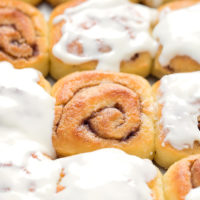