This quick bread is fluffy and soft and tastes like a snickerdoodle cookie in bread form. It’s an easy one-bowl recipe, no mixer required. The bread is sweet, full of cinnamon flavor and has a slight tanginess just like the cookie. 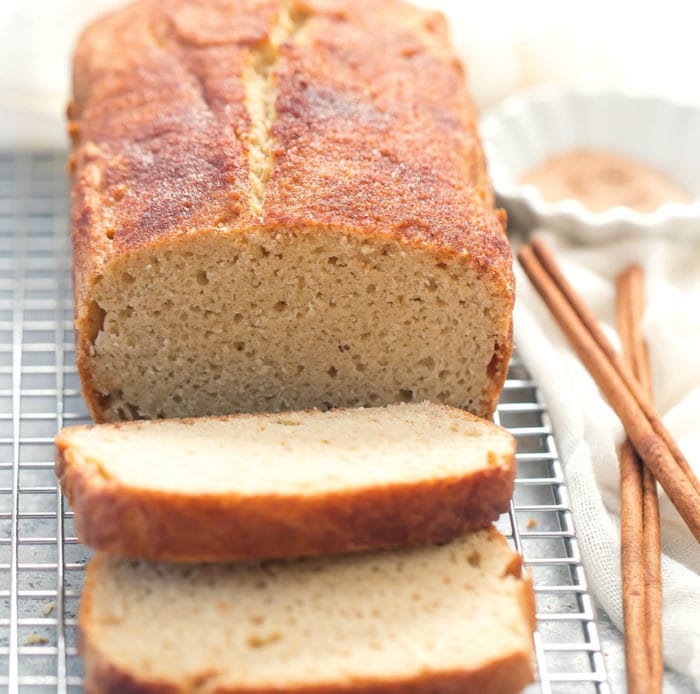 This is a fun and easy quick bread, perfect for a breakfast treat or afternoon snack. The bread is full of cinnamon flavor. It’s topped with a cinnamon sugar coating which creates a crunchy crust over the bread. 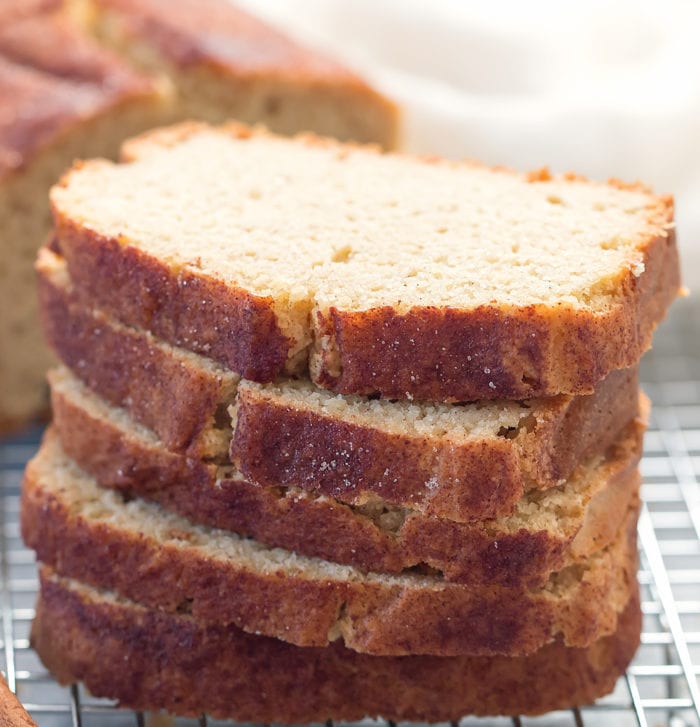 Just like classic snickerdoodle cookies, the cake is finished with a cinnamon and “sugar” coating. I use erythritol granular because it mimics granulated sugar in texture, taste and appearance.

The coating is put on before the bread bakes so that it creates a sweet crust over the bread. If desired, you can also sprinkle some more on right after the bread is finished and while it is still warm. 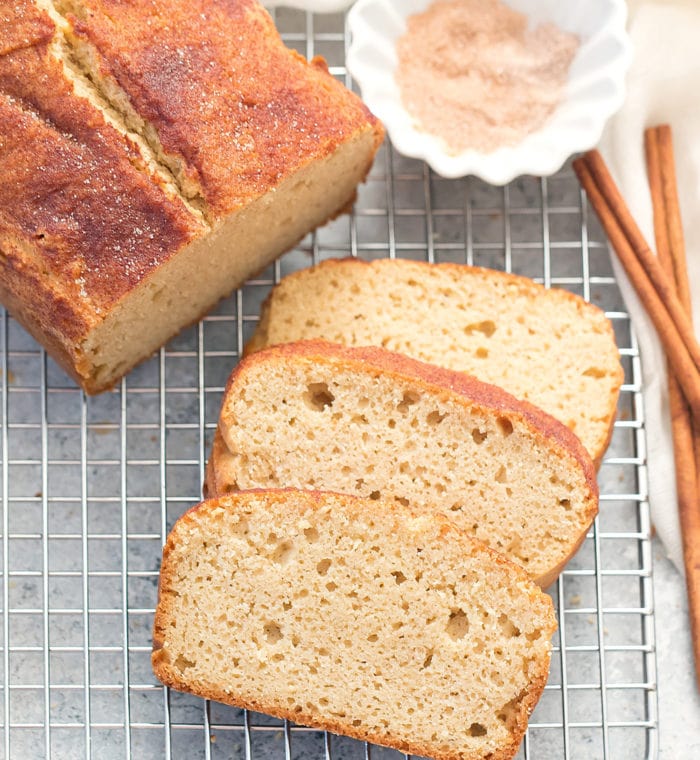 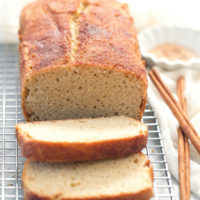 Did you make this recipe?I'd love to see it! Mention @KirbieCravings and tag #kirbiecravings!
Posted in: Keto, Low Carb, Recipes
4 Comments // Leave a Comment »