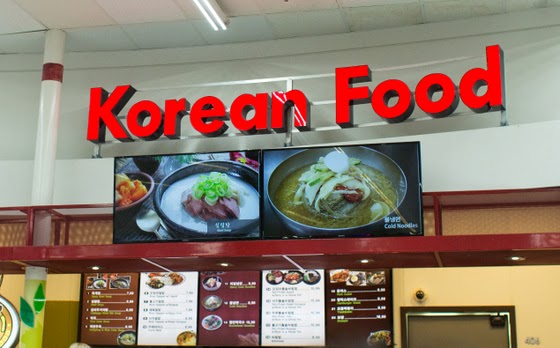 Korean Food is one of the restaurants inside the food court of Zion Market. While shopping for groceries the other day, I noticed that the menu for the home-style restaurant had significantly expanded. When I visited early on, they had only a handful of items and now there are 22 items to choose from. 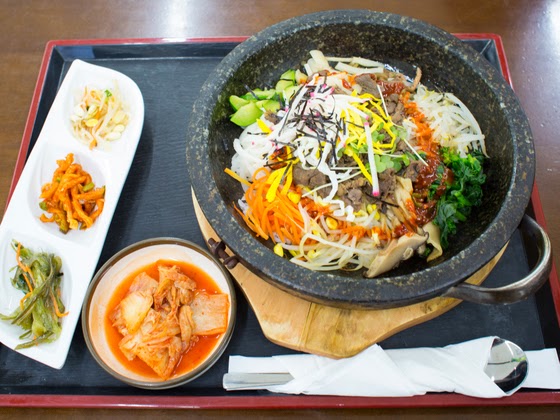 I can never resist a good bibimbap, so I decided to give Korean Food’s version a try. I was pretty pleased when this came out, with the large stone pot and vibrant colors inside the bowl. All entrees also come with a trio of vegetable-based banchan and a separate plate of kimchi. 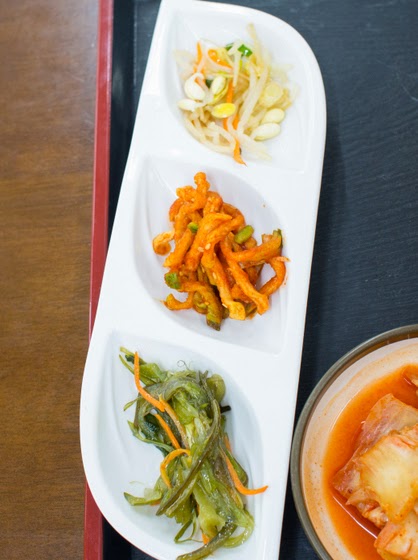 The key to this dish is the stone pot. You need to let the rice cook and sizzle in order to developer a crust before you dig in and scrape it off the bowl. This one had a pretty good crispy crust. The top was also piled high with vegetables and bits of bulgogi. 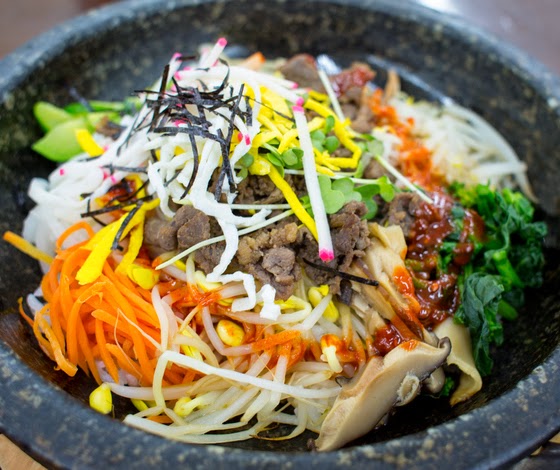 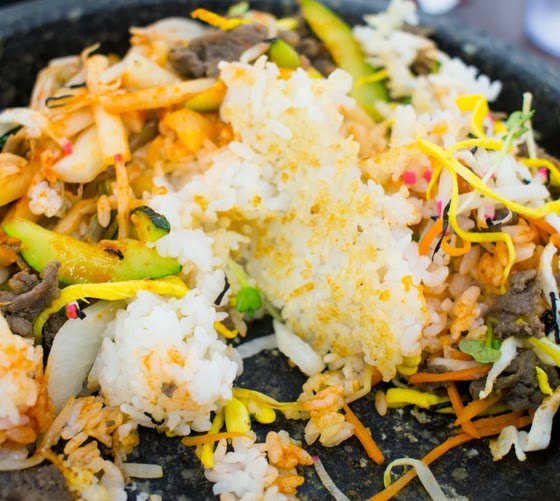 My one issue was that the dish seemed a little bland, with only the meat providing most of the flavor. 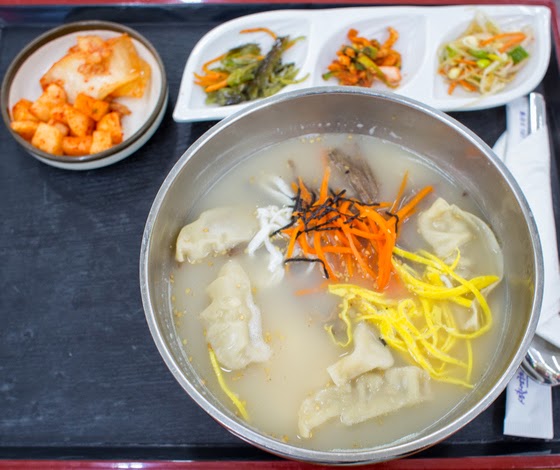 This was Mr. K’s choice. Normally, we enjoy this dish, but the soup tasted like hot water rather than the comforting broth I usually enjoy. As a result, everything else was watery too, especially the rice cakes, which normally absorbs the flavors around it since it doesn’t really have much of a flavor on its own. There were also overcooked stringy pieces of rib meat, which at first glance looked like dehydrated vegetables. 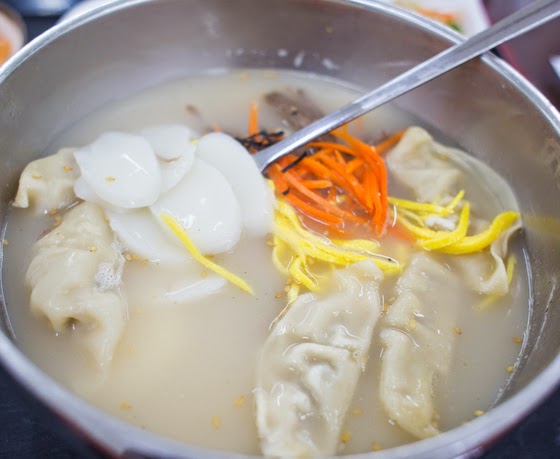 Overall though, I’m happy to see the expanded Korean Food menu. I’ve had other good meals here and I love that they give complimentary banchan, even if it is just various vegetable-based ones. The prices are reasonable, the serving size is fairly generous. It’s a great quick meal after or before shopping at Zion Market.