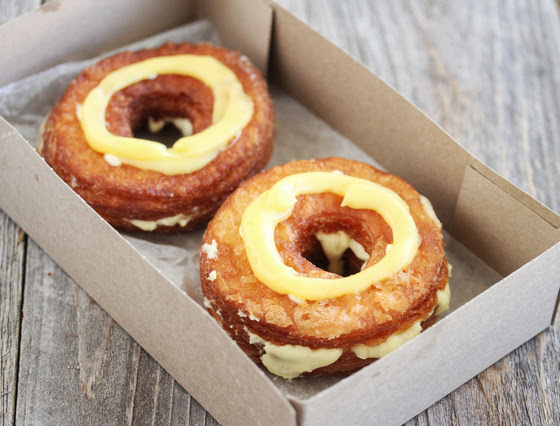 Even though I’ve been curious about the cronut craze, I’ve stayed away from the copycat versions popping up everywhere, until now. Currently, I know of three places in San Diego that have tried making their own version: Donut Bar, Acuzar and Paris Baguette (both the Zion and HMart locations). 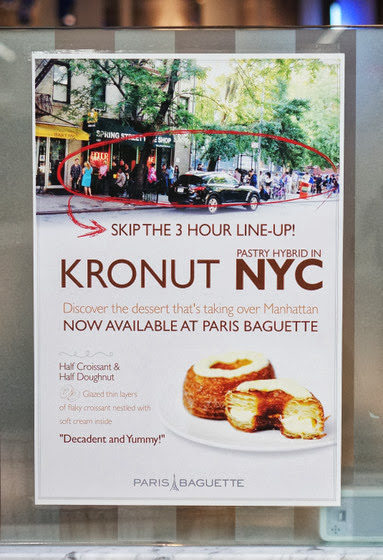 I’ve been too lazy to try to get the ones at Donut Bar and Acuzar. But the Paris Baguette ones seemed more manageable. At the Zion location, they come out with them every day at 1pm and you can also pre-order. We actually didn’t know about the pre-order, so we got really lucky. 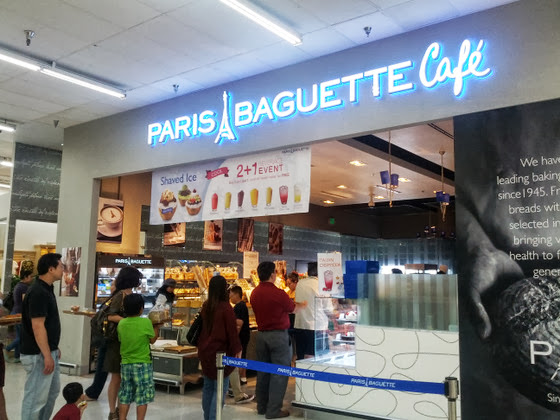 Sunday morning, I was catching up on TiVo recordings and caught a segment where Chef Dominique Ansel (creator of the original cronut) was demonstrating the making of his cronuts and suddenly I didn’t think I could wait until a trip to NYC to try the real thing. I had something going on in the afternoon, so I couldn’t make it to Zion, but Mr. K, showing once again what a good husband he is, agreed to go and try to get me some.

He arrived a few minutes beforehand. I had called ahead to check and was told the kronuts would come out at 1 pm and there would be a separate line near the counter to get them. Mr. K was the sixth person in line. There was a max of 5 orders per person and they only had 20 kronuts. I’m not sure if 20 includes preorders and whether it’s always just 20 a day. When it got to Mr. K, there was exactly 2 left and so he got the last two. The person behind him apparently was quite upset and actually screamed “Noooo!!” She then offered Mr. K $100 for his. He never got to find out if she was serious because the person taking orders told her she could pre-order for tomorrow which seemed to mollify her. 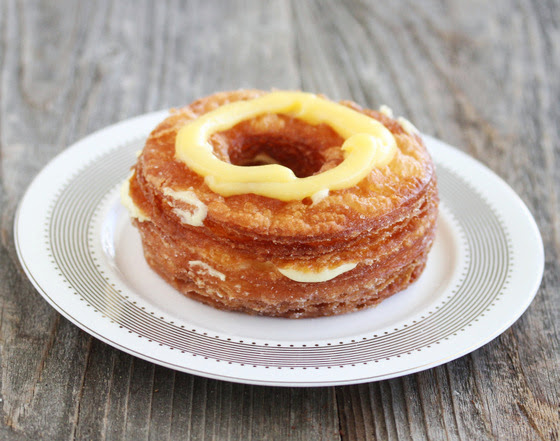 The kronuts look very much like the Dominique Ansel version. Flaky croissant dough layers, cut into a donut shape, deep fried, coated in sugar, with a layer of pastry cream in the middle, and topped with a ring of icing. The kronut had a definite crunch to it from the crispy fried dough layers. It does feel very rich and a little greasy but that’s to be expected. Croissant dough is already very buttery and now it is being deep fried. I thought it reminded me more of a croissant rather than a donut. I’m quite curious now how it compares to the original cronut. 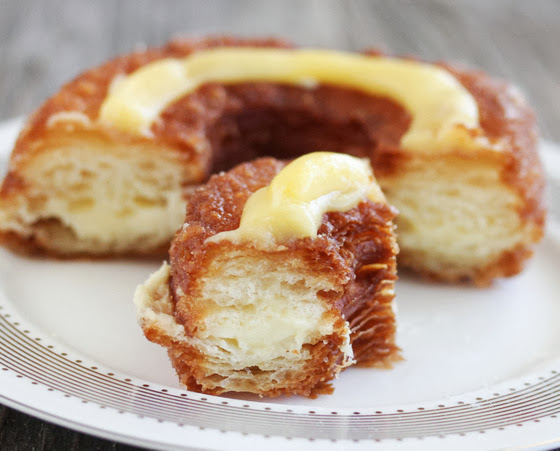 I thought Paris Baguette did a pretty good version. I’ve heard people complain about other copycats being dry, falling apart, etc, and this did not have any of those issues. It pretty must tasted how I imagined it would: a deep fried croissant with some pastry cream inside. It’s not something I would indulge on often and I don’t think it’s going to rank as one of my favorite pastries, but I did think it was pretty tasty. 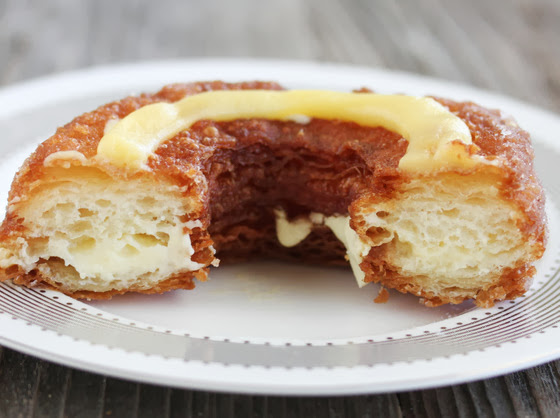 On a recent trip to a Paris Baguette in Cerritos Mall, I also picked up the new “Blackout Bread” which has a squid ink bread with a hot dog stuffed inside. It’s also available in San Diego. I love how it is shaped and it tasted pretty good. I also picked up a guava congolais which just tasted like a coconut macaroon with guava jam inside. 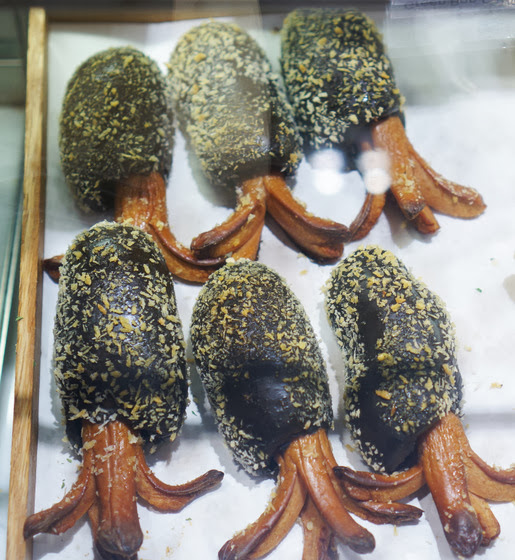 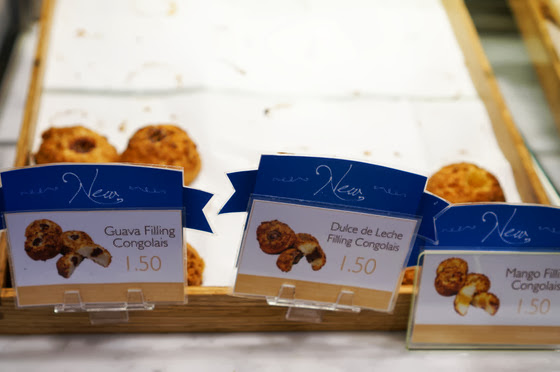 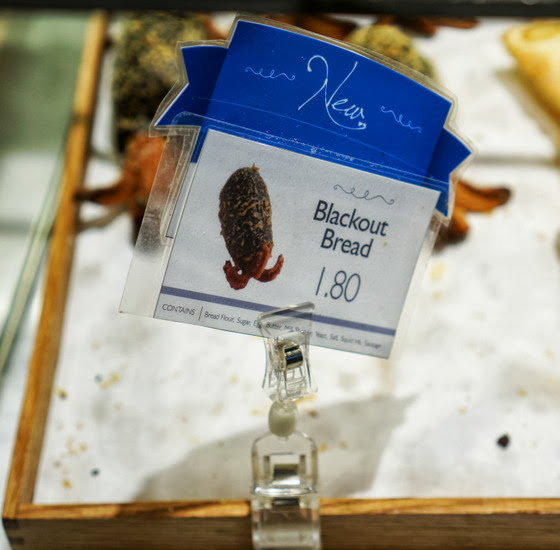 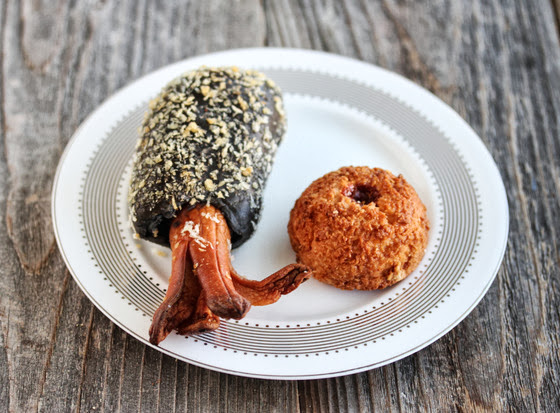 Finally, some more places have opened in the Zion food court.

Noodle J-I recently opened and there’s been a constant long line. I haven’t yet had the patience to wait. 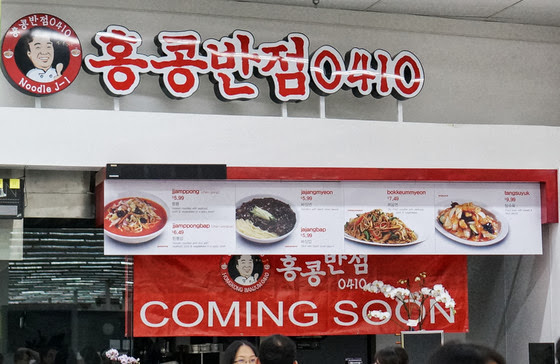 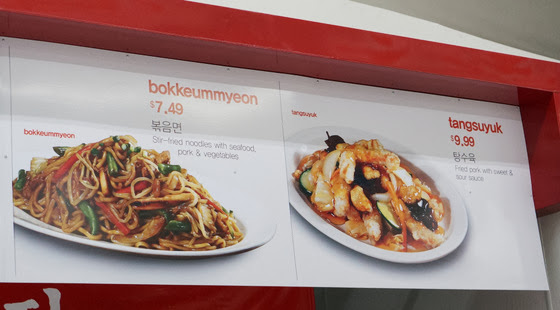 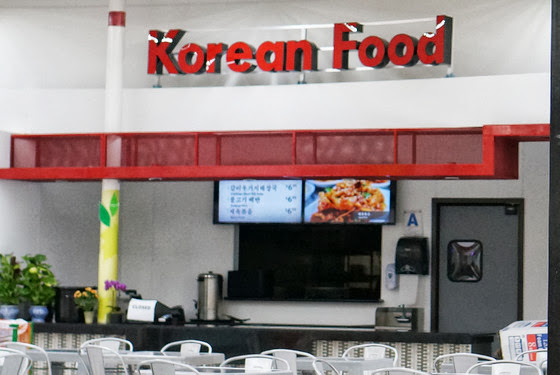 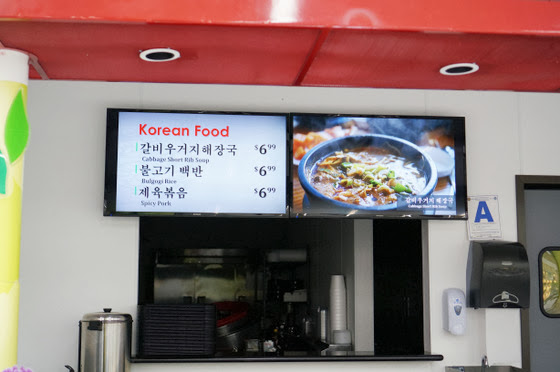 And there are signs for two more upcoming places: 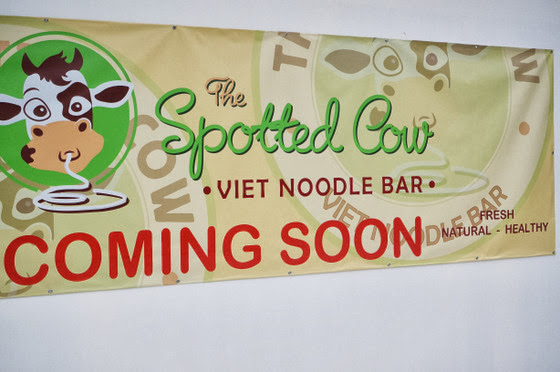 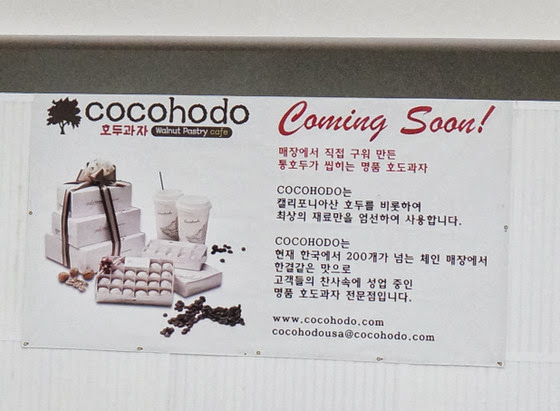 17 comments on “Kronuts from Paris Baguette”