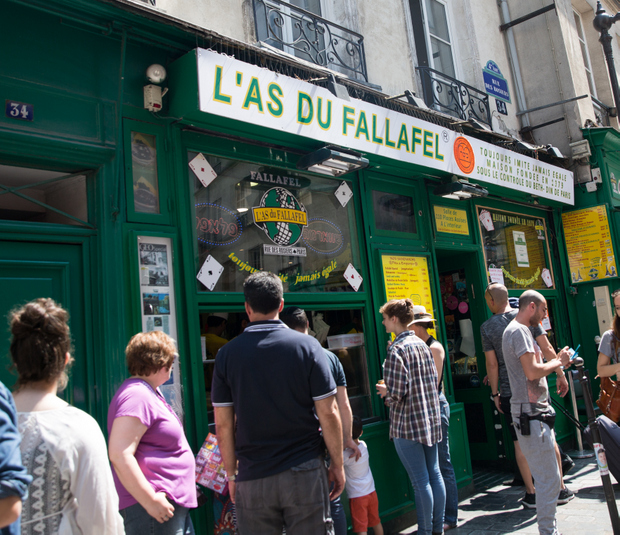 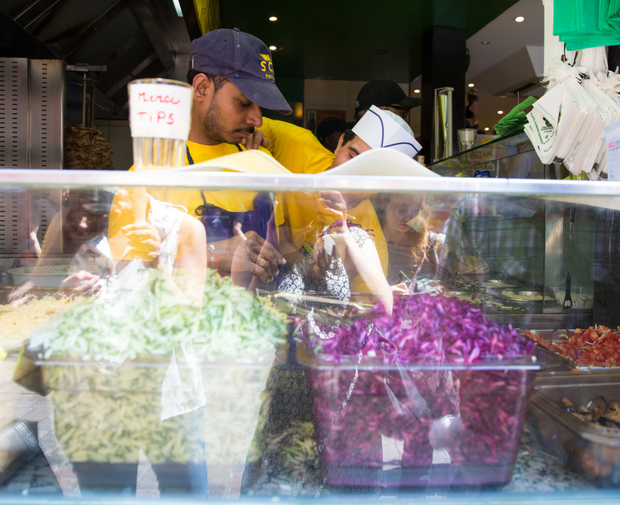 When you arrive to the area, you’ll be surrounded by falafel shops, but L’As du Fallafel will definitely have the longest line. Things move quickly though and the place is like a well-oiled machine. Orders are taken, falafel sandwiches are quickly put together through the assembly line, and soon you’ll have the sought after falafel sandwich, nearly overflowing with toppings and sauce.

I made the mistake of ordering two sandwiches. With so much food planned for later in the day, one would have been more than enough for the two of us to share. 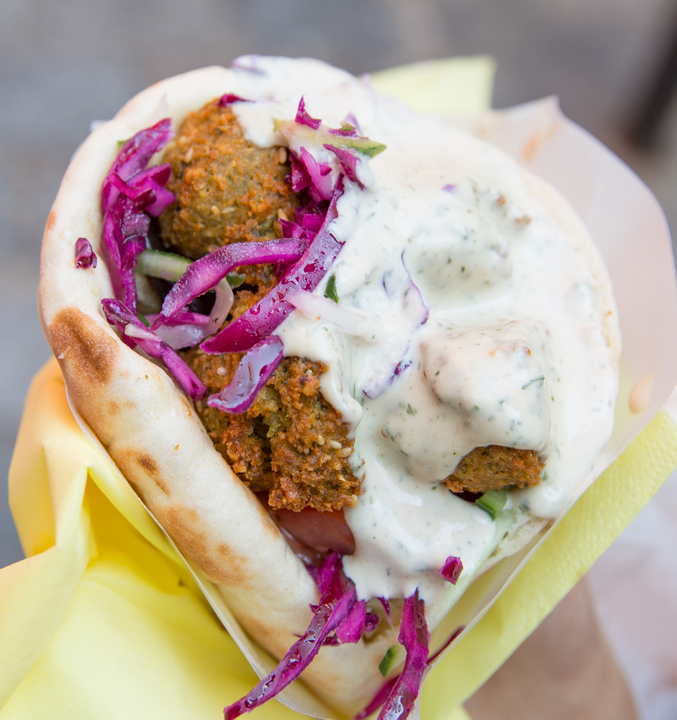 In terms of size, L’As du Fallafel definitely wins. This was by far the biggest and most overstuffed fallafel sandwich I’ve ever seen. The soft pita bread somehow manages to hold together half a dozen golden deep fried ground chickpea balls, eggplant, cabbage, hummus, and tahini. It’s overflowing, messy and a bit hard to eat while standing (you can choose to dine-in, but the sandwich will cost more and nearly everyone in line gets it to-go). 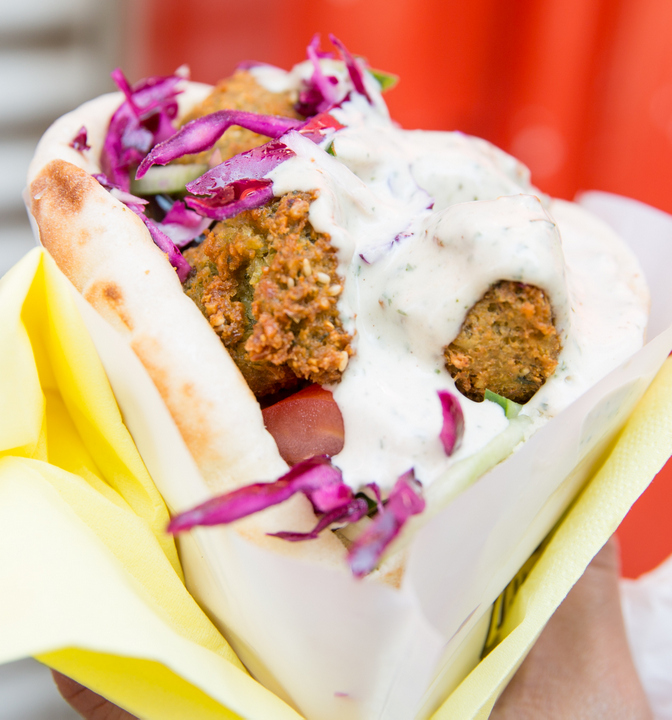 The falafels were quite good. Growing up, we had this quirky little restaurant near our house that was almost an institution to the neighborhood. It served a very varied menu but it made the best falafels I’d ever tasted. Sadly, it closed its doors earlier this year. I always order falafels whenever I get a chance and am almost always disappointed. The ones at L’As du Fallafel though, were just what I was searching for. Golden, crispy, and packed with so much flavor that you don’t mind that they are vegetarian.

Overall, we enjoyed the falafel sandwiches here. Is it worth the hype? That I am not sure. I guess it depends how much you like falafel sandwiches and whether you have enough time during your stay to pay them a visit. If you’re going to be around for at least a few days, it’s definitely worth considering, just so you can check it out for yourself.