My tepid love affair with Liang’s Kitchen in San Diego had pretty much ended, but then I read a post from Jinxi that Liang’s was now offering Taiwanese snow ice. In fact they offer quite a few flavors and the pictures on the menu looked promising. So we decided to revisit for a meal and for the ice.

We noticed some new menu items, like the Boss Noodles. 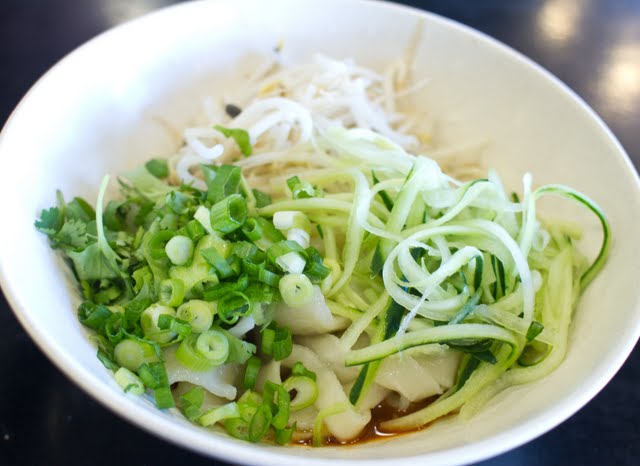 It’s a dry noodle served with a spicy sesame sauce. It tasted mildly like dan dan noodles, but spicier. This was actually pretty good and the noodles had a good chew. 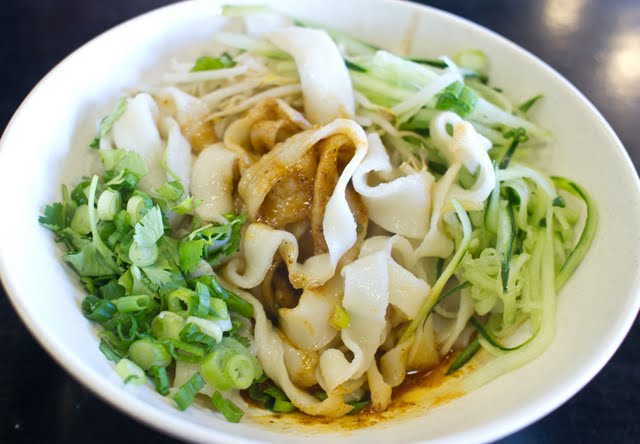 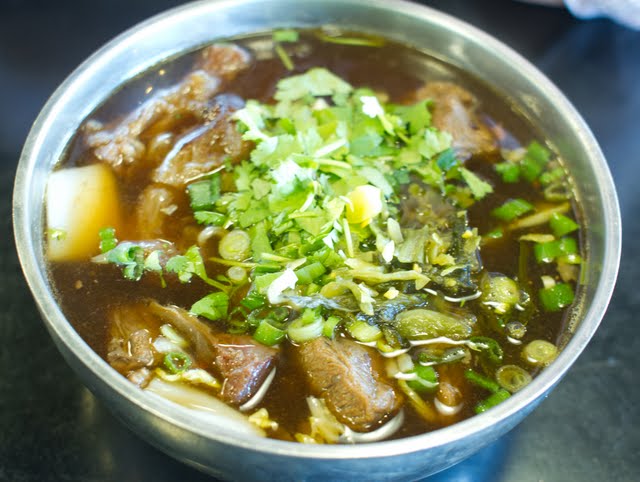 For a short time, the broth on this beef noodle soup actually improved a little, but my last few trips have been disappointing. This time the beef flavor was way too light, and the noodles were too soft and had lost their chew. 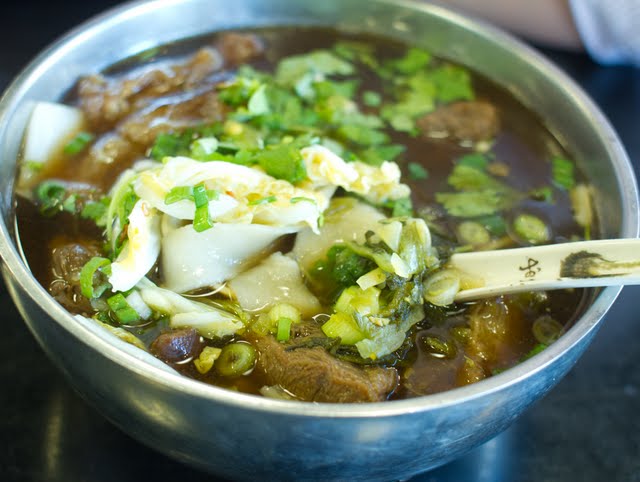 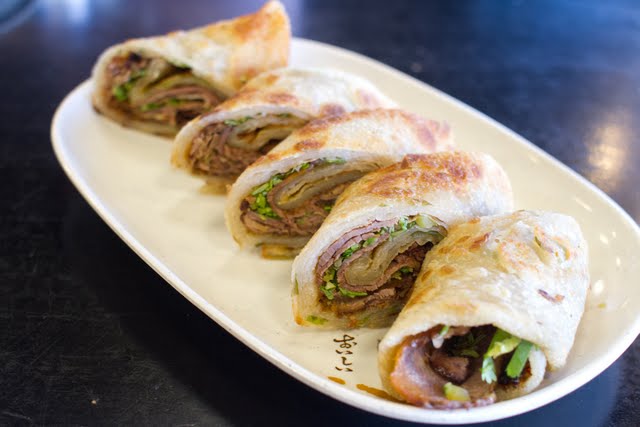 Their beef rolls are still pretty reliable and tasty, and I still think they make the best version of beef rolls in San Diego. But I think I’ve just had too many beef rolls, so even this couldn’t really get me excited about this place.

Now onto the main reason we were here: the snow ice. 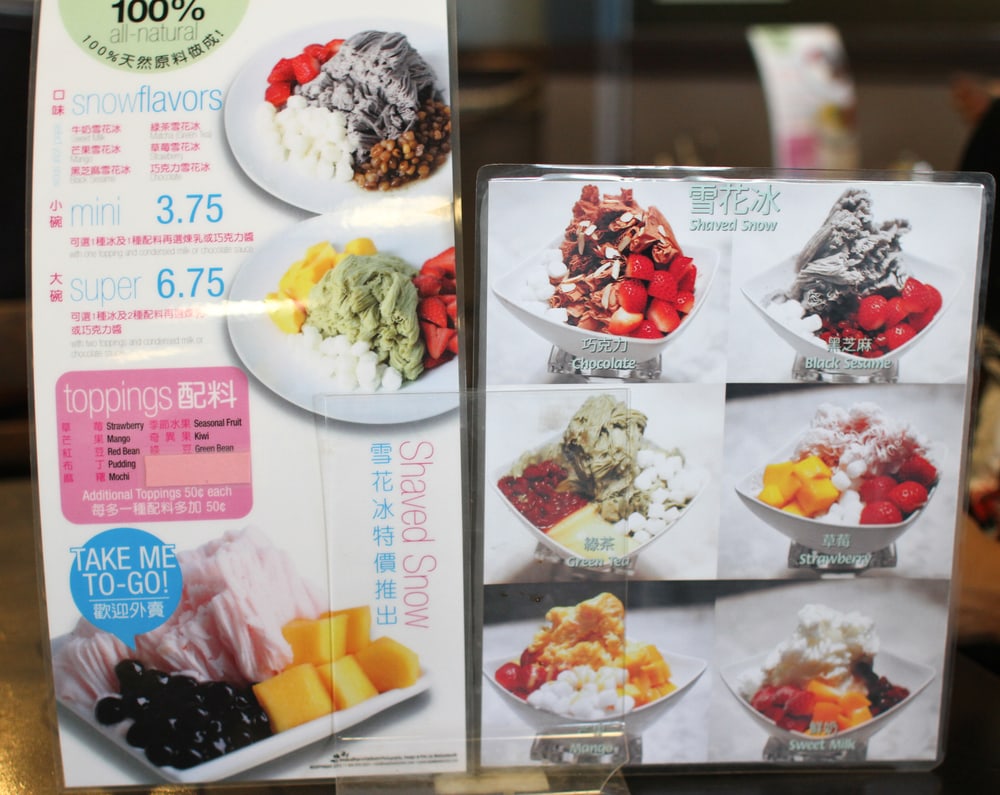 Sure enough, when we arrived, every table had the snow ice menu prominently displayed so it’s impossible for customers to miss. If you’re a regular on my blog, you know I’m obsessed with Taiwanese snow/snowflake ice (it’s literally translated as snowflake ice from Chinese, though most places I’ve seen it in the US, it’s just called snow ice). I have been wishing for it to make its way down to San Diego. Unlike old school Taiwan shaved ice, snow ice is made from blocks of water mixed with condensed milk (though a lot of the places in the US use milk powder and sugar), resulting in an ice that is much creamier and melts slower. It’s shaved through a machine that shaves the ice into thin sheets that fall on top of each other.

I found this really cool short video that shows how it is shaved. I never realized how fast it was. You can view it here.

To tell you the truth, when I saw Jinxi’s pictures, I already knew the ice was not as fluffy and soft because the layers were thicker.

Nevertheless, I was hoping that it was one of those things where it might not be as good as LA, but good enough to satisfy my cravings. 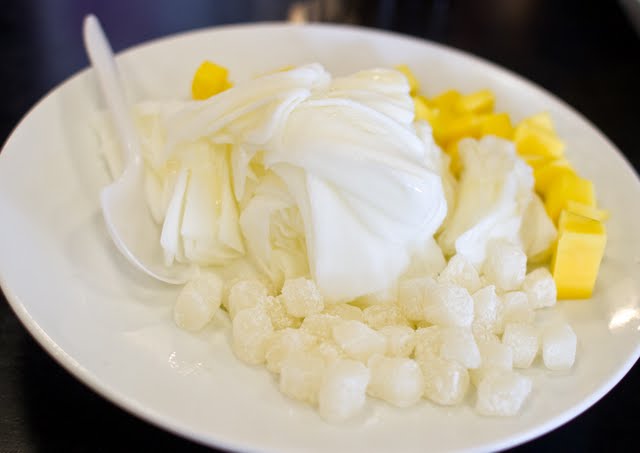 The milk snow is the original flavor and usually my favorite. First off, I thought the portion was pretty small compared to the versions I’ve had in LA for about the same price. I was also sad to see that they don’t offer the large fresh made mochi that is offered at many of the LA places, and instead offer the packaged mini mochi that is served at the frozen yogurt stores.

The ice here was way way too icy. It was not soft and creamy at all. In fact, the middle section was almost frozen solid ice. Their ratio of  milk to water in making the ice definitely needs to be adjusted. This was actually by far the worst version of snow I’ve had.

The one good thing going for it was the mangoes, which were actually fresh and sweet. 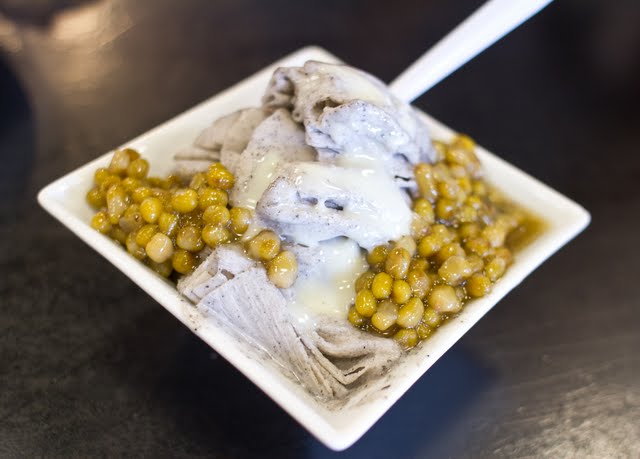 The black sesame was a bit better. I could taste the black sesame flavor, and it was not as icy. I think it’s because they had to add the sesame paste, so the consistency was better than the original. I wouldn’t mind eating the black sesame again, though I would choose a different topping, and it was nice to see that they offer this flavor since it’s one I don’t see offered often.

Still though, in general, this was not a good snow ice experience. With my favorite location, Class 302, opening a second branch in Irvine, which is about an hour drive away, I’d rather just drive there. On the up side, at least snow ice has made it’s way to San Diego. Now let’s hope someone comes up with a good version.