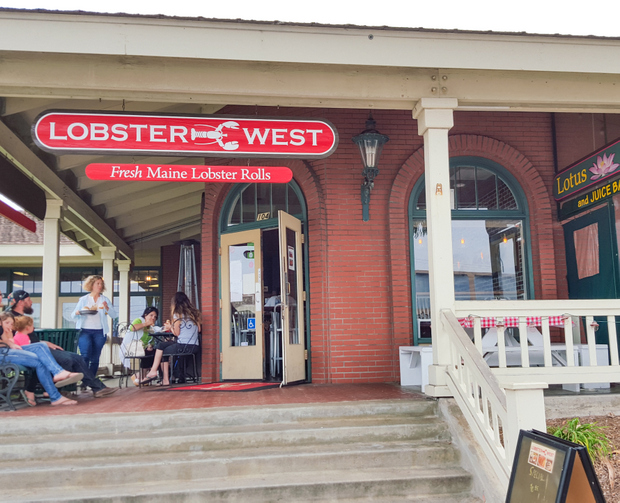 Some of the other menu offerings include crab rolls, shrimp rolls, and seafood chowder. Of course, Cape Cod chips are sold as well. 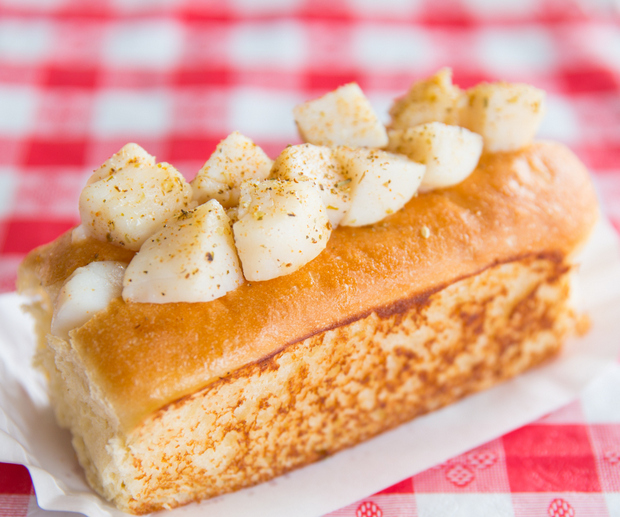 We started with the scallop roll, which was on their specials menu. The sandwich was served on a soft and toasted roll, brimming to the top with scallops, with a little lemon wedge on the side. I found the scallops to be tender and seasoned just right. 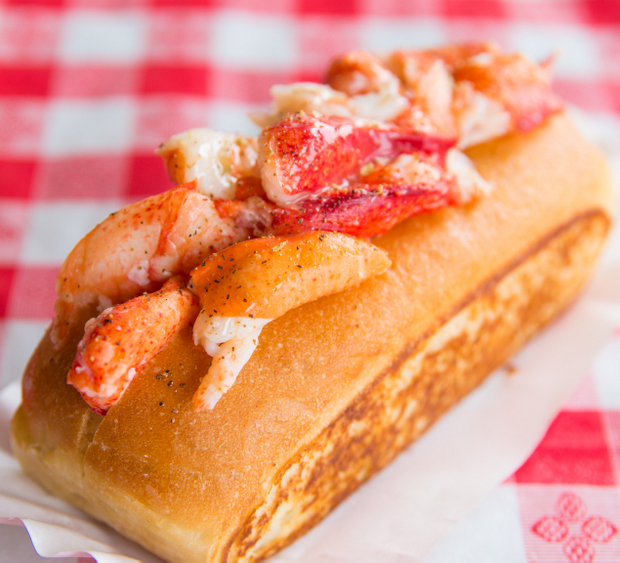 The lobster roll was quite beautiful. The toasted roll had a light mayonnaise spread, with large chunks of buttery lobster sitting on top. The flavor was just like the lobster rolls served on the East Coast. The chunks of lobster were also quite sweet, but I did wish there was more lobster. It appeared to be full of lobster, but actually most of the lobster is just arranged closer to the surface. I realize that it costs a lot more for Maine lobster to be shipped over, so the lobster rolls served here are generally less full, but it’s still hard not to want more. And for the price, $13.95, we actually have had bigger lobster rolls in San Diego. 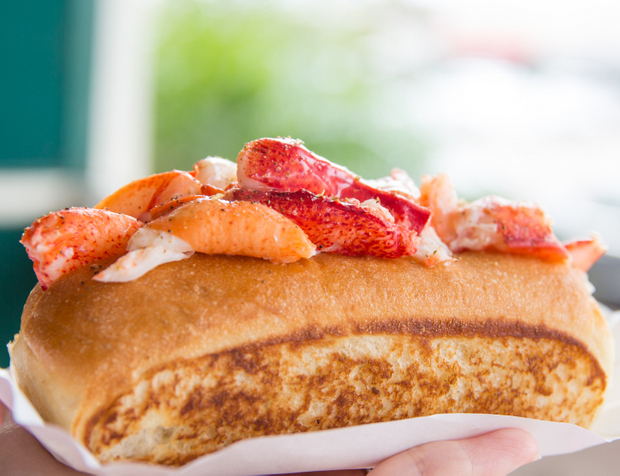 There is an option to add more meat, but it’ll cost you an additional $7.

Overall, we found that Lobster West offered a solid lobster roll and a tasty scallop roll. The service was also friendly and efficient. However, we both wished for a little more meat in the lobster roll.