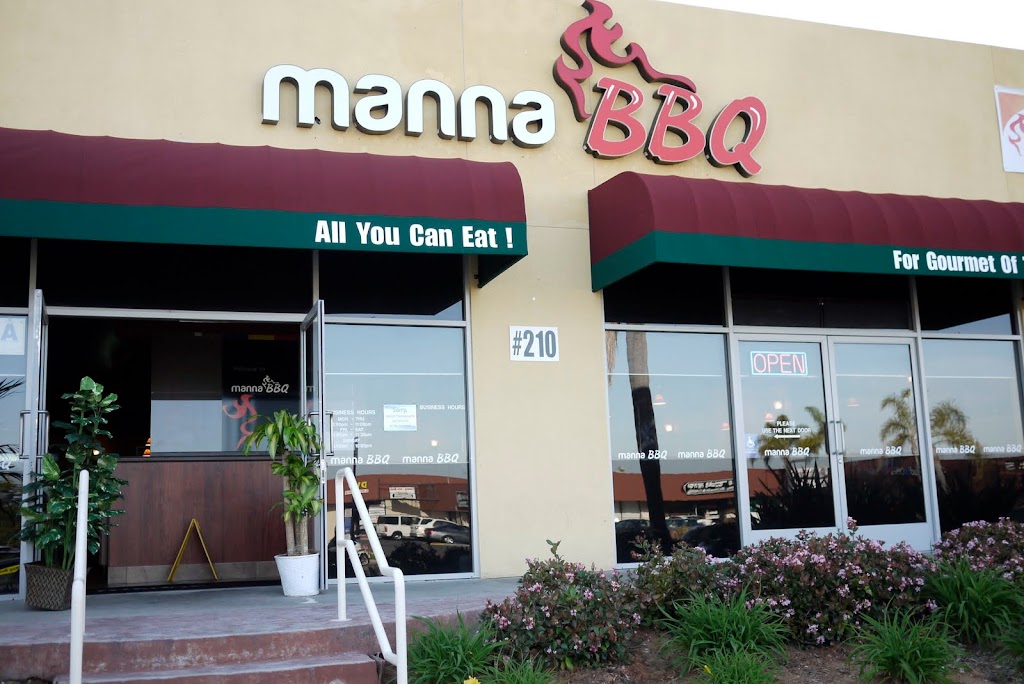 I haven’t revisited Manna since it first opened over a year ago. Everytime I pass by though, I see a line out the door. This weekend, I was craving Korean BBQ and thought it would be a good time to try out the lunch special at Seoul BBQ. But when we arrived, we saw that they were closed for three weeks for renovation. 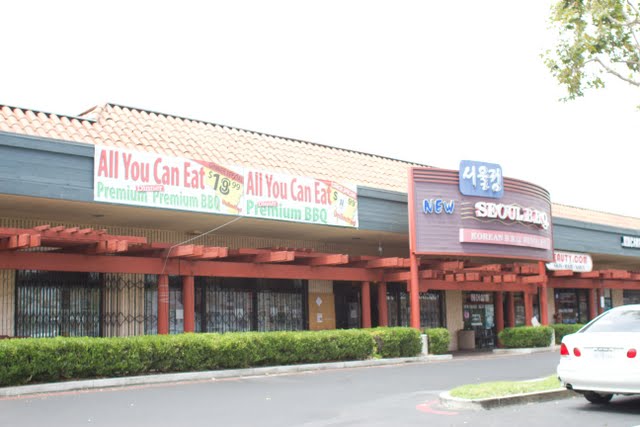 So with Manna being right next door, we decided to pay it a revisit. While there, we also saw signs for their new restaurant, Vibe, which seems more like a nightclub type of restaurant and is around the corner from Manna. 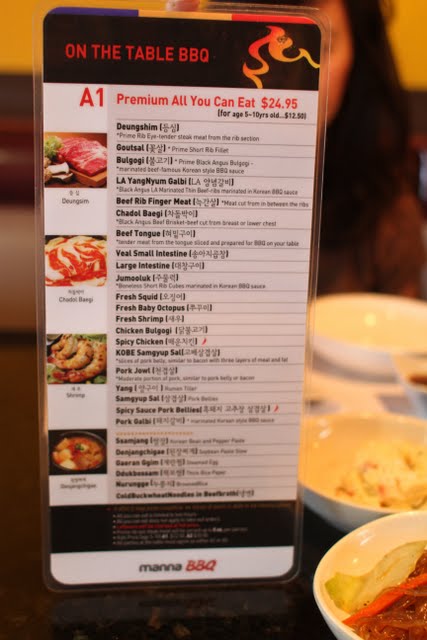 Once you sit down, a flurry of panchan dishes are brought out. When you order, you can choose up to three meats at a time to be brought out. There is also a selection of cooked items like steamed egg (Gaeran Ggim) or soybean stew. 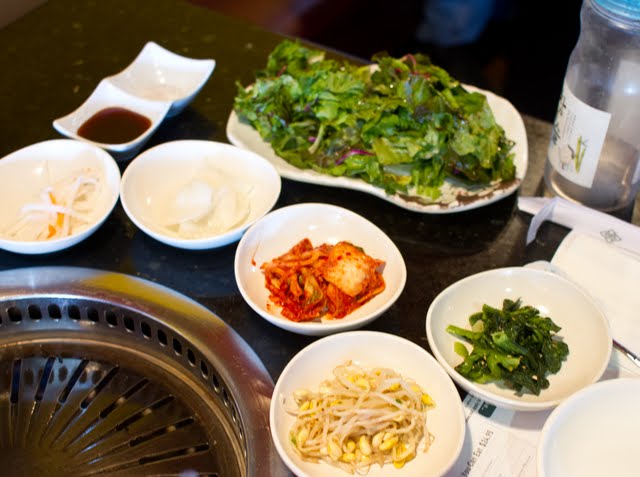 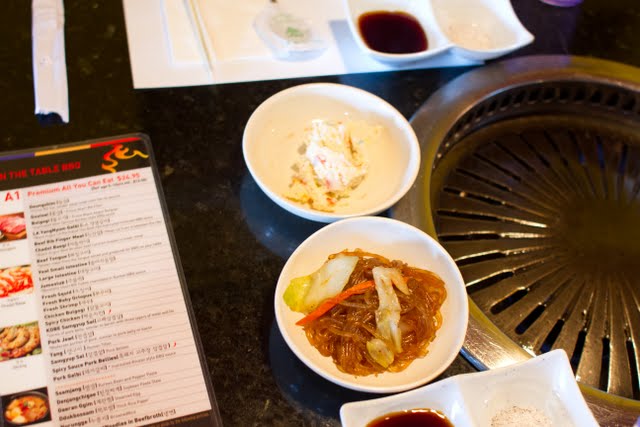 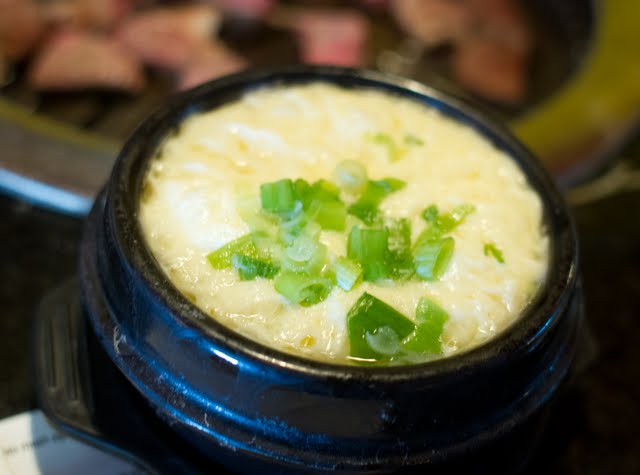 Soon after we ordered, our first meat orders came out. The waiter helped put the meat on the grill and came back later to cut up the filet meat for us after it had been cooked about halfway.

It’s hard to take many appetizing pictures when eating Korean BBQ. It’s basically raw meat or cooked meat. Here’s some of the things we ate: 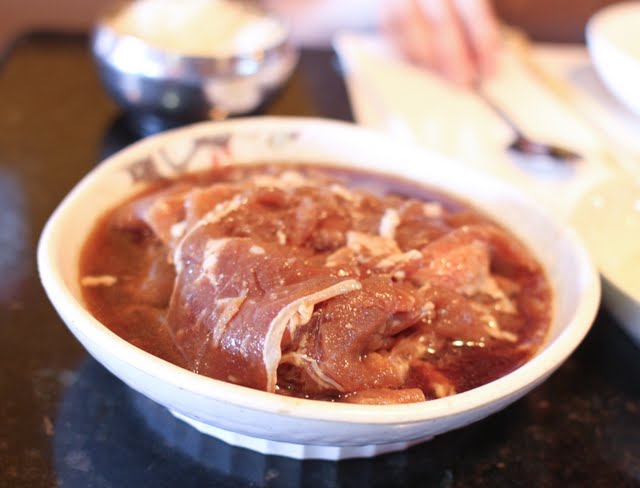 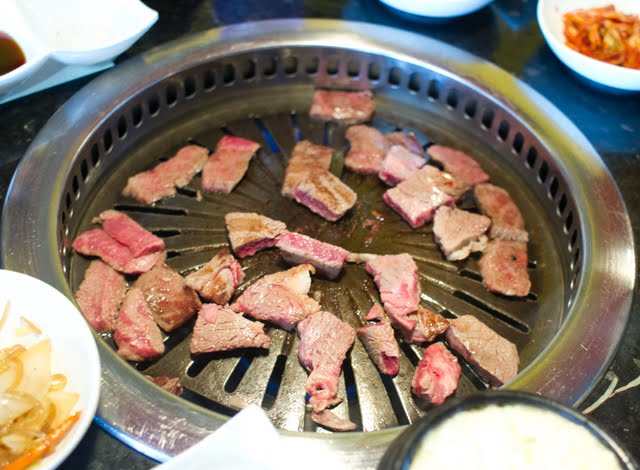 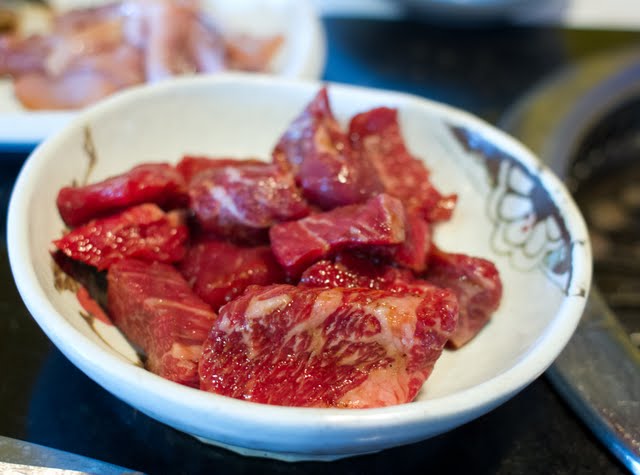 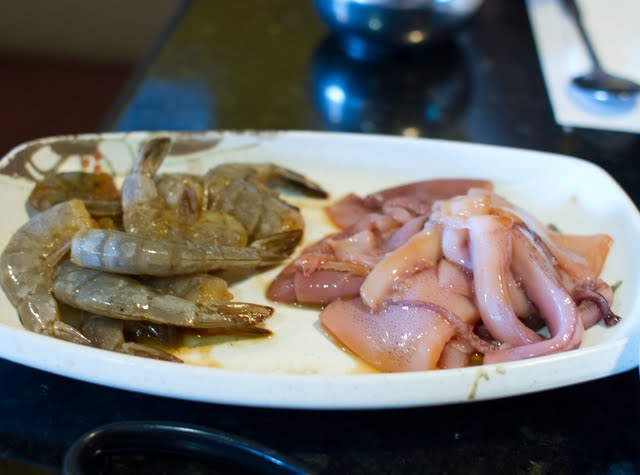 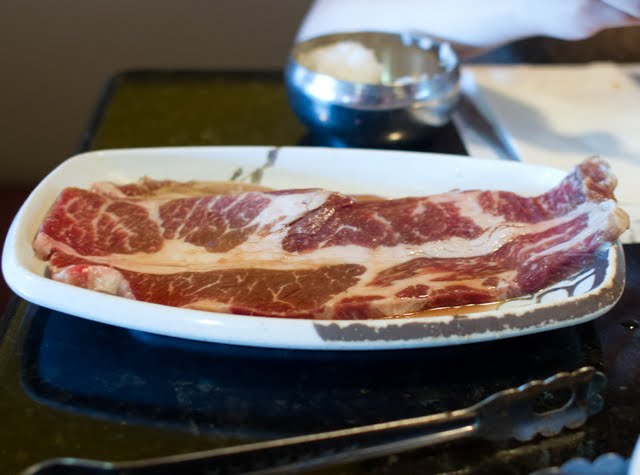 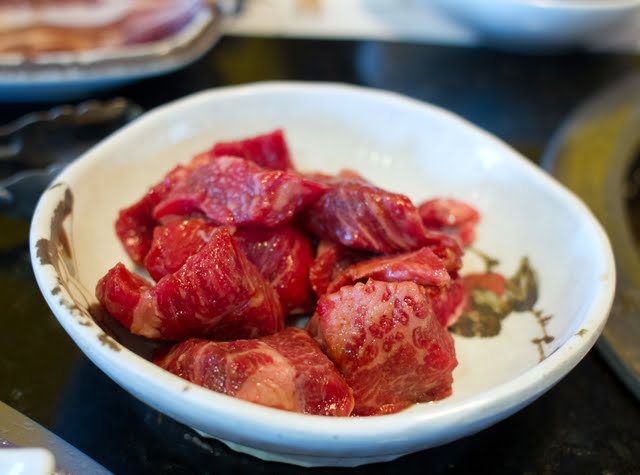 Manna seemed pretty much the same as my first visit. The prices are higher than other Korean BBQ places but they also offer higher quality meats and more attentive service (helping you cook some of the meats, cutting the larger meats for you.) Service was also very quick and we got our meat orders right away. We came during off hours so that might have helped with service as well since it wasn’t busy when we went.

I think Manna is a good place for Korean BBQ in San Diego though I really wish they would do some price specials which would bring me back more often. You can read my previous post here.