Earlier this month, while running errands, we noticed a sign for MARU Lounge, occupying the previous Cafe Venti.

The restaurant, which opened earlier this month, is yet another Korean fusion restaurant. There’s been so many that have opened in the last year that I’ve lost count.

The menu is fairly simple. One sheet, consisting of food on one side and drinks on the other. The interior has a large bar area, tables, and a tv monitor showing a photo reel of their menu and drink highlights.

Like most other Korean fusion places we’ve been to, the lighting was dim and the music was fairly loud. 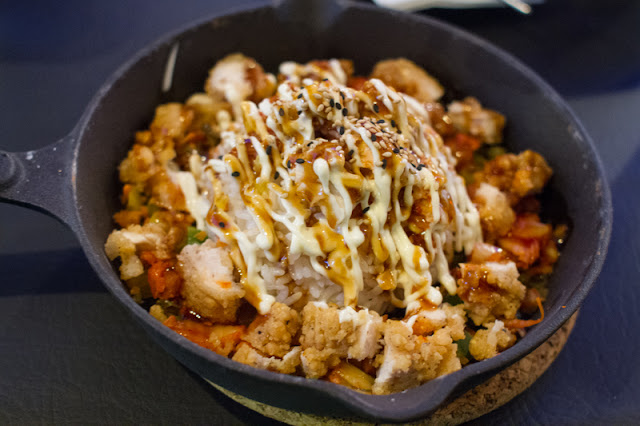 Being a big fan of Korean style fried chicken and of bibimbaps, I was definitely curious about this one. Unfortunately, the rice portions touching the stone plate never developed crusty exterior that is what makes bibimbaps so enjoyable. The flavor was good. In addition to mayonnaise and teriyaki sauce, there was a hot sauce and cubes of fries chicken. However, I really missed the crispy rice. 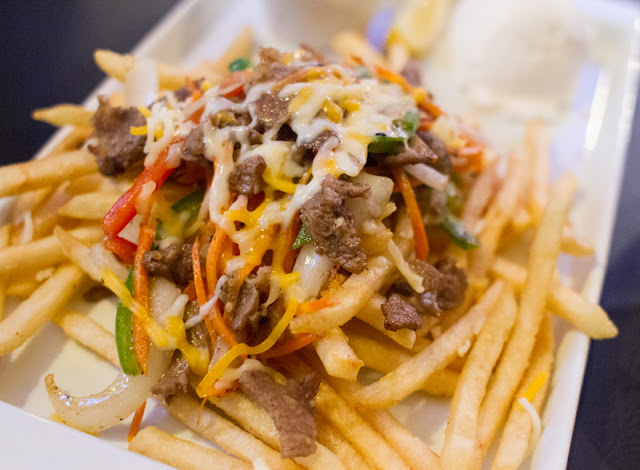 This was described as similar to carne asada fries, but with bulgogi meat and sauteed onions and peppers. We liked the thin crispy fries they used but there needed to be much more topping. Carne asada fries are usually covered in meat and cheese so you can get cheese and meat with each bite of fry. Here, the toppings didn’t stick to the fries at all. You basically had to eat them separately, or put them together manually with a fork. I liked the concept, but it needs some tweaking. 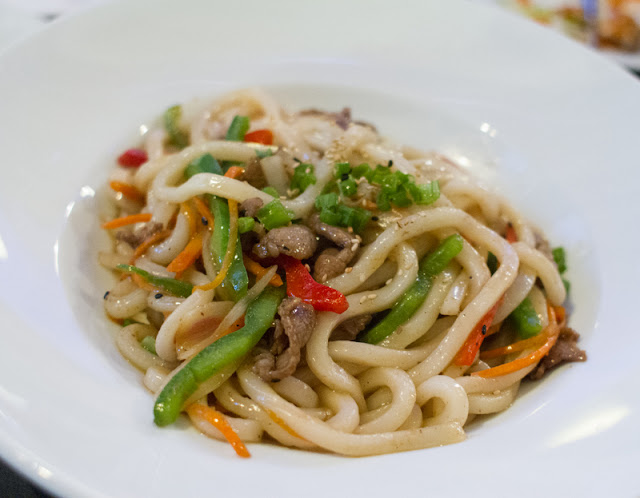 This was our favorite dish of the night. Thick udon noodles are stir fried with bulgogi meat, and again peppers and onions. We did notice that there were green and red peppers in virtually every dish we ordered, even ones when it didn’t quite seem to work. It did work for this one though and I liked this fusion of Korean and Japanese. 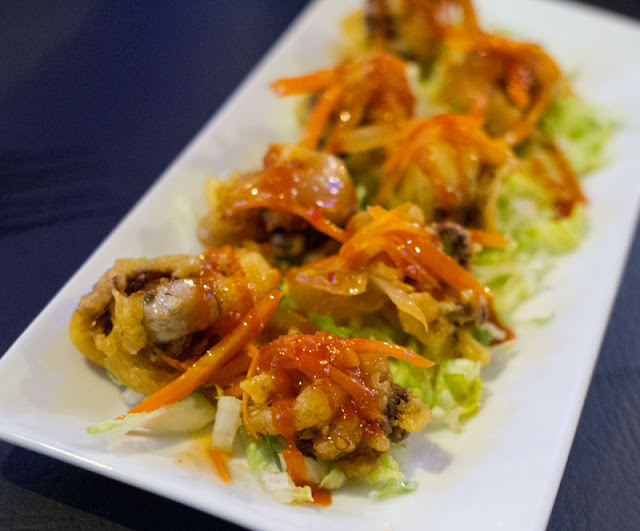 Little baby octopus were deep fried and smothered in a sweet and sour sauce. These were okay but nothing about them really stood out. 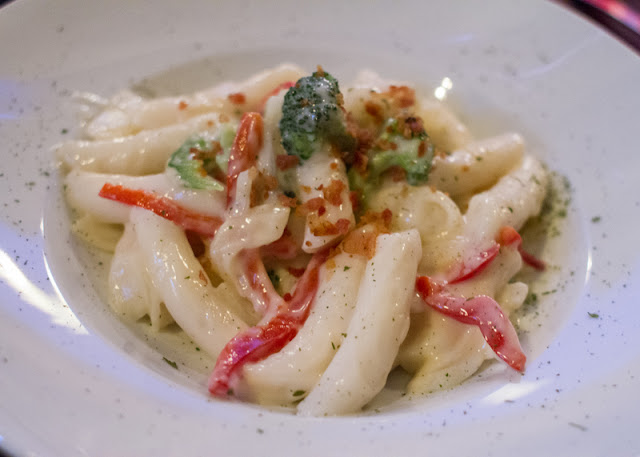 Korean rice cakes were cooked in white alfredo sauce. It was again topped with bacon, broccoli and red peppers. The flavor combination tasted strange and I didn’t really think this was a successful fusion. It also didn’t help that the Alfredo sauce clearly tasted as that out of a jar rather than something made from scratch. 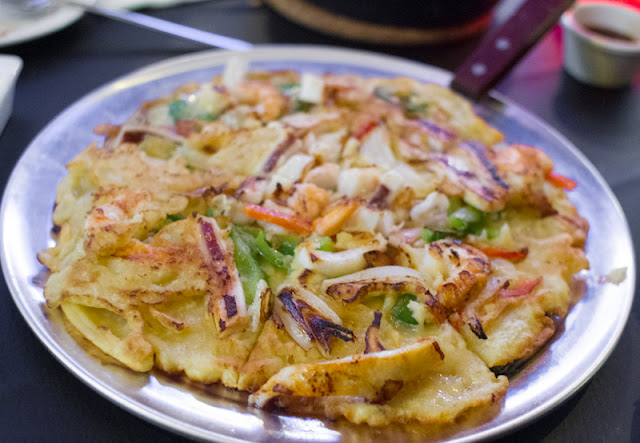 This was the one non-fusion item we chose. Given that it’s a traditional Korean dish, we were surprised at how poorly it came out. It was definitely our least favorite. The top  layer was gummy and a little mushy and the overall taste was bland.

Overall, we had a so-so experience here. I was happy to try some items that I haven’t seen at the other Korean fusion restaurants, but didn’t love the dishes enough to want to come back frequently. We might check it out again in a few months after the place has settled in if we here some positive reviews. 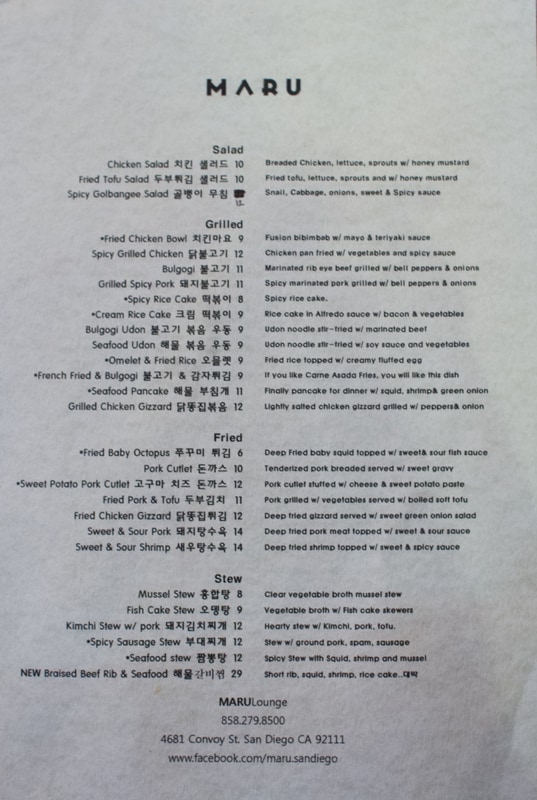 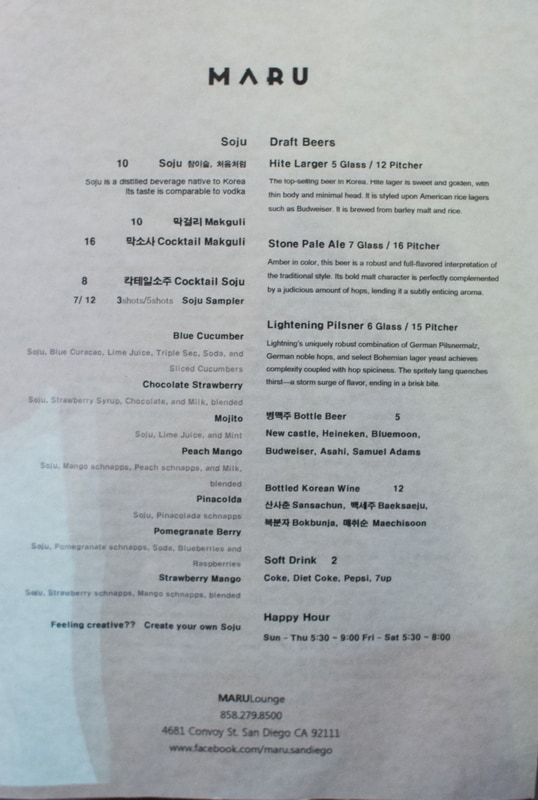