Cute little apple cider donuts topped with a cinnamon-sugar coating. These baked donuts are easy to make and perfect for fall. 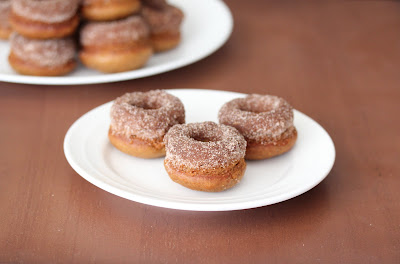 I have a thing for mini donuts and love making them but until recently I haven’t ventured beyond making glazed donuts like my Chocolate Glazed Mini Donuts and Vanilla Glazed Mini Donuts. So, since it’s fall, I thought I’d try mini apple cider donuts. The flavors sounded perfect for the season.

Update: Since writing this post I’ve made a lot more donuts so be sure to browse all of my Donut Recipes. 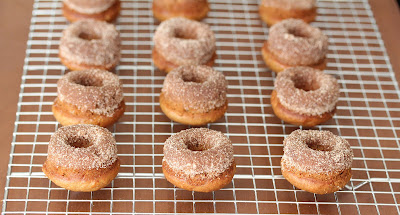 As much as I love fried donuts, baked donuts are just so much easier to make. You don’t need a mixer because the donut batter is easy to make with just a bowl and whisk. Plus, you don’t have to worry about heating up oil and frying donuts in batches. I used my mini donut pan* to bake them in the oven and it was so easy. 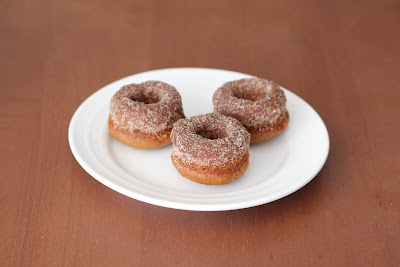 You also don’t have to worry about chopping up a bunch of fresh apples to make these baked donuts. I used applesauce instead and there’s also some spiced apple cider in the batter, too. The mini donuts bake up with a wonderful apple flavor that’s lightly spiced with some cinnamon that’s also included.

Surprisingly, these mini apple cider donuts tasted better the day after they were baked because the extra time really helped develop the apple flavor. These were so easy to make – I’ll definitely make them again. 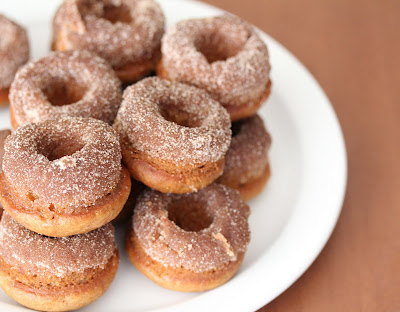 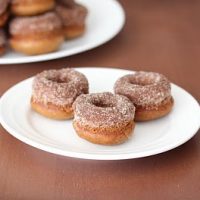 Recipe adapted from The City Sisters

Did you make this recipe?I'd love to see it! Mention @KirbieCravings and tag #kirbiecravings!
Posted in: Donuts, Recipes
14 Comments // Leave a Comment »