These cinnamon rolls don’t require any yeast or proofing and are easier to make than traditional cinnamon rolls. They are soft and flaky, with swirls of gooey cinnamon sugar filling, and topped with cream cheese icing. 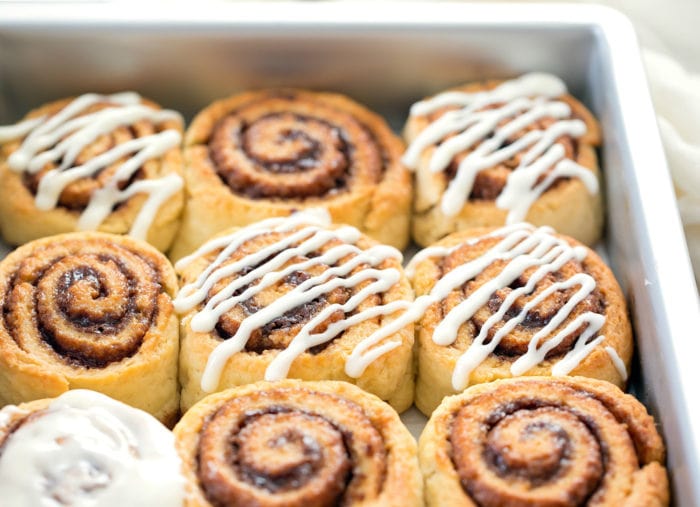 I don’t make cinnamon rolls from scratch often because they are a lot of work. But these cinnamon rolls are much easier than traditional ones. I’ve made half a dozen batches this week to perfect them.

Texture of No Yeast Cinnamon Rolls

Because this recipe doesn’t use yeast and doesn’t allow the dough to proof, the end result won’t be the same as classic cinnamon rolls. However, they are still delicious.

The exterior of the rolls have a firmness to them similar to biscuits. The inside is flaky, soft and sweet.

However, this recipe is not quite as biscuit-like as some of the other no yeast cinnamon roll recipes out there. The few recipes I tried resulted in a dry biscuit texture that reminded me too much of canned biscuit dough. Those versions tasted fine but if I’m going through the trouble of making something completely from scratch, I need it to taste better than premade dough I can buy. 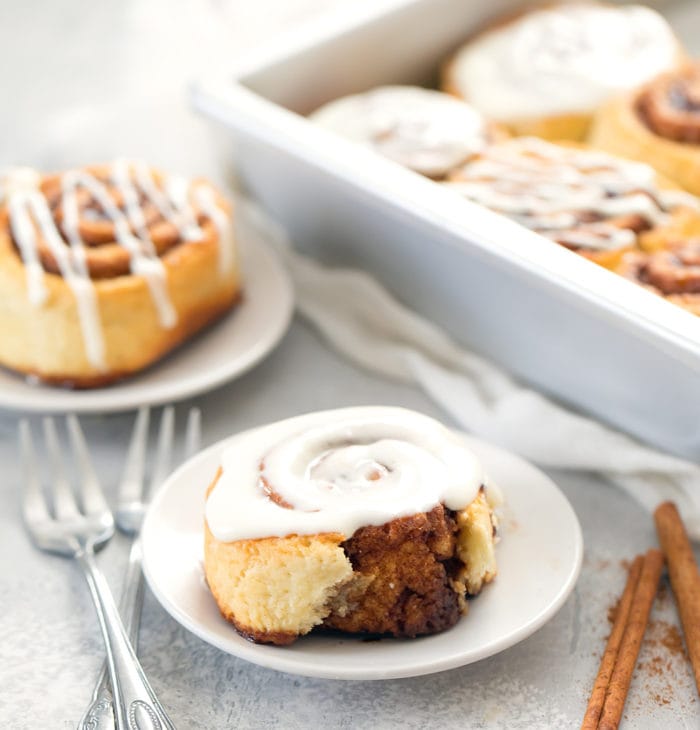 One of the key differences in this dough compared to many other no yeast doughs I’ve tried is that it contains Greek strained yogurt. Greek yogurt keeps the dough moist and soft. I used nonfat Greek yogurt but I think low fat and full fat should work as well. You do need to make sure to remove any water or moisture from the Greek yogurt before using it. 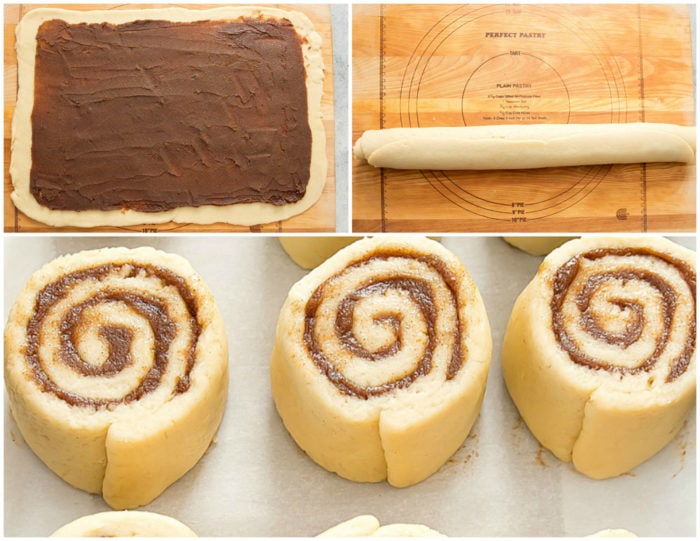 The cinnamon sugar filling will be a thick paste. You want to spread the paste as evenly as possible across the dough (leaving about 1/2 inch around the edges free).

This may take some patience because as the paste spreads, it begins to dry out. You don’t want a paste that is too watery because the filling will just leak out of your rolls when it bakes. 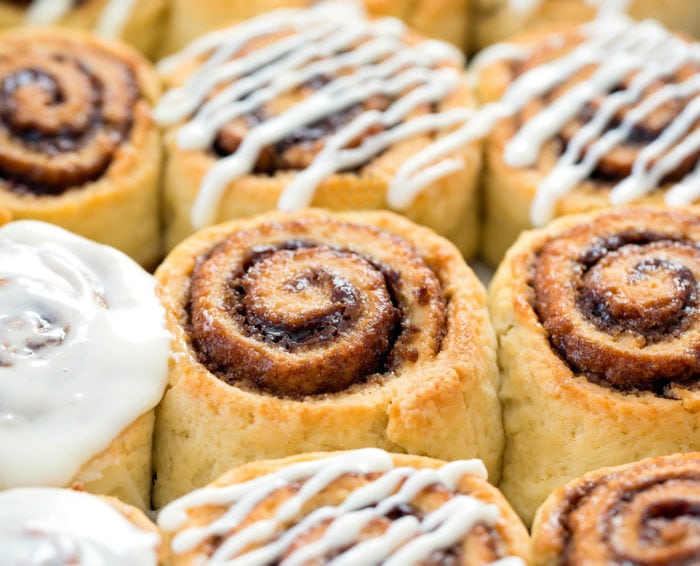 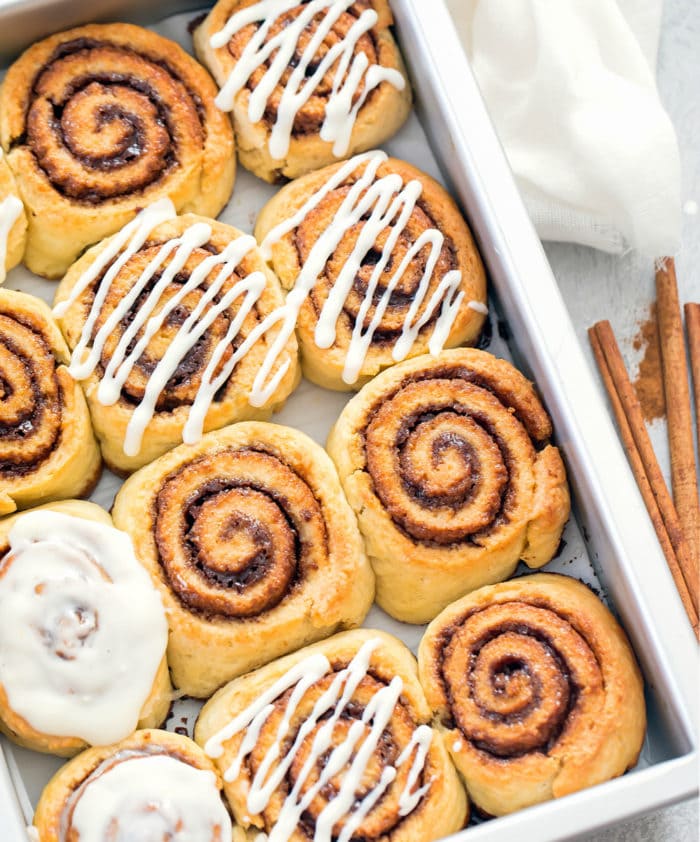 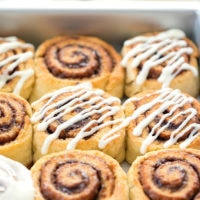 Did you make this recipe?I'd love to see it! Mention @KirbieCravings and tag #kirbiecravings!
Posted in: Breakfast foods, Recipes
0 Comments // Leave a Comment »