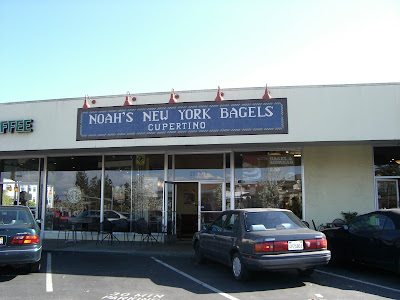 I spent most of my childhood in Long Island, New York.  When I was little, every Sunday morning, my neighbor and I would walk to the local deli and pick up a dozen bagels and rolls.  They always had a special on Sundays.  When I moved to California, I knew I would be missing parts of NY.  The snow, New York City, my friends.  I didn’t realize I would be missing bagels, until one afternoon at the beach.  I remember this afternoon very clearly.  We were at the beach with my aunt, and she brought what she claimed were “bagels.”  I remember biting into one and being horrified.  It was one of the worst things I had ever tasted.  It was shaped like a bagel, looked like a bagel, but tasted nothing like a bagel. It was mushy in texture and tasted like flour.  It was then that I realized how I had not truly appreciated how great NY bagels were until leaving NY.

Growing up in NY, I never had a bad bagel.  I didn’t have to go to a particular store for a good bagel. Every deli that sold bagels sold good bagels.  It’s hard to describe what a NY bagel tastes like.  The skin is chewy, but not too chewy.  The texture of the inside of the bagel is dense and chewy as well, with a certain flavor to it, that I can’t really put into words.  Maybe if I had a bagel on me, I could decipher it more.

Anyway, for years, I searched for a good bagel in California.  While I have yet to find anything that is as good as a NY bagel or tastes exactly like a NY bagel, the Noah’s chain does come pretty close.  And they also make some bagels that don’t taste like NY, but are pretty tasty. 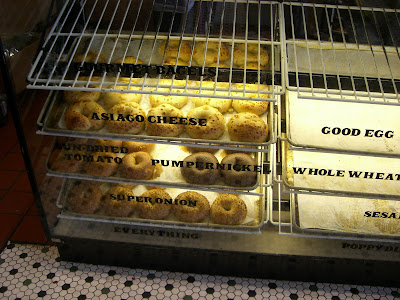 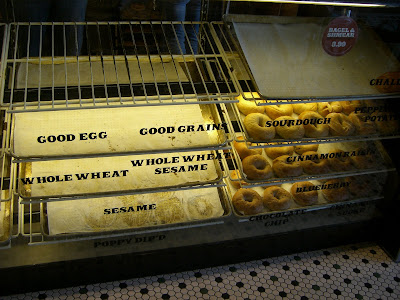 Noah’s is owned by Einstein’s bagels, which we have here in San Diego. I haven’t tried the Einstein’s here, but I assume they should taste about the same. I have eaten a lot of bagels at Noah’s because my brother worked there for a time.  Here are some of the bagels I had on my last trip back home: 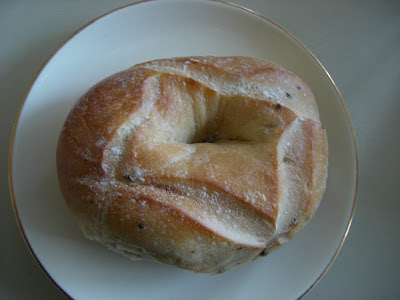 This is a cracked peppercorn bagel.  I actually don’t like the taste of peppercorn in my bagel.  But I enjoy this bagel because it is super soft.  It doesn’t taste like a NY bagel, but it’s tasty.  It uses a potato base, which is why the texture is so soft. I also like how it isn’t shaped the same as the other bagels, and has the little cuts in it, making it look a bit like an open flower. 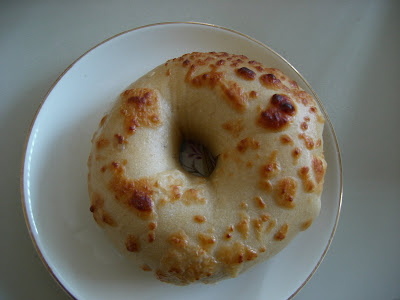 This is an Asiago Cheese Bagel.  My mom loves this bagel. I’m not as crazy about having cheese on my bagel.  Plus, this bagel goes stale pretty fast. 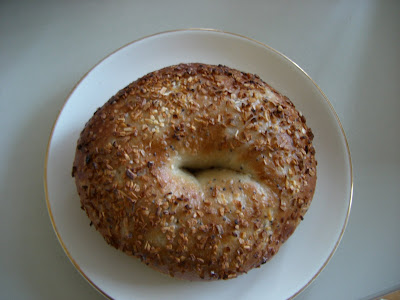 This is an everything bagel.  Very different from the everything bagel in NY.  The ones in NY are great.  They have a lot of intense flavors without being overwhelming.  Two summers ago, I went to NY for a wedding.  I popped into a random store and got an everything bagel.  One bite and I was almost crying, my tastebuds were so overwhelmed with the joy of eating a real NY bagel.  The Everything Bagel at Noah’s has too much stuff going on.  They seem to literally throw everything on it. Not my favorite. 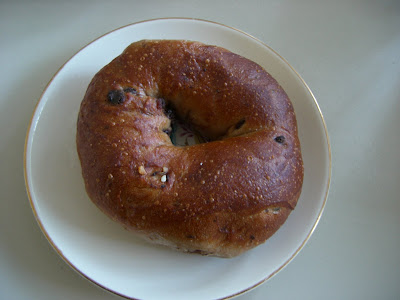 This is a chocolate chip bagel.  It was a bit burned.  It’s not my favorite bagel because I don’t like the inside base. I’m not sure what they do different, but it doesn’t taste much like a bagel and I don’t really like the taste.  I do enjoy the chocolate chips though, but that’s because I like chocolate. 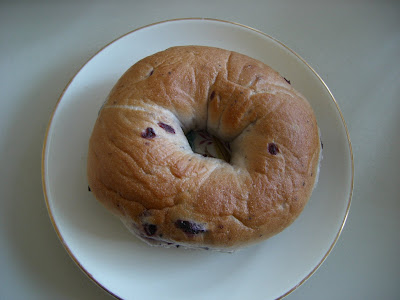 This is a blueberry bagel.  Interesting tidbit: there are no blueberries in the blueberry bagel! This is another bagel that tastes nothing like a NY bagel, but tastes very yummy.  The bagel has a softer texture than the other bagels, other than the peppercorn, but it doesn’t use the potato base. It is chewy and soft and has dried cranberries in it (not blueberries!) These bagels are especially great because they last a really long time without going stale. 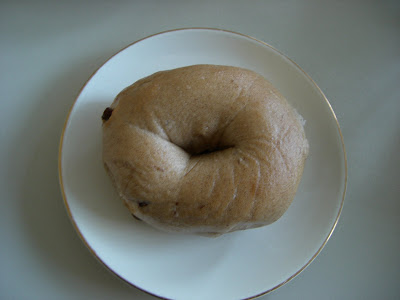 This is a cinnamon raisin bagel. Another bagel that gets stale pretty fast.  It has a base similar to the chocolate chip bagel, so again, not my favorite. 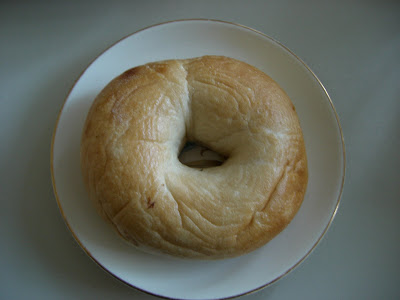 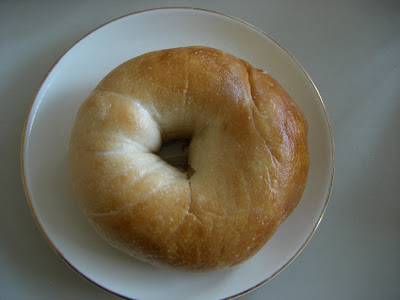 This is the plain bagel.  It reminds me most of a NY bagel.  It has a pretty good chewy skin and has a good dense texture and taste.  Not quite the same as a NY bagel, but similar.

Noah’s also offers a variety of sandwiches, bagel dogs and pizza bagels.  I find most of them to be overpriced and not that great though.  So I usually just stick to the bagels.