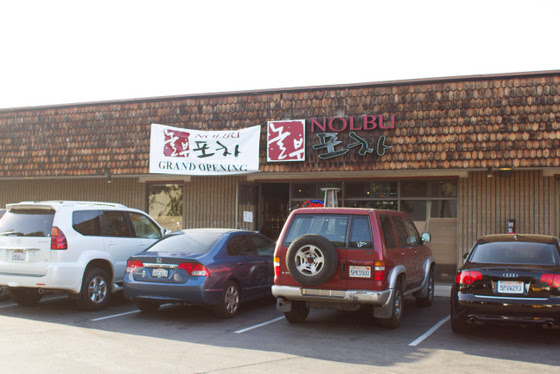 Nolbu recently opened, replacing Apple House. It’s located in the plaza with Chopstix and the new location for Tea Garden.

Apple had only been open a few months and was quite popular when it suddenly shut down for supposed renovations. I’m not quite sure what happened but the new Nolbu appears to be under different management.

The owner stated that they specialize in Bossam, but the quantity of the Bossam entree is quite large, so we decided against ordering it. 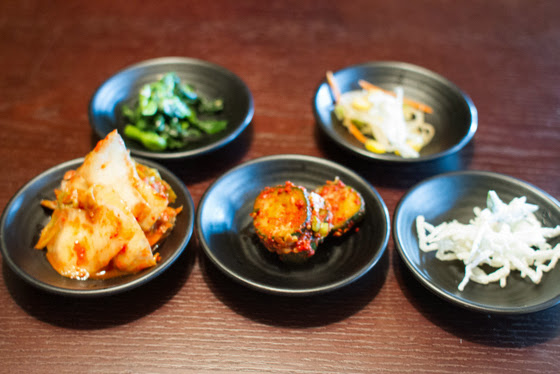 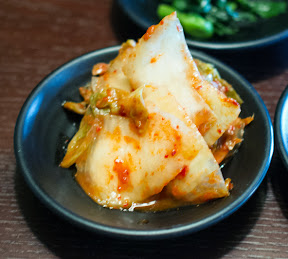 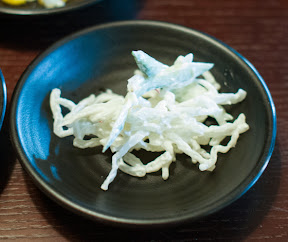 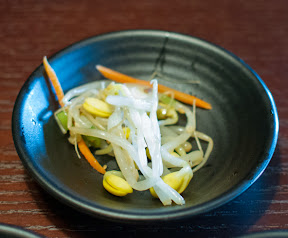 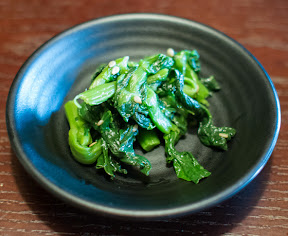 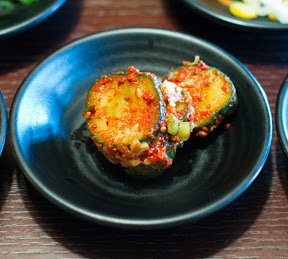 The selection was limited and this may have been the smallest serving of banchan we’ve ever had. Each one was about one bite’s worth. What we tasted was good, but I would have liked to see something beyond just vegetarian ones and would have liked them to provide bigger quantities. 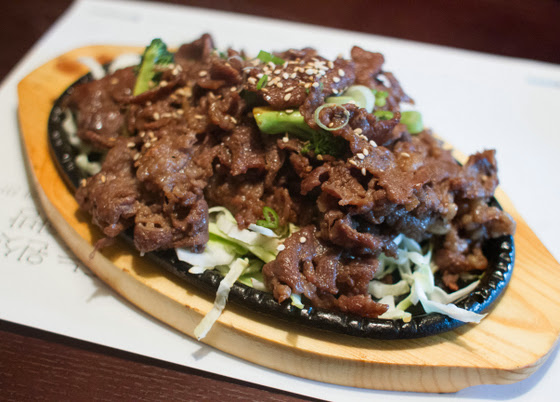 Mr. K didn’t seem very inspired by the menu options so he stuck to his favorite. I never find much to say about this dish as it seemed the same everywhere we try it. 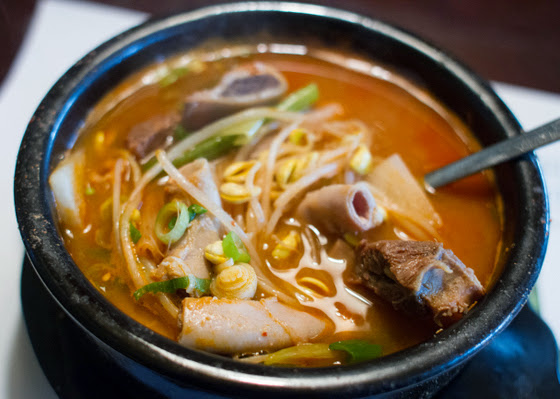 I decided to try one of their specialties. I had no idea what it was and just decided to try ordering it. It was a spicy soup base with pork ribs, sprouts, and small intestines.

While there, we noticed a group enjoying a watermelon soju which is actually served in a fresh half watermelon. It seems to be one of their signature items as it’s posted on their Facebook page several times.

Service was quite sparse and the food was nothing noteworthy. I wouldn’t come back for a proper meal, though I am curious about the watermelon soju. From the decor, this place seems like a regular restaurant, but I would classify it more of a late night drink and eats place.