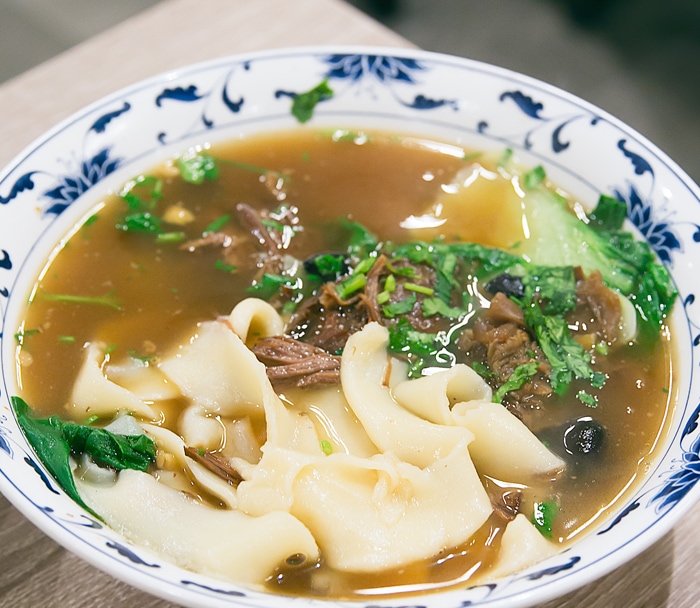 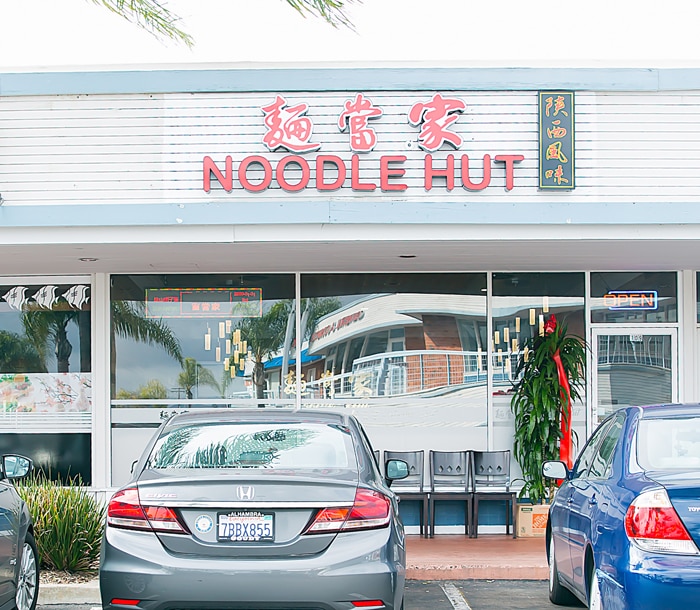 Hand-pulled noodles are one of my favorite things, so I was eager to check out the new spot. There are a lot of dishes listed on the menu and we tried to get a good sampling on our first and second visits. 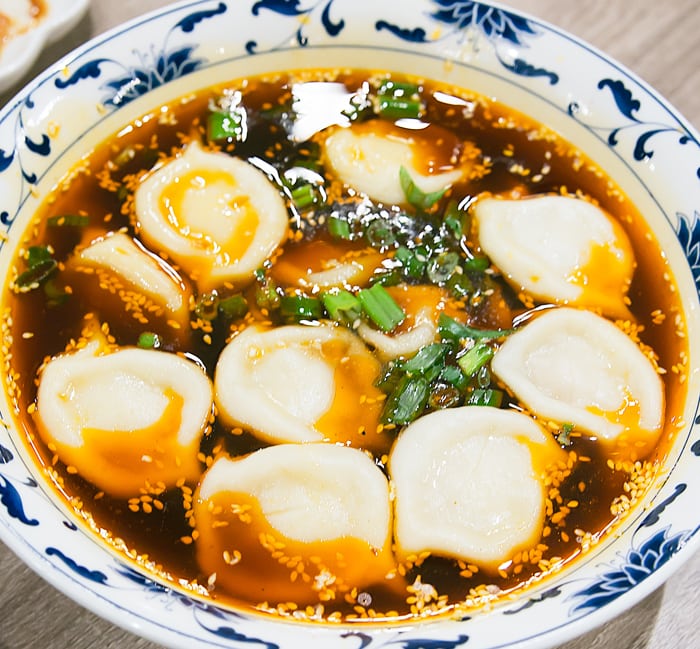 This is a specialty in Shaanxi, though it’s not something I’ve tried before. Dumplings are floating in a hot and sour broth, adding a flavorful coating to the dumpling skins. The broth wasn’t too spicy or too sour. I did enjoy the slightly numbing sensation left on my lips after eating these. 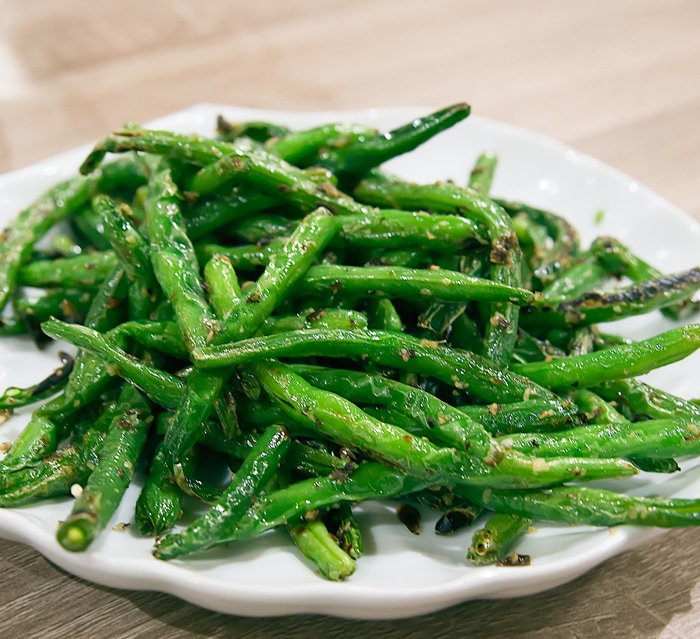 A Szechuan (Sichuan) dish. These blistered green beans is always something I like to order. I though they did a decent job here thought the beans themselves were a little too mature.

Here is one of their dishes featuring their handmade noodles. The noodle strands were long and wide and the curved and uneven edges helped to pick up the broth. The beef broth was decent, but not quite as concentrated as I would like. The brisket was more like lean chunks of beef which I actually prefer, but it’s not really brisket.

I really enjoyed the chewy, bouncy noodles. When I visit back home, one of my favorite places to eat at is QQ Noodle, a restaurant known for their hand-pulled noodles. These noodles tasted just as good so I’m happy to get my hand-pulled noodles fix here in San Diego. 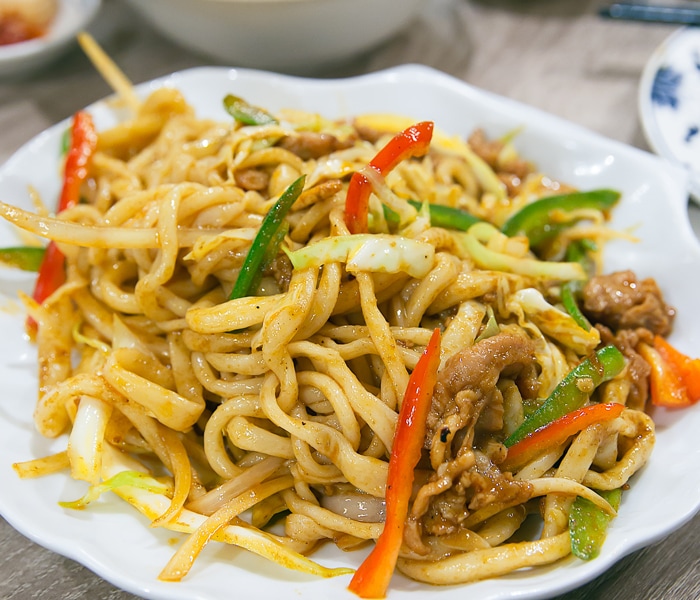 This dish is made with thinner hand pulled noodles. Unfortunately, we found the cumin flavor a little too strong and the dish was a little under-seasoned. Also it wasn’t hot when it was served to us which I think also affected the taste. 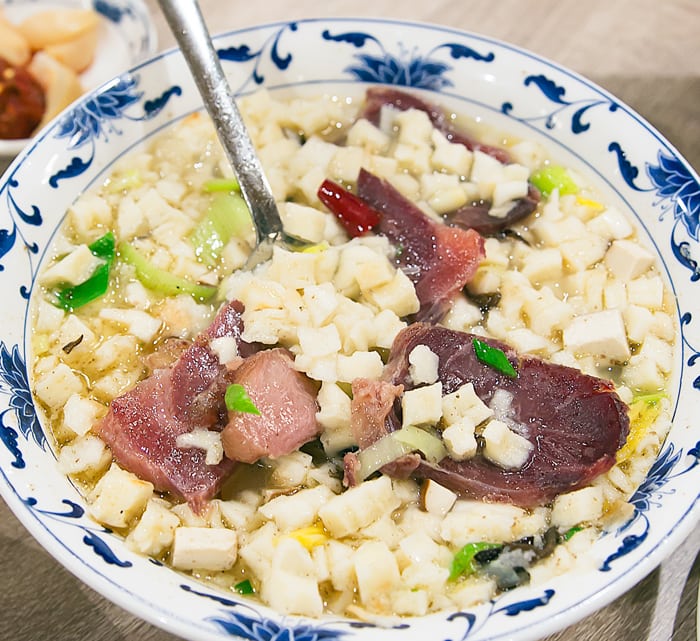 Another Shaanxi specialty. Chopped up leavened bread is served with a lamb broth based stew. It’s quite strong and gamey and not for everyone. Actually the server tried to dissuade us from ordering it because she said foreigners don’t usually like this dish. I’ve only had it once, at Shan Xi Magic Kitchen, and actually found it to be a bit too gamey for me. My friend hadn’t had it before though, so we decided to try a beef-topped one.

This version was much more mild compared to the one I had previously. I was able to eat it without issue, but I am guessing it probably isn’t quite right since it wasn’t quite as hearty or gamey as the previous version I had. 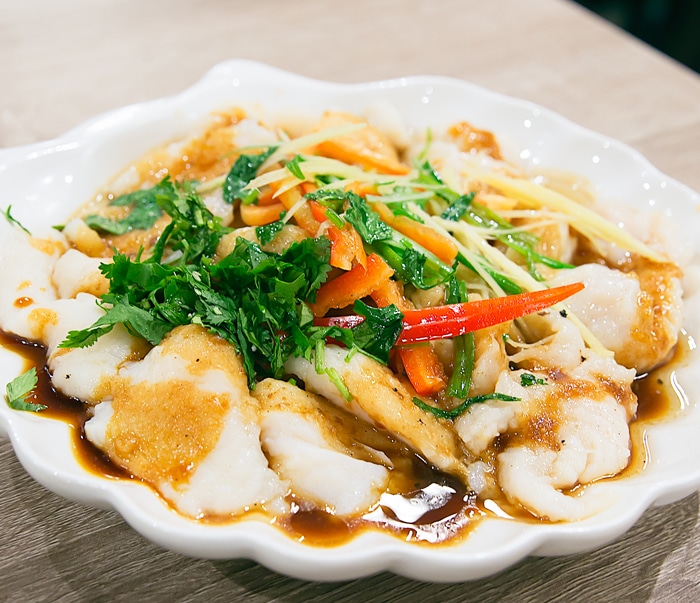 I like to order this dish when I know we are going to be ordering a lot of spicy foods. The fish was very tender though I do wish it had been bathing in more sauce.

We left the first night feeling that everything was decent, but that the main star was the hand pulled noodles in soup. Everything was good-but we’ve had better versions of all the dishes. But because I enjoyed handmade noodles so much, we went back the next day for a quick lunch. 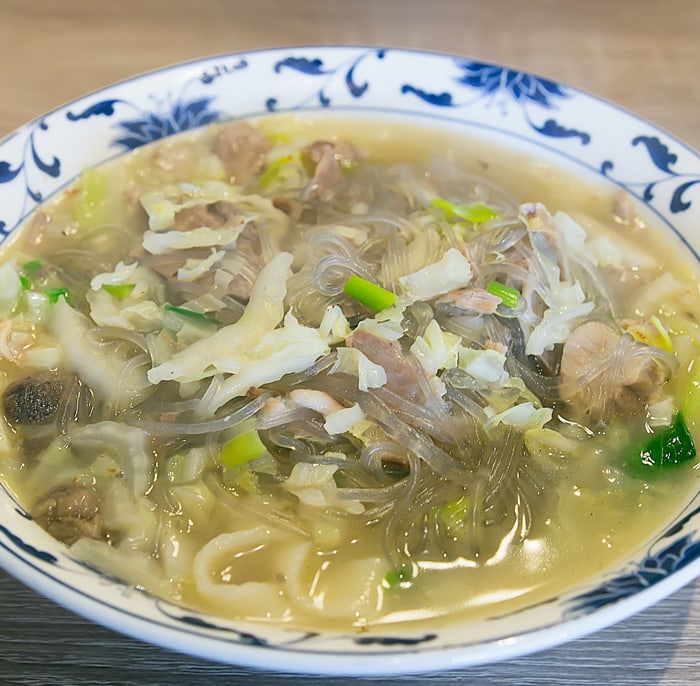 I enjoyed this one, with thin slices of lean lamb, glass noodles, napa cabbage, a hearty broth with a little bit of spice. And of course it featured their wide fresh noodles. They were bouncy, chewy and the curved edges helped to capture some of the broth. 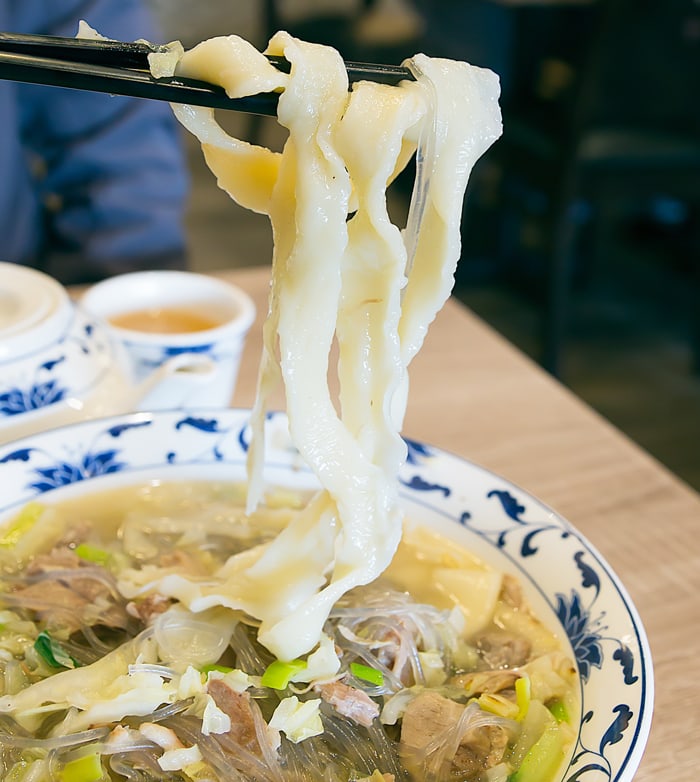 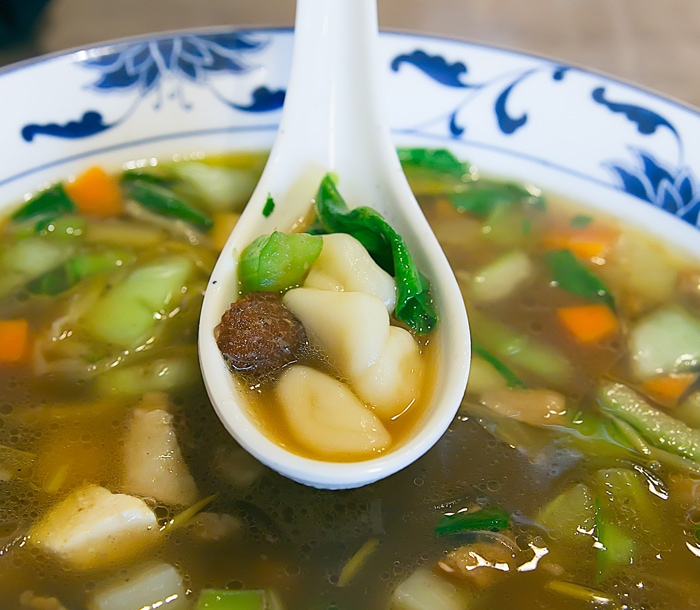 This is a dish that featured “Cat’s Ear” Noodles. Basically the name comes from the shape which I guess resembles the ears of cats. I’ve only had a stir-fry version of this dish before and I really enjoyed it because the small pasta shape is thick and chewy. I didn’t really enjoy this soup version. The broth was a little salty and one note. And there didn’t seem to be enough of the pasta. 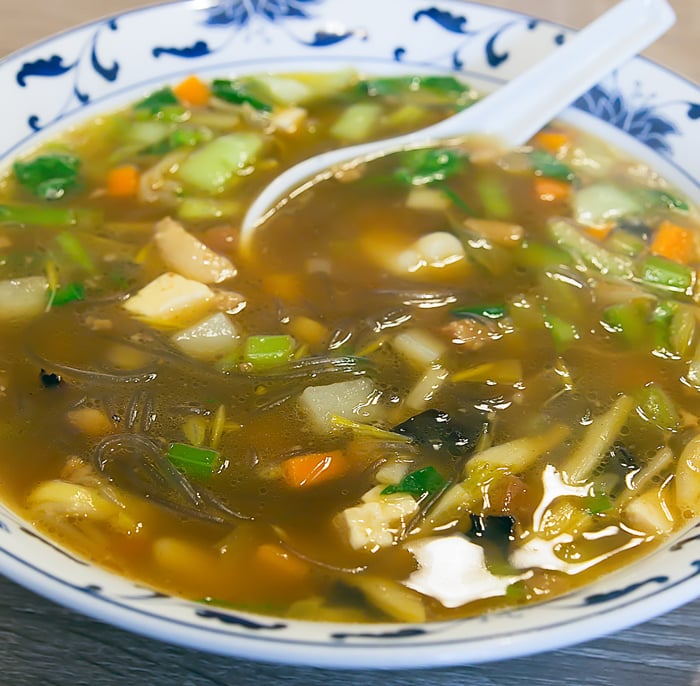 Overall, we had two decent meals here. Like the restaurant name suggest, where they really shine is with the hand-pulled noodles. We prefer the wide noodles in the noodle soups. All the other dishes are decent versions and we’d order them again but there are better versions we’ve had. 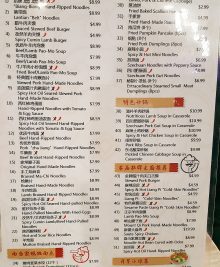 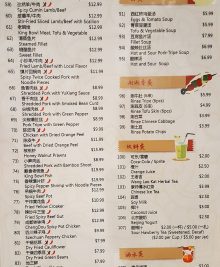