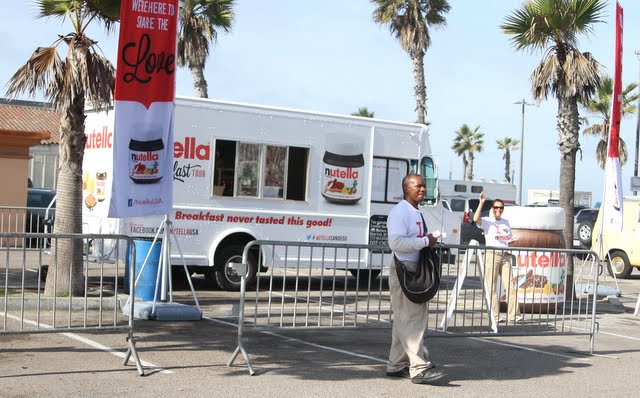 For the past few months, I’ve read tweets on Twitter and messages on Facebook regarding a Nutella Breakfast Truck touring the country.

This past weekend, they finally made their way to San Diego. I felt compelled to go, since I’m such a Nutella fan.

I wasn’t quite sure what to expect. I knew they would be handing out samples. Would there be food? A long line?

When I found them in the Belmont Park parking lot, there was no line or crowd at all. There was just the truck and two people with sample packets of Nutella and some stickers. I love the giant inflated Nutella nearby the truck. 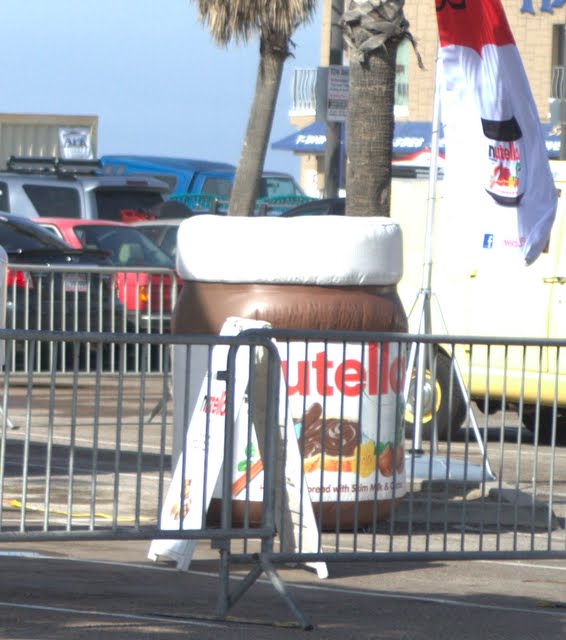 The representatives were friendly, handed us some packets of Nutella, and that was about it.

It was a quick visit, so if you didn’t get to go, you didn’t miss much. I wish they had done a little more. Since it’s a breakfast tour, I thought there might be some breakfast food samples using Nutella. I also thought that it was interesting that they named it a breakfast tour, especially after losing the lawsuit over their healthy breakfast claims. Nutella can be enjoyed in so many more ways than breakfast and it would have been nice if the truck showcased some of that.

Oh well. I do hope their tour is successful in getting the word out about Nutella because it is a delicious treat. 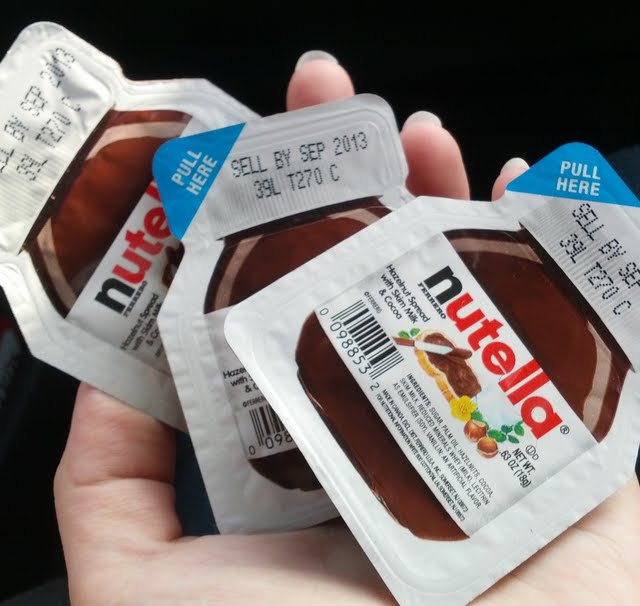