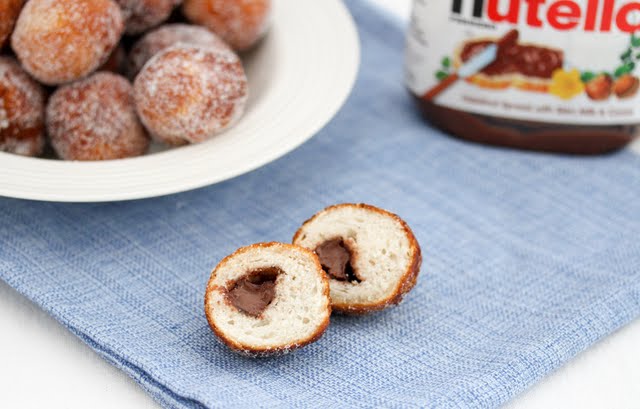 I had come up with what I thought was a brilliant idea for Nutella flavored donut holes. But when I tried making them, they turned brittle during the frying process, from the chocolate directly hitting the hot heat. I tried changing up the recipe. A little better, but the outside still developed a weird layer that wasn’t pretty or tasty and the middle was taking forever to cook. 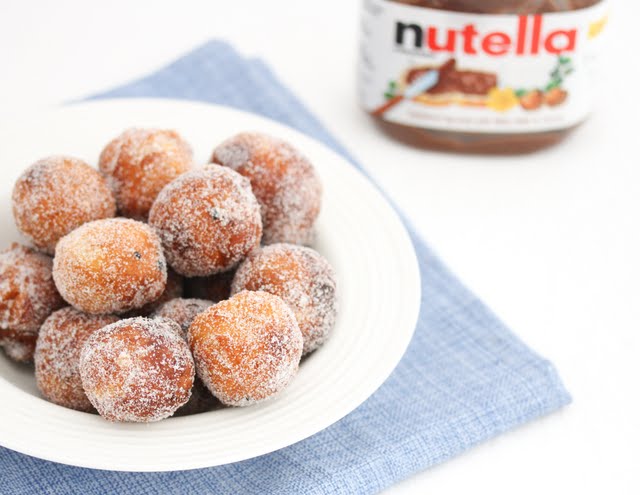 Then I tried filling the dough balls with Nutella filling, and the Nutella came oozing out and made a mess.

Finally I had some success using Pillsbury dough. I previously have made easy donut holes using Pillsbury biscuit dough. This donut dough was firm enough to keep the Nutella filling inside during the frying. The lighter, fluffier donut recipe I was using before wasn’t sturdy enough to hold the Nutella. 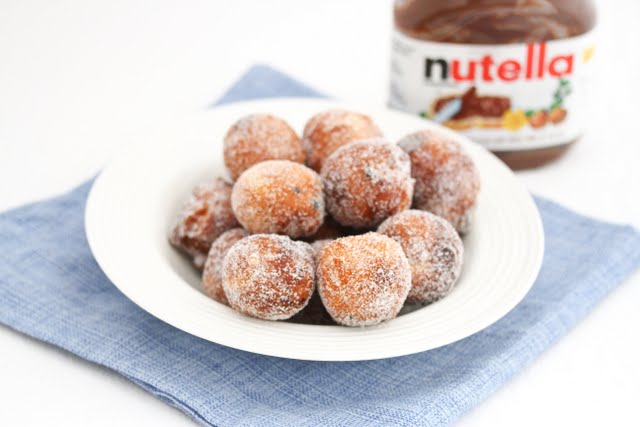 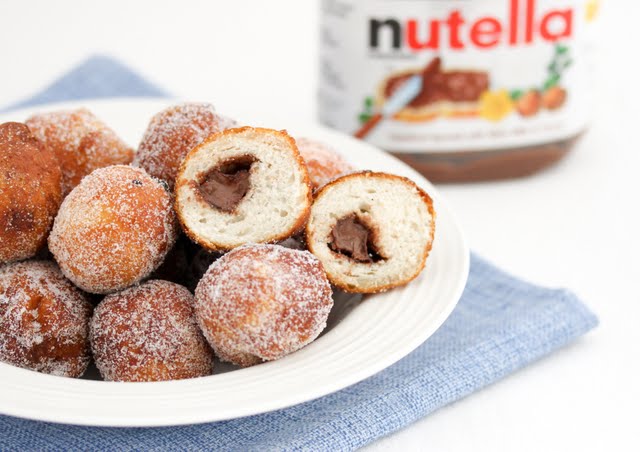 These were pretty good. Nutella in anything is good right? I’ll have to keep working on a made-from-scratch recipe. And maybe I’ll eventually figure out how to make a Nutella flavored fried doughnut. 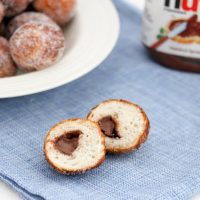 Did you make this recipe?I'd love to see it! Mention @KirbieCravings and tag #kirbiecravings!
Posted in: Donuts, Nutella, Pillsbury Dough, Recipes
1 Comment // Leave a Comment »