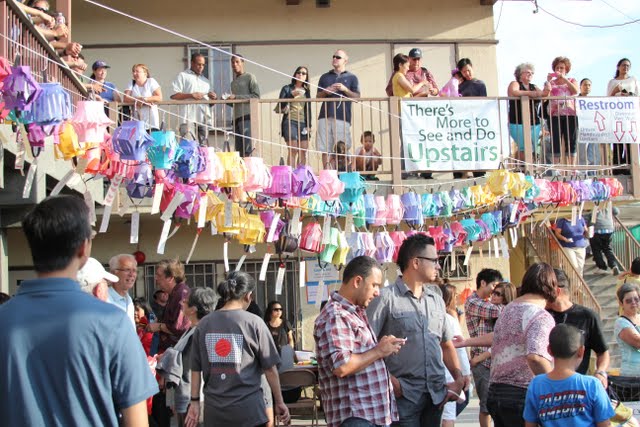 I was alerted to various festivals happening in Southern California from The Food Librarian when she linked to a schedule of Obon festivals (see the end of her post). Once I saw San Diego was on there, I immediately marked my calendar. I’d never attended one, but I was curious to see what it was like and to eat some delicious Japanese treats.

The festival began at 5pm. Once we arrived, we saw a crowd of people observing a drum performance in the courtyard. Both the downstairs and upstairs were crowded with people. 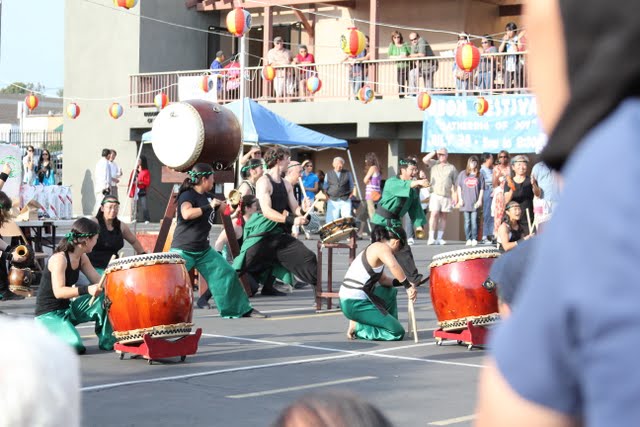 All around, there was different food being served. The money raised was being donated towards Japan’s earthquake relief.

Some of the most popular items appeared to be the bento boxes. By the time we got there, most of them were sold out. We then headed over to the grilling, where we saw okonomiyaki (a savory Japanese pancake), meat skewers and taiyaki (fish shaped sweet pancakes with filling). 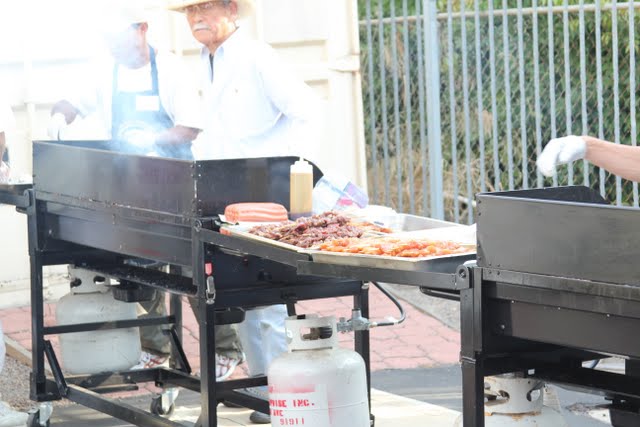 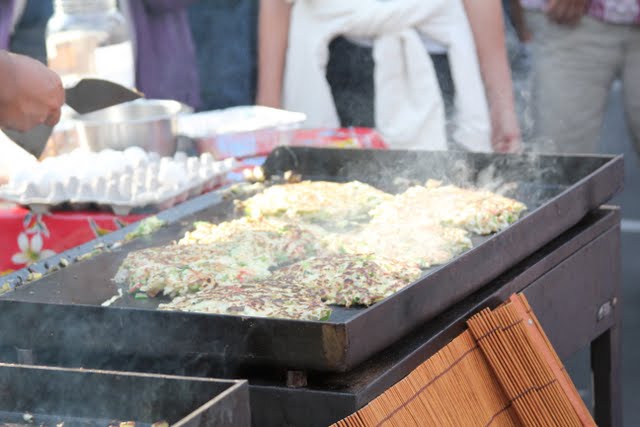 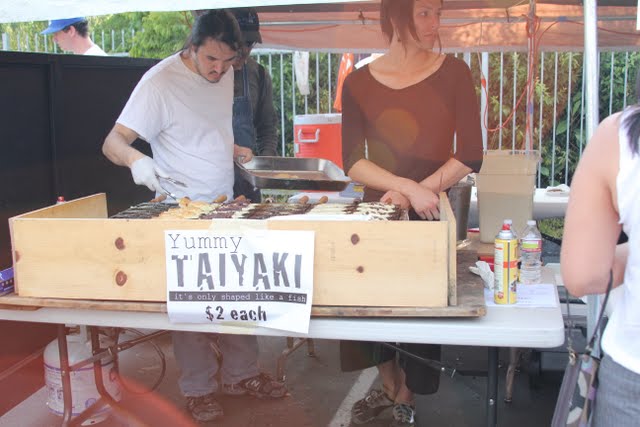 We started off with some taiyaki. I can never resist them when they are hot off the pan. These were filled with red bean paste. 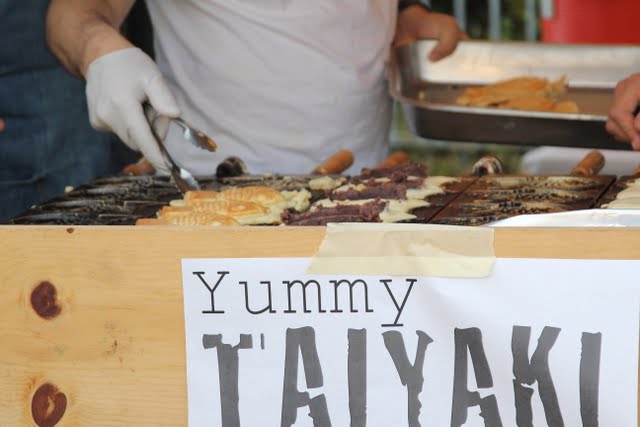 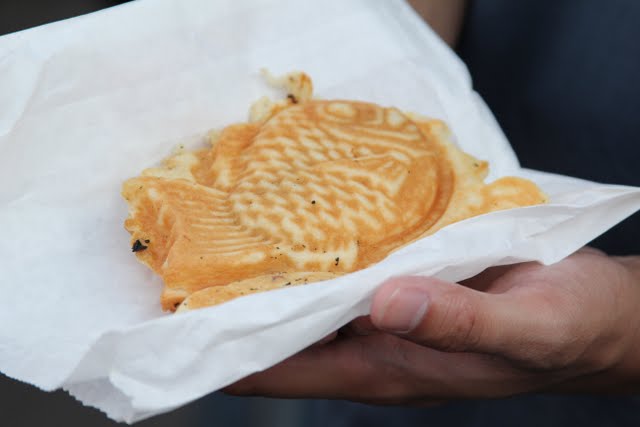 We also got a marinated beef skewer. 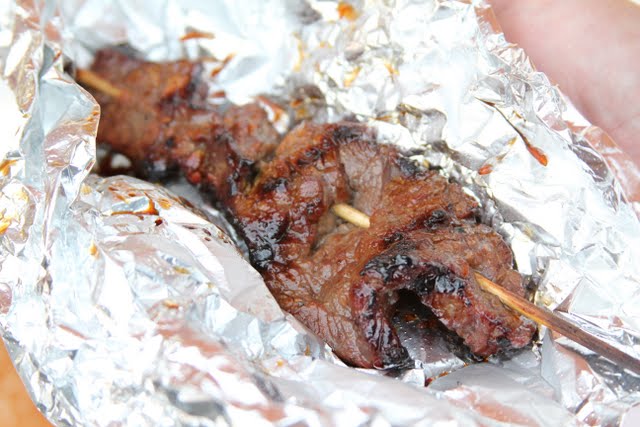 FH wanted to try the burger because it was advertised as a teriyaki burger with wasabi mayonnaise. He was a little disappointed when he was given a plain burger. To the side, there were containers of mayonnaise and teriyaki sauce to put on the burger. 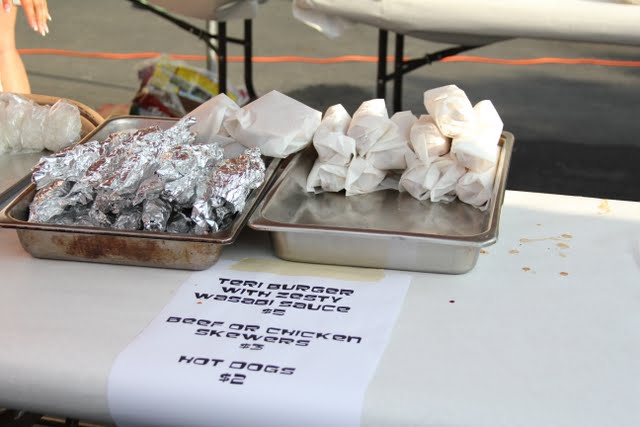 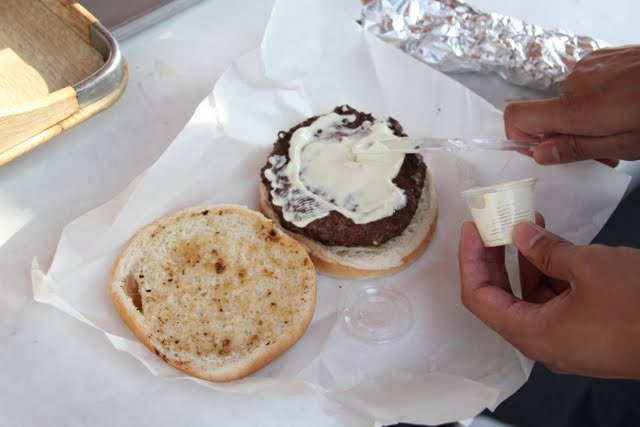 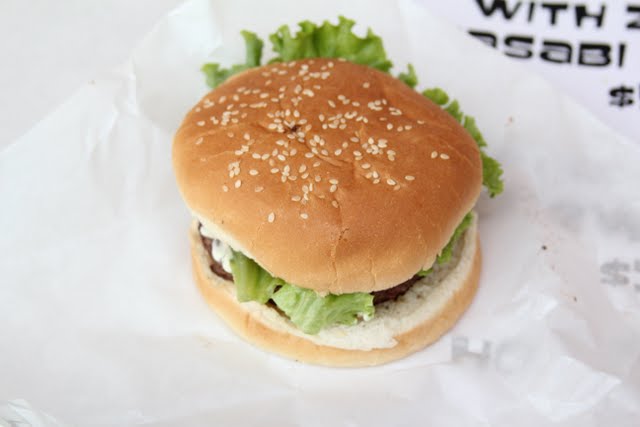 There was also a whole dessert table, filled with homemade desserts. 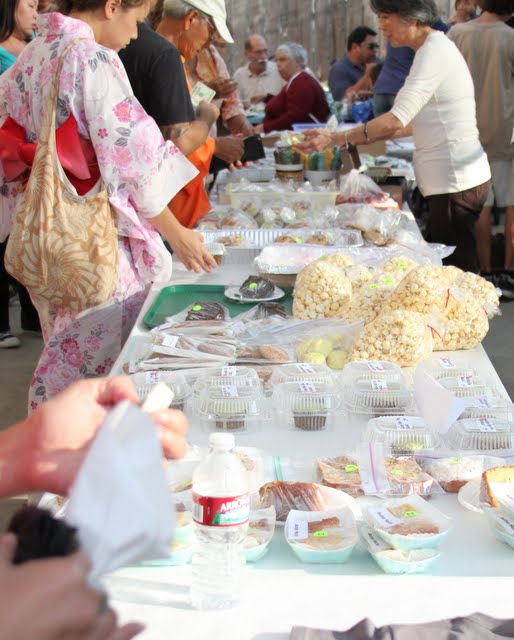 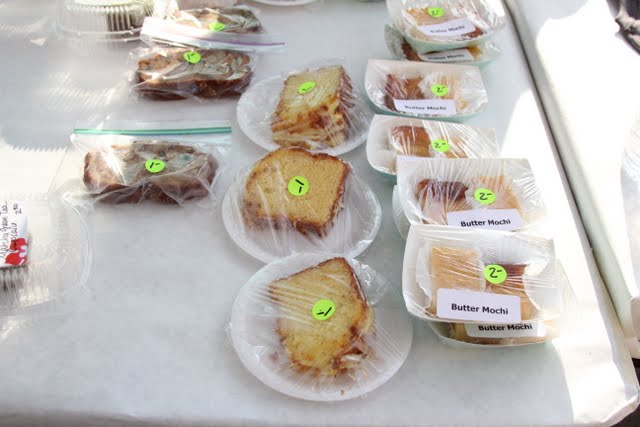 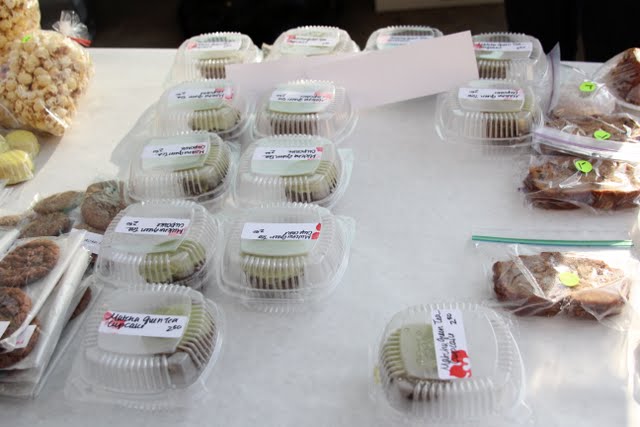 I wanted to enjoy some of the other performances, but unfortunately we have another engagement to attend so we had to leave early. Next year, we’ll definitely have to stick around longer.