We used to visit Oceanaire several times a year, but with so many new restaurants opening, it’s been awhile since we’ve been back. We were recently invited in for a meal and it was great to revisit and see some of the new menu changes.

We were given a trio of their most popular appetizers to start: crab cake, shrimp and grits, and scallop ceviche 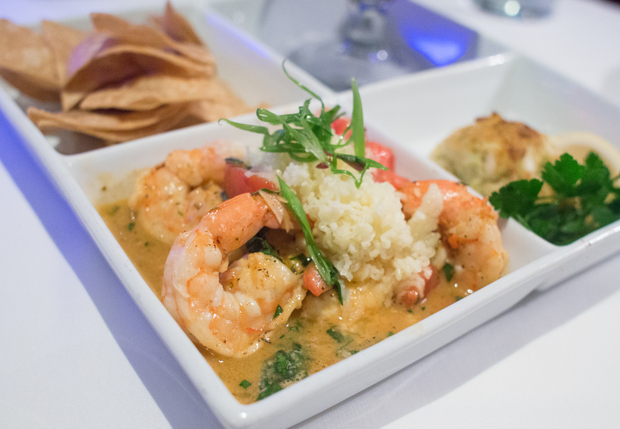 The shrimp and grits is a new item. The grits were bold and cheesy, and paired with jumbo shrimp. 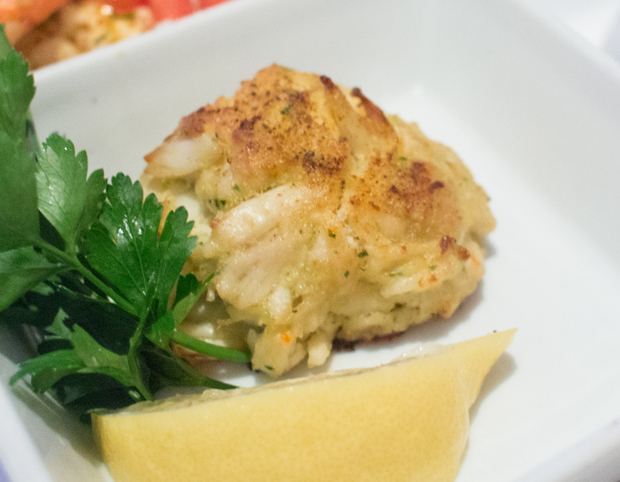 The crab cake here, hands down, has always been my favorite. Succulent large chunks of crab meat are held together by the barest amount of creamy buttermilk batter. I’ve been so spoiled by how much crab is in the crab cakes here that everyone else’s version tastes bready  and dry in comparison. 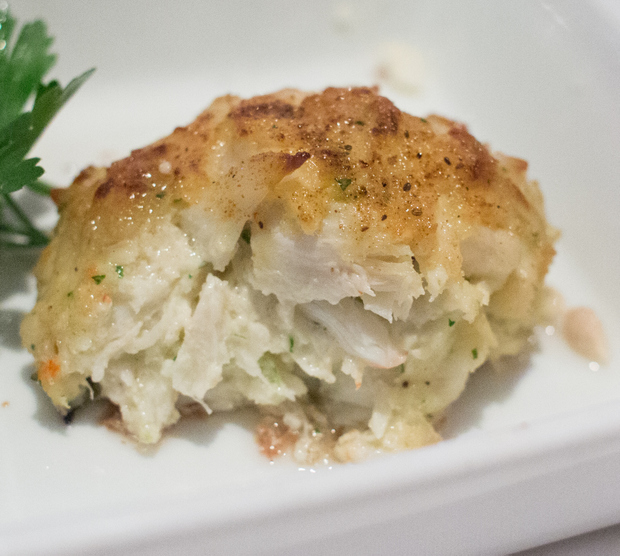 The scallop ceviche is based on the seasonal scallops currently available and you could really taste the freshness. 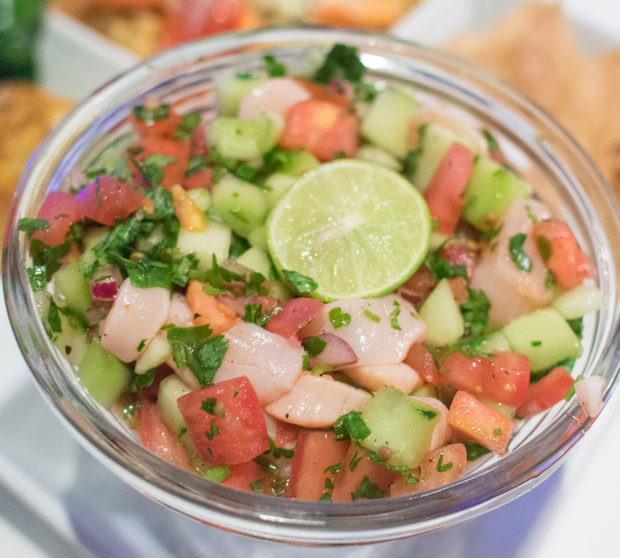 Oceanaire is pretty well known for their variety of oysters. We never were able to take advantage of that before because we didn’t used to eat oysters, but since we started to this year, we were excited to order some. 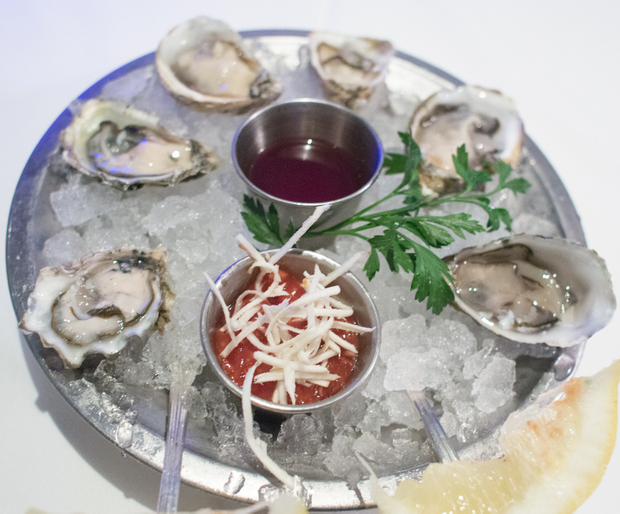 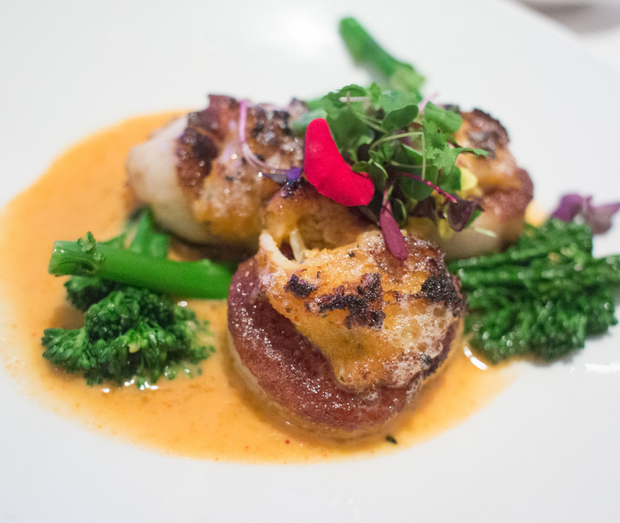 One of the new things we noticed since our last visit, is that you can now choose from some of their most popular preparations under “enhancements” and customize it for almost any of their fresh daily fish selection. Previously, you could choose from one of the pre-concepted specialties, or if you wanted to select from one of their other fresh fish selections, you were limited to broiled, grilled or seared. The addition of the enhancements gives you much more customization. For example, if you love the Kid Dynamite preparation, but you don’t like the choice of the fish they use in the entrees list, you could instead get that preparation with another fish instead.

I decided to take advantage of this new concept and chose to get some scallops with the kid dynamite preparation which is my favorite prep. The seafood is crusted with blue crab meat and accompanied with a screaming rooster sauce. It’s finished with some crisp sauteed broccolini. This dish is spicy, zesty and very flavorful. 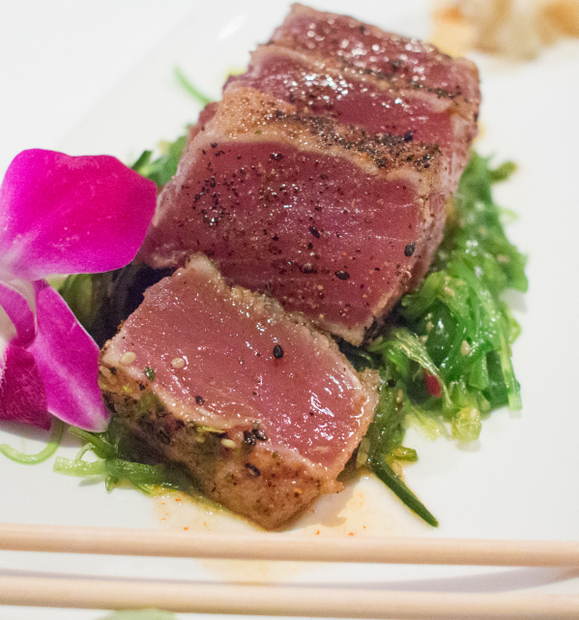 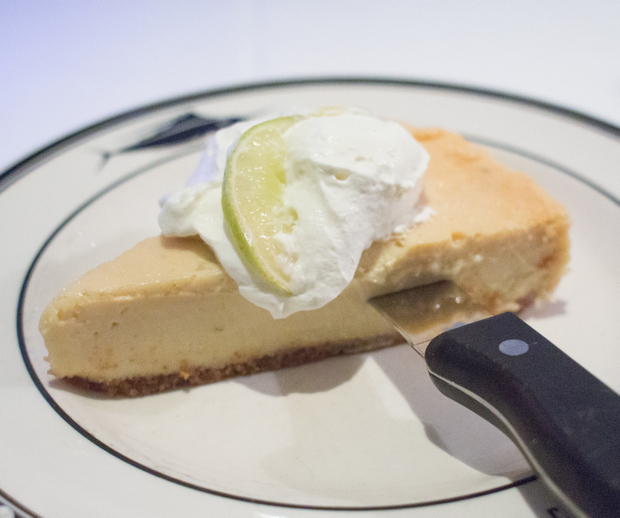 Our favorite dessert here is their Baked Alaska, an ice cream cake covered in meringue and set on fire. We simply didn’t have enough room to finish that and it’s not something you can pack up, so instead we chose the key lime pie. The desserts are all made in-house and they are quite big. This was enough to feed at least two.

Overall, we had another good meal here. We still love the large selection of seafood and options available. The atmosphere here is very much like a good steakhouse but with seafood (though they do offer steak options too). We’ve always found the food and service to be consistent and solid.

Disclaimer: As noted above, we were invited to dine here and our meal was complimentary. All opinions remain my own.