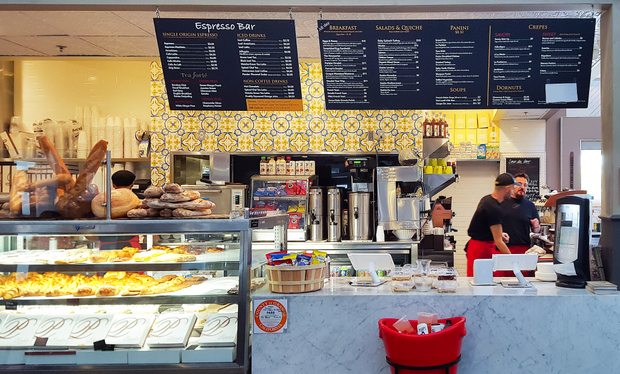 Pandor Artisan Boulangerie & Cafe is a bakery and cafe offering French breads, pastries and more. They have several locations in Orange County, and on a recent road trip to Los Angeles, I had to make a stop here along the way, so I could try this epic creation. 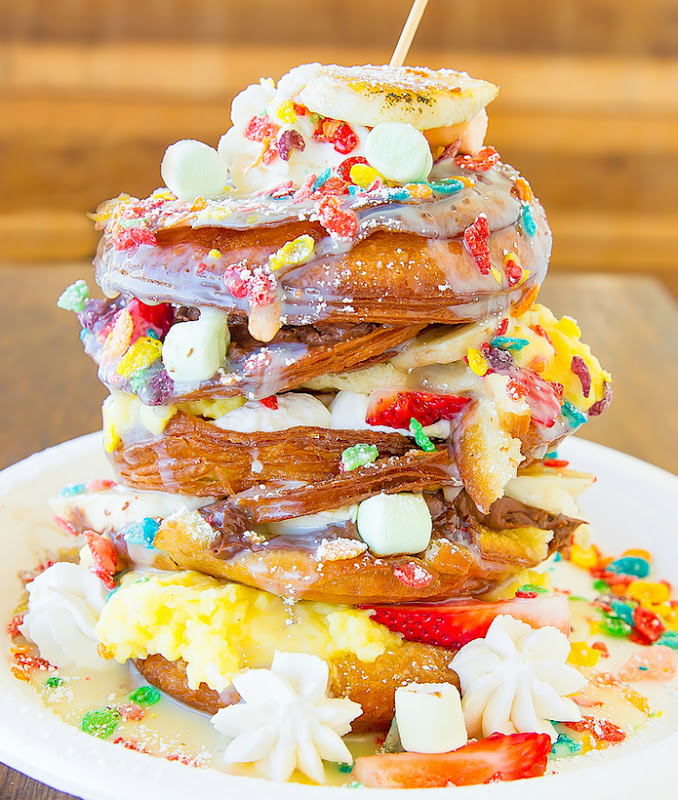 I had seen this breakfast/dessert item shared on Instagram and really wanted to try it. We visited their location inside Anaheim Packing District.

They have a beautiful display of desserts, pastries and breads. Since this was our first stop of the morning, I decided to get a few breakfast items. 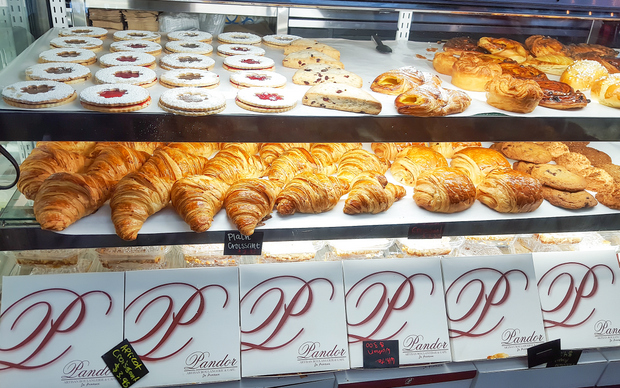 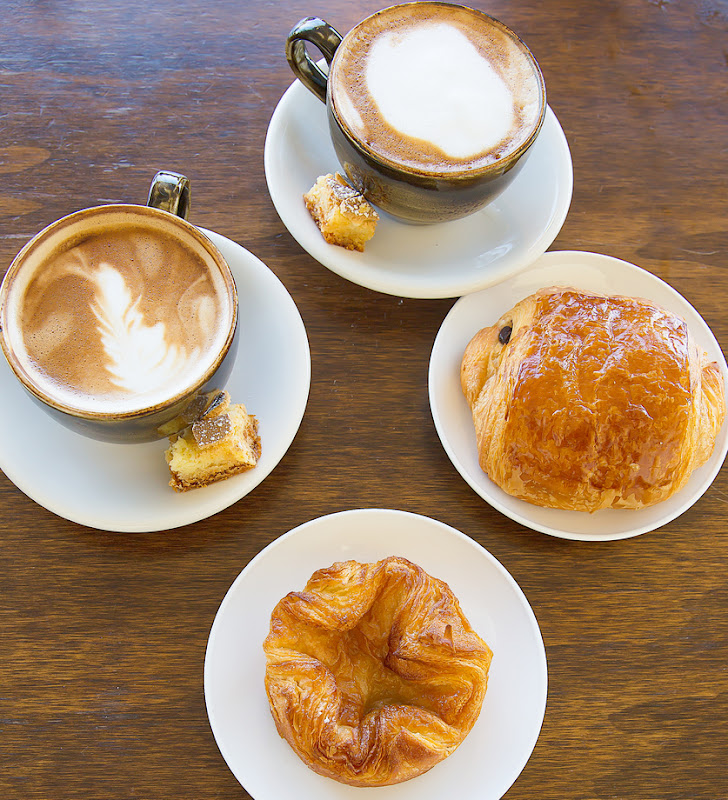 The latte and cappuccino came with a little piece of their OMG bars. It was quite delicious and now I wish I had bought a full bar to-go. Oh well, next time! 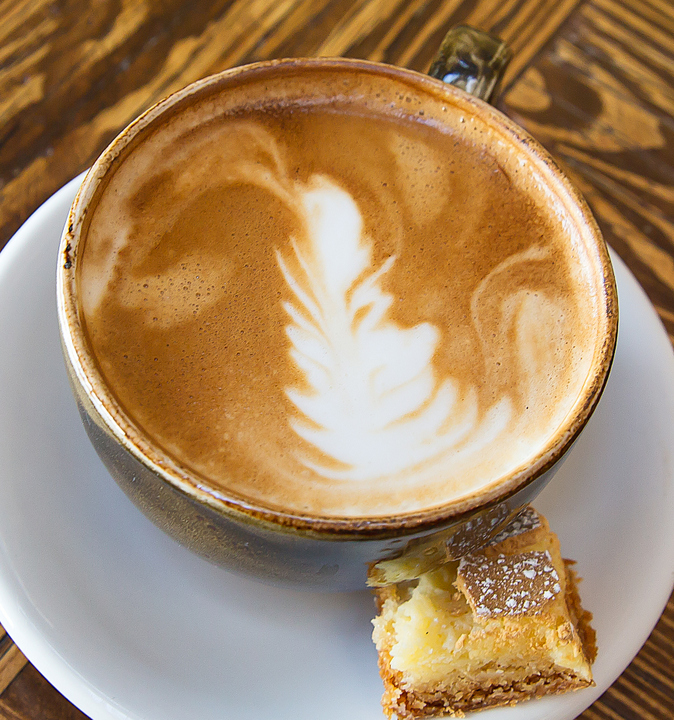 Both our pastries were warmed up for us. I was excited to see the kouign amann, but it wasn’t nearly as flaky and crispy as my favorite versions at b. patisserie and Dominique Ansel Bakery. 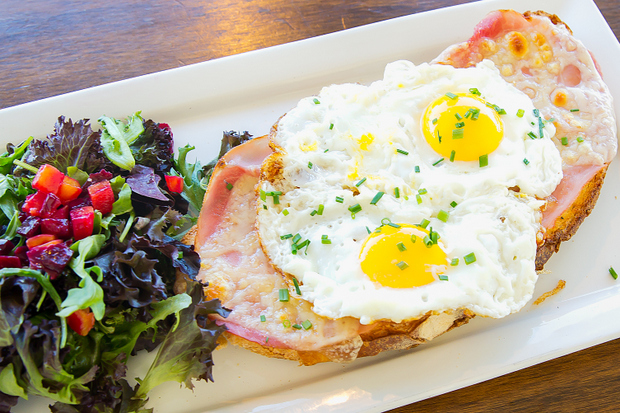 My friend ordered this to balance out the upcoming dessert that was to come.

Finally, the pièce de résistance. This is not listed on their menu, but I approached them with the photo I saw and they immediately knew what I was talking about and told me they could make it. It’s a stack of dornuts (their version of croissant doughnuts which are listed on the menu), alternately filled with custard and Nutella, and then adorned with whipped cream, fruity pebbles, mini marshmallows, strawberries, bruleed banana slices and drizzled with condensed milk.

After everyone took turns taking photos, we were finally able to eat. It was hard to figure out how to tackle it, and we ended up just eating it layer by layer. I was worried that the pastries would have gotten soggy after all the time we took taking pictures, but surprisingly the dornuts held up really well. We were actually quite impressed. Each layer was still wonderfully flaky and crunchy, and both the custard and Nutella fillings were delicious as well.

I’d probably only get this again if I was with a large group of people because it was a lot of sugar. However, I definitely would get a single dornut again and I was really happy to have been able to try this fun creation at least once.

Overall, we had a good time here. I need to come back to try some of their cakes and get myself that OMG bar. The staff was super friendly and I’m happy I got to try this out. Also, it’s the only place inside Anaheim Packing District that is open before 11 AM!