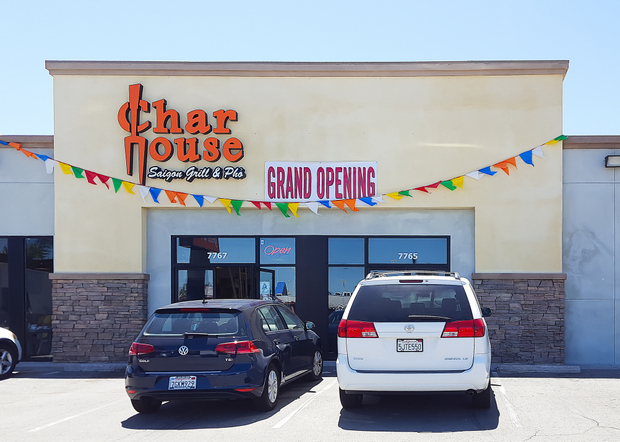 I noticed the coming soon sign last year and was surprised it took so long to open. When I finally saw the “Grand Opening” signage two weeks ago, I was more excited than usual, mainly because it was finally open. Other than knowing that the restaurant served Vietnamese food, I knew little else about it. Mr. K jokingly asked if I was even sure it was a restaurant or could it just be a place that sells grills. However, a post from Kirk confirmed it is indeed a restaurant. So this past weekend, I went to go check it out with CC. 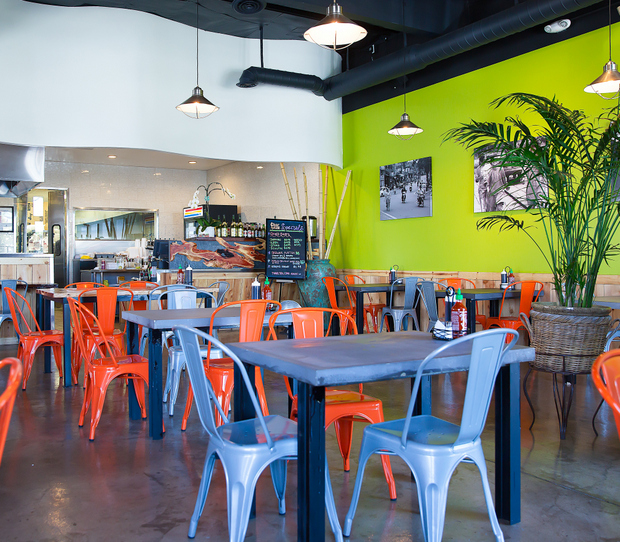 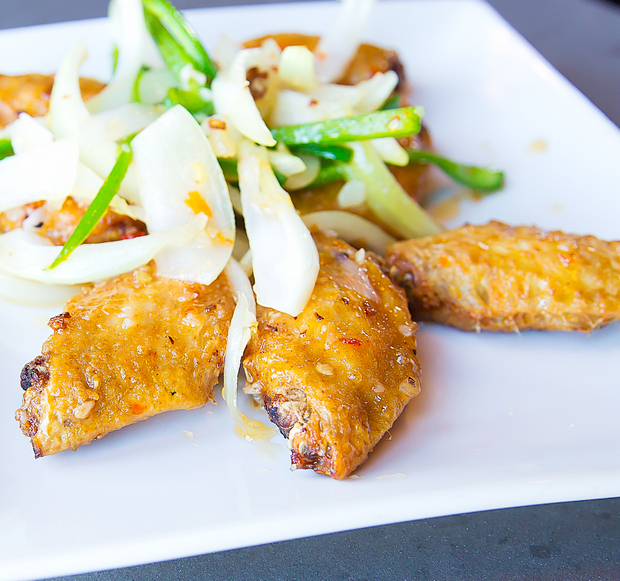 I can never resist trying out chicken wings. We were a little worried after reading Kirk’s post on his wings, but luckily ours came out beautifully. The wings were quite small, but I prefer smaller wings as they are usually have a thinner, crunchier skin. It’s also easier for the sauce flavor to pierce completely through the meat when you have a thinner layer of meat on the wings.

Our wings were very crispy and enjoyable. I do wish the fish sauce flavor was a little stronger, but we really liked these and would get them again. 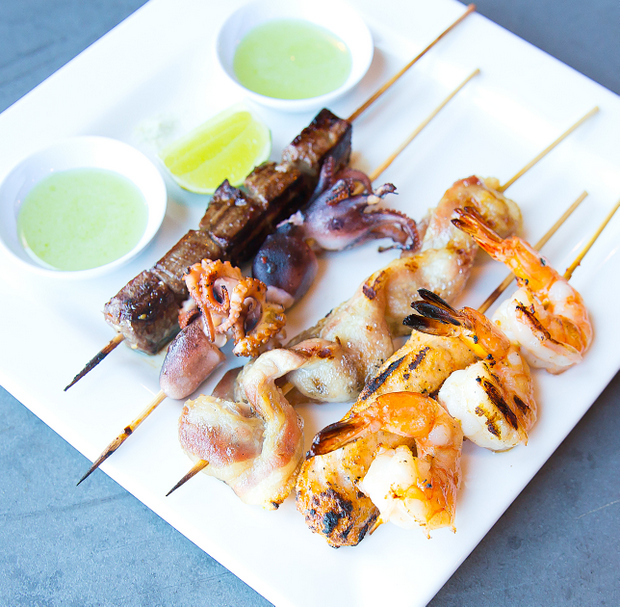 Char House also offers a variety of skewers. The best deal seemed to be their skewer plate special, where you choose any five for $8. We chose shrimp, sugar cane shrimp, pork belly, octopus, and filet mignon. 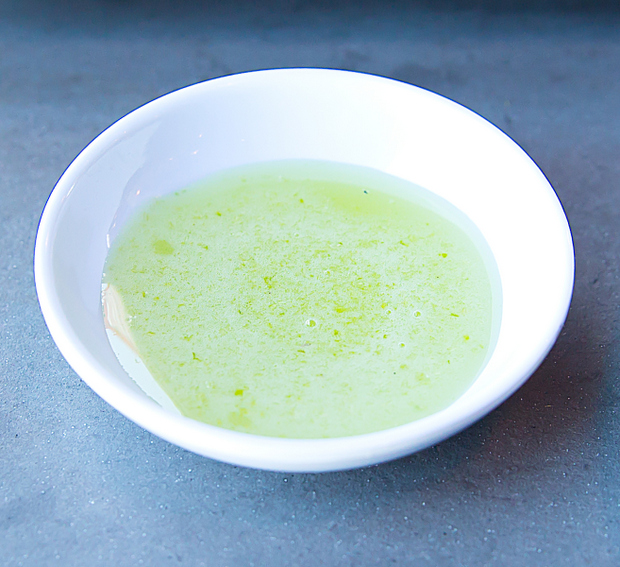 I really enjoyed the shrimp, which was cooked just perfectly, really letting the natural sweetness of the shrimp shine through. The filet mignon was nice and tender. The pork belly was another favorite–coming out crisp and smoky. My least favorite was the sugar cane shrimp which was quite salty despite being paired with a sugar cane stick. 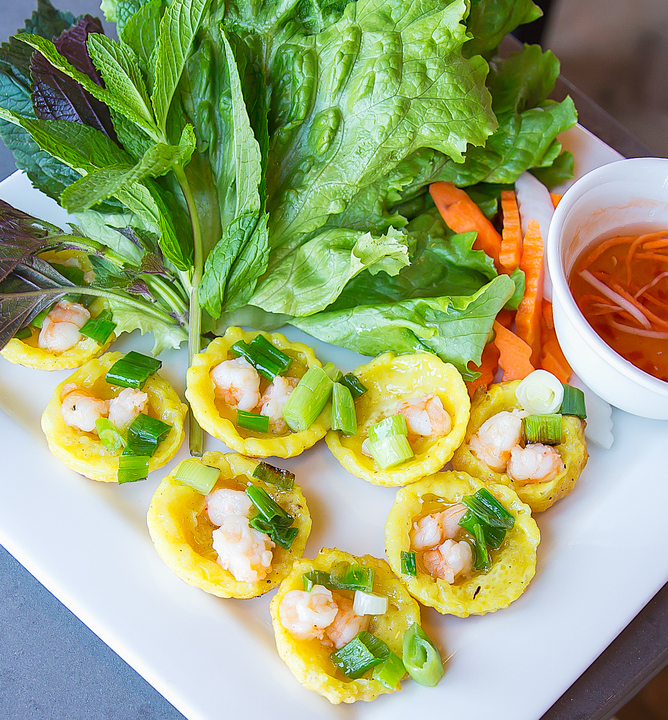 We were really curious about this dish, which we’ve both had at Brodard in Orange County. They are Vietnamese-style mini savory pancakes topped with shrimp and herbs. Unfortunately, this was a big disappointment. 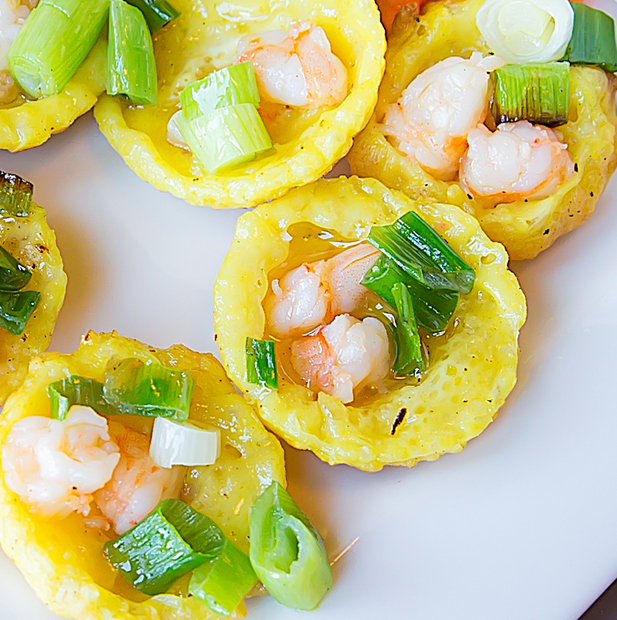 Right away, the color looked too pale, like they hadn’t been cooked long enough. I only ate one, but found the center to be doughy and slightly undercooked. Also there was a puddle of oil in the middle that wasn’t very appetizing either. 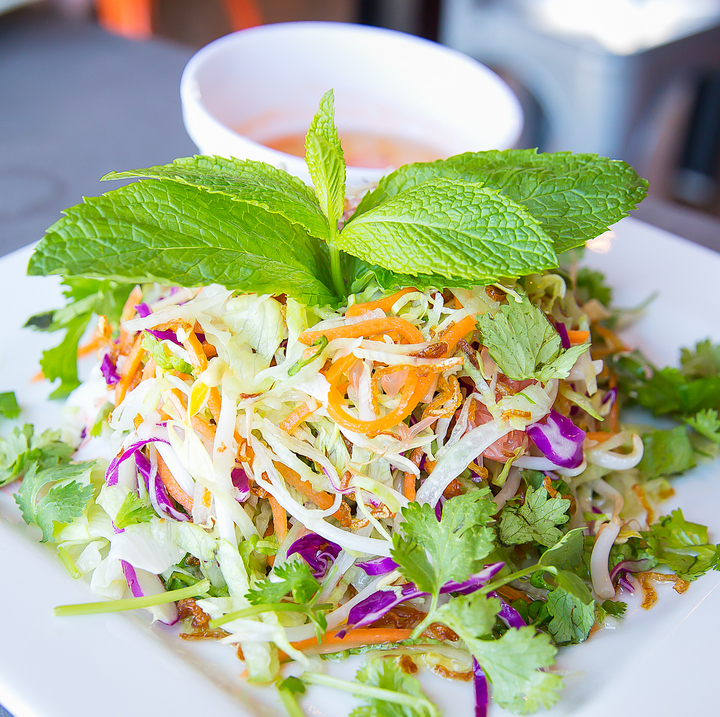 We finished things off with this grapefruit, shrimp and pork salad. It was light and refreshing and I enjoyed the gentle bitterness of the grapefruit. The fried shallots were delightful bursts of added flavor.

Overall, we had a pretty good first visit here. I like the diverse menu offerings and want to come back and explore some more. And of course, it was so fun to catch-up with CC. I love exploring new places with her and she got me some really fun food gifts which I need to share soon in another post!