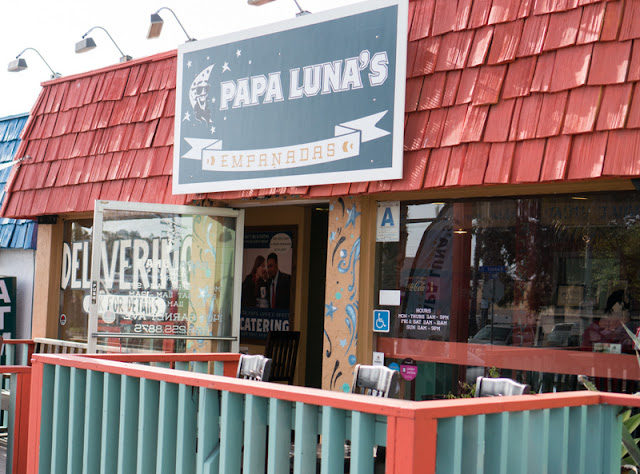 Papa Luna’s, which open late last year, specializes in empanadas, offering more than 20 different filling varieties. The shop has been on my to-do list for quite some time.

We had purchased one of those online offers which was good on a carry-out order, so I sent DH off to go bring us home some empanadas after placing our order online. 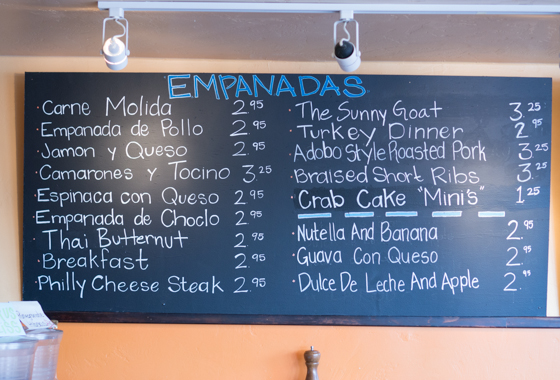 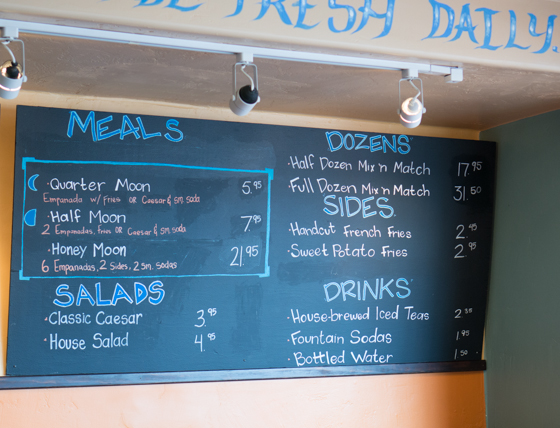 There are quite a range of fillings to choose from, with flavor inspirations from all over the globe, but we finally settled on four. 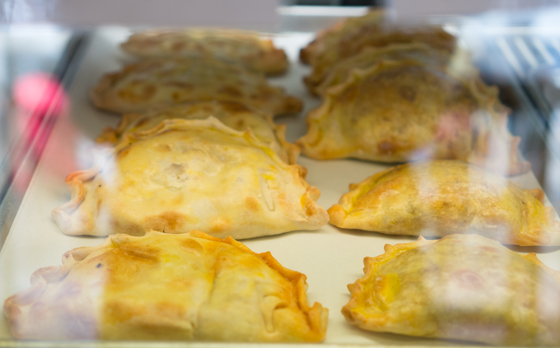 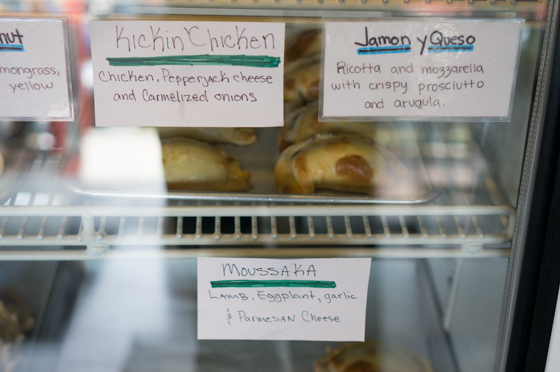 Each empanada is placed in a bag which is clearly marked with a letter so that you are not left guessing which one is which. 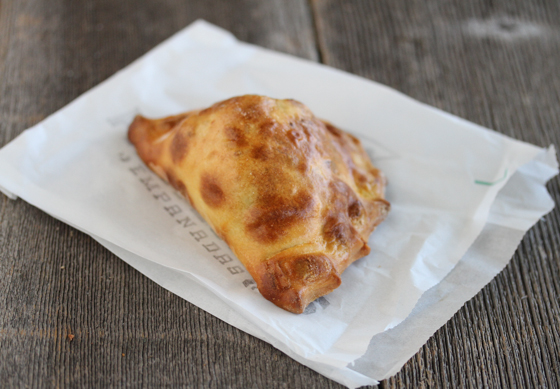 The ground beef filling had a Middle Eastern feel to it. I wasn’t particularly a fan of the raisins or green olives. 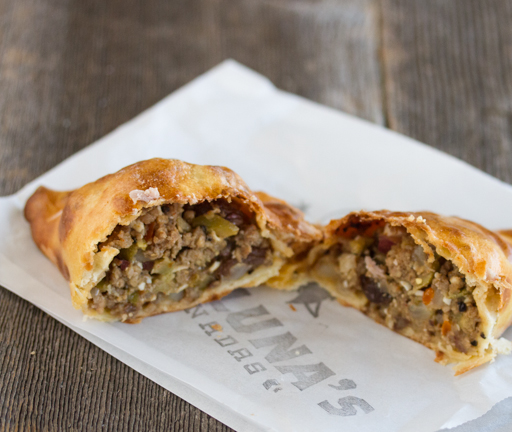 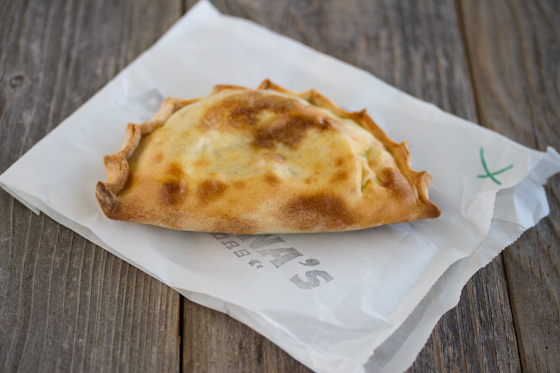 This was my absolute favorite of the four and tasted just like described. The homemade gravy was particularly enjoyable and DH even used it on the other empanadas too. 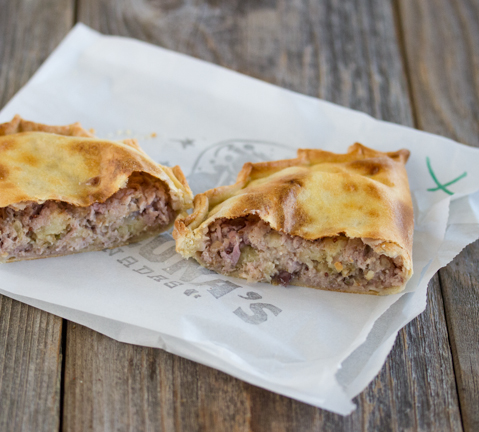 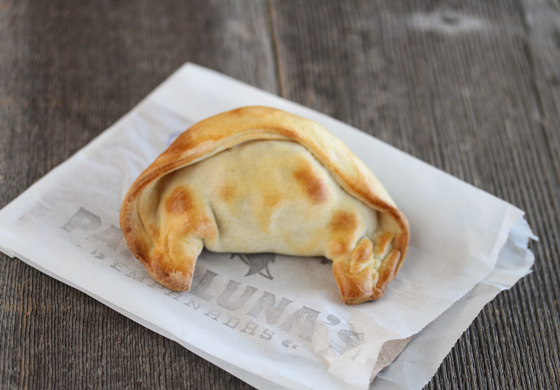 The filling was basically mashed butternut squash that had been cooked in coconut milk, lemongrass and yellow curry. I found the curry flavor overpowering. The spices actually reminded me more of Indian curry rather than Thai curry. 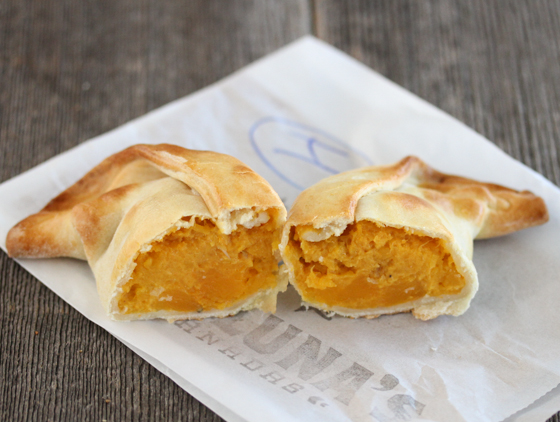 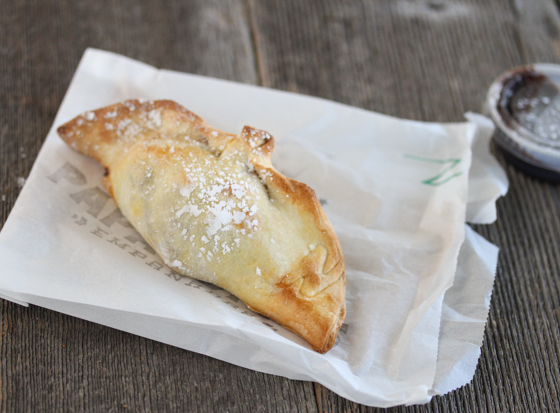 Of course I had to try the Nutella one, which was accompanied with some chocolate dipping sauce. This one was pretty tasty  and I liked the sugar coating on the empanada shell. 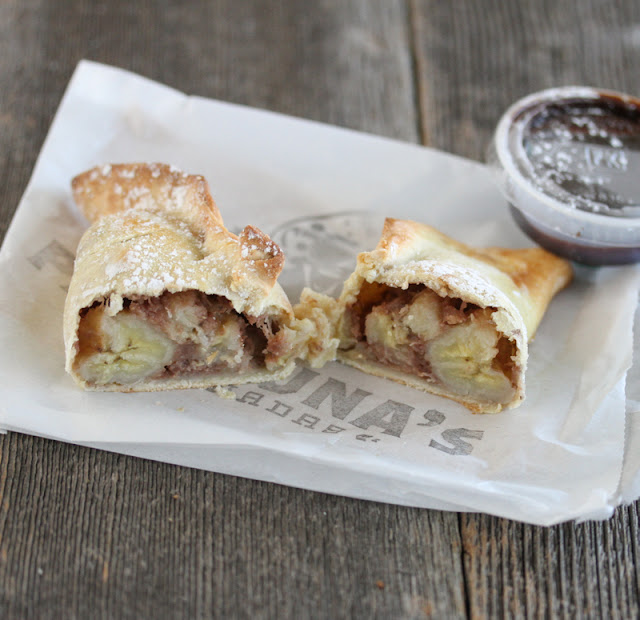 We liked two of the four empanadas we sampled. Neither of us are really big on eating empanadas in general, but we thought this is a unique shop with so may unique flavor offerings. We’d come back again to try some of the other flavors. 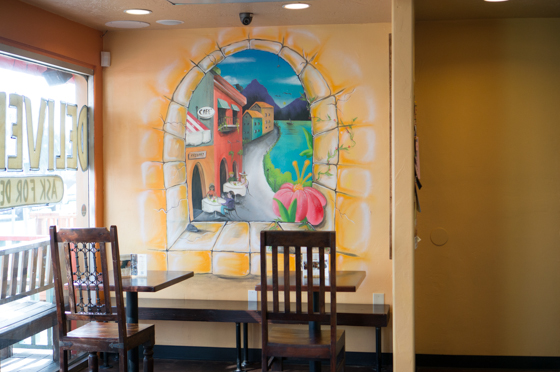