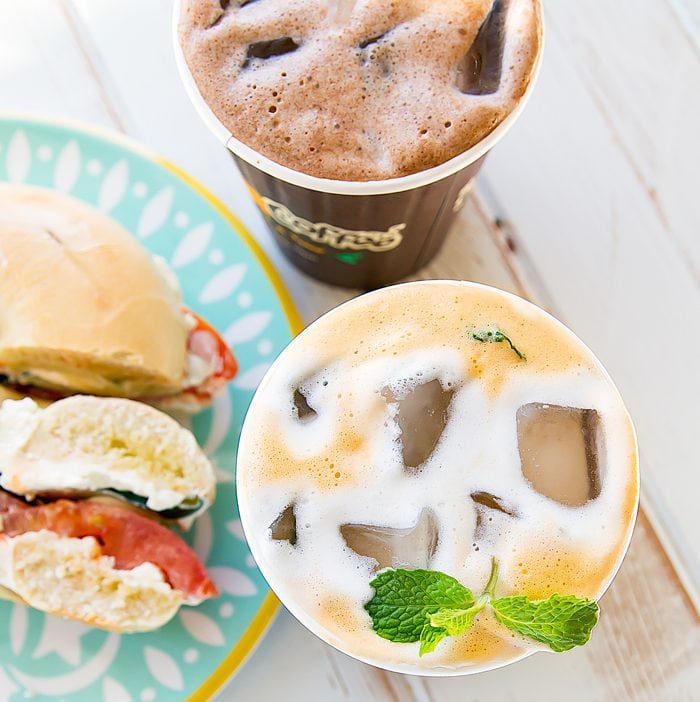 If you’ve spent any significant amount of time in the Bay Area, you’ve likely heard of Philz Coffee. They focus on drip coffee rather than espresso drinks. They have over 20 blends available and every cup is brewed to order. Their signature drink is a Mint Mojito. 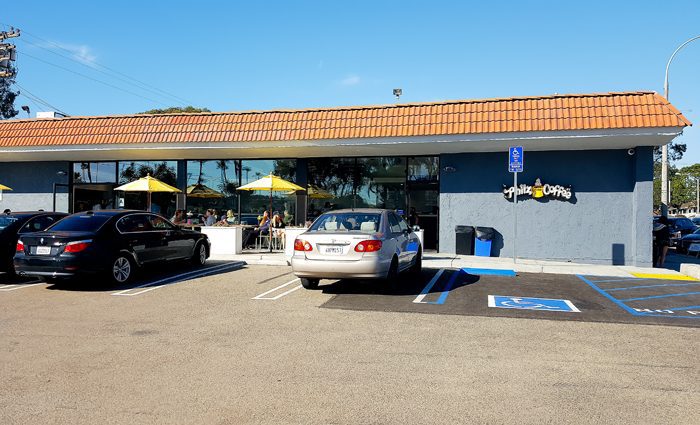 This first San Diego store is located in Encinitas with a few more stores planned including an upcoming one in La Jolla Village Square.

During their soft opening all drinks were complimentary. I was quite excited to see a Philz Coffee finally open in San Diego as it reminds me of home.

The coffee shop is fairly spacious and does have its own small parking lot. In addition to their signature coffee blends, the shop also offers a variety of pastries as well as an open-faced toast menu. This location of Philz is the first to launch the toast menu and they were unfortunately all gone during our visit. Hopefully I’ll get to try them next time. 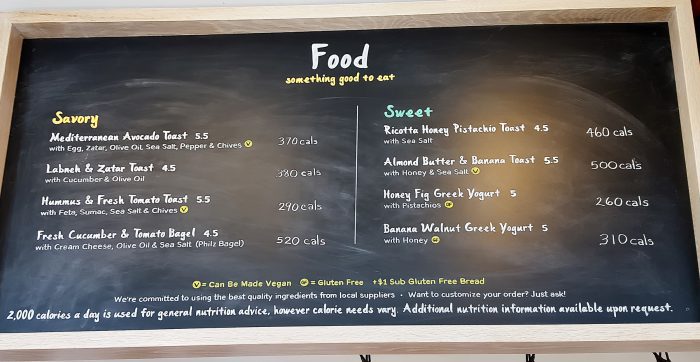 The staff was very friendly and helpful, very much like all the other Philz’ locations I’ve been to. 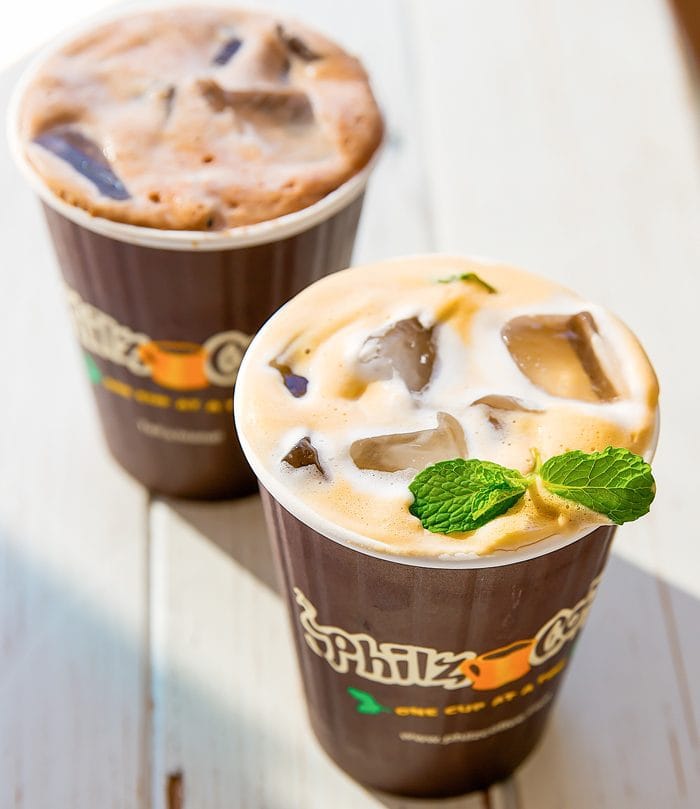 These are our go-to drinks when we go to Philz and they are the most popular ones as well. We got iced versions of both of them and “Philz way” which is with a medium amount of sweet and cream. I was surprised that both the drinks were almost overflowing, but it made for a pretty photo. 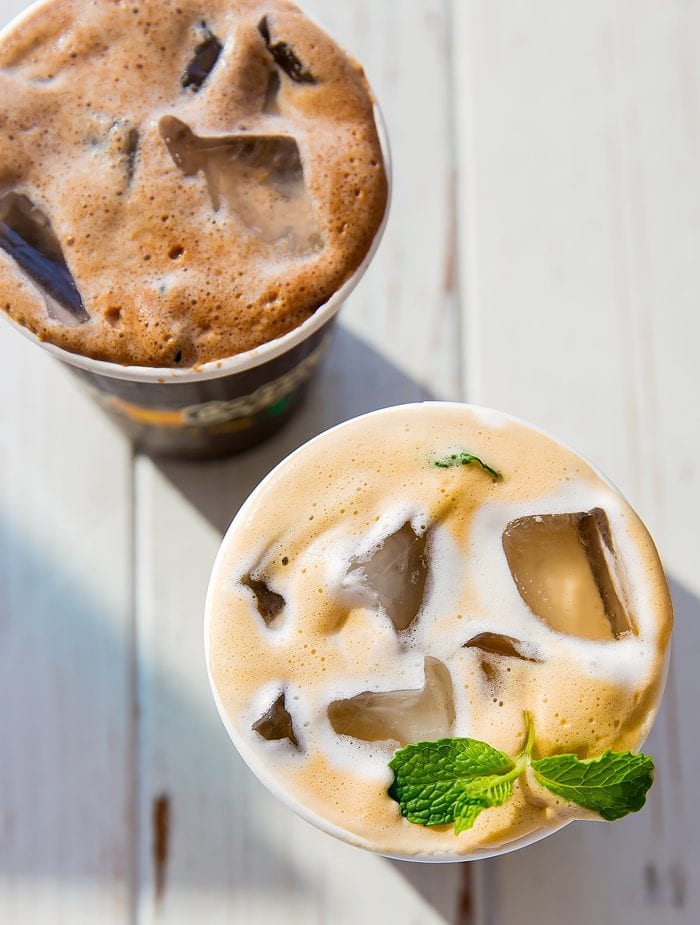 Some of my mint garnish slipped beneath the ice cubes, but I love how you can see the swirls of cream on top.

We also got a bagel sandwich to go with our drinks since they were out of the toasts. 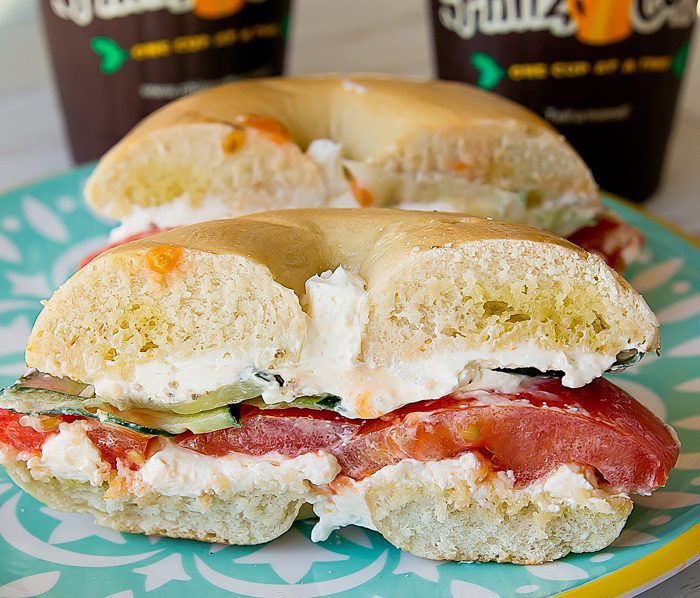 The coffees were great. The bagel was alright, but then I’m quite picky about my bagels.