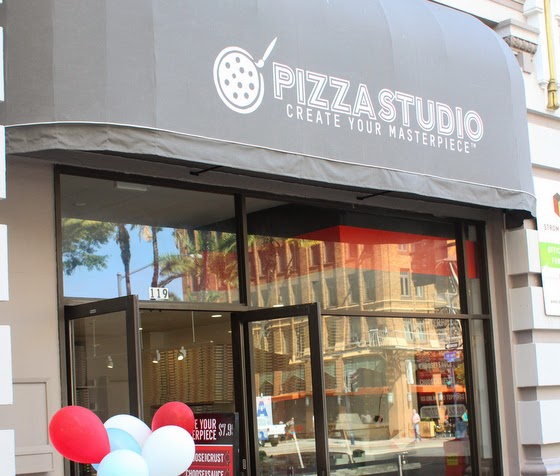 Since it’s Pizza Week, here is a pizza post. Pizza Studio is yet another fast-casual pizza restaurant chain with build-your-own unlimited topping pies. The chain originated in LA but has been quickly expanding. The first San Diego location opened in Gaslamp recently and there are plans for 20 locations in San Diego within the next five years.

What immediately got me excited about this place was flavored crusts! Everywhere we’ve been so far have only a regular or a gluten-free crust. But there were five crusts: traditional, firecracker, rosemary herb, whole grain & flax seed, and gluten-free. 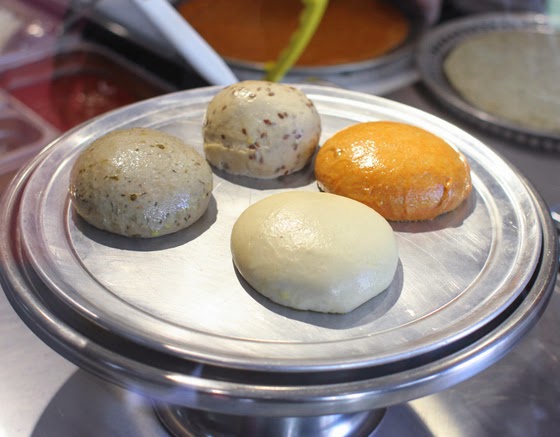 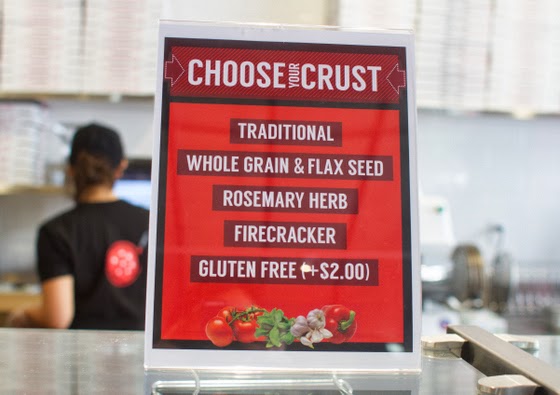 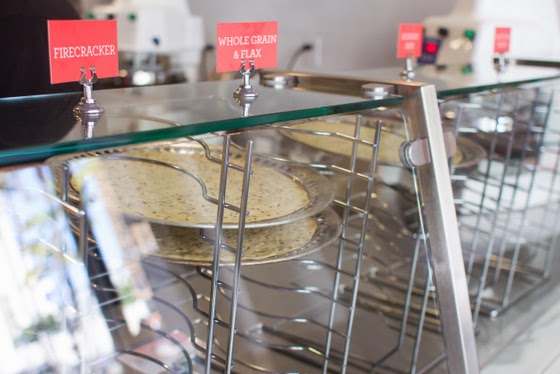 They also had some nicer toppings including roasted broccolini and Genoa salami. 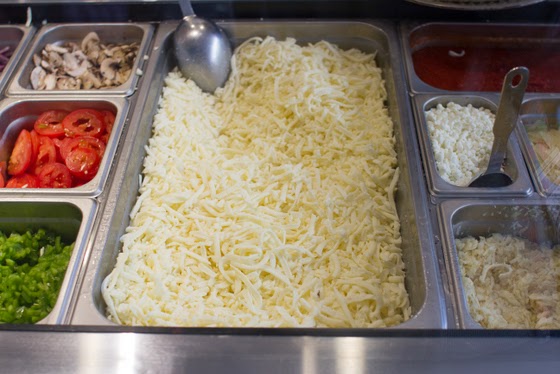 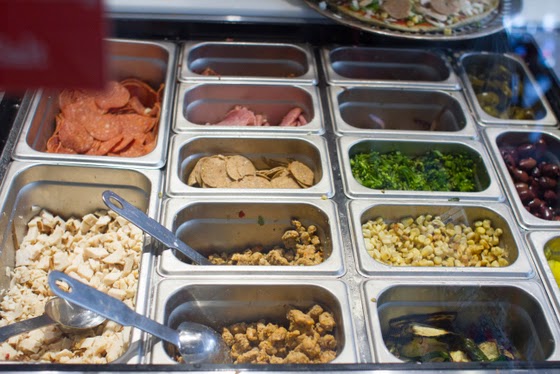 I was also surprised to see a conveyer belt convection oven used rather than the fire gas ones we’ve been seeing at other places. Since some places suffer from inconsistent baking, it makes sense to use this system so that the pies bake up the same every time. 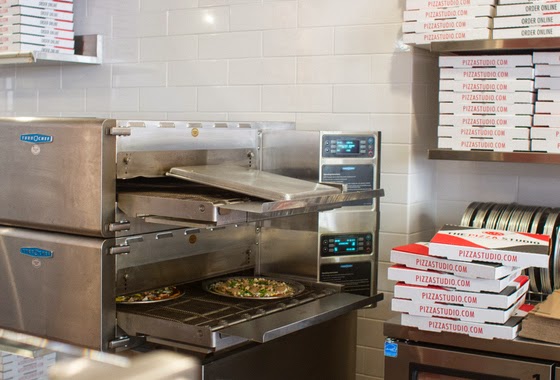 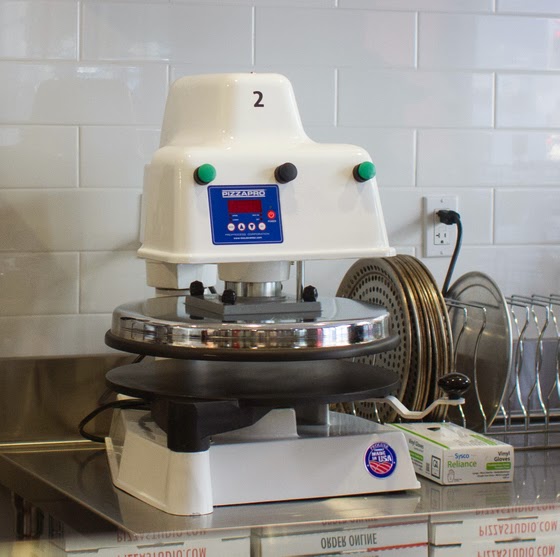 Once you are done selecting all your regular toppings, you can “spice it up” with various seasonings, like truffle salt. And you can add some “finishing touches” like arugula or bbq sauce. 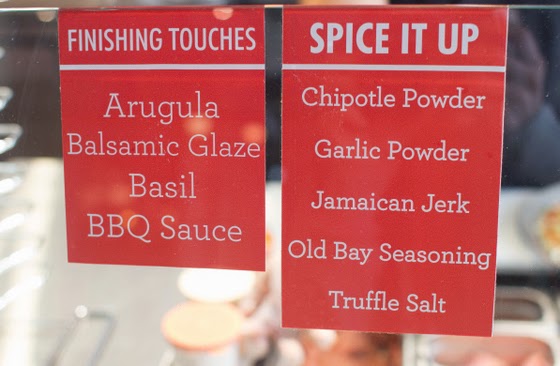 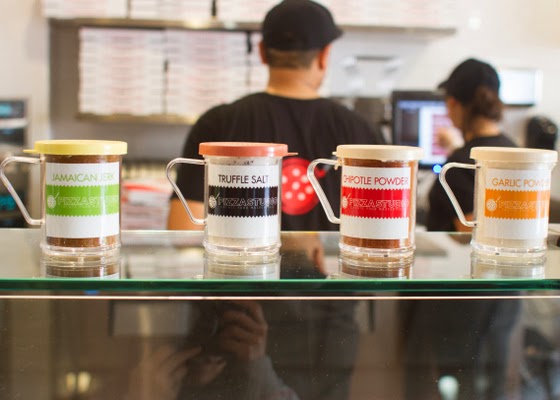 I loved how many different elements they had to add some extra zest to the pizzas. 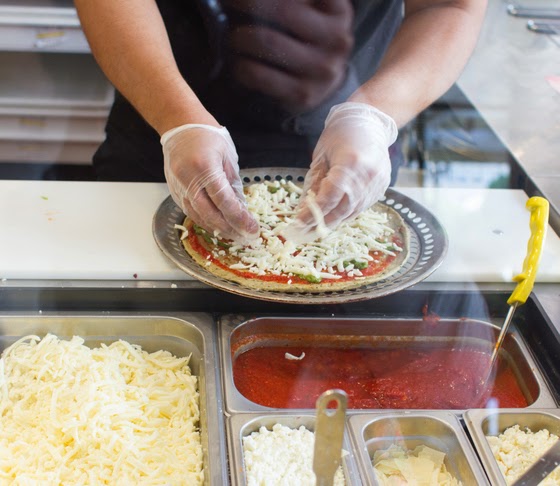 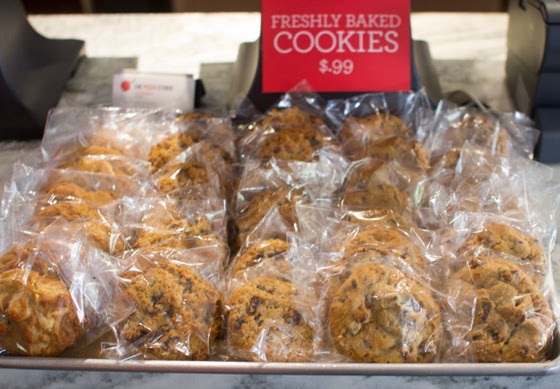 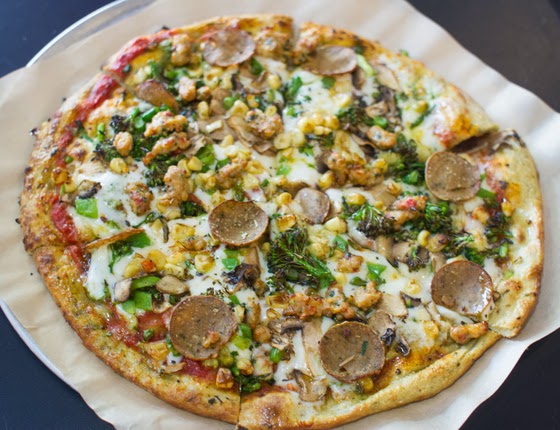 This was my custom designed pizza. The crust was very thin, but maintained quite a chew and held up the toppings well. I was surprised that the broccolini was a little burned and the turkey sausage got dried while baking, especially since they have the conveyer belt oven. I found this pizza very flavorful though and tasty. 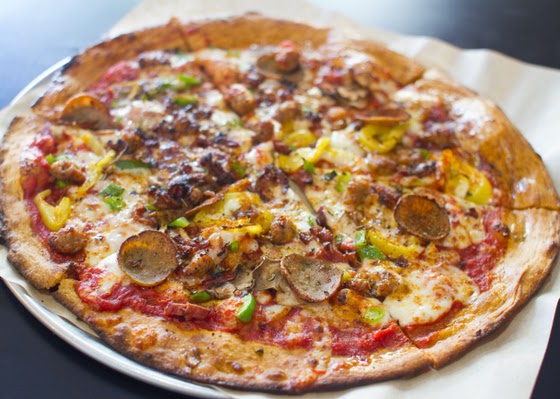 This was Mr. K’s choice. It had quite a kick to it between the spicy crust and his added seasonings. But he really enjoyed it.

Here’s a side by side comparison so you can see the different crusts. 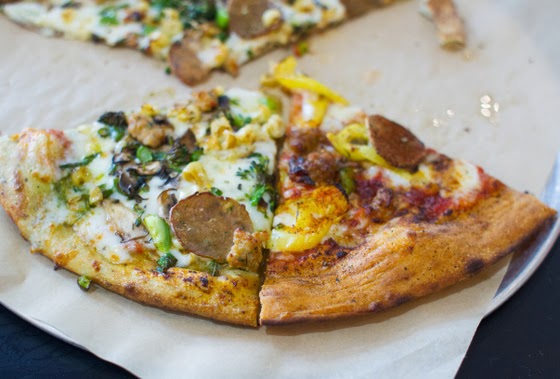 Overall, we had a good time here. The service was friendly and the pizzas were tasty. I especially enjoyed the flavored crusts.

The prices are slightly higher than some of the other fast-casual places we’ve tried at $7.99 for a customized 11-inch pizza. But they also offer pre-designed “Starving Artists” pies for only $5.99. A lot of places offer a cheese or one topping pie for a reduced price, but these Starving Artist pies actually have a few topping for a reduced price, which is a nice aspect.

The restaurant is also located in the same area as Sushi Deli, nearby Horton Plaza so you can easily find parking at Horton and walk over. 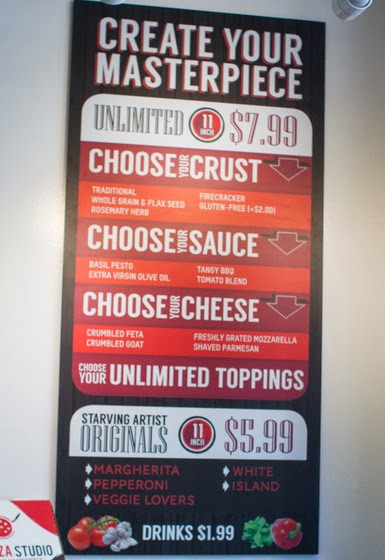 For a breakdown of all the current fast casual pizza chains in San Diego right now, check out this article on Eater.