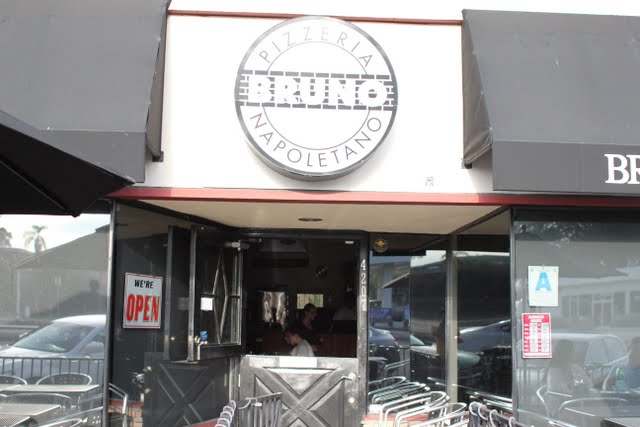 I’ve been on a quest to check off more restaurants on my to-do list lately. Pizzeria Bruno has been on the list for quite a while. 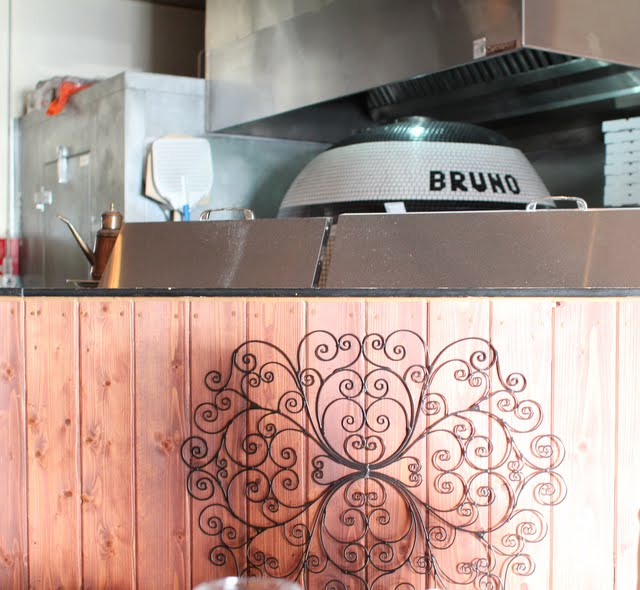 After reading glowing reviews on Serious Eats and Gastronomy Blog, I knew I had to check out Pizzeria Bruno.

Truth be told, I have no previous experience with Neapolitan style pizza. Lucky for me, just days before I was about to pay Pizzeria Bruno a visit, Serious Eats published an article titled What to Expect at a Neapolitan Pizzeria.

From the article, I knew to expect personal sized pies, a wet pizza especially near the center of the pie, and inevitable charring of the crust (due to the use of a wood fire stove). 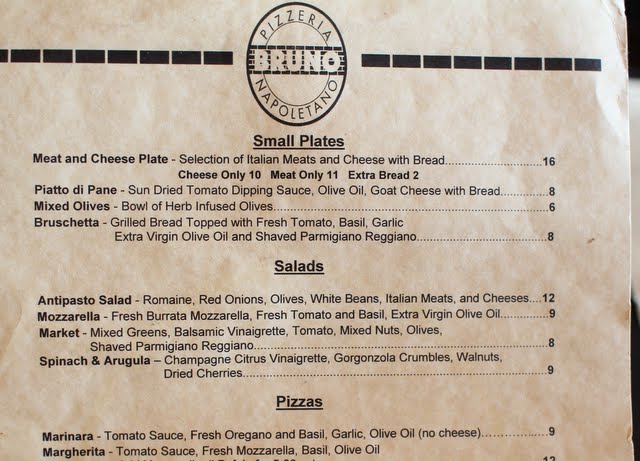 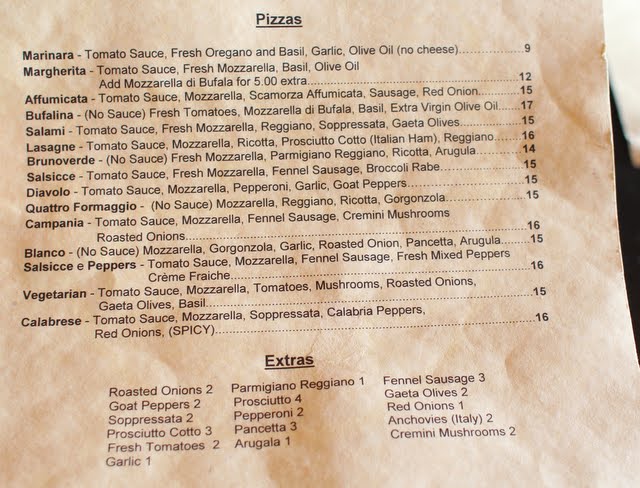 Pizzeria Bruno is a small place and reservations are recommended for large parties. On the night we visited, a big party was going to take up most of the restaurant, but we were fortunate as they agreed to squeeze in an early reservation for my group.

We had six people in our group and ordered four pies to share.

The first thing that surprised me was how quickly our pizzas baked.  The first pizza arrived within minutes of our order. 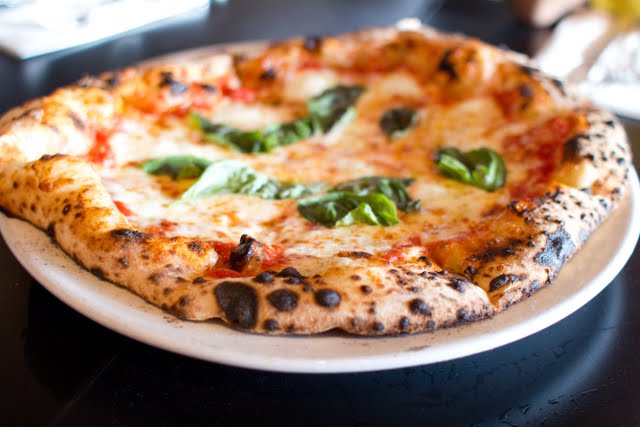 Just like the Serious Eats article informed me, the pizza was quite wet in the center, and the crust had visible charring. 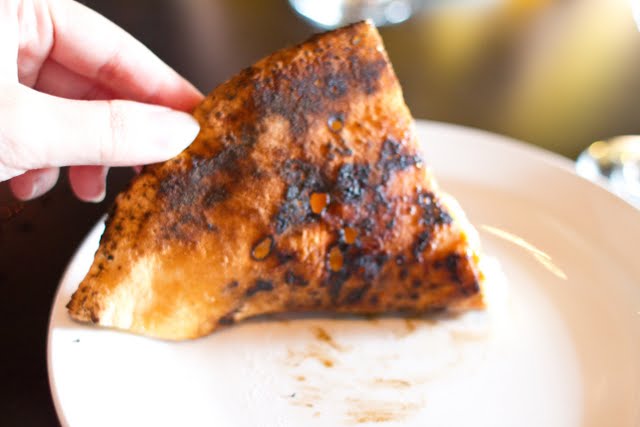 While the pizza was wet in the center, we were still able to pick it up and eat the slices with our hands. Despite the crust being quite thin, it still maintained a nice chewy texture. 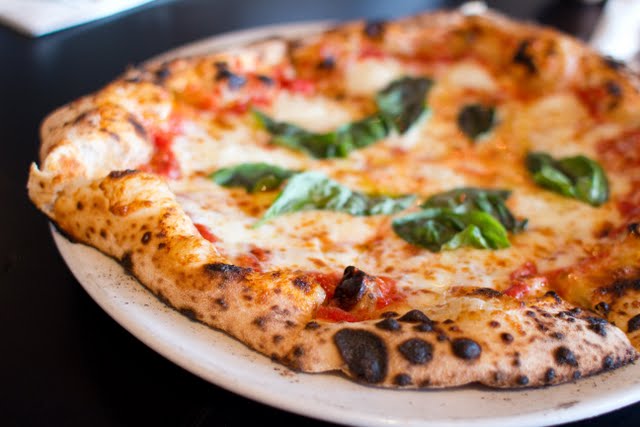 I enjoyed the simplicity of the flavors, but found the charring of the crust a little too much on this pizza. Never much of a crust eater, the bitterness of the char made me even less willing to eat my pizza crust. 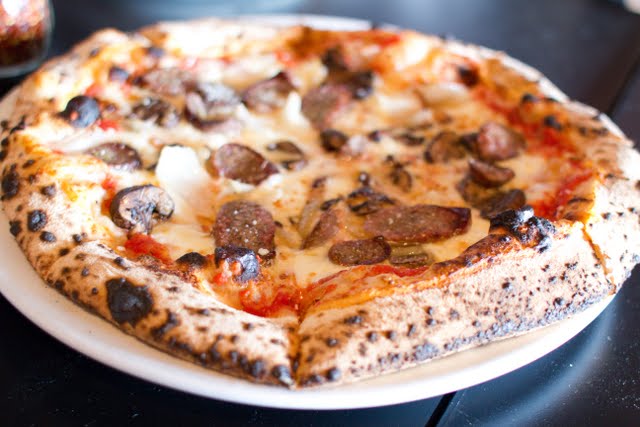 I enjoyed all the toppings and there was visibly less char on this pizza crust, so not bitter notes on my slice. This was my second favorite pie of the night. 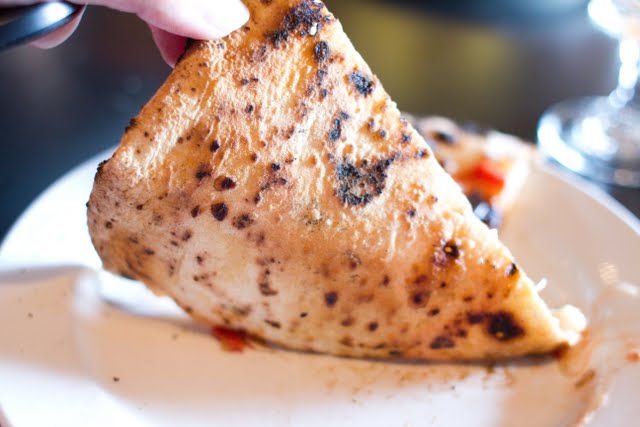 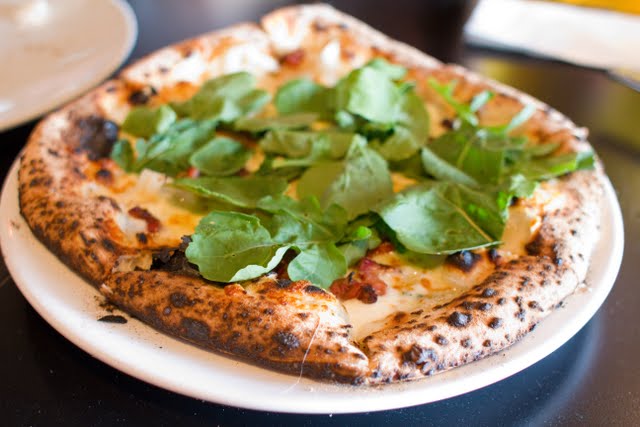 This was the pizza I was most interested in trying that night, and it ended up being the most disappointing. I’ve developed a fondness for sauceless pizzas in the last few years, but this one ended up being too salty. 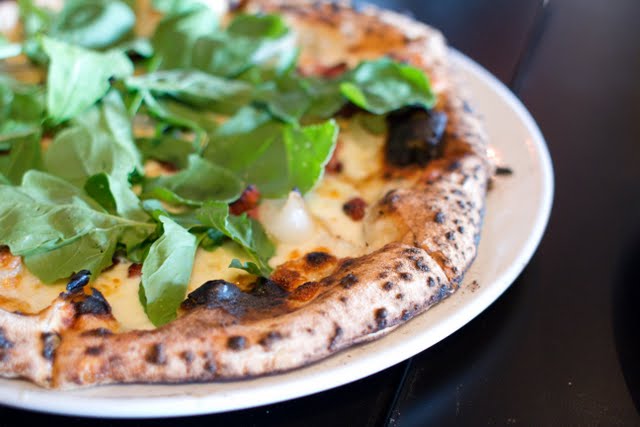 Both gorgonzola cheese and pancetta are naturally on the high end of the salt scale.  Combined together, and without any sauce, it really was too much. The raw argula that topped the pizza absorbed some of the salt and added a nice counterbalance, but any bites without arugula were hard to swallow. 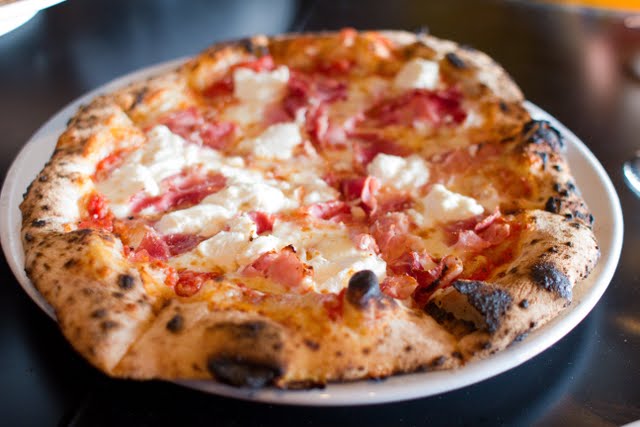 I almost didn’t choose this one, but I’m glad I did because it ended up being my favorite pie of the night. I enjoyed the interplay of flavors between the sweetness of the ricotta, the saltiness of the ham, and the tartness of the tomato sauce. 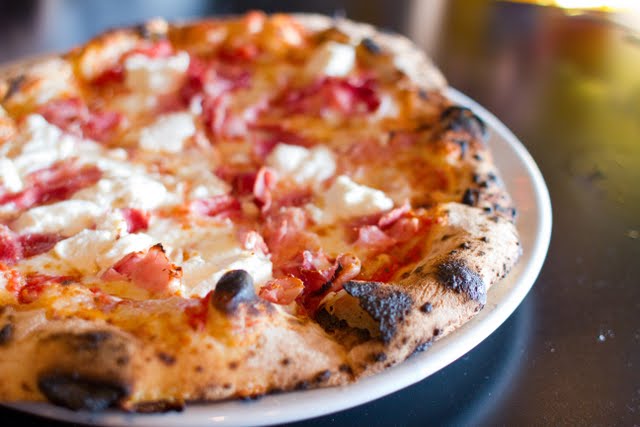 Four pizzas was more than enough for our party and we had a few slices leftover. Service was attentive, the pizzas arrived quickly. We were in and out in under an hour.

While I enjoyed my first experience here, I have to confess, as a personal preference, Neopolitan style pizza doesn’t really top my favorites on pizza types. However, I’m still happy that Pizzeria Bruno opened up in San Diego.