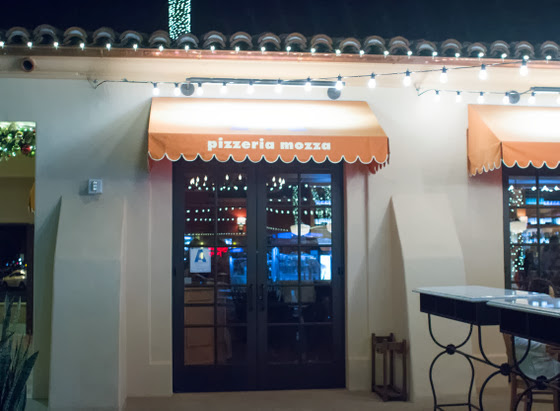 Mr. K and I have been eagerly anticipating the opening of the San Diego location of Pizzeria Mozza since it was first announced last year. The pizza we’ve had at the Newport Beach location– especially the margherita pizza– is the best pizza we’ve had outside of Italy. 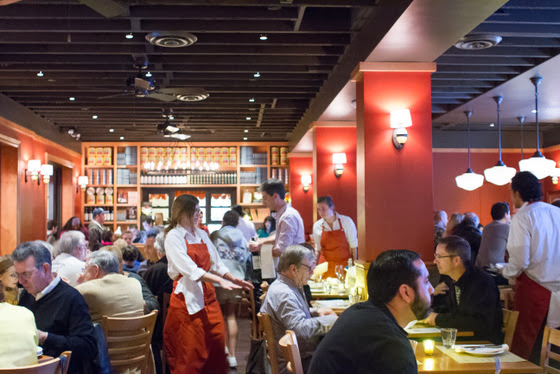 So we wasted no time to come check out the new spot, located inside The Headquarters, the newest retail and restaurant plaza for San Diego and the former old headquarters for the SD police station. 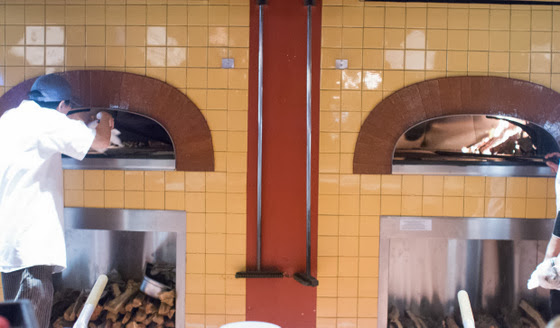 We were given a seat by the bar, which gave us a great view of the pizza making process. Unfortunately though, because the restaurant is so new, instead of showcasing a smooth operation, what we mainly witnessed was a kitchen still trying to work things out. 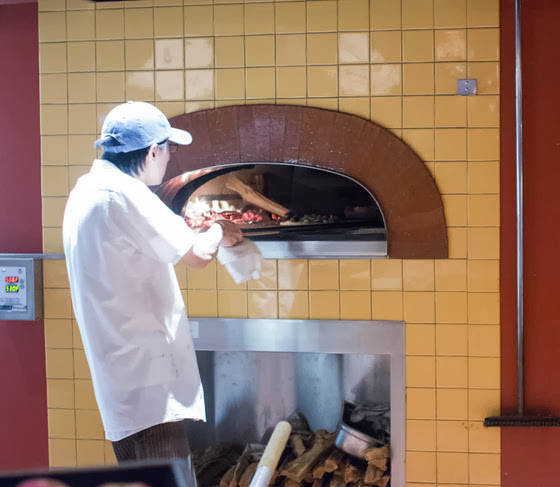 The menu is nearly identical to the Newport Beach menu in terms of dishes and prices, with only a few variations in the main entrees section. 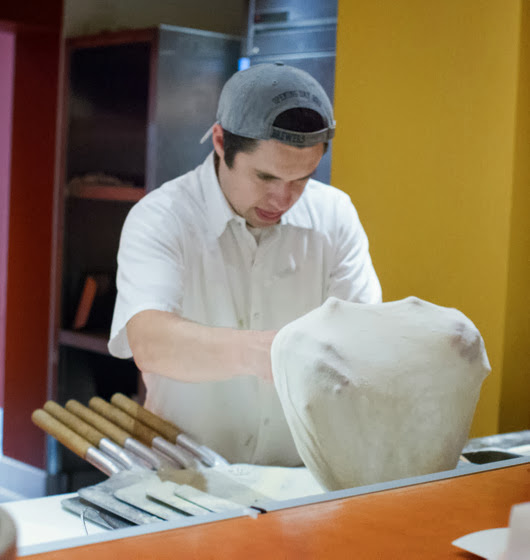 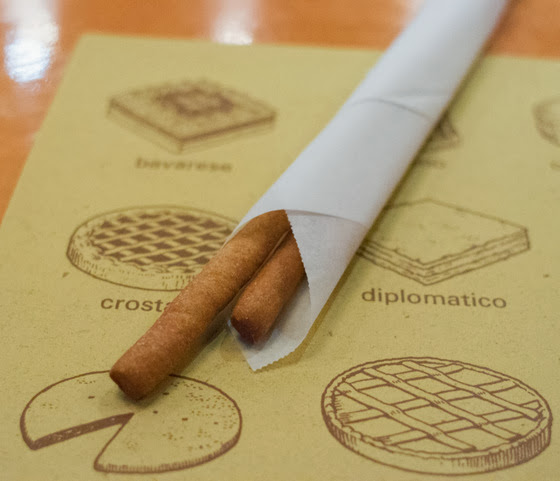 Just like the Newport Beach location, the meal started out with some breadsticks. Also like Newport, each table setting is a different place mat providing some Italian education. 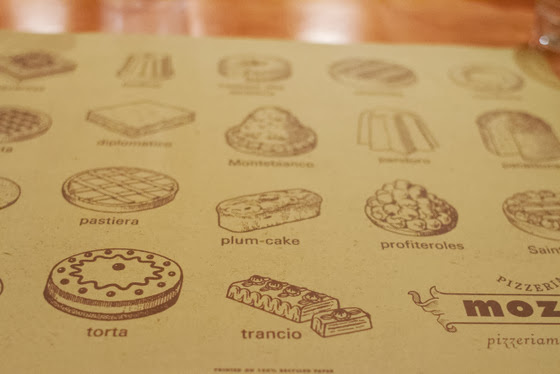 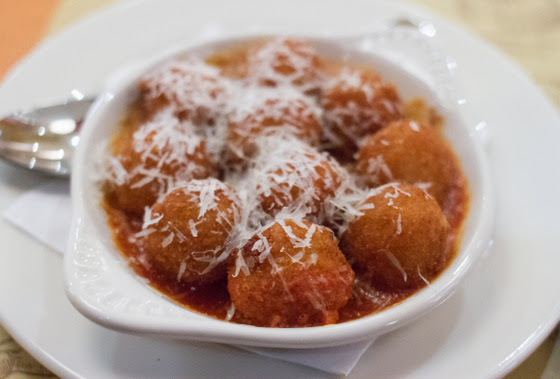 Fried rice balls coated in crunchy bread crumbs and dipped in meat sauce, this was a nice way to start the meal. 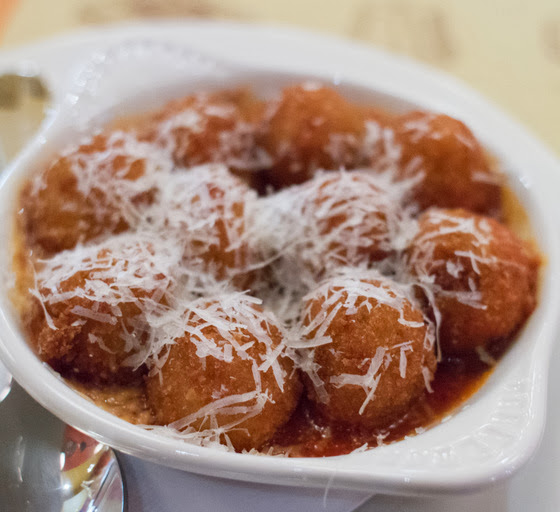 Unfortunately, things took a downward turn after the appetizer. 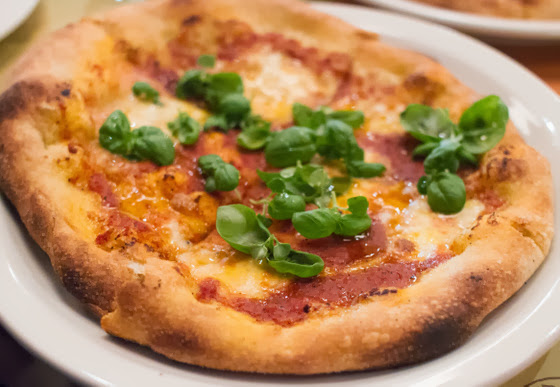 We immediately knew something was wrong the minute we saw our pie. This looked nothing like the margherita pie we always get at the Newport Beach location. The sauce lacked the vibrant red flow,  the ooze of cheese. When I picked up the slice, it came up easily. There was no thin wet center, no messy char on the back of the crust. The pizza was dry and lacked serious amounts of cheese and sauce. It wasn’t a fluke. Since we did have front row seats, I watched as each margherita pie suffer the same fate.

Here is what the Newport Beach marghertia pie looks like: 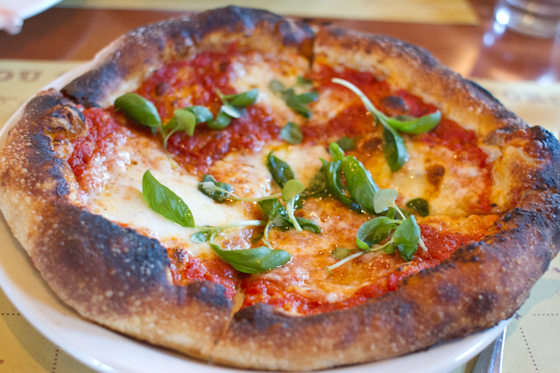 Here is what the San Diego version looks like: 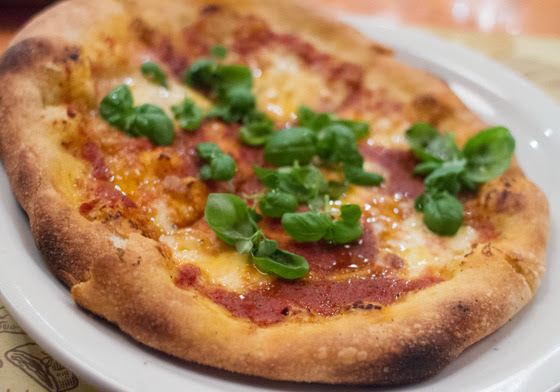 As you can see, as a result of the lack of sauce, the sauce that is on the pizza gets cooked quite a bit, drying it out and making it a deeper reddish brown. Here is how the pies were looking before they went into the oven. 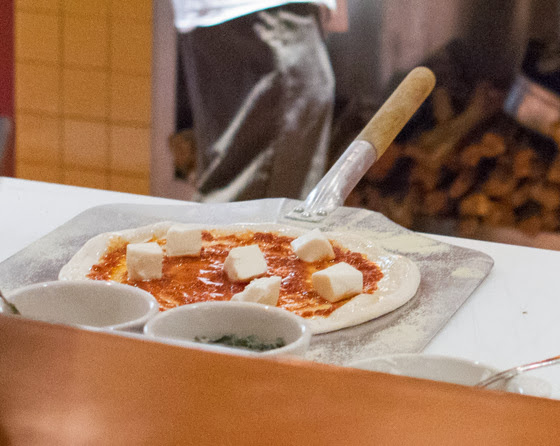 This was such a disappointment that I wanted to drop everything and drive up to Newport Beach. Without the sauce and cheese, this pizza was practically all crust. 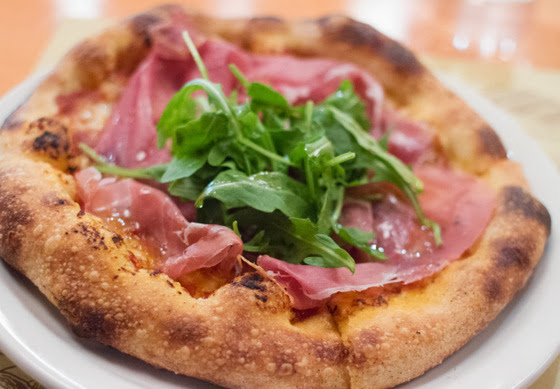 This pie was better, mainly because there was enough toppings to add moisture to the crust. The prosciutto, which comes from Mario Batali’s father’s Salumi restaurant, is excellent. The crust itself was thin and crunchy, but it lacked the distinctive flavor and chew I had loved so much from my previous experiences with Mozza pizza. Overall it was a decent pizza for San Diego, but it lacked the uniqueness that had made me fall in love with Pizzeria Mozza in the first place.

After such anticipation for this opening, we left pretty disappointed. While this place as it is now may stick around as a good wood fired pizza place in San Diego, it’s only a shadow of what the Newport Beach (and what I assume the LA location) is like. I know that kitchen staff from the other locations were brought over to train the San Diego staff and are still around temporarily, so I don’t know why the pizzas aren’t coming out right. I do hope they fix the problem soon.

Here are some photos of the new The Headquarters. This is such a lovely addition to the downtown area. I love all the new stores and restaurants opening inside. 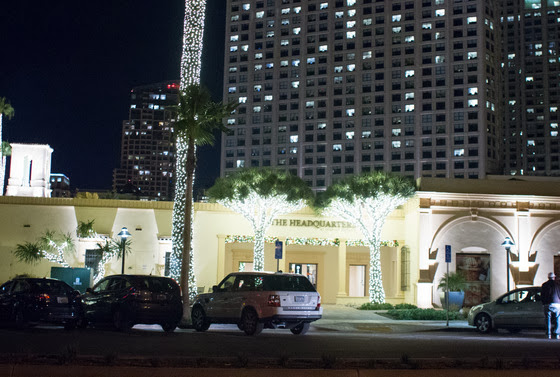 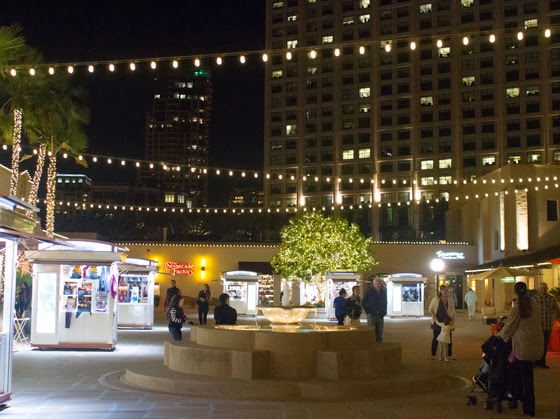 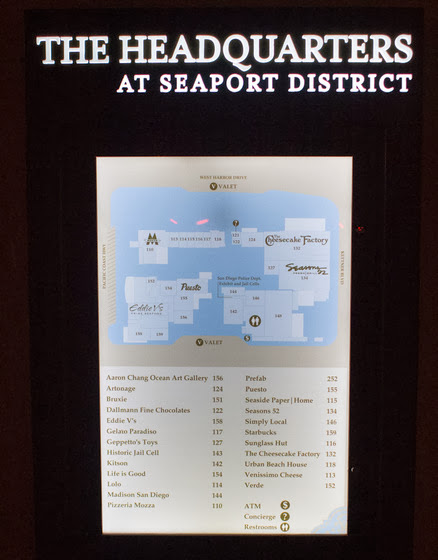 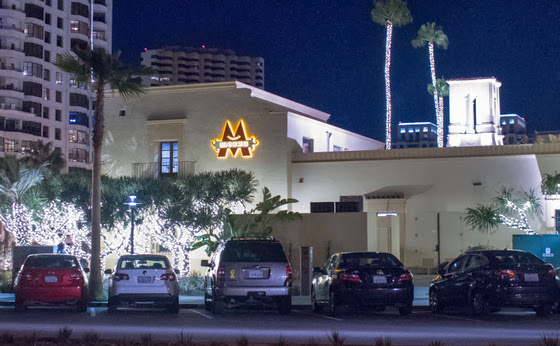 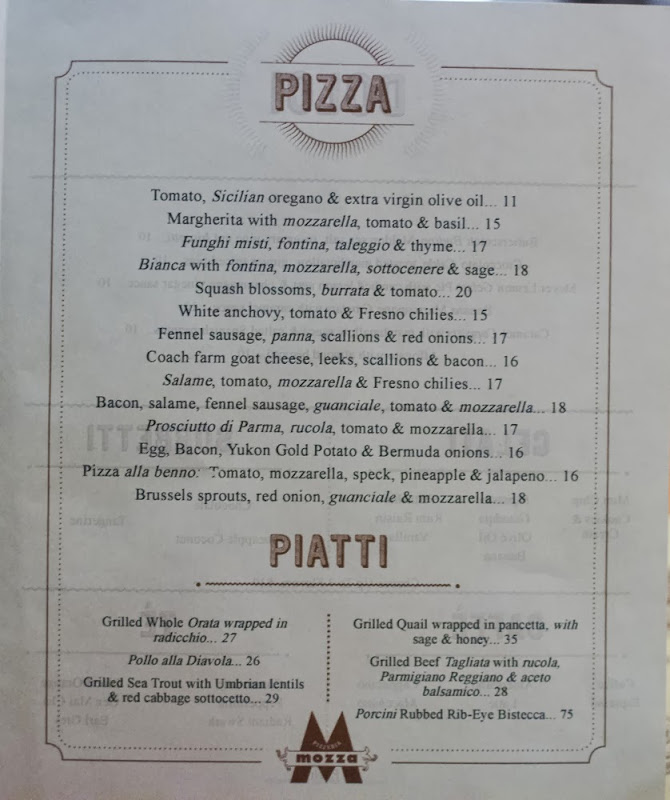 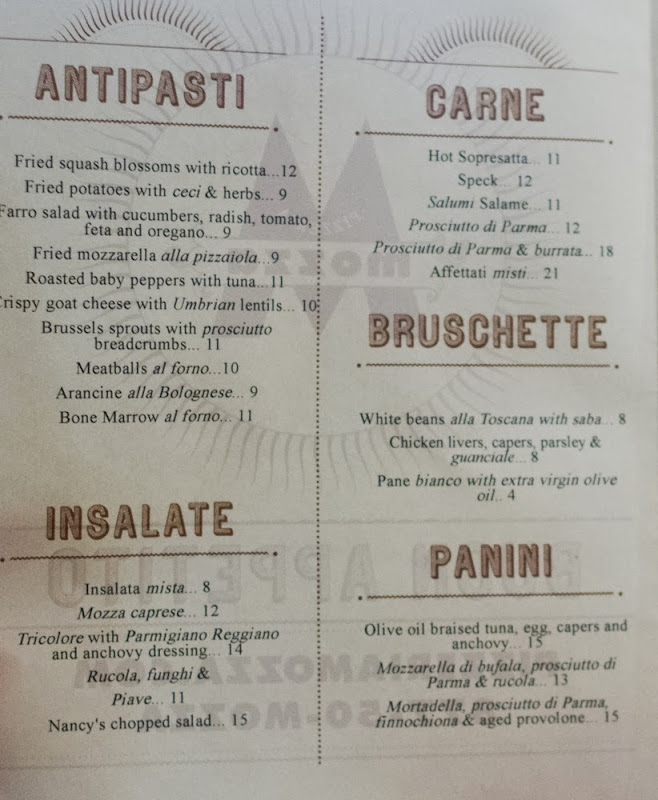