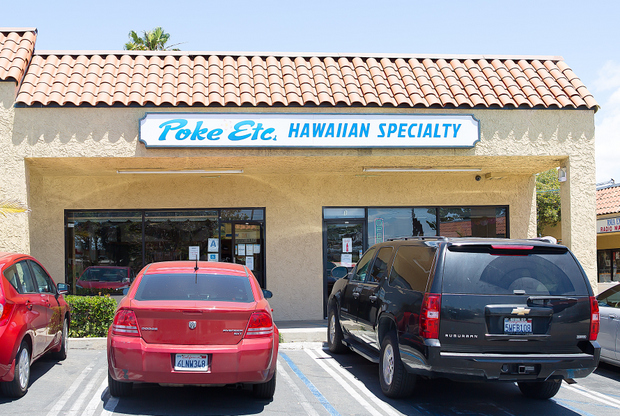 Poke Etc opened in San Diego recently. They have several other locations in Southern California, offering poke and other Hawaiian dishes. 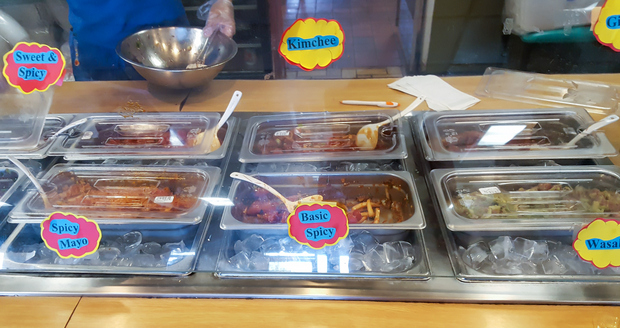 When you get to the counter to order, you’ll find nearly a dozen pre-made poke options on display. They offer tuna, salmon, octopus, mussels and white crab as your fish choice and ten different sauces to flavor your fish with.

You can create your own poke bowl with one ($7.95) or two ($8.95) fish options. Your bowl also comes with steamed rice and seaweed salad. You can also buy poke buy the pound.

We chose Spicy Mayo and Shoyu tuna. The portions served were very generous. Each “scoop” was more than double the scoop size of any of the other poke places I’ve eaten at in San Diego. 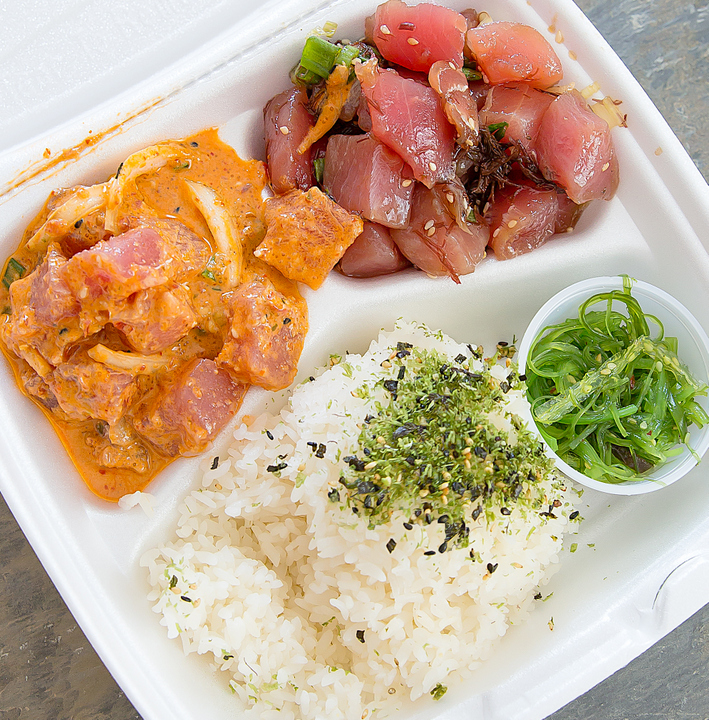 Even though the poke was already pre-made, it actually took us longer to get our food than when the poke is made to order. It took us nearly 30 minutes to get in front of the cashier to pay for our food.

While the portions were very generous, the fish quality was noticeably lower compared to the raw fish we’ve been eating at other poke restaurants in San Diego.

Overall, if you’re looking to eat on a budget, or need a large amount of poke for a party, this is a good option. However, we prefer some of the other new poke restaurants that have opened in San Diego, like Pokirrito and San Diego Poke Co.