Pokirrito has officially opened with even more menu items than before. There are now more sushi burrito options, more poke bowl toppings and they also added yakitori items too.

As you may recall, we previously visited Pokirrito during its soft opening and enjoyed both the poke bowls and sushi burritos. Now that they are fully up and running, the restaurant is constantly packed with a line out the door. However, the lines do move very quickly. Most of the line is due to the sushi burritos, which are very popular. If you’re just there for a poke bowl, you can actually move your way much faster through the line.

I’m sorry I didn’t take more photos of the interior. I took quite a few for my initial post and didn’t think to take more of the new changes. 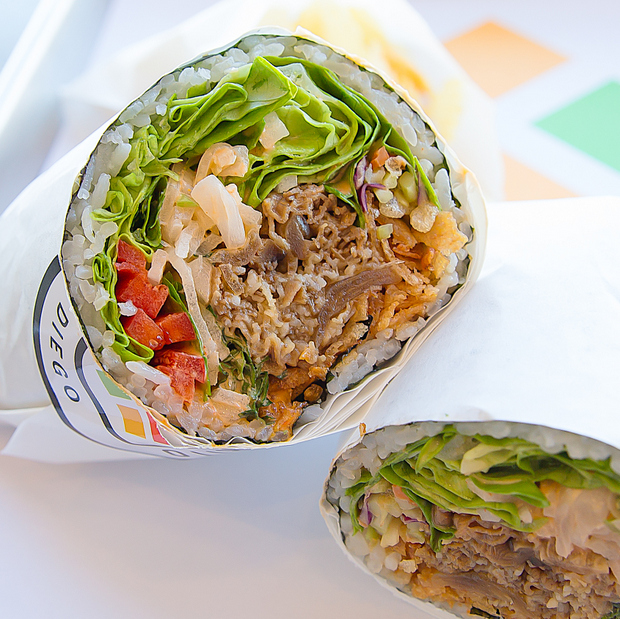 Yakiniku beef, broccoli slaw, shiitake mushrooms, shiso, white onion, butter lettuce, cilantro, red bell peppers, lotus chips, jalapeno crunch, tempura flakes, sweet chili sauce. The burritos are tightly packed, with every ingredient clearly visible. There are so many different ingredients inside, but the flavors are well-balanced and I really enjoy all the textures.

The burritos here are quite big and filling. Up until now I’ve been a little disappointed at how small some of the sushi burritos I’ve eaten are, but Pokirrito’s version is quite satisfying. You can see the size comparison with the side of potato chips they are served with. 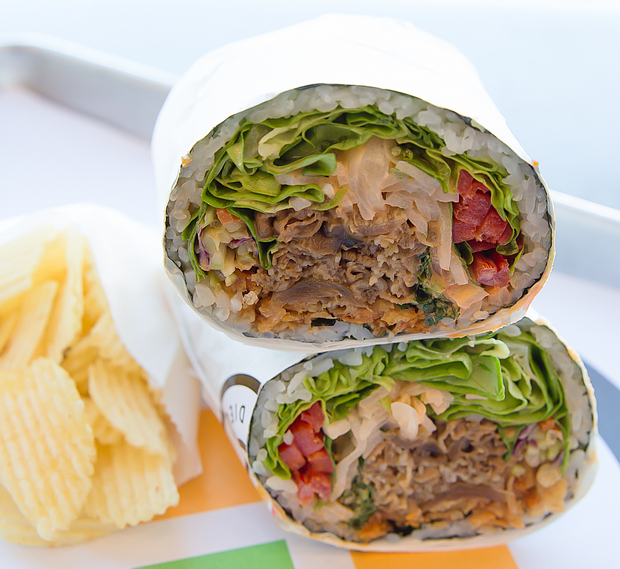 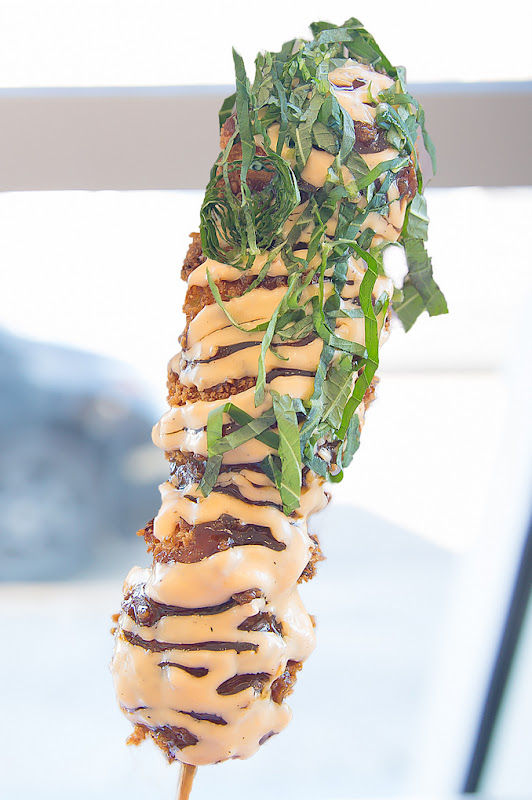 The ground chicken meatbalsl were tender with a wonderful flavor. The outside of the meatballs are coated in panko breadcrumbs for a light and crunchy finish. We really enjoyed this skewer and the flavors reminded me of Japan, especially of the street food we ate in Osaka. I’ve been missing the food we ate in Japan a lot since our return and this really hit the spot. 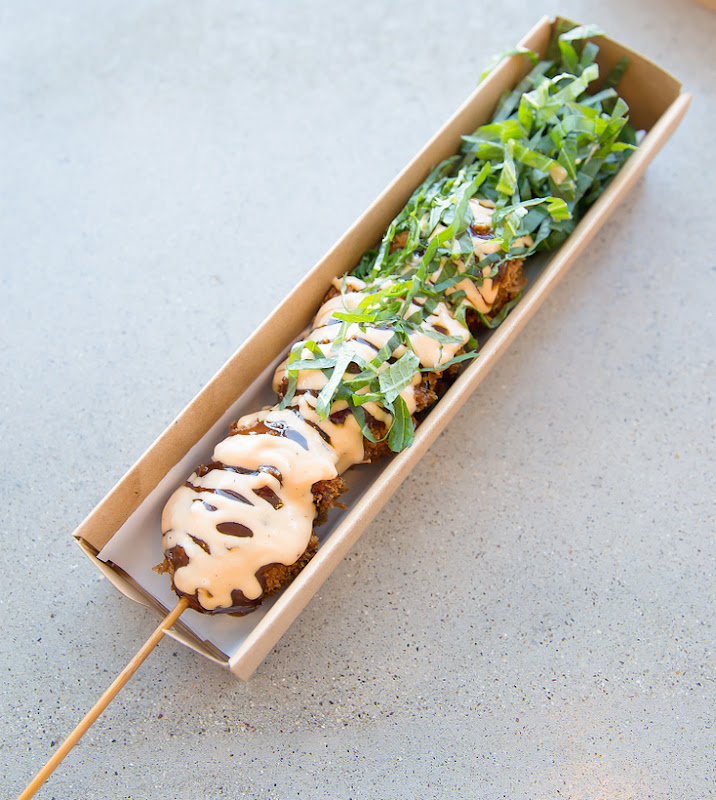 You can order the skewers individually or get them with a rice bento box. 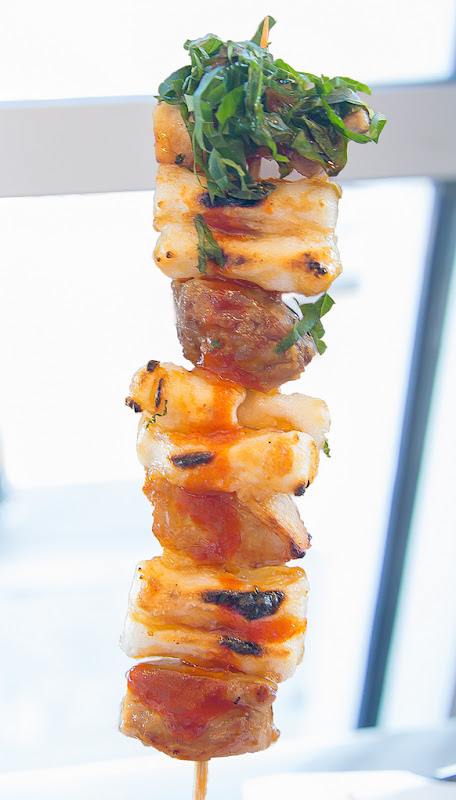 I was really excited for this one because of the grilled mochi. While I enjoyed the mochi pieces, the underbelly was a little tough. We didn’t quite enjoy this one as much as the tuskune chicken. 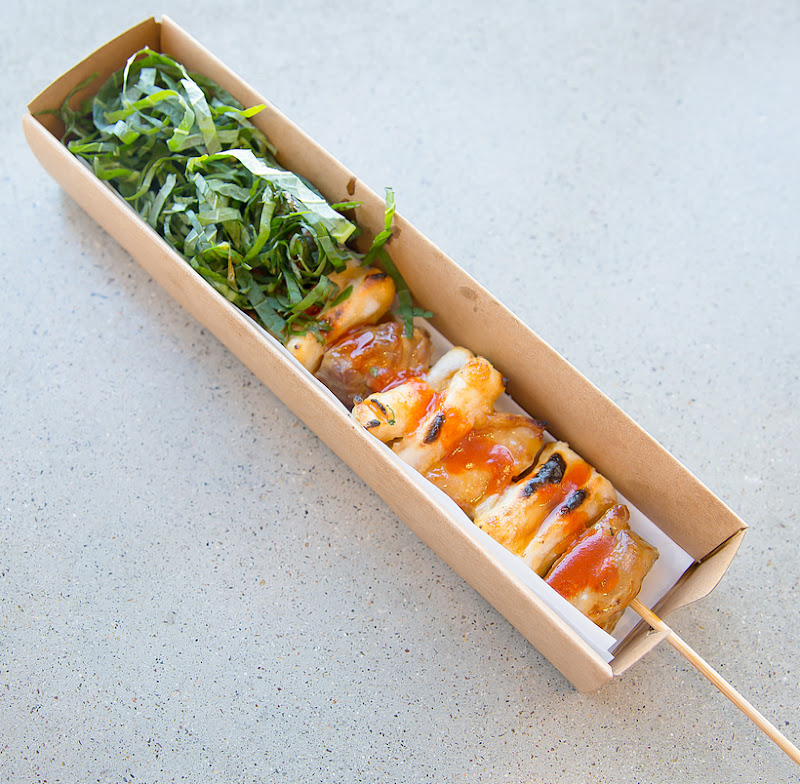 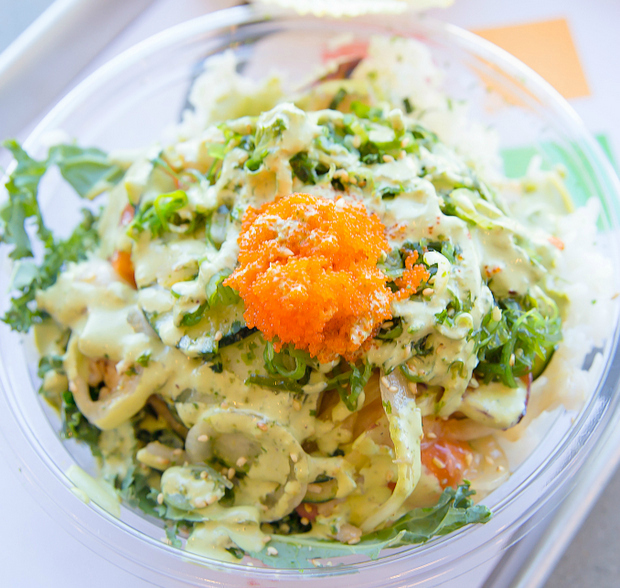 As of this moment, I have eaten at every single poke-centric restaurant in San Diego. Of course this won’t remain true for long as there are several more that will be opening in the next few months. And while every one I’ve been to has been pretty solid, I keep going back to Pokirrito as my favorite. The key is the poke sauce. All the other places I’ve eaten at, I’ve found the poke sauce to be a little too salty, a little too plain, etc. But Pokirrito has just the right balance for me. Having that right sauce really brings the whole dish together. 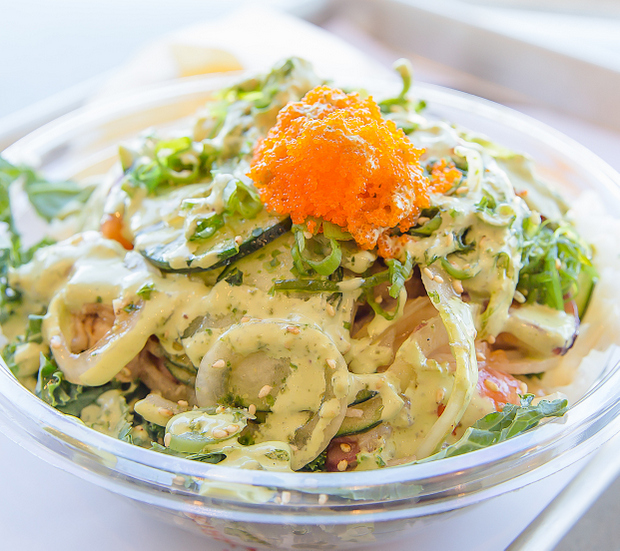 On the new menu board, I noticed that Pokirrito actually has the tagline “Home of the Golden Ratio Poke Sauce,” so obviously they take pride in their sauce. And after having sampled many other poke places, I came to the same conclusion before seeing their sign. On this occasion, I also got the basil pesto sauce on top. We previously got the spicy aioli. Both are really good and complement the ingredients well.

At $12.95, their large poke bowl is actually the most expensive of all the places currently in San Diego, but I think it’s worth the slightly higher price point.

Overall, we’ve really enjoyed our meals at Pokirrito. We like the menu variety and have enjoyed nearly everything we’ve tried.