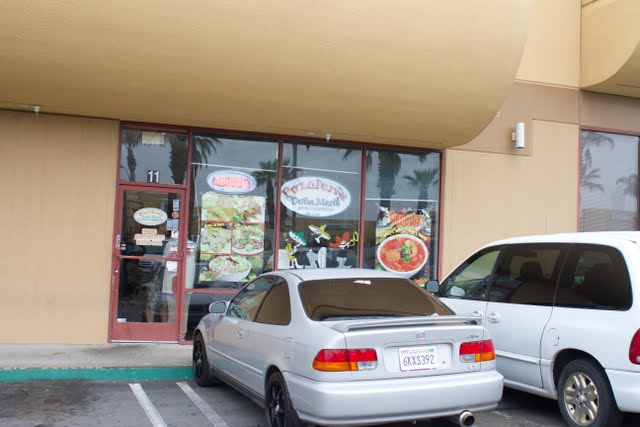 The second stop on the Chula Vista food crawl was Pozoleria Dona Maria.

Thick crunchy tostada chips were served while we waited for our food. I love crunching on these. 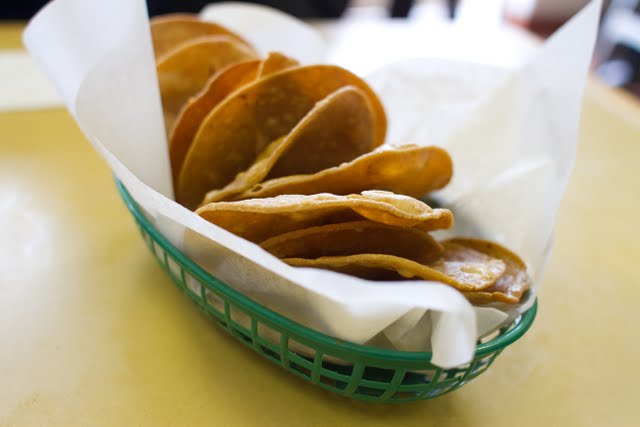 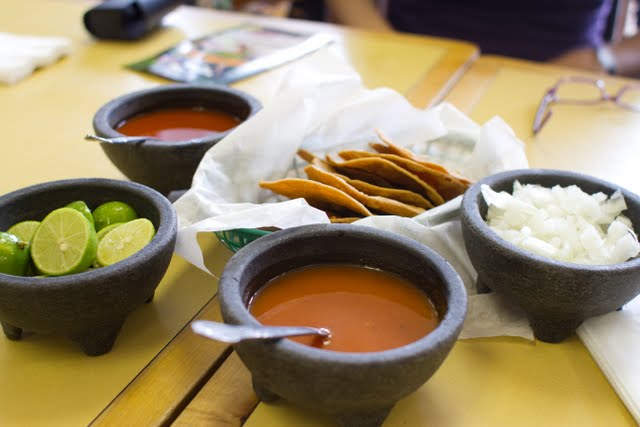 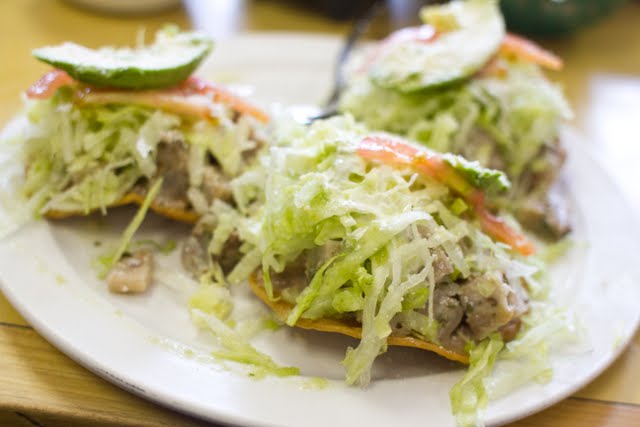 Pink Candles at Ridgemont High wanted to try this, which is basically jellied cubes of chopped pork foot served on crunchy tostada chips. I think we all had mixed reactions, some liking it and some not. I’ve eaten pigs’ feet  before, as it’s a common chinese dish but I’ve never been particularly fond of it, whereas my siblings love it. I thought I might prefer it more chopped up but felt the taste too strong. I only managed to eat about three cubes. 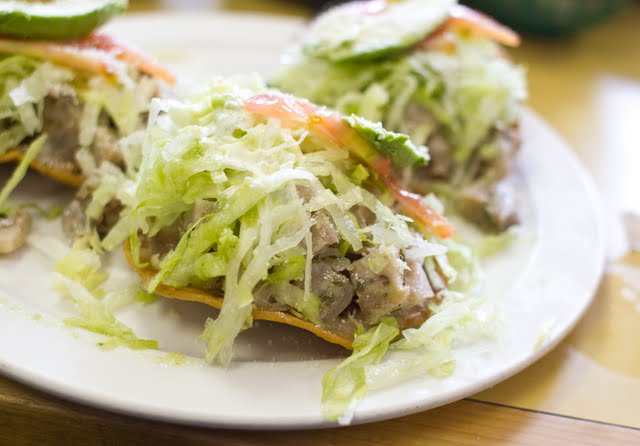 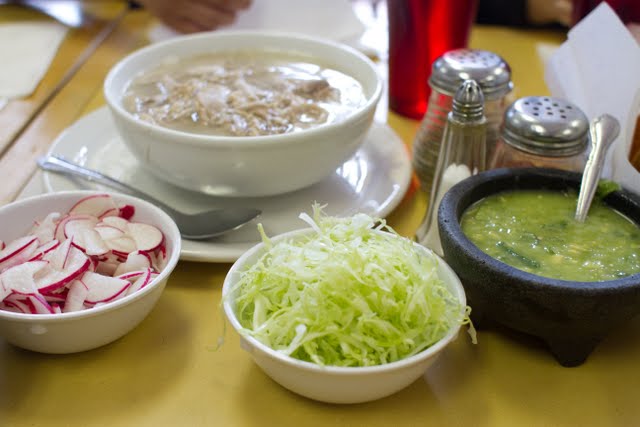 Pozole is a meat and hominy stew, something I’ve never had until now. It was accompanied with some sauces, avocado, radish slices and shredded cabbage. 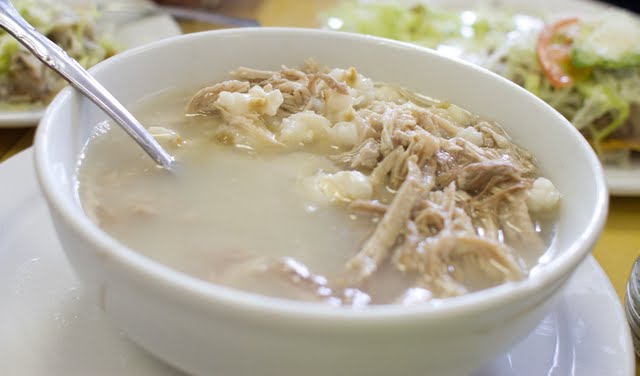 The soup broth was quite light and tasted purely of pork. Adding all the sides helped the flavor. I really enjoyed it, especially the hominy.

After this, unfortunately FH and I had to head out early so we weren’t able to stop at all the other yummy places that were planned for the food crawl. You can read CC’s recap of our visit here.