These pumpkin brownies are a sweet fall treat. Brownie batter is swirled with pumpkin cream cheese to create a marbled brownie that is spiced with fall spices. 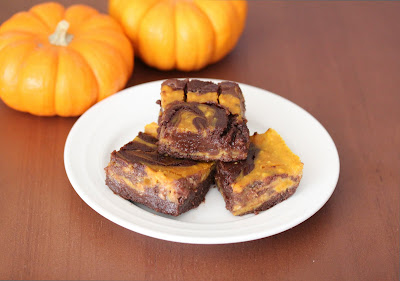 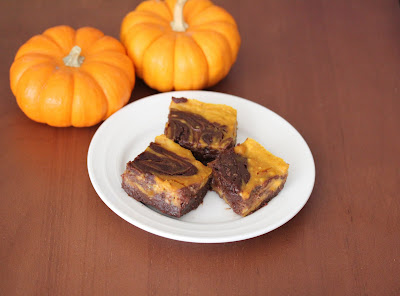 Pumpkin puree actually has a mild flavor and when people think of pumpkin desserts it’s usually the spices that evoke that feeling of fall. The pumpkin swirl in these brownies is made with pumpkin puree and cream cheese that’s spiced with cinnamon, nutmeg, and cloves which give the brownies their “fall” flavor. The cream cheese adds creaminess and subtle tangy flavor, too.

I made these pumpkin swirl brownies from scratch instead of using a mix like I’ve done with other cream cheese swirled brownies. The brownies have a fudgy texture. Because of the pumpkin swirl, they’re not as chewy as other brownies I’ve made but I love the flavor of the warm pumpkin spices with the rich chocolate brownie. 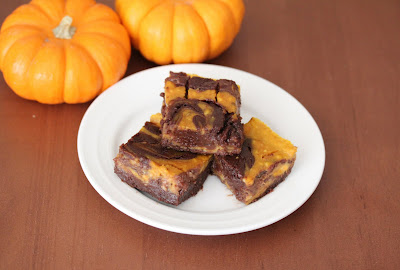 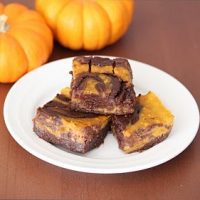 Did you make this recipe?I'd love to see it! Mention @KirbieCravings and tag #kirbiecravings!
Posted in: Brownies, Cakes, Pumpkin, Recipes
4 Comments // Leave a Comment »