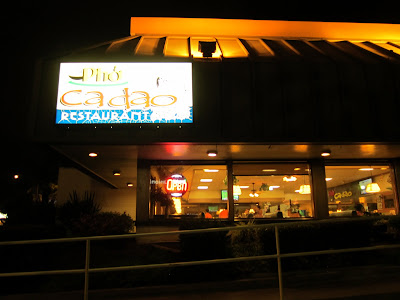 After my visit to Pho Cow Cali, a couple of people told me about Pho Ca Dao, which is nearby and just as popular.  I finally got a chance to go check it out.

The first thing I noticed was that this place is a lot more friendly for people not used to pho. For example, the menu introduces people to pho, explaining all the ingredients, things to add in, take out, etc. 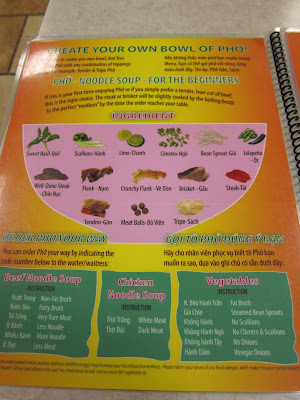 Here is the rest of the menu. Or parts of it. I somehow forgot some pages:

Little kids dining here can get helium balloons to take home. The service is also really good. Our waters were constantly refilled. I mean constantly. I don’t think I ever drank more than two sips before my water was refilled.

We ordered the eggrolls. The eggrolls were crispy and had a good flavor, though I like the ones at Pho Cow Cali better. I did like how they added pickled daikon and carrots. 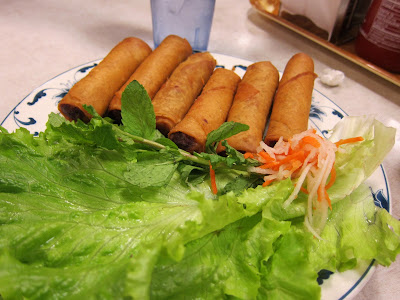 I thought about trying something different, but ended up ordering my usual, #15, which has rare steak and tripe. 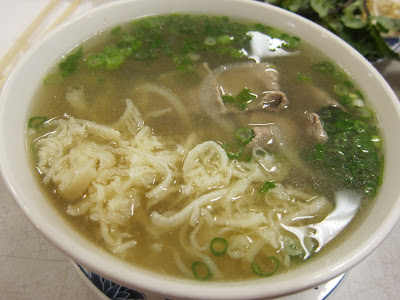 My steak was overcooked. It was already cooked when it reached the table. I also thought the quantity was smaller than most of the pho places I’ve been to. The broth was also a little on the salty side. 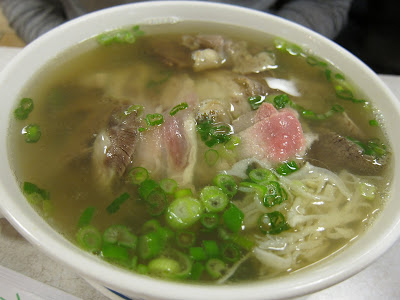 Little Bro’s gf originally order bun mang vit which is a duck bamboo soup. The waitress wasn’t sure she would like it and brought out a sample for her to try. The sample was pretty big.  I really enjoyed it but I know why others might not. It uses a bamboo that has a  stinky odor, which is often part of a lot of chinese dishes, though I can see people who are not used to it not liking it.  Perhaps next time I’ll try that dish instead.

BF decided to try a broken rice dish. We both thought everything was too salty. 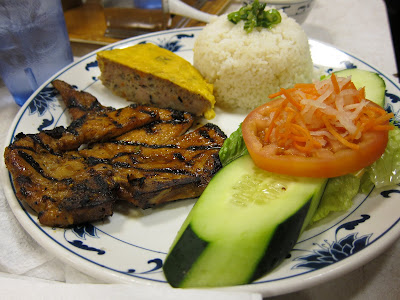 I think this is the pho bo kho, which is a spicy beef stew pho. 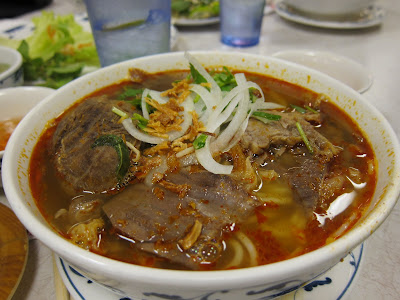 While I liked the service here, I preferred the food at pho cow cali.