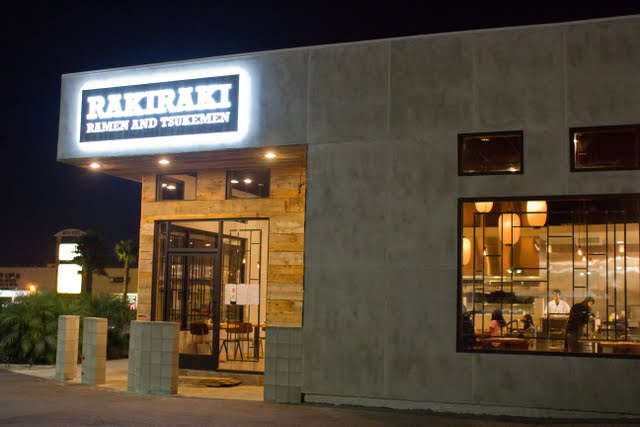 RakiRaki, a new ramen place, recently had its soft opening.

It’s located in the plaza with the horrible parking that also houses restaurants like Red Moon, Tapioca Express and Tofu House.

According to the menu, the restaurant is part of a chain of ramen restaurants from the JYOSUI Group in Nagoya under Chef Takeo Araki. None of that meant anything to me really, though the one thing on the bio that caught my attention was that they use alkaline water to make the soup as well as serving it to customers. 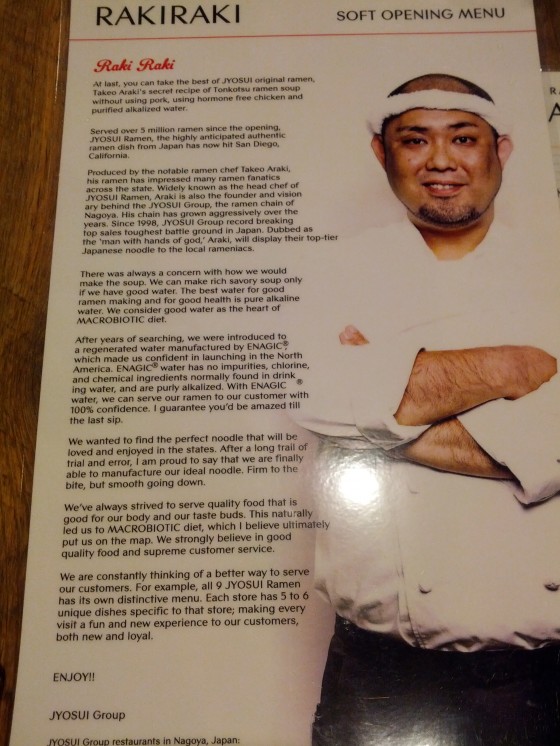 As you may recall, I first noticed the RakiRaki sign while driving home from Apple Korean House. When I took a peek inside, it looked under construction. But Faye emailed me to let me know that it would be opening September 26. So two days later, I was there to check it out. In fact, I was so curious to check it out that we actually came here after dinner. I guess this was like a late night snack? The interior still has some work to be done and the grand opening will be October 25, but they are currently open for dinner with a limited menu. 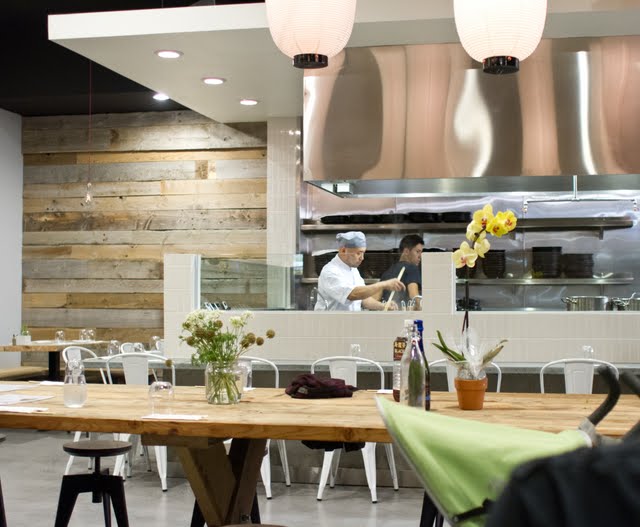 Inside, there are seats at the bar, a communal table in the middle, along with smaller tables around the edges of the restaurant.

Right away we were impressed with the service. Usually the service is pretty spotty and inconsistent when a restaurant first opens. While there was a little bit of a lack of coordination here, all the staff were very attentive. Each one of them came over several times to check on us, ask us if we had any questions. Even when we got our check at the end, they told us to stay as long as we wished. 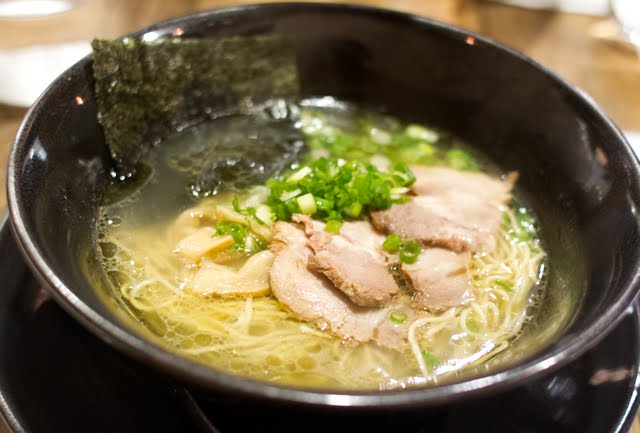 I debated between the original, which is their signature ramen, or the premium which is supposed to be richer. I was afraid the premium might be too salty so I opted to try the original. The ramen here is actually made with chicken broth. I really liked the large bowls that the ramen came in, including a plate underneath the bowl as well. 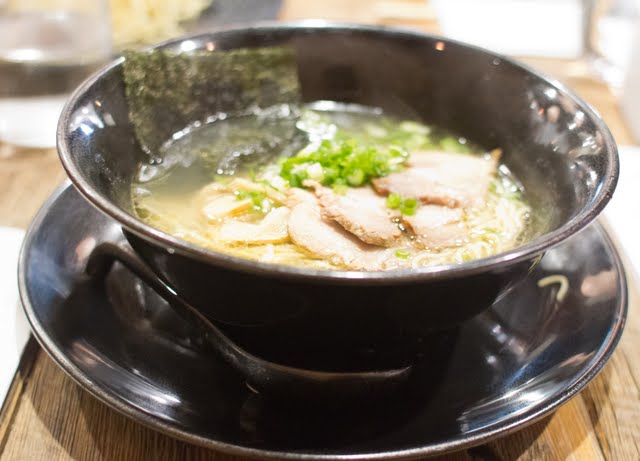 I found the ramen soup to be a tad too salty for my taste. Also the broth flavor was quite light. I couldn’t really taste much beyond a hint of chicken broth and water.

The noodles were served al dente, still a tiny bit hard, just how I like them. One thing I noticed is that they offer oxtail as an additional topping. I will have to try that next time. I did really enjoy the chashu though. Light, tender, not too fatty. 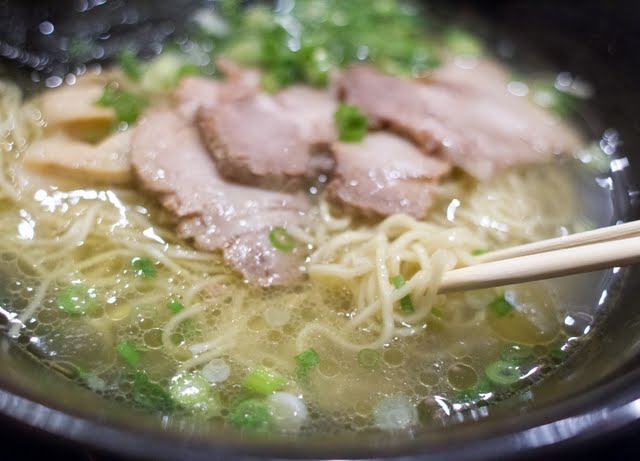 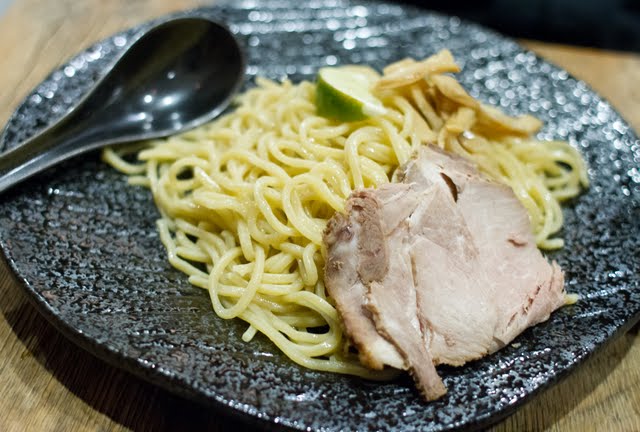 DH agreed to order this because I was really curious. I’ve been wanting to try tsukemen after hearing about Tsujita in LA from some friends.  It’s a dipping ramen where the noodles are served dry and then you dip the noodles into a sauce. 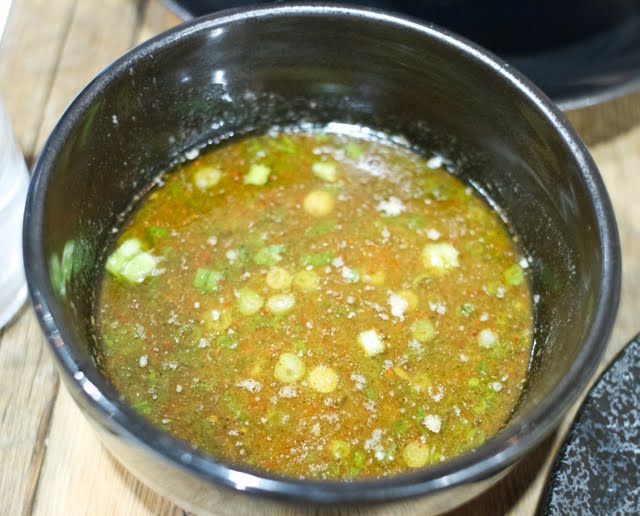 The noodles were thick and chewy. We both really enjoyed this one though neither of us have had tsukemen previously so we didn’t have much of a comparison point. We liked the flavor of the sauce. For some reason though, once it got cold, suddenly the sauce got very salty whereas it hadn’t been too salty when it was warm. So I guess, eat this fast, while it’s warm.

Every table was given a bottle of alkaline water. I always think it’s funny that after you learn about something, you start noticing it popping up in your life. Earlier that day, we had gone to Whole Foods to purchase some alkaline water which I needed for my mooncake recipe. DH and I had a whole discussion on alkaline water and its benefits and then here we were hours later, at a restaurant serving alkaline water. 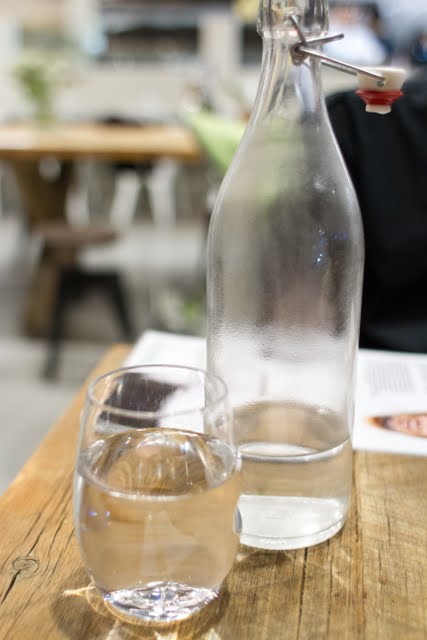 Interestingly, RakiRaki is also connected with a crepe place. It didn’t quite seem to fit with the image of RakiRaki, especially with the bright neon pink sign. We didn’t have room to try the crepes. Maybe next time. 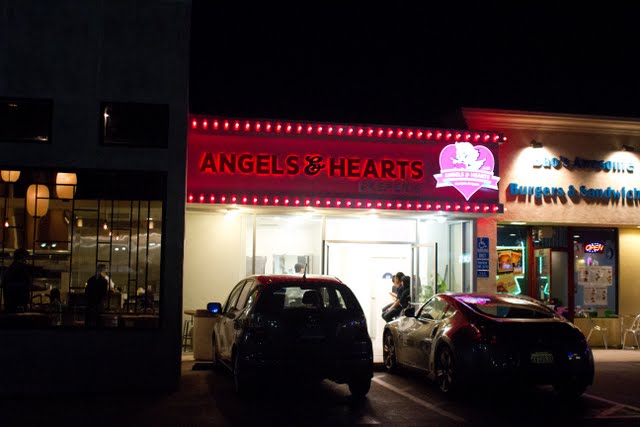 Even though I wasn’t impressed with the original ramen, I enjoyed the tsukemen and would be curious to try this place again, especially once it is fully open. I really liked the service here. Having had quite a few ramen stops this last month, this was by far the best service we’d received. I am curious on how popular this place will get. It’s already located in what I think is the worst parking lot in San Diego. If this place gets very popular, the parking will only get more nightmarish.

The restaurant’s grand opening is October 25. Until then they are only serving dinner. I was going to ask them their hours, but I forgot and it’s not posted anywhere. I believe they are open late at least on weekends because we left around 10 and they seemed to still be open.

You can check out Ramen expert Dennis’ post here. 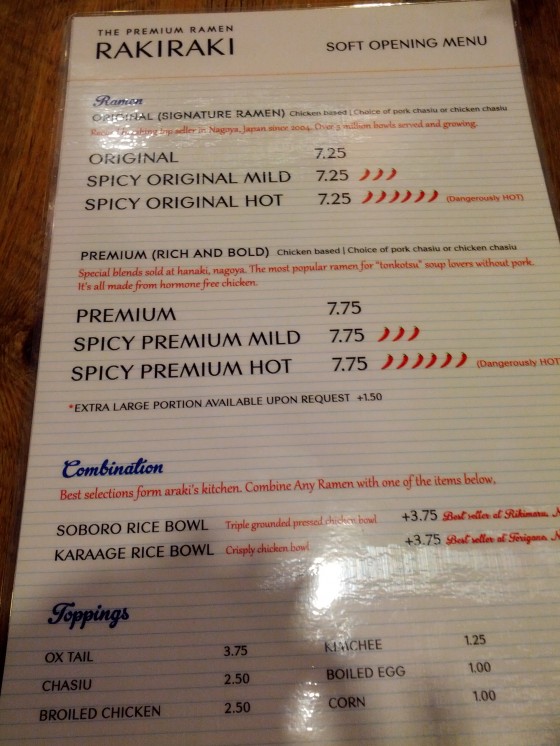 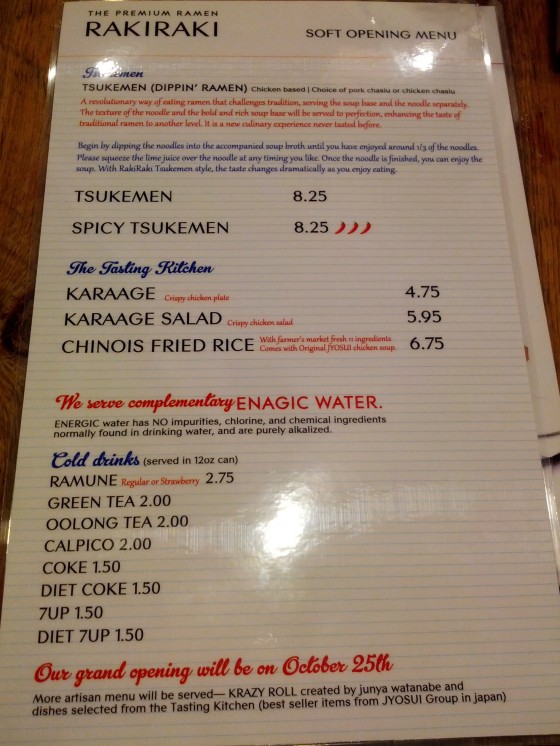