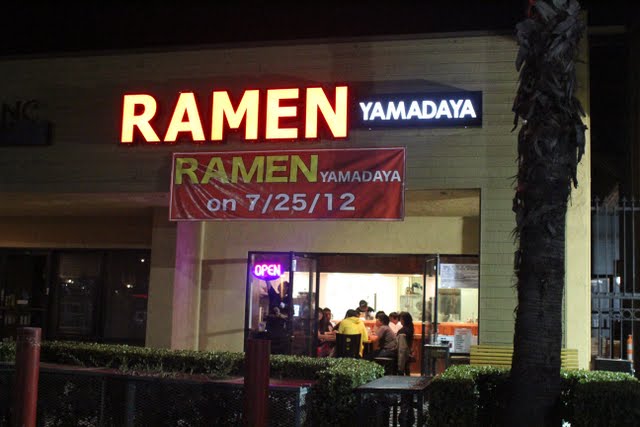 Ramen Yamadaya, a popular ramen chain from Los Angeles, recently opened a location in San Diego. I always get excited when LA places finally make their way down to San Diego, so I couldn’t wait more than a few days to check it out.

I’ve actually never been to the LA locations, but have heard good things from friends. I’ve mentioned this a few times before, but my ramen knowledge is pretty limited. For a better coverage of Ramen Yamadaya, head over to A Radiused Corner. 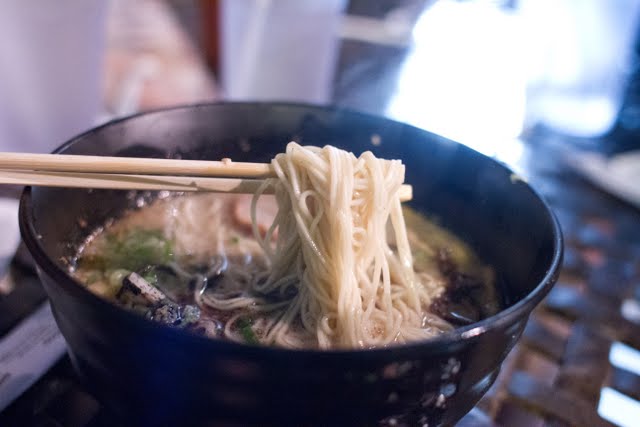 The location (nearby Little Sheep) is quite small. We had a party of six and rather than push a few tables together, they decided to seat us outside on the patio which was  unfurnished except for two Samuel Adams picnic tables. I hope they spruce up this outside seating in the future because it felt dark and separated, like I was just sitting at some free picnic table in a public park. It also made picture taking quite difficult since the patio was only lit by the plaza lights. 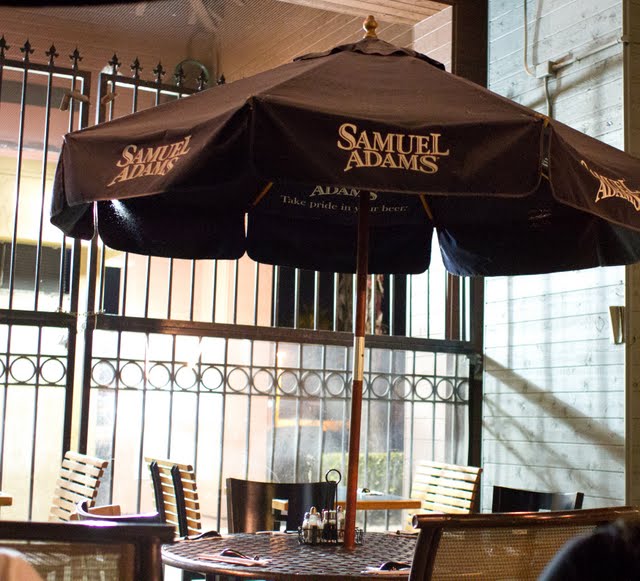 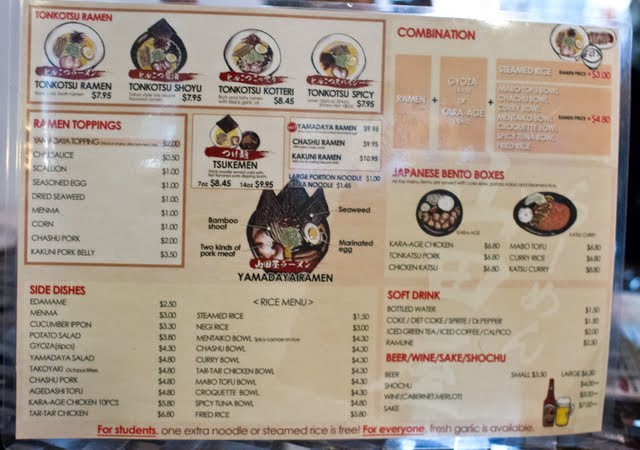 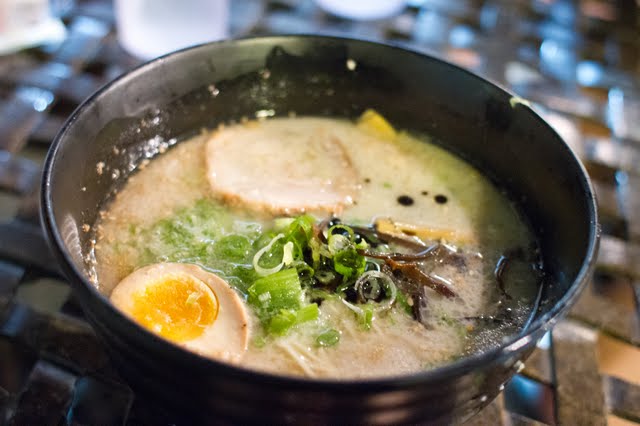 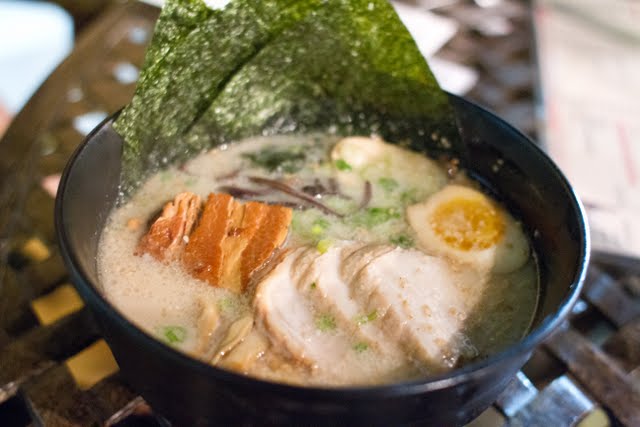 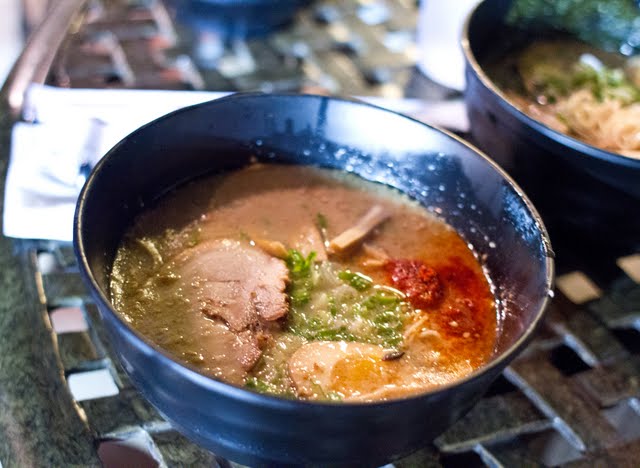 I had the Tonkotsu Kotteri and some of DH’s Yamadaya Ramen. The broths were very rich and creamy which I loved. I did find mine a tad too salty though. There were some inconsistencies evidenced in our bowls, something I’m hoping can be chalked up to grand opening kinks. For instance, my noodles were cooked too soft. I was musing that I should have asked for firmer noodles and then I tasted my brothers noodles which were just the right firmness I had been expecting. Brother’s shoyu broth also was much more watered down compared to some of the others. And DH’s Yamadaya Ramen broth wasn’t as piping hot as I would have liked.

While there are still some kinks, I’m excited that Ramen Yamadaya has opened in San Diego, and I’ll be back again once they’ve had a chance to settle in.