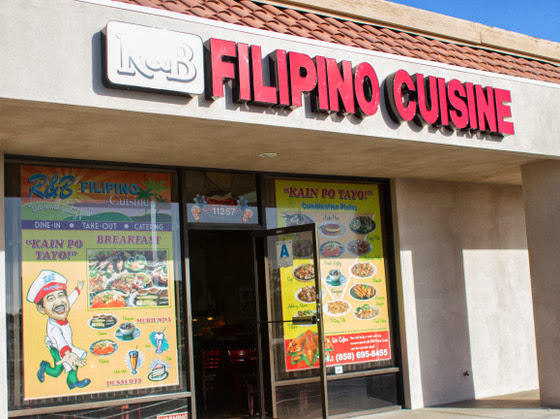 R & B has been on my “to do” list as I’ve been wanting to find a new go-to fast food Filipino restaurant in San Diego. We previously used to frequent Manila Fast Food, but after several ownership changes, we found the food to be too salty and stopped visiting. 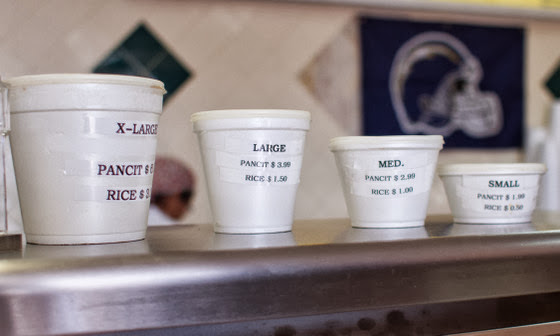 We came in the late afternoon which may not have been the ideal time to come. It just so happened we were passing by and I remembered I wanted to try it, so we went in to pick up some food for dinner. 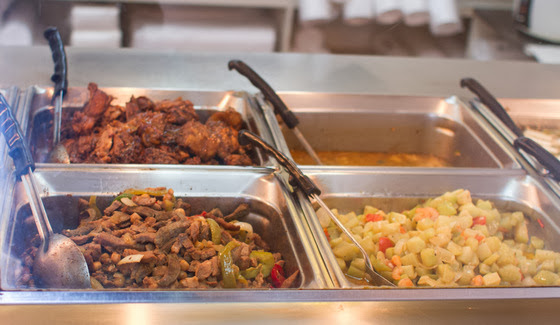 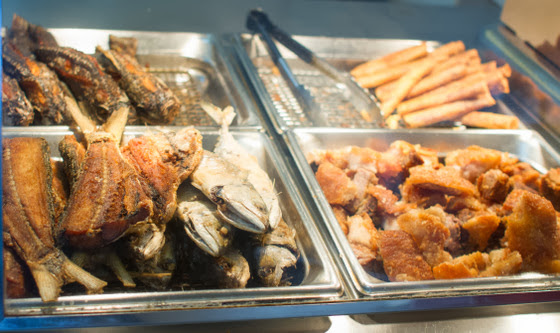 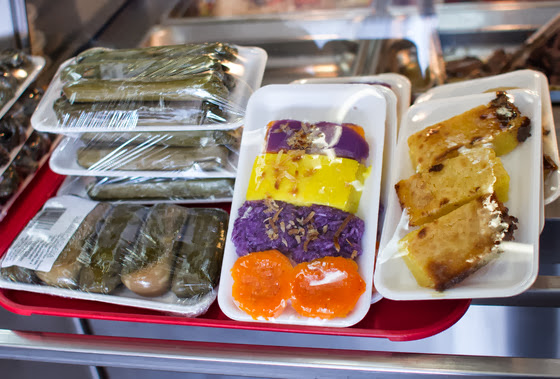 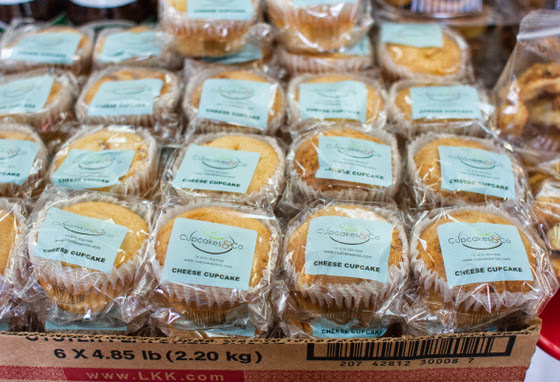 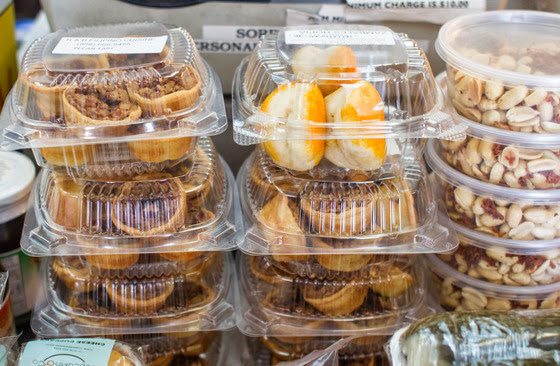 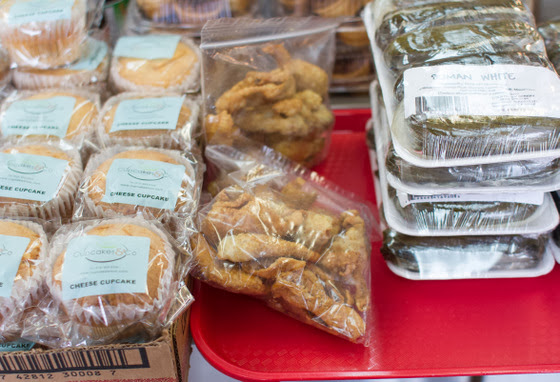 Let’s start with the good:

We got nine lumpia. Only 5 survived the ride home for photos. I was happy to see these were longer in length than the ones usually available at Filipino places and these were quite crunchy and not too salty. 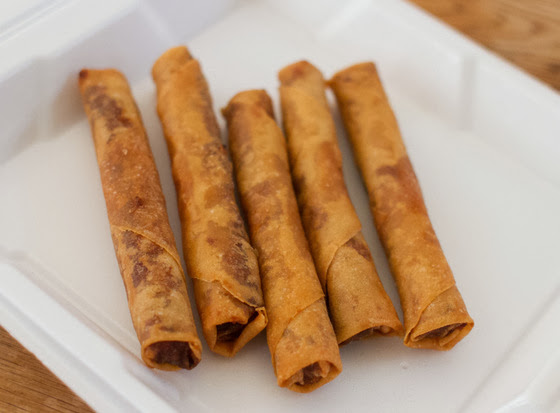 The chicken skins were pretty good too, though I wish they had added some seasoning. 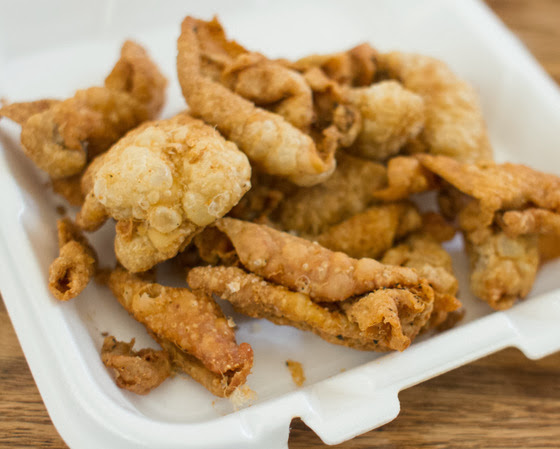 I also enjoyed the desserts. My favorites are still anything with purple. 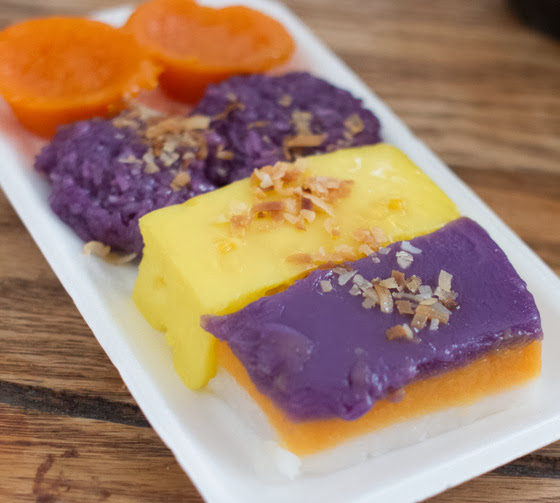 Now onto the bad:

We order a 2 item combo. I love the generous portions at most of the fast food Filipino places I’ve been to in the area. Instead of just stuffing the two items into the box, they usually pack the box with starch and then put the other two items into separate containers.

Instead of rice, we asked for pancit, which you can do for $1 extra. 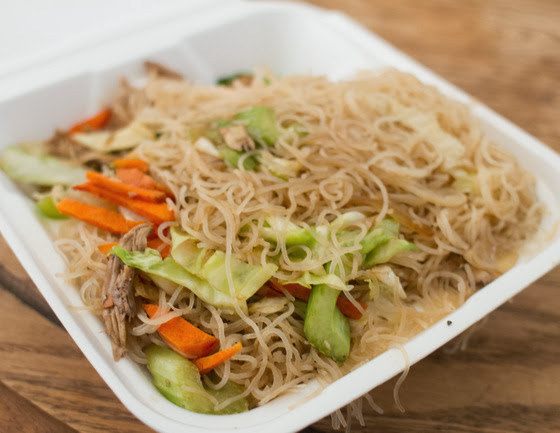 I was happy with the pancit portions but found it to be underseasoned and quite dry. I do wonder if this was a result of it sitting out on the steam trays too long. This was the first time I didn’t have the desire to scarf down the whole plate.

For our two items, we chose chicken adobo and lechon kawali 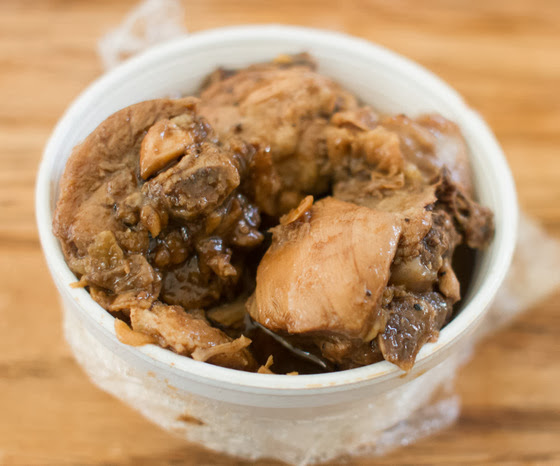 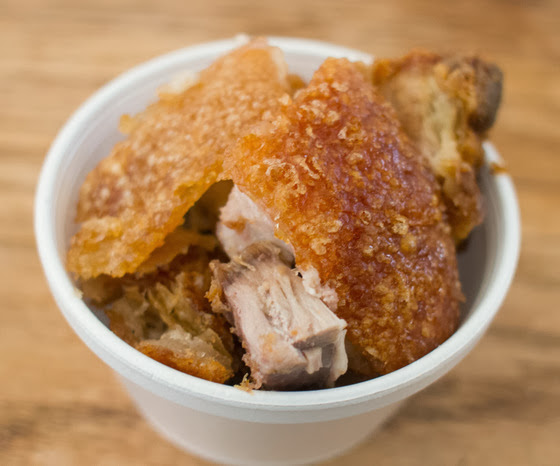 The chicken had too much vinegar for our liking. The lechon was extremely oily and the skin and fat didn’t have the crispness and chew that I look forward to lechon kawali. Both items were pretty disappointing.

Here was some complimentary broth, which was also quite oily: 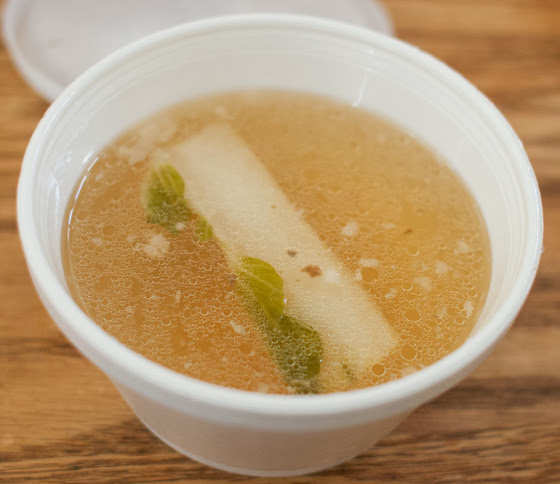 While there were a few highlights, most of the meal was disappointing. I’m not sure if we just came at a bad hour since it was so late in the afternoon, but I don’t think this will be one we will be frequenting often. Perhaps I’ll just have to wait for the next gathering of Mr. K’s family for me to get my fix.

I first learned of R&B from mmm-yoso, where Kirk has done a few posts. You can read his more recent visit here.