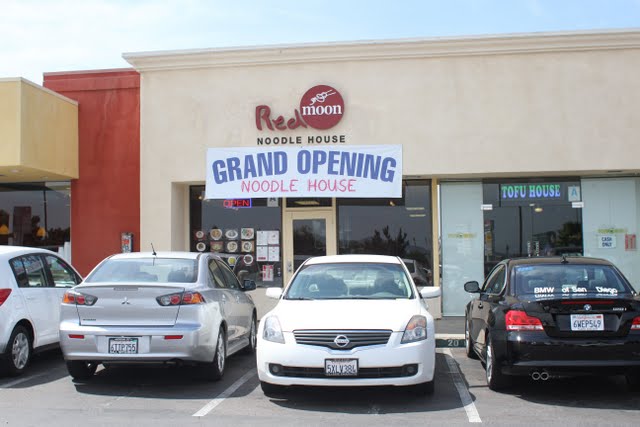 Red Moon Noodle House recently opened on Convoy Street, in the same plaza as Tapioca Express, Tofu House, Crab Hut, etc. I like to think of the plaza as one of the worst parking plazas in San Diego.

I had glanced at the menu in passing previously and was a little confused by their offerings. There were some Chinese dishes, Thai dishes, Japanese dishes. We were in the area the other day running errands and decided to stop by.

The small cafe is a small operation, with the Chinese owners doing most of the cooking. The front of the restaurant is run by a cheerful young woman who checked up on us often. 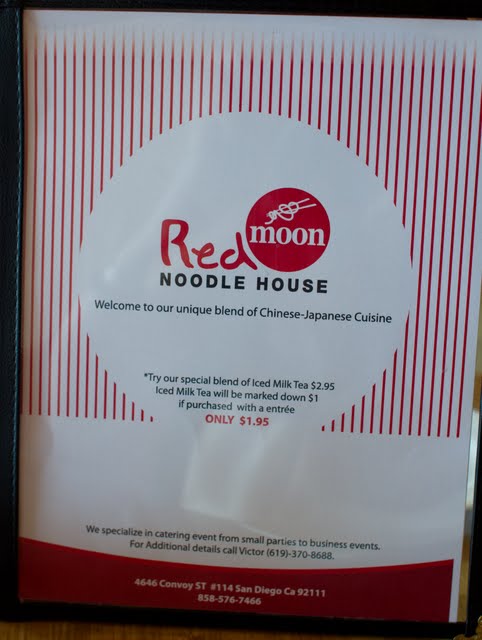 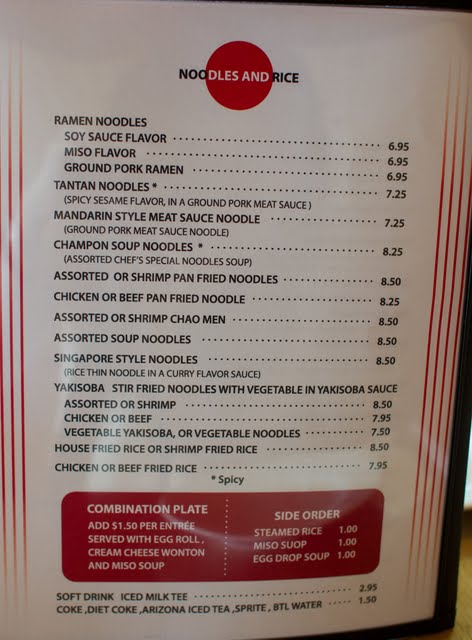 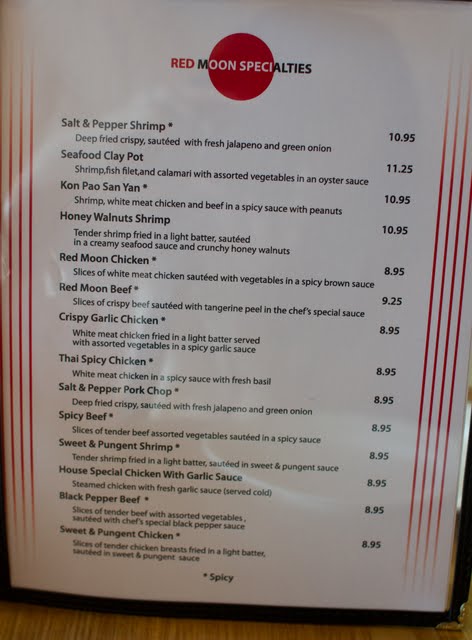 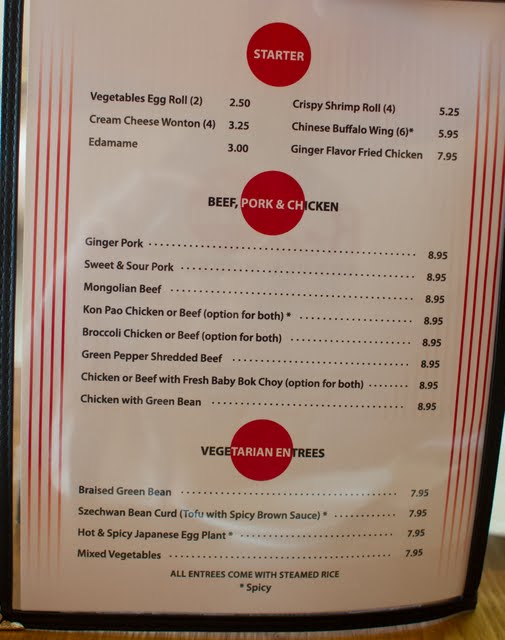 The menu is pretty limited and each entree comes with rice. There weren’t really any options for a family sharing style meal which Chinese restaurant usually offer. I used yelp as a reference for some recommendations. 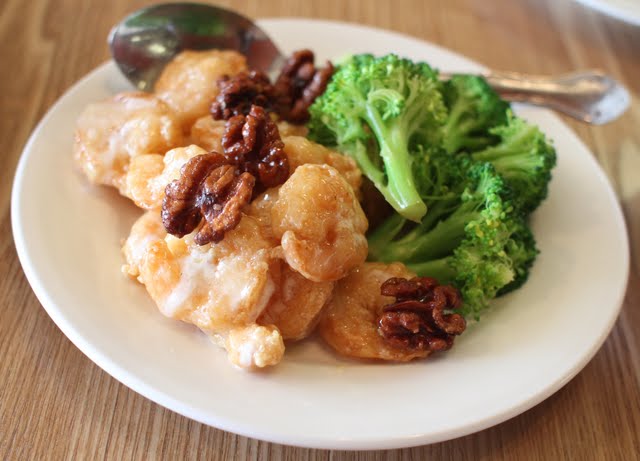 The portions here were more like individual entree portions rather than large Chinese plate portions meant to be shared. I was a little disappointed with the portion size. The mayonnaise on the shrimp was a little bit on the watery side. 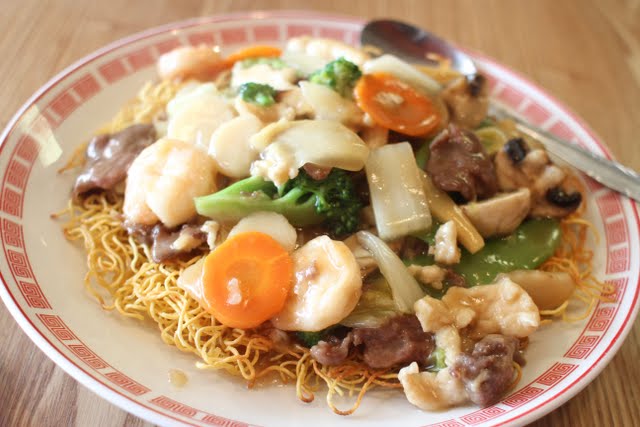 This dish was much better. DH loves this dish and is constantly looking for a good version. This was pretty good.

Overall, the items we ate had  a very home-style feel. They seemed more like the quality level of dishes you’d eat while at someone’s house rather than restaurant quality. That being said, it’s not bad either. It’s somewhere I’d go back for a quick bite, but not necessarily somewhere I’d take friends or if I wanted a big meal.

The service was very nice and attentive though so hopefully this place will attract enough foot traffic to stay in business.  I also would like to see the menu expand.