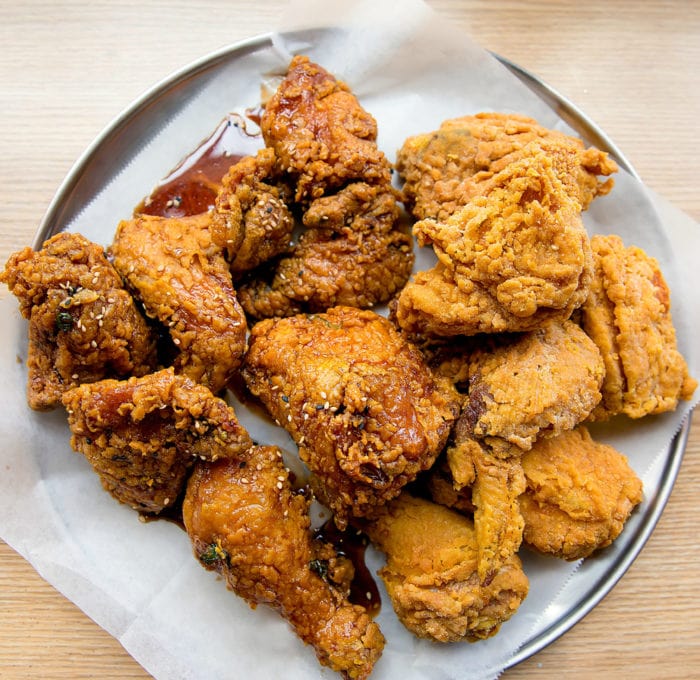 The restaurant is currently in soft opening phase. The menu is quite extensive with several variations of their fried chicken to choose from along with roasted and baked chicken options too. 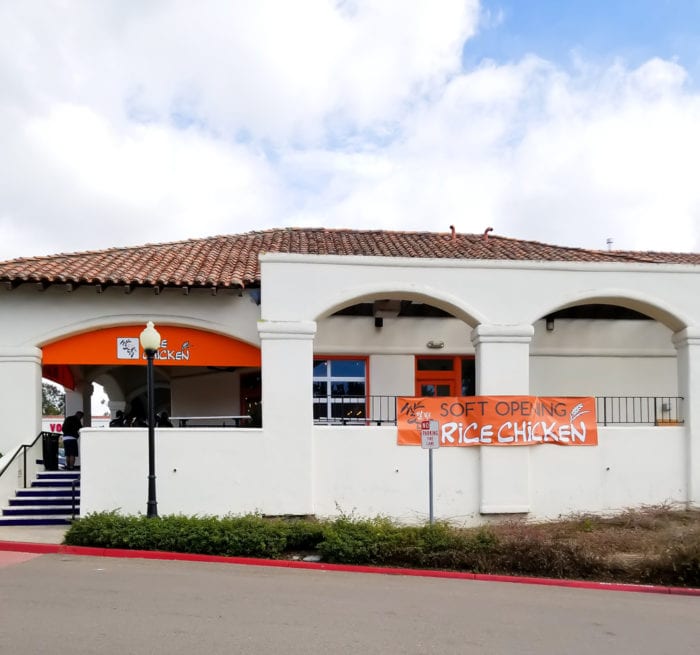 The restaurant wasn’t too busy when we visited, but the wait for the food was fairly long. I do think they should be telling customers the expected wait time because we waited about 40 minutes for our food to arrive. There were a few customers that actually left out of frustration.

WHAT IS KOREAN FRIED CHICKEN?

Rice Chicken distinguishes itself from the typical KFC restaurant because they use rice flour for their chicken coating, creating an extra light and crispy exterior. What they don’t mention on their menu is that their rice flour batter is spicy, so even if you order original, your chicken will be spicy. Because the rice flour batter is pre-made, there is no way to customize it to not be spicy. We were not made aware that the batter would be spicy until after our food came out and the owner mentioned that she hoped we could handle spice.

I loved the spice but I do think it is something they need to warn customers about before they order. I don’t think a lot of kids would be able to handle the spice and some adults as well.

As you may recall, I previously tried gluten free korean fried chicken from Furaido and while I really enjoyed the crunch, I felt the batter was very dry and bland. This was not an issue here. 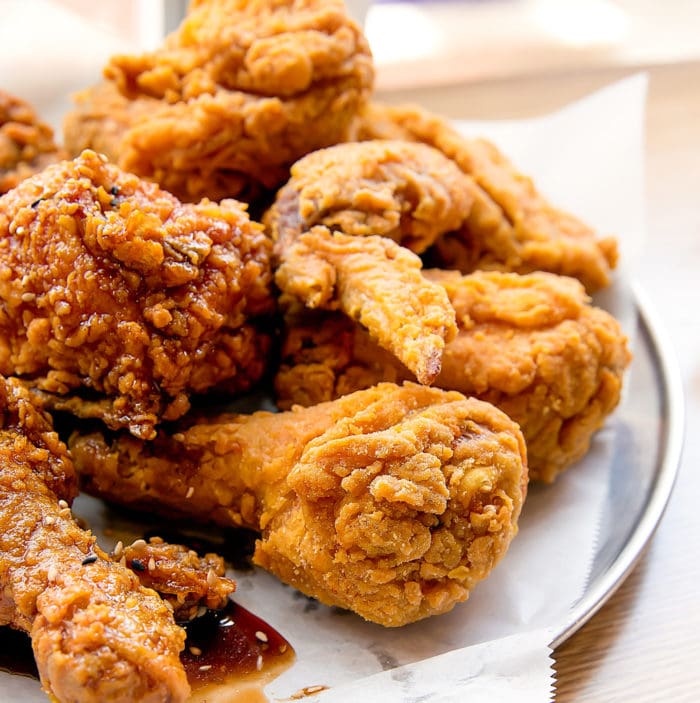 The chicken coating was very light and crunchy, with all the fat properly rendered off of the skin. I found the spices in the original batter were flavorful enough that the chicken didn’t need anything else. I usually prefer plain fried chicken, so I really enjoyed this.

The meat was also still very juicy on all the pieces of chicken. 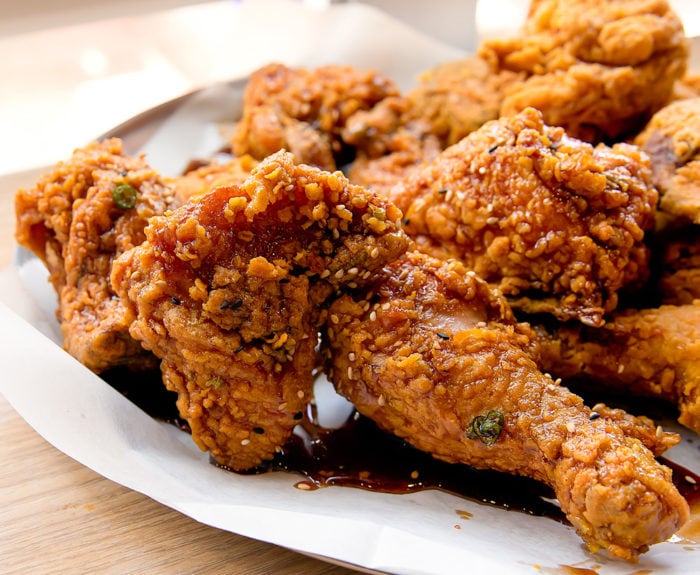 I also liked the spicy marinated version. It was a very light layer of soy marinade that still left the chicken skin very crispy. 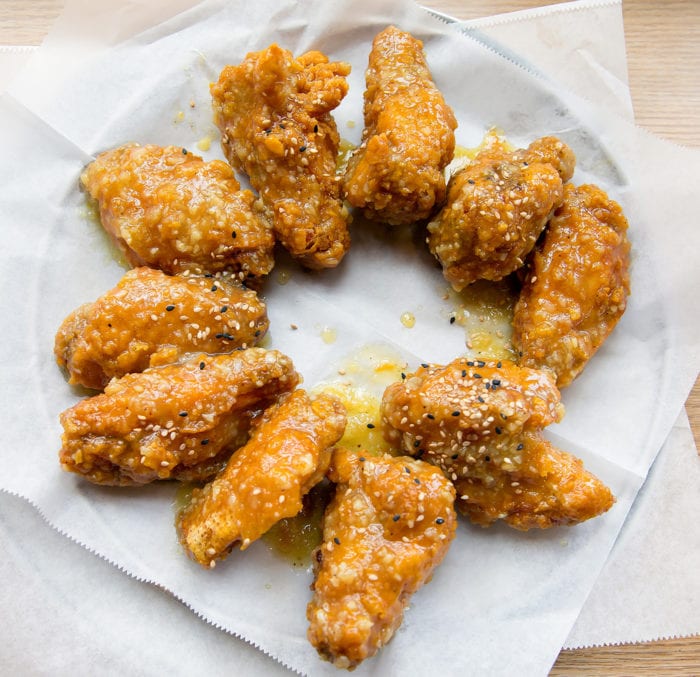 Because we usually prefer wings for Korean fried chicken, we also decided to try a wings only plate. I wasn’t as much of a fan of this sauce. The sauce was very thick and there was too much of it. The sauce softened the chicken coating so it wasn’t nearly as crunchy and the abundance of sauce coating the chicken made these wings difficult to eat.

Overall, we really enjoyed the fried chicken we had here. Up until now, my favorite Korean fried chicken spot in San Diego has been Bonchon. But I think I might enjoy Rice Chicken just as much or possibly a little more because of the flavors offered. I really love the spiced batter and we will definitely be back for more. 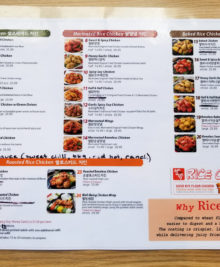 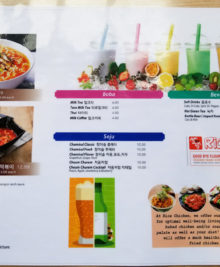