Robeks New Smoothie Bowls and my experience with Wheatgrass 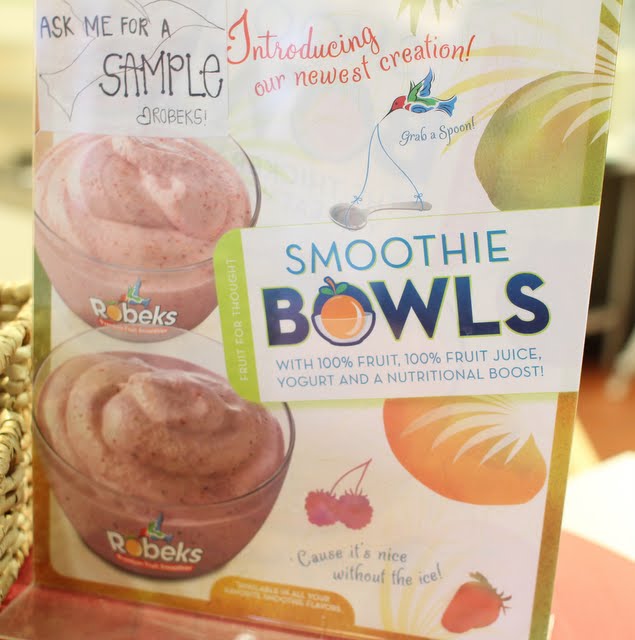 Robeks is a franchise that specializes in juices and smoothies. In September, Robeks launched smoothie bowls, created by Dennis Sato, who is actually right here in San Diego, owning the Mira Mesa location. I got a chance to meet him in his store and talk about his creation. Smoothie bowls take the flavors and ingredients from Robeks’ smoothie drinks and turn them into a creamy, cold frozen yogurt-like treat. It sounds pretty simple, but the taste is quite amazing. 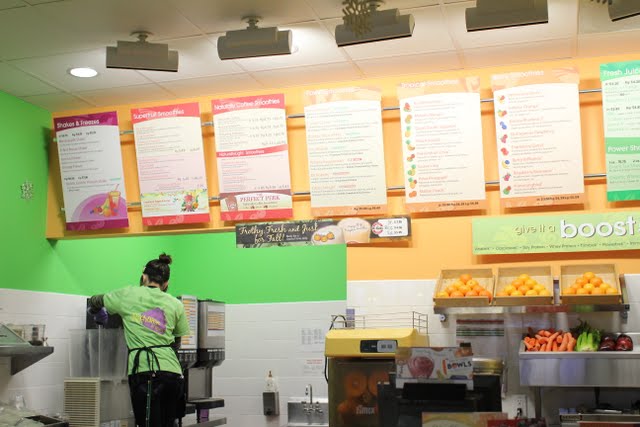 Dennis was going into his store one cold winter day when he saw a lot of customers hanging out at a frozen yogurt shop nearby. The cold weather usually slows down business at his smoothie store, so he was curious to note that people would still gather for frozen yogurt on a cold day. Then right after, he happened to come across an article in the Wall Street Journal entitled “The Science Behind Why We Love Ice Cream,” which talked about why people crave the creamy sensation of ice cream products. 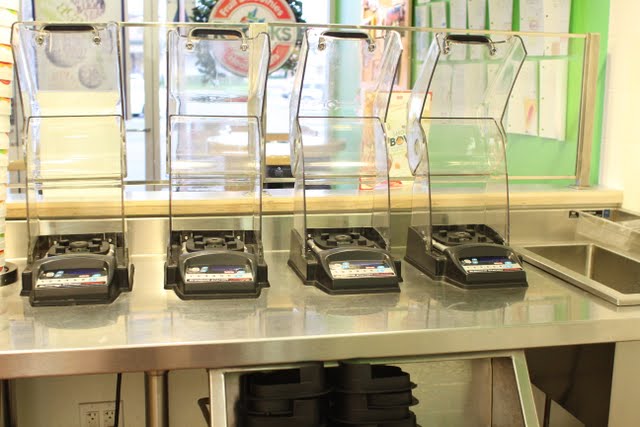 From there, he got to experimenting, and came up with the smoothie bowl. The smoothie bowl uses all the ingredients used in the smoothies but with a special formula. First, Dennis had me try a basic smoothie. I chose a mahalo mango. The smoothies here are made with juices and flash frozen fruit. The drink was tasty but basically just tasted like a smoothie. Nothing really special. 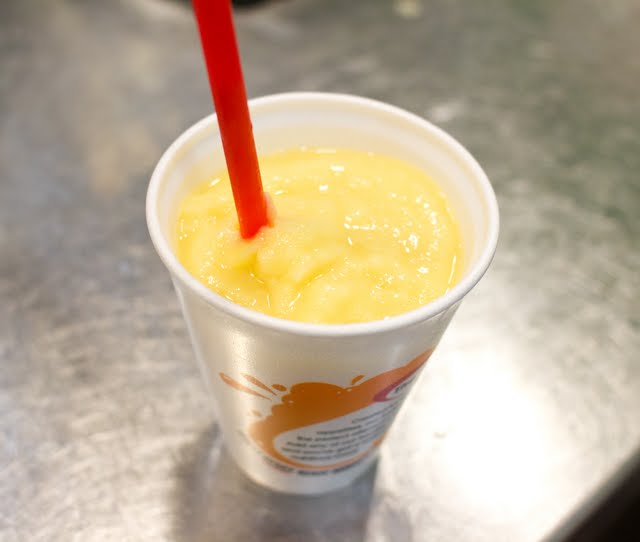 Next he created a smoothie bowl with the same flavors. One bite and I was in love. It was all the flavors of the smoothie but intensified. I enjoyed it so much more than the smoothie. I’m a big lover of frozen yogurt to begin with, but what I really loved about this was the natural fruit taste as opposed to the very artificial flavors used at frozen yogurt shops. The creamy texture was very enjoyable as well and there were still little bits of mango inside too. 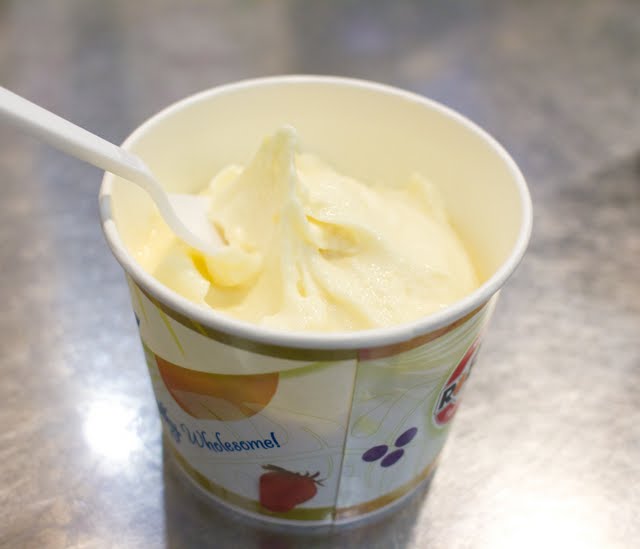 Because the smoothie bowls here are actually made in the smoothie blender and not a churning machine and they don’t use additional additives, you won’t have the thicker texture and swirls of frozen yogurt. The appearance is actually a little underwhelming, but the taste definitely is not. It’s a little more liquidy than frozen yogurt but it’s very tasty. And it’s actually lower in calories than most of the smoothie drinks.

One of the key ingredients to the taste for me is the use of the frozen yogurt. Most of the smoothie drinks contain a scoop of Robeks’ sherberts or frozen yogurts. Dennis had me taste the yogurt and sherbets by themselves and I loved them. They have a creamy, ice-cream like texture. My favorite one was the original frozen yogurt. It was both tart and sweet and creamy. It was so good that I would actually buy a container of it if they ever decide to market and sell the product in store (something I hope they’ll consider). The smoothie bowl contains a few scoops of that frozen yogurt, which enhances the fruit flavors and creates the cold, creamy, thick texture of the smoothie bowl. 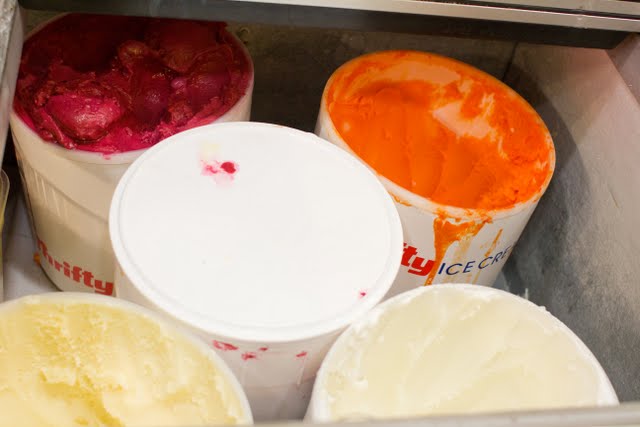 In addition, you can add some healthy toppings. I sampled some granola on mine that was large and chunky and crunchy. It was good, but I actually preferred the smoothie bowl by itself. 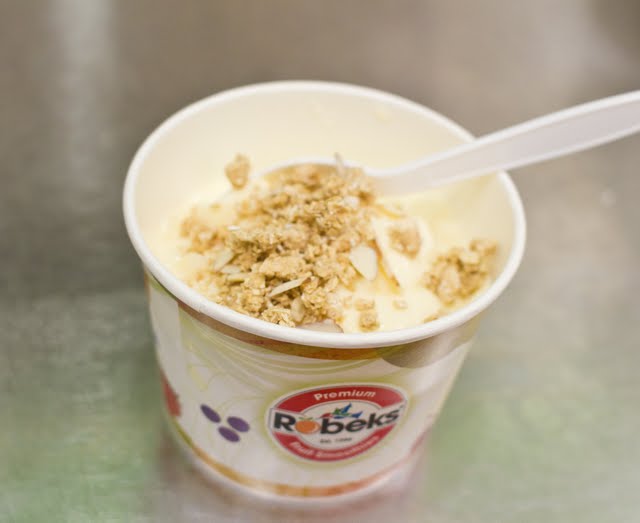 After the mango, we tried another flavor. I was very curious to try some of the superfruits. I’m a big fan of superfruits and I learned during my tour that Robeks was actually the first to introduce the flavors of acai and pomegranate smoothies. They recently introduced two more superfruits also from Brazil, Cupuacu and caja, which I had never heard of but was definitely interested in trying. 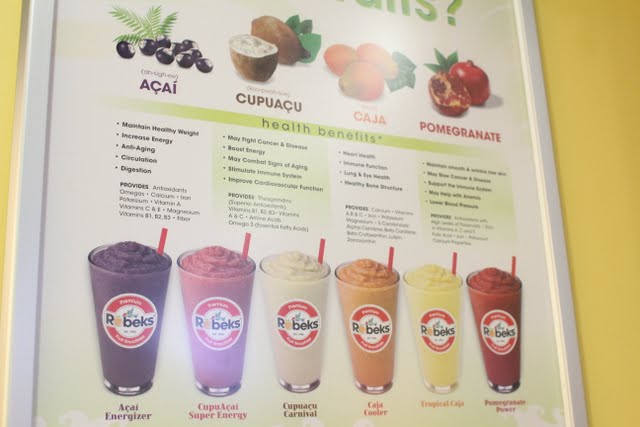 So next we tried the cupuacai. This was a little more tart because of the fruits used but still very enjoyable. 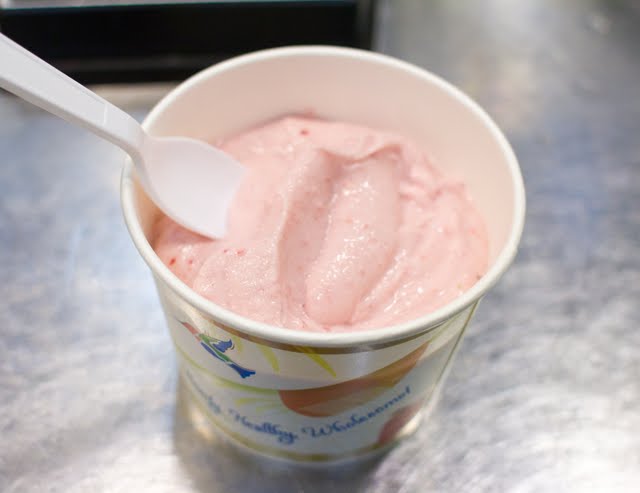 With over forty different smoothie flavors on the menu, you end up having over forty options for smoothie bowls, which is a lot more than at your typical fro-yo spot. You can also add the nutritional boosters just like you would in a smoothie. So you end up with a treat that is both delicious and healthy. Before I left, Dennis insisted I try out a shot of organic wheatgrass, also offered in-store, which I’ve never tried. I had to confess, I was a little wary of tasting wheatgrass after hearing such bad things about the taste. He offered me a slice of orange to chase it down with. Dennis pointed out that one shot of wheatgrass is the equivalent of eating 2.5 pounds of vegetables! I had no idea. 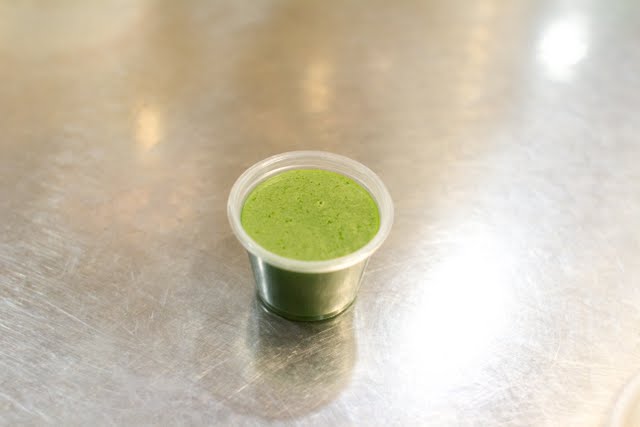 I took my gulp….and was surprised. It wasn’t nearly as bad as I thought. It tasted like grass, with an aftertaste that is sweet, like an artificial sweetener. With all the health benefits offered in that one shot, I think it’s worth it. 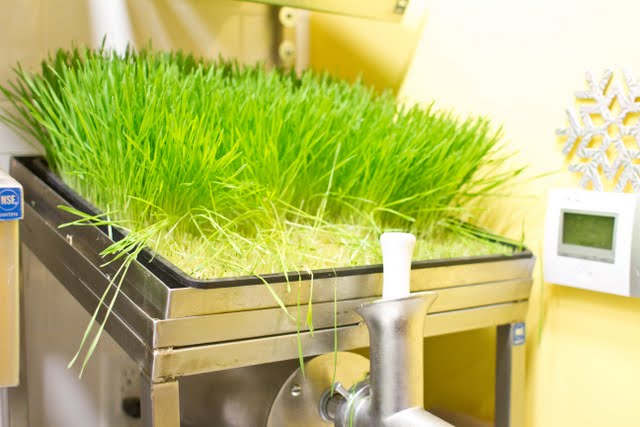 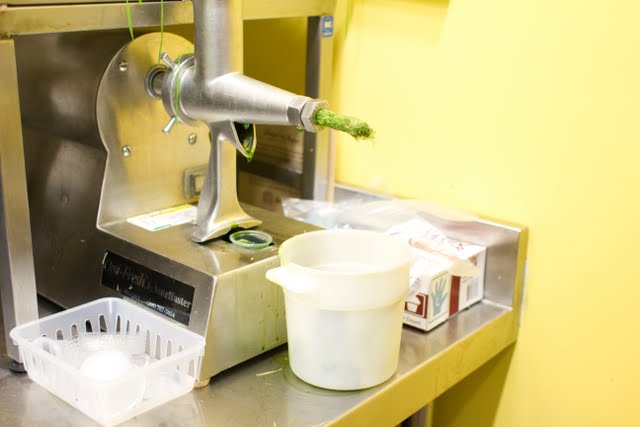 Before leaving, Dennis thoughtfully gave me a bag of goodies, including some of the muffins and cookies offered in the stores. I was surprised to find out how tasty they were. My chocolate muffin tasted a lot like the ones from Costco bakery. And the vegan lemon cookie was soft and chewy and didn’t even taste vegan.

I had a lot of fun meeting Dennis and getting a tour of his store. I’m not much of a smoothie drinker but I will definitely come back for the smoothie bowls. The smoothie bowls currently cost $3.99 and are offered at all Robeks locations nation-wide. You can view their website here.