Update: The giveaway portion is now closed and a winner has been chosen. Congratulations to #4 Jess!

Recently FH and I were invited to dine at Royal India in downtown San Diego. We’ve visited several times, but usually for their weekend lunch buffet. We’ve only been there once for dinner and it was a long time ago. I was excited to check out their dinner offerings. At the end of this post, you can enter my giveaway to win dinner for two at Royal India.

There’s a pretty waterfall in the dining area that I’ve always admired. 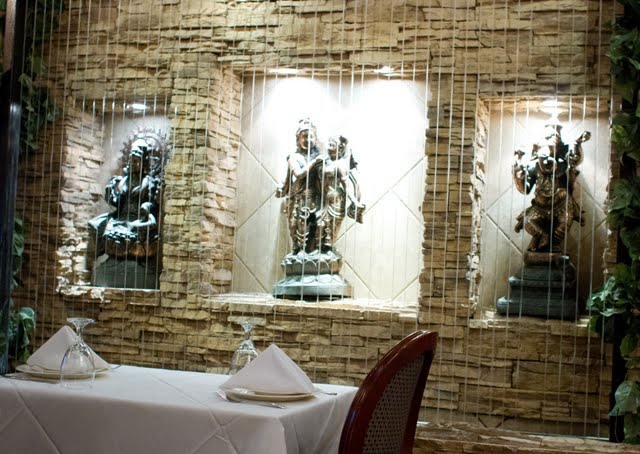 I was happy to see that the menu has expanded since our dinner visit a few years ago. There were so many options, I had a hard time choosing. You can view the full menu here. 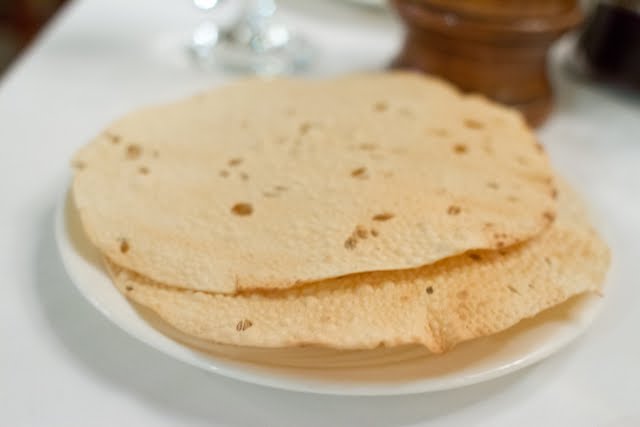 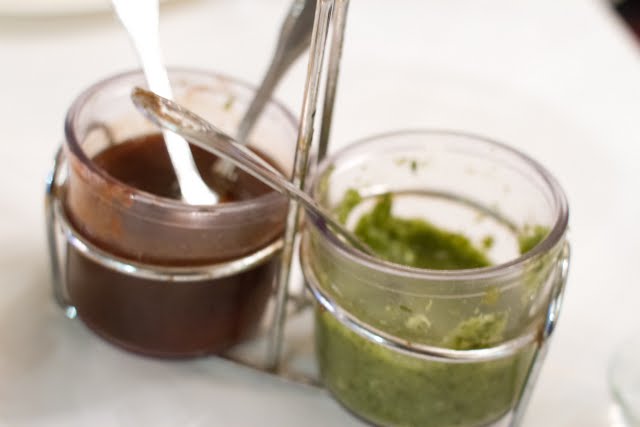 Two different chutney sauces, one sweet and one sour. 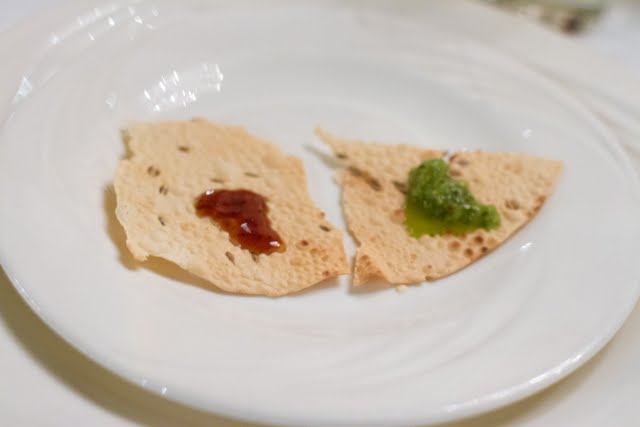 Mango Lassi and Blue Wave. Can you guess which one is FH’s? 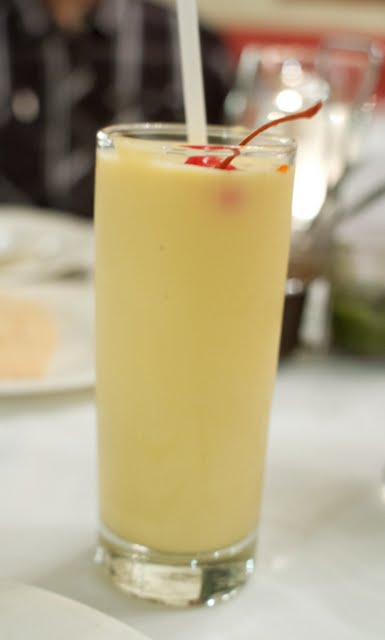 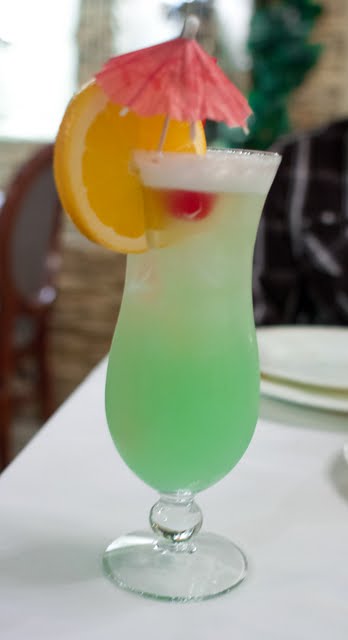 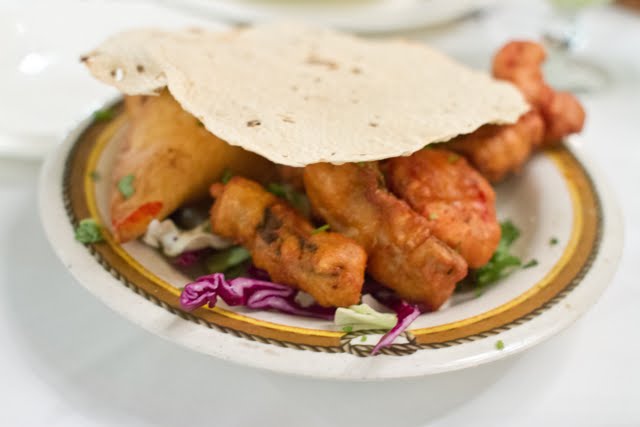 Since I couldn’t decide on one appetizer we chose a mixed plate. My favorite was the fish pakora which was moist and crisp. It reminded me of fish and chips. 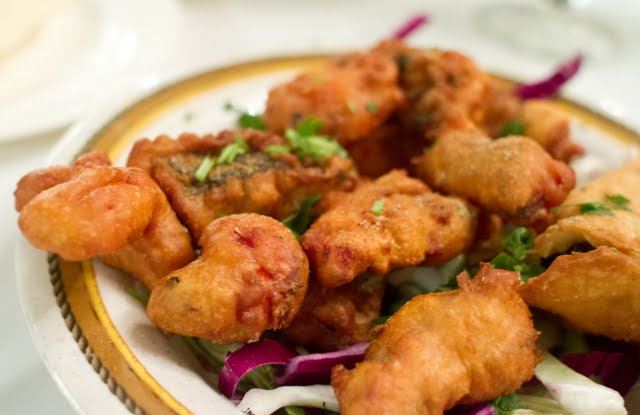 I also liked the samosa though I couldn’t really taste the lamb meat. It tasted like ground beef. 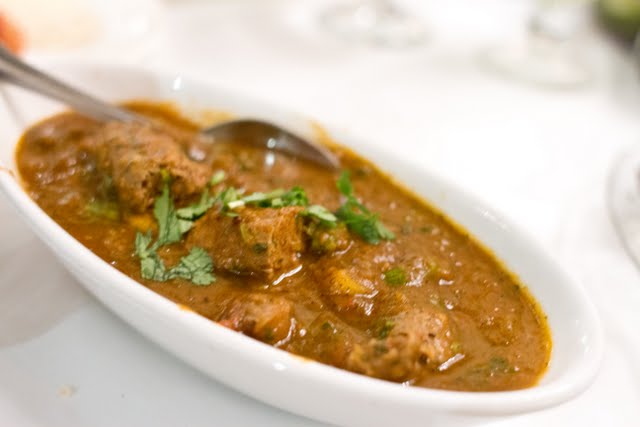 Surprisingly this curry did not have any spice level, which ended up being perfect for FH and his low spiciness tolerance. He found the herbs and spices a little overwhelming but I liked his curry. 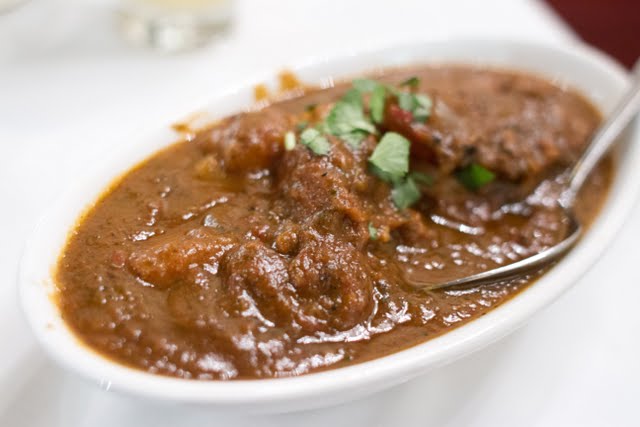 The curry was sweet and pretty spicy even though I only ordered a level 5 out of 10.  There were a lot of tender lamb chunks contained within.

The curries were accompanied with fluffy basmati rice which we both really enjoyed. 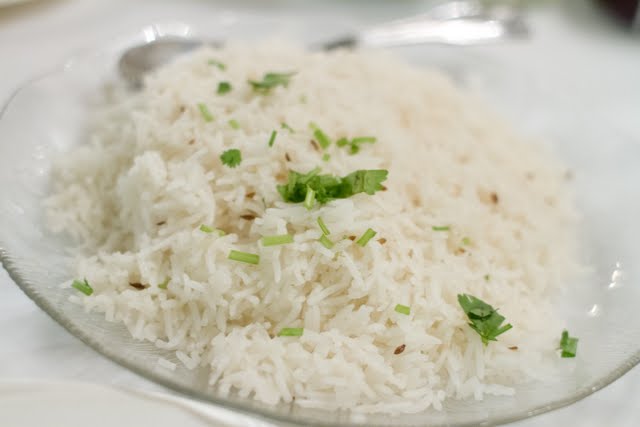 We also got an order of naan to soak up the curry. I’ve always liked the naan at Royal India. It’s very thin but still chewy and fluffy. Some places burn theirs, some places make it very thick, but the ones I’ve eaten at Royal India are always perfect every time. 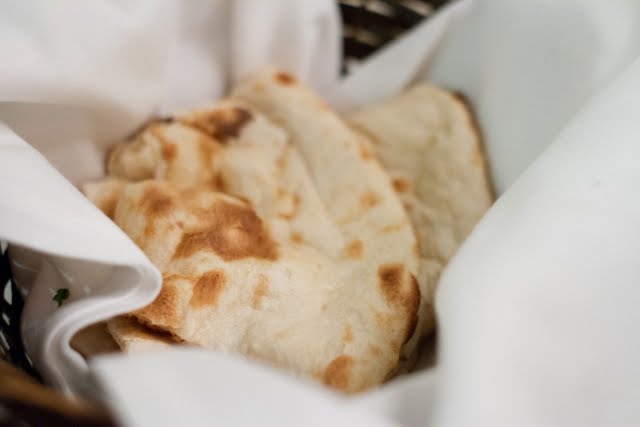 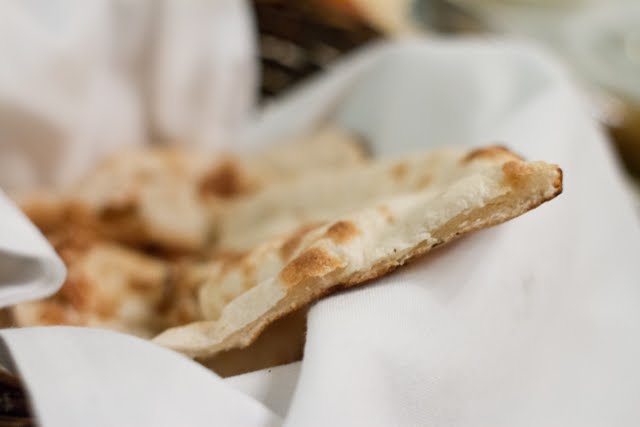 We ordered this mango dessert. 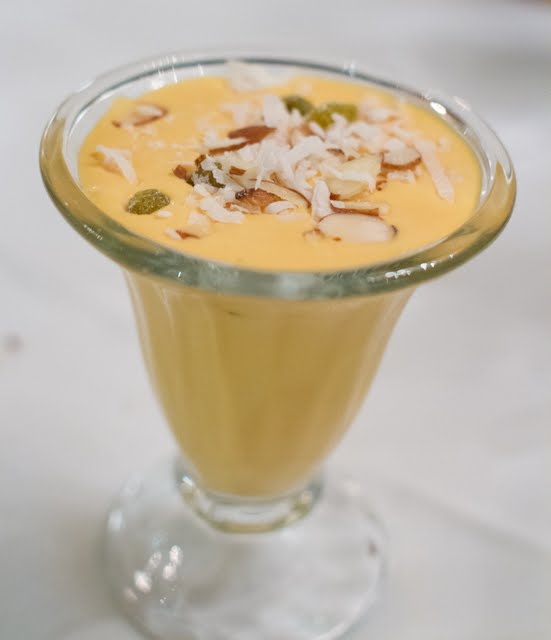 I can’t find it on the menu and I don’t recall the name. It’s basically mango with cream, raisins and coconut flakes. It’s a very liquidy, like a soup. It tasted very similar to the mango lassi though a little sweeter and with some texture added from the raisins and coconut flakes. I liked it but after having the mango lassi it was almost having the same thing again.

We previously had the kheer pudding here before which we really loved. It’s been our favorite version of kheer pudding we’ve come across and we haven’t found any other that tastes the same. So while I liked the mango, next time I’ll stick with the kheer pudding.

We had a lot of food and left full with many leftovers. The service here is very attentive and polite. The servers always said “excuse me” before interrupting us.

So now onto the giveaway. If you are interested in checking out Royal India or you are already a fan, here’s your chance to win dinner for two. One winner will be chosen and mailed a gift certificate for dinner for 2 (Up to $50, alcohol not included) at Royal India. You have until 11:59 pm on April 20, 2012 to enter. To enter, leave a comment at the end of this post telling me which entree you’re most interested in trying. For an additional entry, Like my blog on Facebook and leave a separate comment telling me you’ve done so. If you already like me on Facebook, leave a separate comment telling me that. Good luck!

Please note, our meal was complimentary, but the opinions expressed in this post are my own.

35 comments on “Royal India and Win Dinner For Two”